While there are countless cafes in Hong Kong to get your coffee fix, few are run by a team that is truly knowledgeable and passionate about their craft. Urban Oasis is one such place.

Located at the basement one level of Tsim Sha Tsui mall K11, Urban Oasis is new to the coffee scene, having been open for only around two months. With a simple black and red storefront and just one or two tables, takeaway is a popular choice for customers who don’t wish to linger.

The owner, Um, hails from Korea but has lived in Hong Kong for over twenty years. Over a cup of coffee (or five), Um remarks that the coffee market in Korea is mature and strong. While Starbucks and other large chains dominate, regular drinkers care about the quality and the origin of their coffee. In this sense, Hong Kong has a long way to go, but Um hopes to help this process along by bringing a little piece of Korean coffee culture to the streets of Hong Kong. 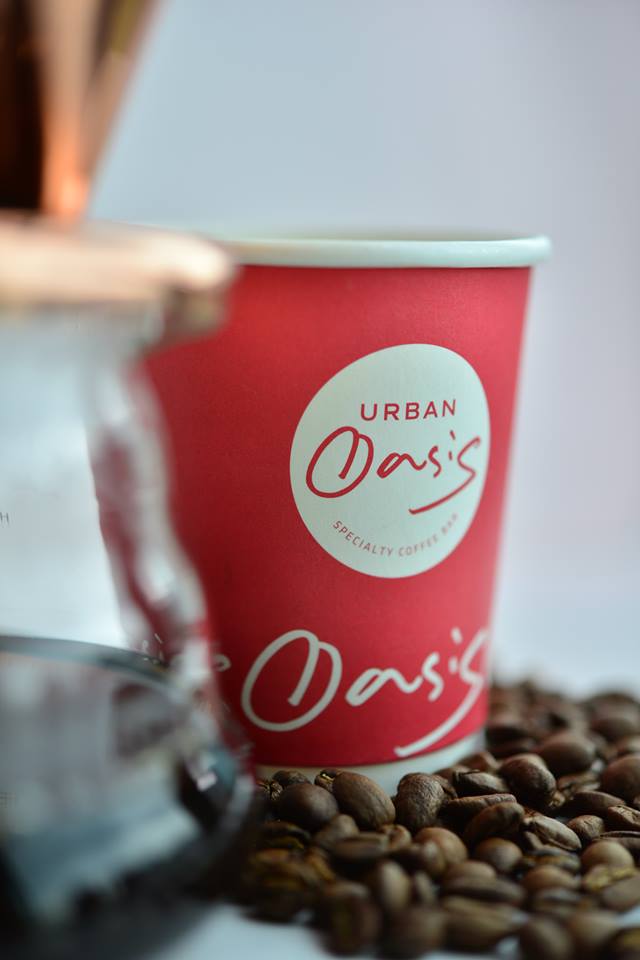 Urban Oasis prides itself on its specialty coffee, which the Specialty Coffee Association of America (SCAA) refers to as "the highest quality green coffee beans roasted to their greatest flavour potential by true craftspeople and then properly brewed to well-established SCAA developed standards". The cup has to have a graded score of 80 or above in order to be classed as specialty coffee. Commodity coffee from the likes of Starbucks and Pacific Coffee focuses on brand and convenience, a far cry from specialty coffee.

Undoubtedly the most popular drink at Urban Oasis is the orange cappuccino. Beautifully adorned with a thin slice of orange, the citrus taste is subtle enough to add to the aroma of the coffee without being overpowering. While orange and coffee may not sound like the most ordinary combination, the sweetness complements the flavour of the coffee in a way that might be surprising to the traditional coffee drinker who orders exclusively espresso drinks. 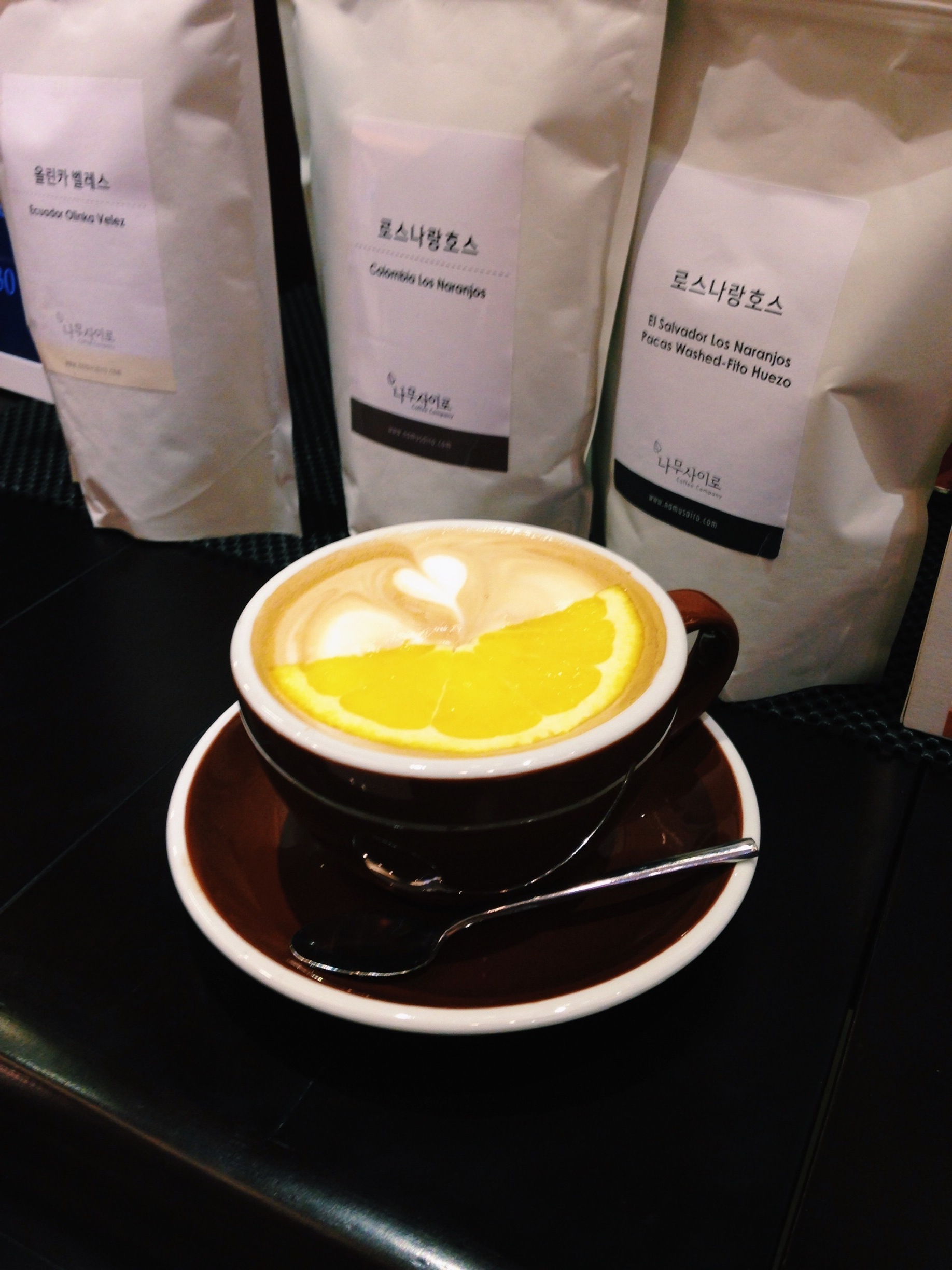 Non-caffeine drinkers will delight at the ‘Korean Drinks’ section of the menu which features drinks that are caffeine-free. The sweet potato latte, in which boiled sweet potato is infused, is a curious concoction that shouldn’t be missed by any self-proclaimed lover of the root vegetable. The Vienna coffee, another one of their signatures, is also a favourite; fresh whipped cream is twirled on top of hot coffee, resulting in an appropriately sweet blend of hot and cold. 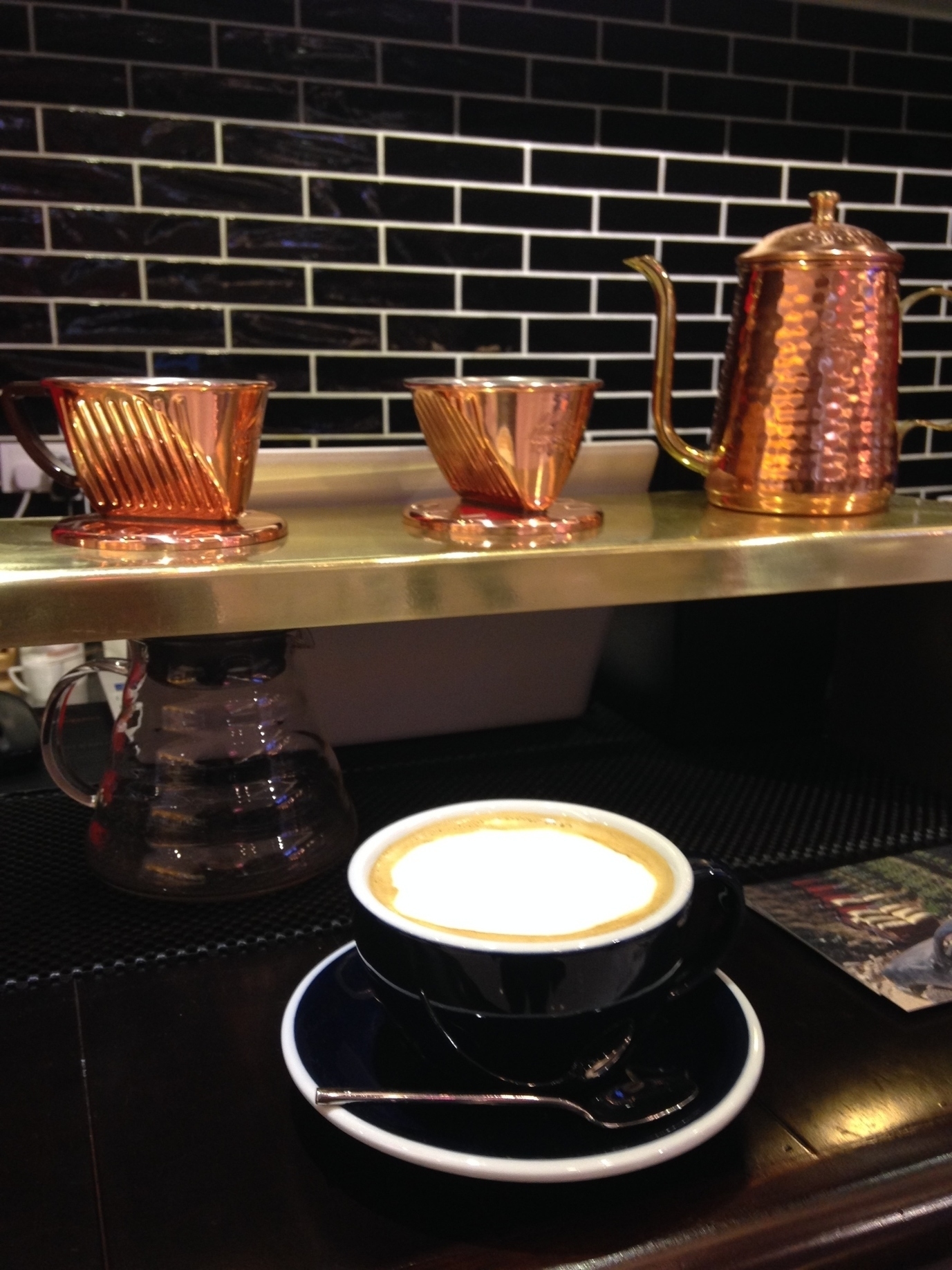 Not on the main menu but equally worth a taste is the number of single-origin hand drip coffees, offered on rotation depending on the freshness of the beans. Drinking single-origin hand drip coffee is like, in layman’s terms, paying for one drink and tasting three. The Nohemi Ventura Pacamara washed from El Salvador, scoring 94 points in the 2015 Coffee Review, is floral, fruity and nutty all at the same time, depending on if it’s just hit your tongue, being held in your mouth or swallowed. 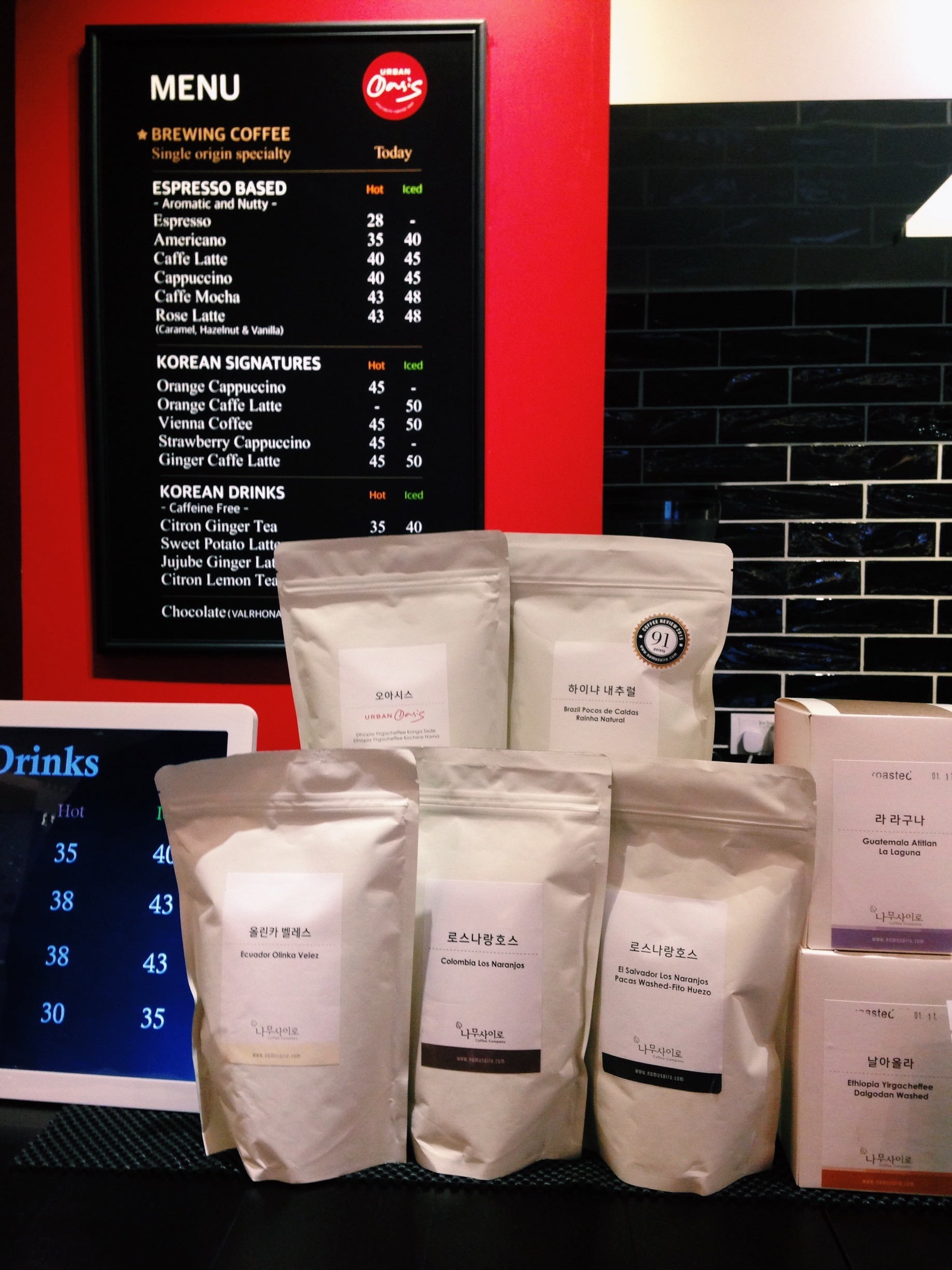 Acknowledging that farmers make little from the coffee trade, Urban Oasis supports not just the practice of fairtrade, but direct trade as well. Um works closely with his partner, Jae Sun, who has been a master of roasting coffee beans in Korea for 14 years. She visits Ethiopia and other African and Latin American countries, several times a year and purchases the beans from the collectives themselves, ensuring both freshness of the roast and ethical treatment for everyone in the trade.

The menu at Urban Oasis is tweaked every so often, with some items added and removed as decided by Um. The new addition, strawberry cappuccino, is already gaining traction and Um hopes to add more cold drinks to the menu as the summer months approach.

If quality coffee, inventive tastes and a passionate team behind it all is what you’re after, Urban Oasis might just be your next holy grail of coffee shops.