A group of food writers went on a quest to find the best Korean food in Central at The Good Food Tour: Korean Edition

The recent surge of Korean food in Hong Kong has meant we've seen a lot more fried chicken filling up our Instagram feed. It seems once you say those three magical words, Korean Fried Chicken, people go nuts liking and sharing and queuing like there's no tomorrow. We're not complaining here, well perhaps a little about the queuing in TST, but we're delighted to see more Korean restaurants on the food scene. We're even more delighted to see that the new additions in Central are much more than fried chicken; its rice cakes, it’s the housemade kimchi that surpasses the popular cabbage, it's Korean hot pot, it's the beef tartare, the bibimbap. Some more traditional and others made with a modern twist. Arriving hungry and ready to feast, we joined a group of other food-loving professionals and paid a visit to Seoul Bros, Jang and TaKorea. 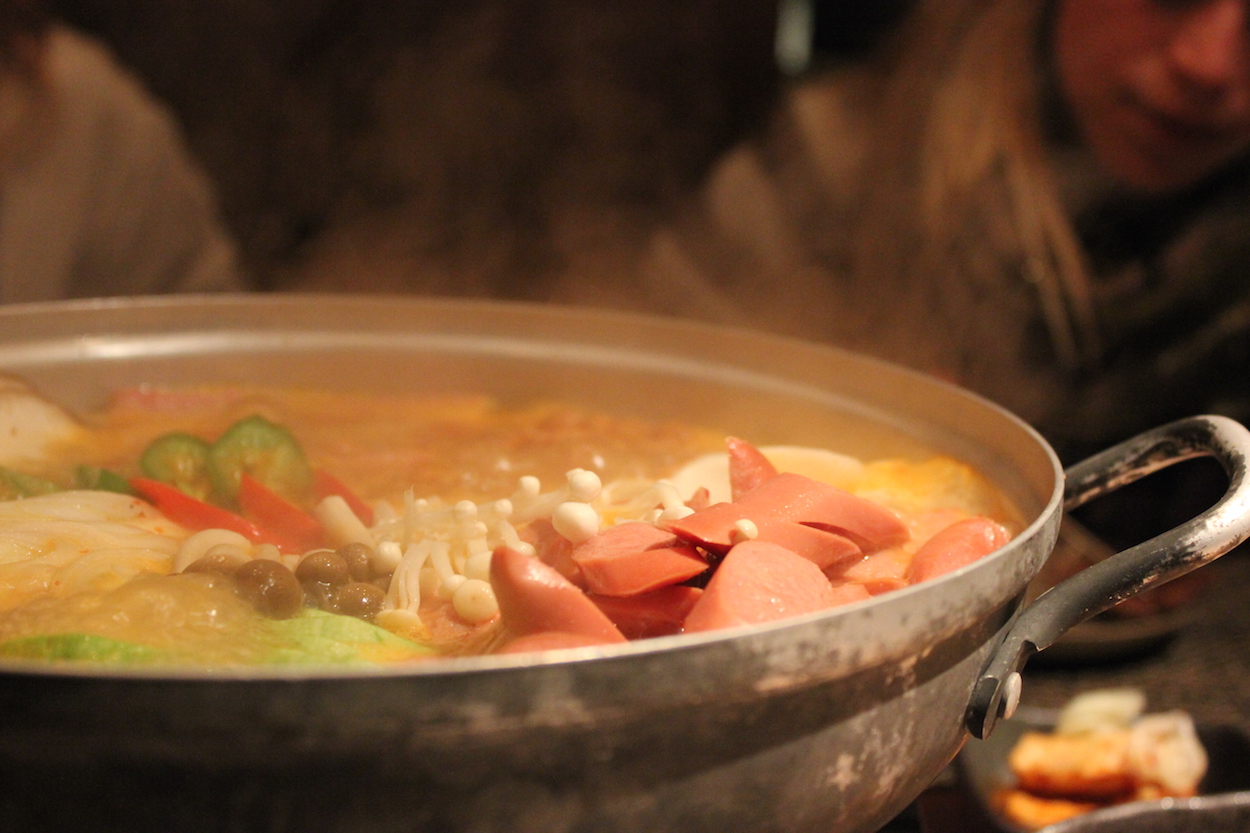 Hot pot at Jang: "Who knew spam tasted so good?"

Starting off at Seoul Bros, just off Hollywood Road in Soho, we were greeted in earnest by owners Iggy and Brian who explained their more modern concept of responsible fast food. There aren't place settings and table napkins here. Seoul Bros is about bringing hearty food with influences from South East Asia and America and reinventing it into a cool, cap-wearing, K-pop bopping hangout. We'd see ourselves here either at the beginning or at the very end of a night out. Fresh, full of flavour and with just the right amount of grease to soak up those Friday vibes, yes, we'd see ourselves here on a responsible night out. Needless to say, their kimchi fries and chicken bites smothered in sticky sweet, sour and spicy sauces were big hits with the group. The bibimbap was topped with a perfectly cooked velvety layer of egg, which mixed in with the rice and beef to make a substantial snack before we packed up and moved on to even more food. 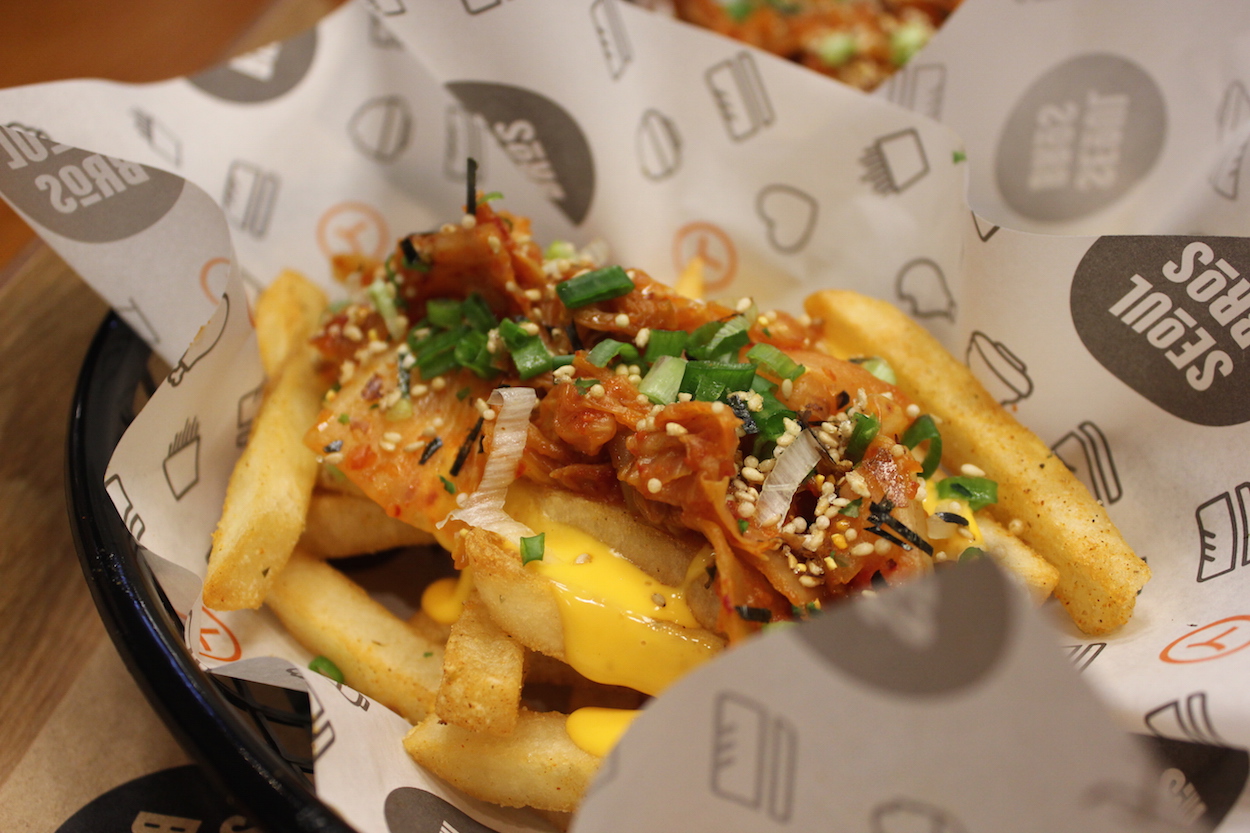 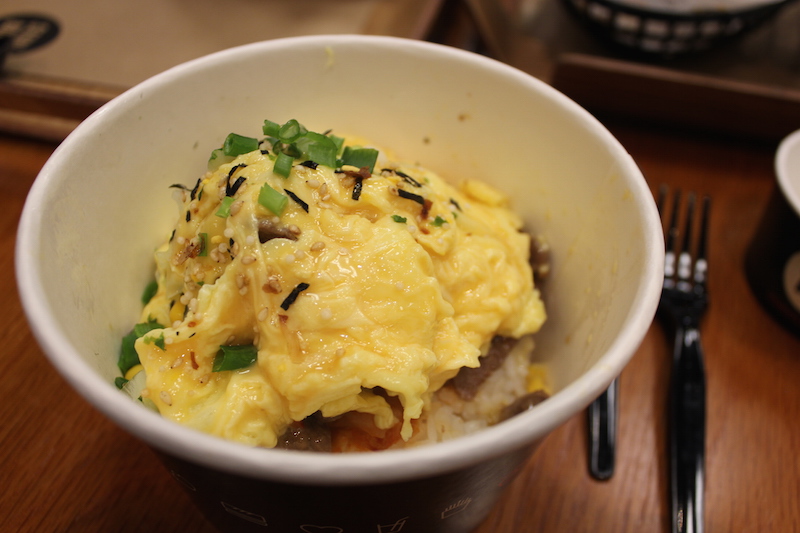 Bibimbap with beef and velvety egg at Seoul Bros

Mood lighting and a long table in the VIP room awaited us at Jang and we settled in, trying to contain our K-pop high from Seoul Bros at this more refined restaurant. Out came the usual suspects of kimchi and other addictive pickled things and then before we knew it, a feast appeared before our eyes. Grilled meat is a must and would be a crying shame if you dined here without it, but the raw crab and raw beef are also must-tries. Our first hot pot of the evening was filled with fresh veg, sausages and spam, to which the staff topped with a clear broth and finished with noodles. Wonderfully warming, fellow blogger Michelle proclaimed "Who knew spam tasted so good?" Who doesn't know, is our answer to that. 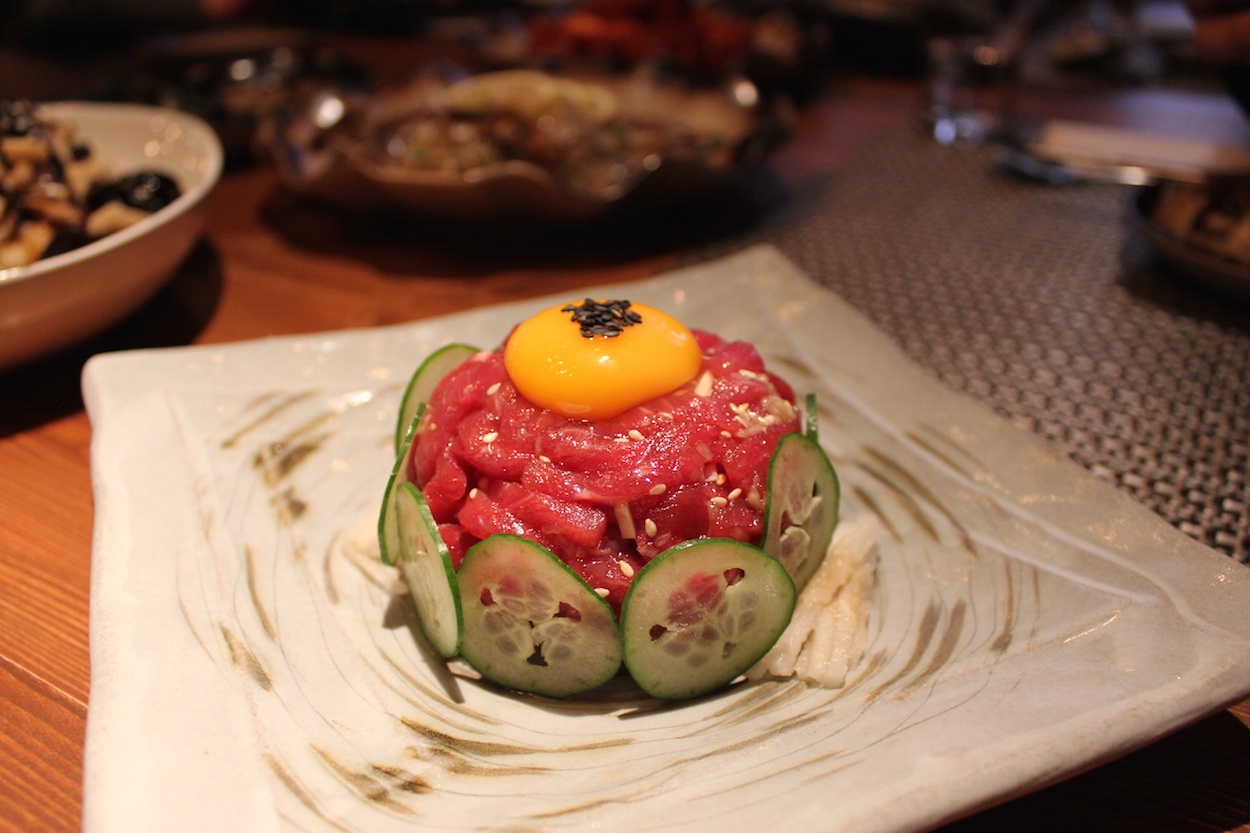 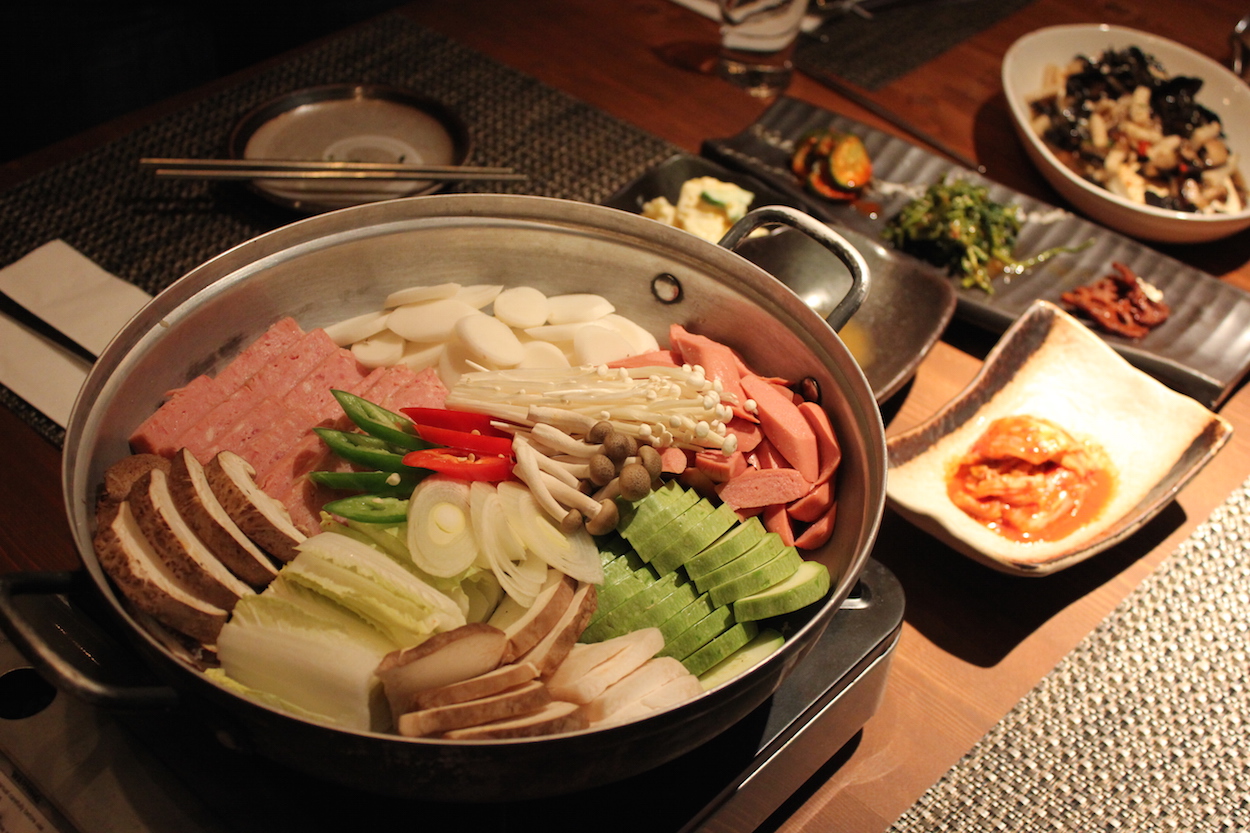 A feast for your eyes: hot pot among other pickled things at Jang

Our night ended merrily at TaKorea, where we were offered enough soju to ensure a much-needed detox for the rest of the week. We love the food here as much as we adore the owner and mother of two, AhYoung. Not only a wizard in the kitchen with her Korean-style burritos and tacos, she also knows a fair few drinking games, making this one of our favourite hangouts any night of the week. No one was spared with their Gojingamlaeju, a fun and dangerous concoction of beer, coke and soju that had to be downed in one. If you're new to TaKorea, come here for the eggplant anything, which can be in the form of a burrito, rice bowl or tacos. This is fun, casual, no nonsense food. To top our night off, because we weren't already bursting with kimchi, we had another hot pot of rice cakes, fresh veg, sausage and noodles in a thick and spicy sauce. Nothing is wasted here and the broth at the end is used to make a rich fried rice. 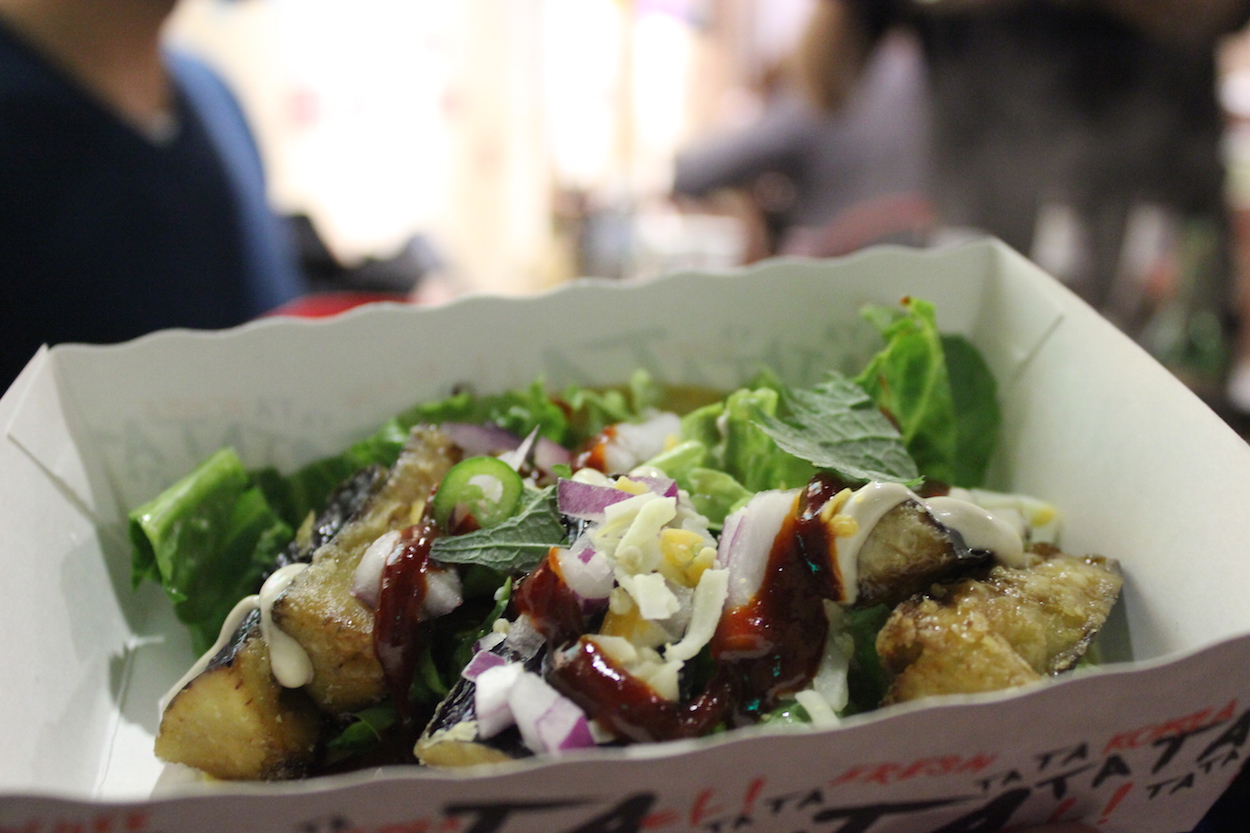 Get the eggplant anything from TaKorea 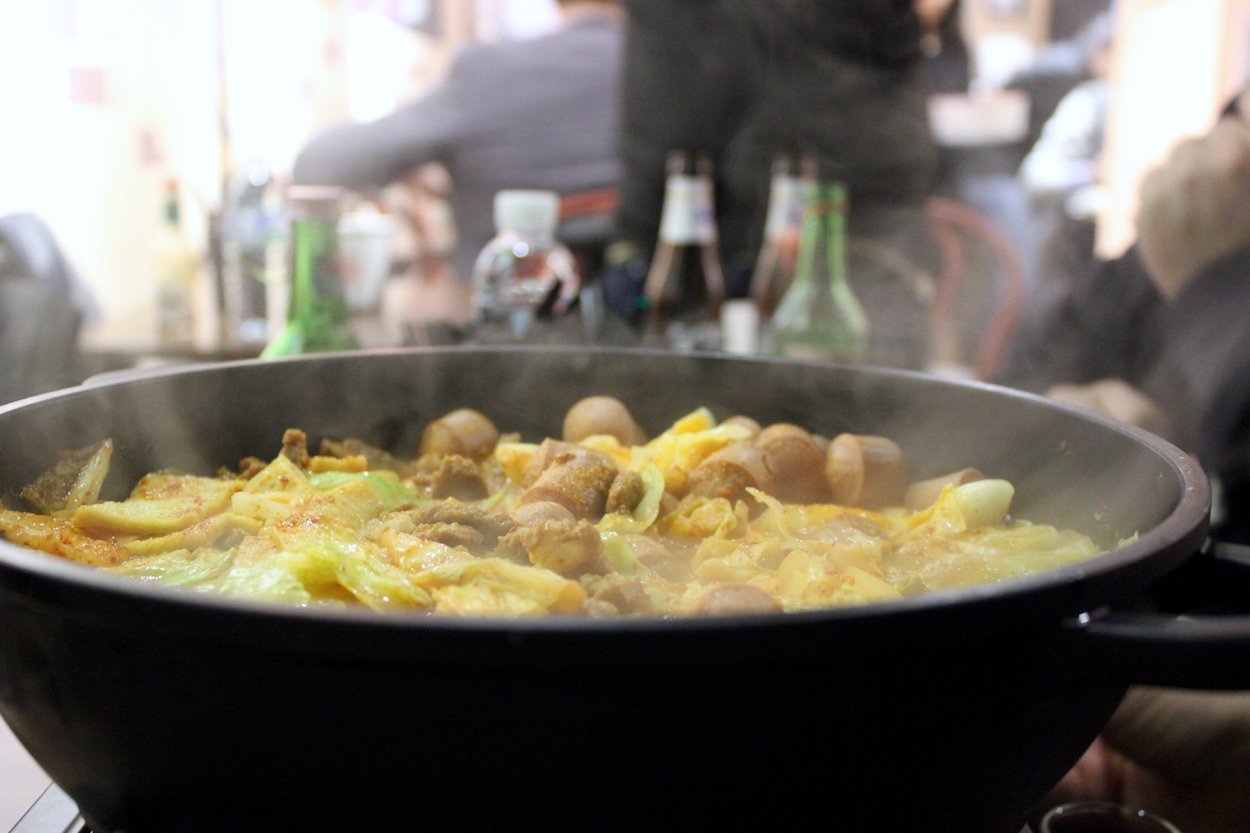 Korean food: it's popular for a reason, which was what we concluded from The Good Food Tour, and the new additions of Seoul Bros and TaKorea make it a fun way to fuel your nights out, whereas Jang provides perfect feasting food. We won't even complain the next time we see a new Korean open up shop as now we know that you can never, really, have too much of a good thing.

Foodpanda will be hosting another four Good Food Tours in the coming months. We can't wait to see what they have planned for next month because whatever it is, this one will be a hard one to top.