Ever come across a cluster of spongy bubbles in your Hong Kong street drink? That would be sago

Resembling a big old bowl of snowy sheer hail fallen from the sky, these tiny white gelatinous pearls are actually formed from a powdery starch gathered from the trunks of sago palms. Unlike the solid balls of weather, sago pearls are pliant, squishy and great fun to chew. Often compared to tapioca, although produced from a different plant, sago may be used interchangeably with topioca, although sago is known to be less sticky than its starchy sister and easier to work with. These little sago grains are often used in puddings, as an addition to rice for a low-calorie filler and to make the ever-popular Hong Kong bubble tea seen ubiquitously on the streets of Causeway Bay. 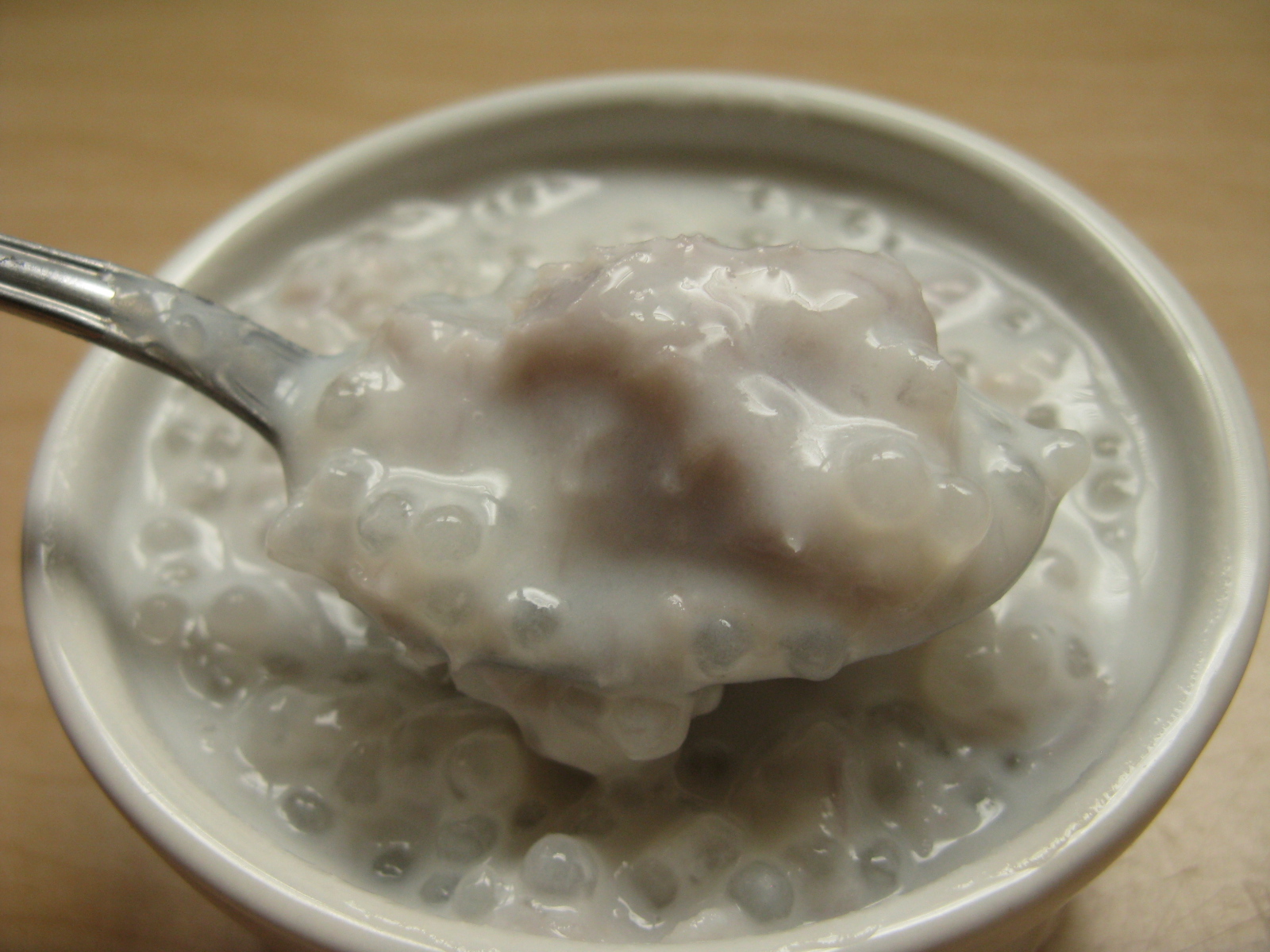 This starch is a complex carbohydrate taken from the centre of palm stems. Sago palms grow rapidly, around one and a half metres each year, in the lowlands and swamps of the tropics that are typically unsuitable for other forms of agriculture, meaning that cultivating sago often proves to be the most ecologically sound form of farming for the lands on which it grows. The East Indies contains the largest supply crop of sago. The palms are harvested just before they are about to flower, at somewhere between seven to 15 years of age. One palm tends to produce around 300 kilograms of starch, which is ground into a powder from the pith of the tree. Pearl sago is often used during religious festivals in India as a light meal for fasting days, and in the 1800s, two crew members of a ship called the Betsey were marooned on an island off the South China Sea, where, until they were rescued, the men managed to stay alive by relying entirely on a diet of sago. There are no great nutritional benefits of powdered sago to sing about, with little vitamins, minerals and protein, but its carb count allows it to function as a staple in many countries around the world.

How is Sago used?

Sago is particularly popular in New Guinea in pancake form, in Malaysia as an ingredient in fish sausage, as well as to make noodles, and in India where the powdered flour form is used in many recipes including flatbreads, pancakes and biscuits, as well as in traditional Indian medicine as a herbal remedy to cool the body from overheating. It can also be used as a thickener for sauces, soups and gravy. Sago starch can be mixed with boiling water to create a gooey batter. To produce the round beads, the batter is then forced through a sieve and heated at high temperatures. The starch can also be useful in the textile industry for stiffening fibres and is often used as a prime element in paper and plywood.

In this city, the place you'll probably find your sago is at the bottom of a bubble tea, sucked up through an enormous straw. It's something that's more meal than drink, and although we're not sure we could exist on it alone like those shipwrecked sailors once did, a nice pearl sago milk tea is a Hong Kong staple for us.