Restaurants with fictional muses are all the rage right now

Ever heard of the secret umbrella shop in Central? Well, it's not really a umbrella shop. It is a British bar that goes by the name of Foxglove. The beautifully decorated umbrella reception area exudes the style of a well-heeled English gentlemen. Once you step foot through the secret door and into the bar, you'll see shelves of exquisite umbrellas lining both sides. This concept all revolve around one umbrella story: a single umbrella, deemed the foxglove, after the flower, was designed and inspired by the adventures of the dreamt up English gentleman, Frank Minza, who has travelled the world and exudes charm, style, charisma, and is effortlessly polite and cool. Foxglove is sold as a place to hide from the rain, a place for shelter and comfort and a place the fictional Frank would be found holed up in on any given evening enjoying one of their carefully crafted cocktail and listening to their live jazz music.

Another hidden gem, from the same owners in Foxglove, lives over in Sheung Wan and is equally hard to locate from behind the chop shop exterior with a secret stamp that unveils the exciting interior to the restaurant, Mrs. Pound.  The imaginary Mrs. Pound is a woman also possessing charm and charisma with exotic features that brought her into the hearts of all who laid eyes on her. The story goes that as a dancer, she travelled the world bouncing from suitor to suitor but during the height of her popularity she eloped with her one true lover - Mr.Ming. Her mysterious disappearance from the public led to the hidden store front in Sheung Wan where behind a door lies her personal domain (that also happens to serve up delicious Asian street food). 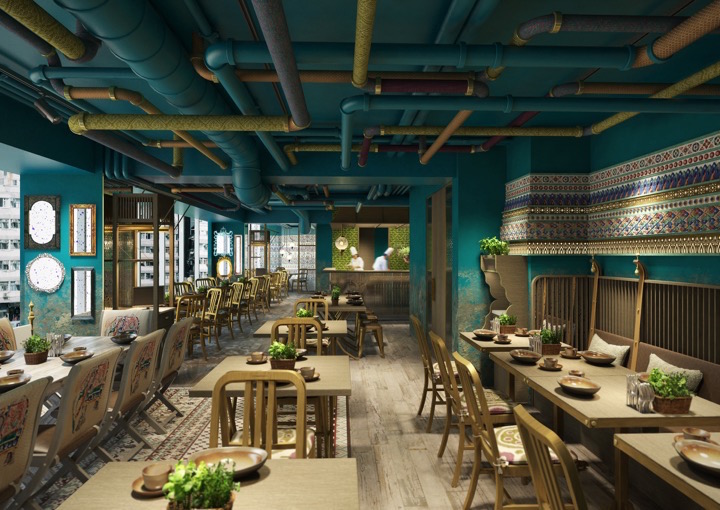 Many art forms have a muse to inspire the creator and the restaurant biz is no different. One of Harlan Goldstein's new ventures is My Tai Tai, a restaurant built around the invented life of an affluent Thai woman with a love of food gathered from her adventures travelling throughout the regions of the country and bringing the recipes to her Hong Kong restaurant. 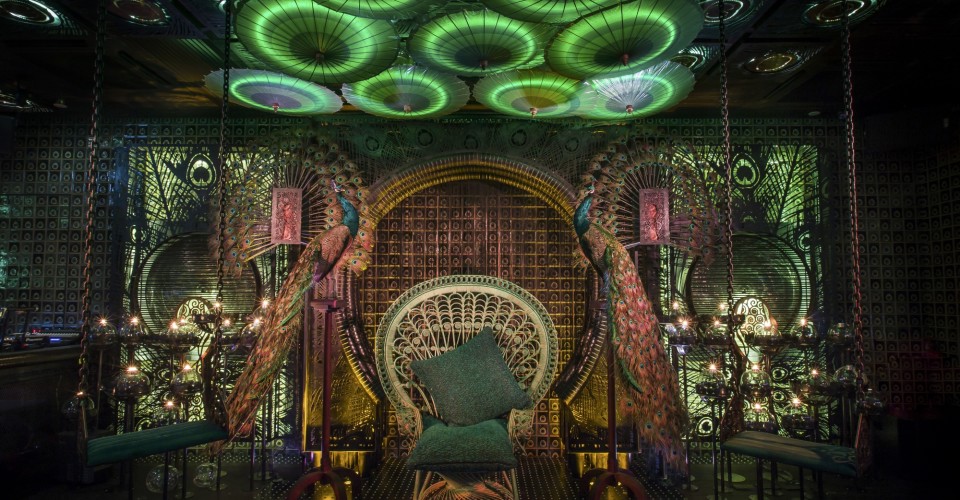 The story of Ophelia surrounds a man, Mr. Wong, with a passion for birds, particularly peacocks. Located in Lee Tung Avenue in Wanchai, this bar is like nothing you have seen before. A mysterious and quirky place with an entrance filled with the hanging bird cages of the make-believe exotic bird-collector. It is said that once upon a time, a majestically beautiful peacock came to Mr. Wong's doorstep with the name "Ophelia" engraved on a gold band..... 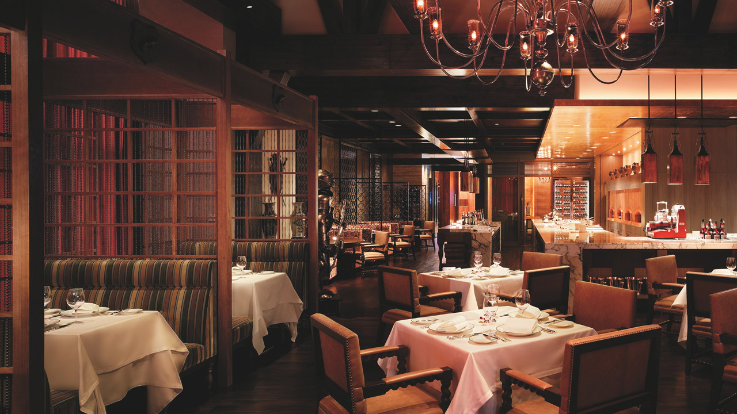 This restaurant within the Hyatt Regency, is named after Hugo Ludwig Wihelm von Gluckenstein, a fictional character inspired by Greek Mythology. He only served the best of food and wine to his guests and never stood for anything but the best. This fine European eatery aims to serve the same, using the finest ingredients.