What happens when you challenge chefs to put away their meat, their eggs, their dairy, and create delicious flavours exclusively from plants? That's what Peggy Chan of Grassroots Pantry has set out to do with her new collaboration, The Collective's Table, where she invites renowned chefs to come into her kitchen and put their skills to the test by removing their most beloved ingredients and forcing them outside their comfort zones to create exceptional cuisine without them. 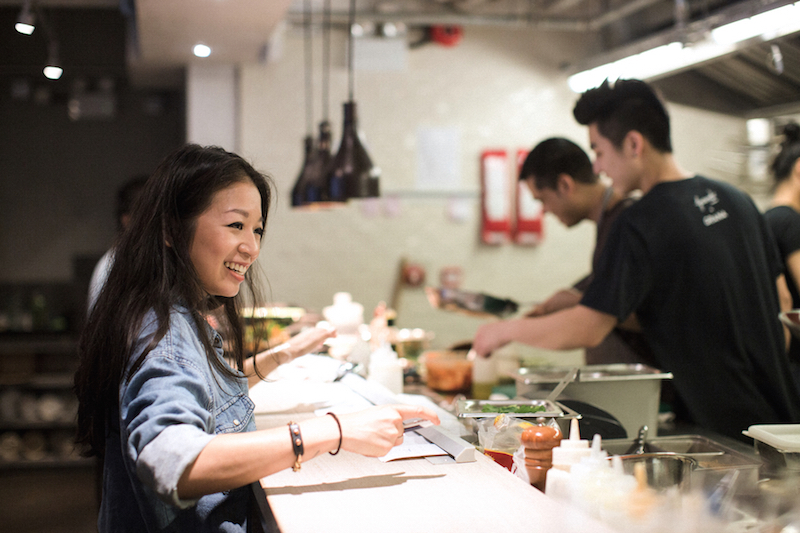 Her first chef put to the test was none other than Richard Ekkebus of Amber, who spent a week with Peggy and together created a fine-dining menu with dishes of white asparagus miso, smoked dauphine potatoes, buckwheat raviole, mushroom marrow and jackfruit posset.

Next came her collaboration with Linguini Fini to challenge their classic homemade Italian dishes. While the idea of beetroot salami didn't immediately send slivers of anticipation down our spine, put in the hands of Vinny Lauria made our taste buds up for anything. We are also big fans of Peggy and her unique brand of raw vegan, so we were calmly confident about the flavours to come from her challenge to veganise Vinny. 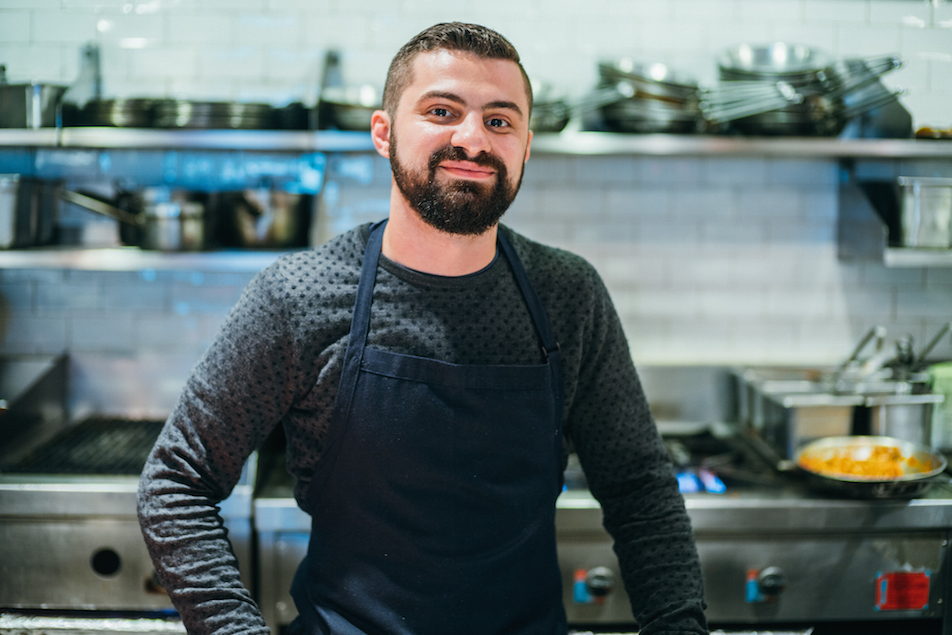 The antipasti platter started with the crunch of pickled fennel and kohlrabi, a unique and delicious beetroot salami, a tangy tofu manchego and a meaty mushroom prosciutto. 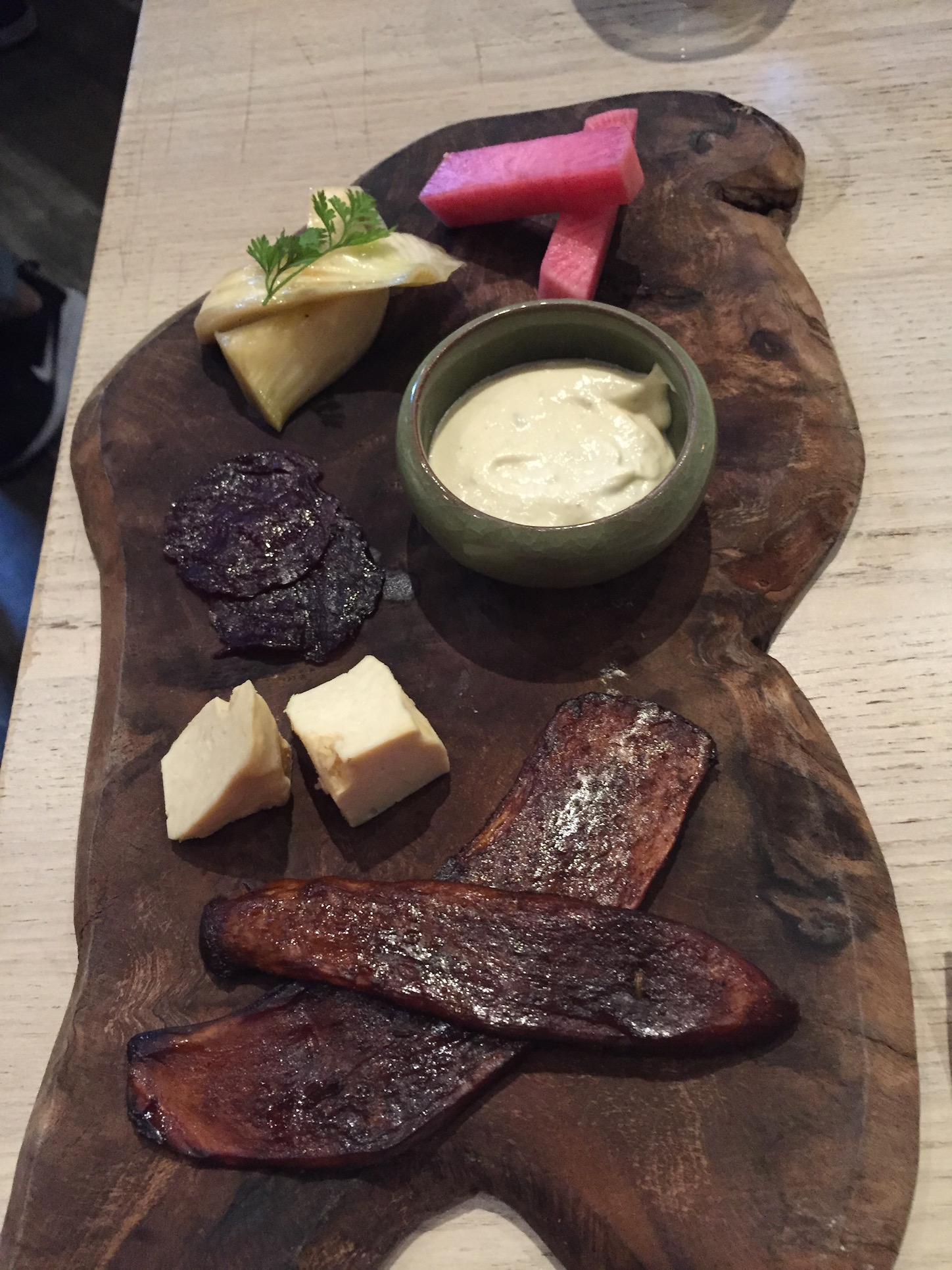 The avocado pizzetta was flavoured by a healthy spattering of aromatic truffle. Vinny built two versions of this dish, one that used homemade burrata, and one that was fully vegan using tofu to add a cheesiness to the pizzetta. 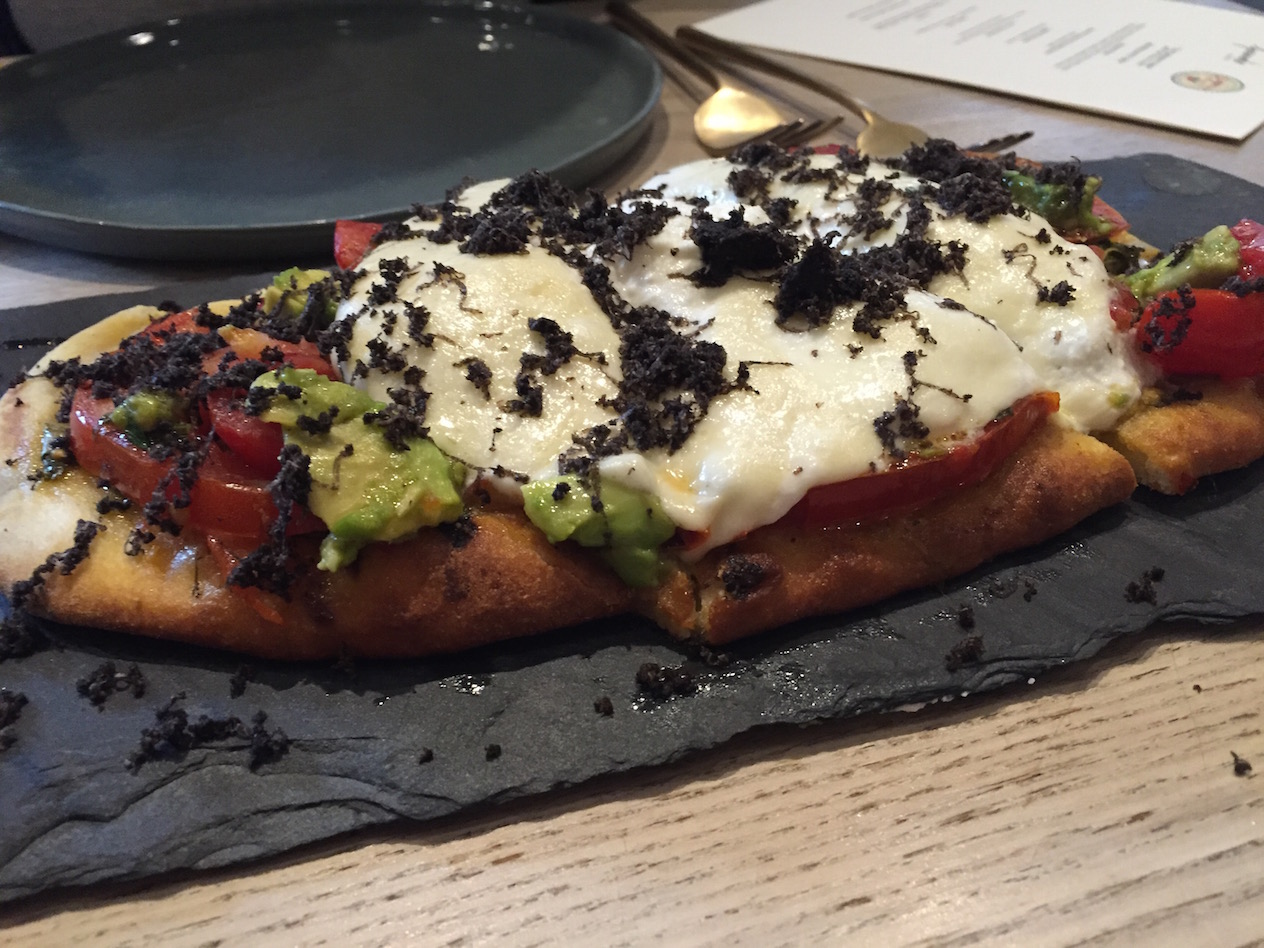 We didn't miss the meat in his flavourful eggplant bolognese that had a firm crust on the tidbits of vegetables and a slow building heat to it that was so reminiscent of the traditional dish, we actually found it preferable to the carnivorous version. The risotto that followed was chock full of heat thanks to the Bhutanese dried chili and gained texture from the mixed grains and springy cordycep mushrooms. 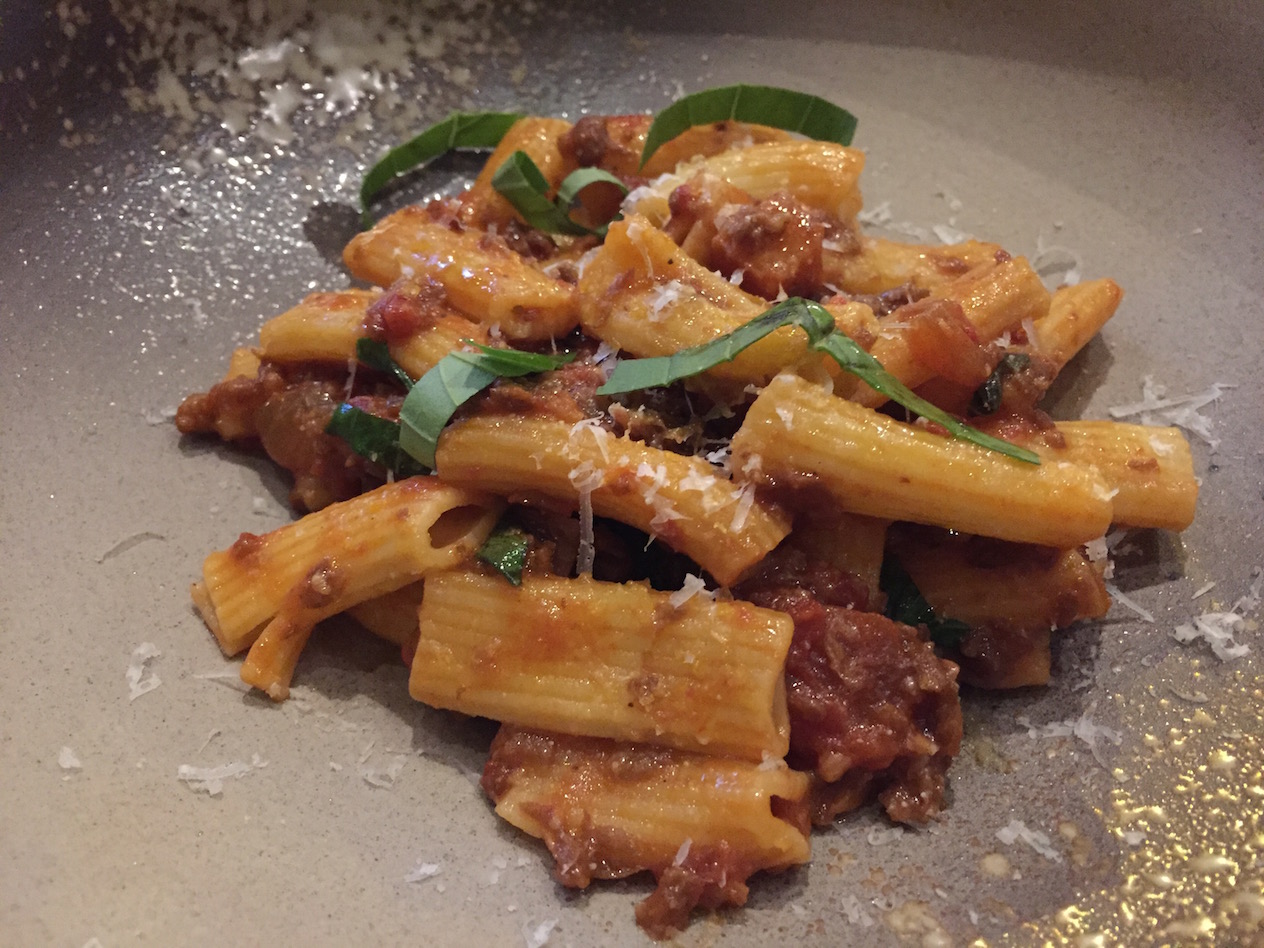 The vegan butter that accompanied the apple crostata was a moreish addition with a spoonful of cinnamon zabaglione on the side and a power-shot of whisky because as Vinny says "Whisky goes well with everything". 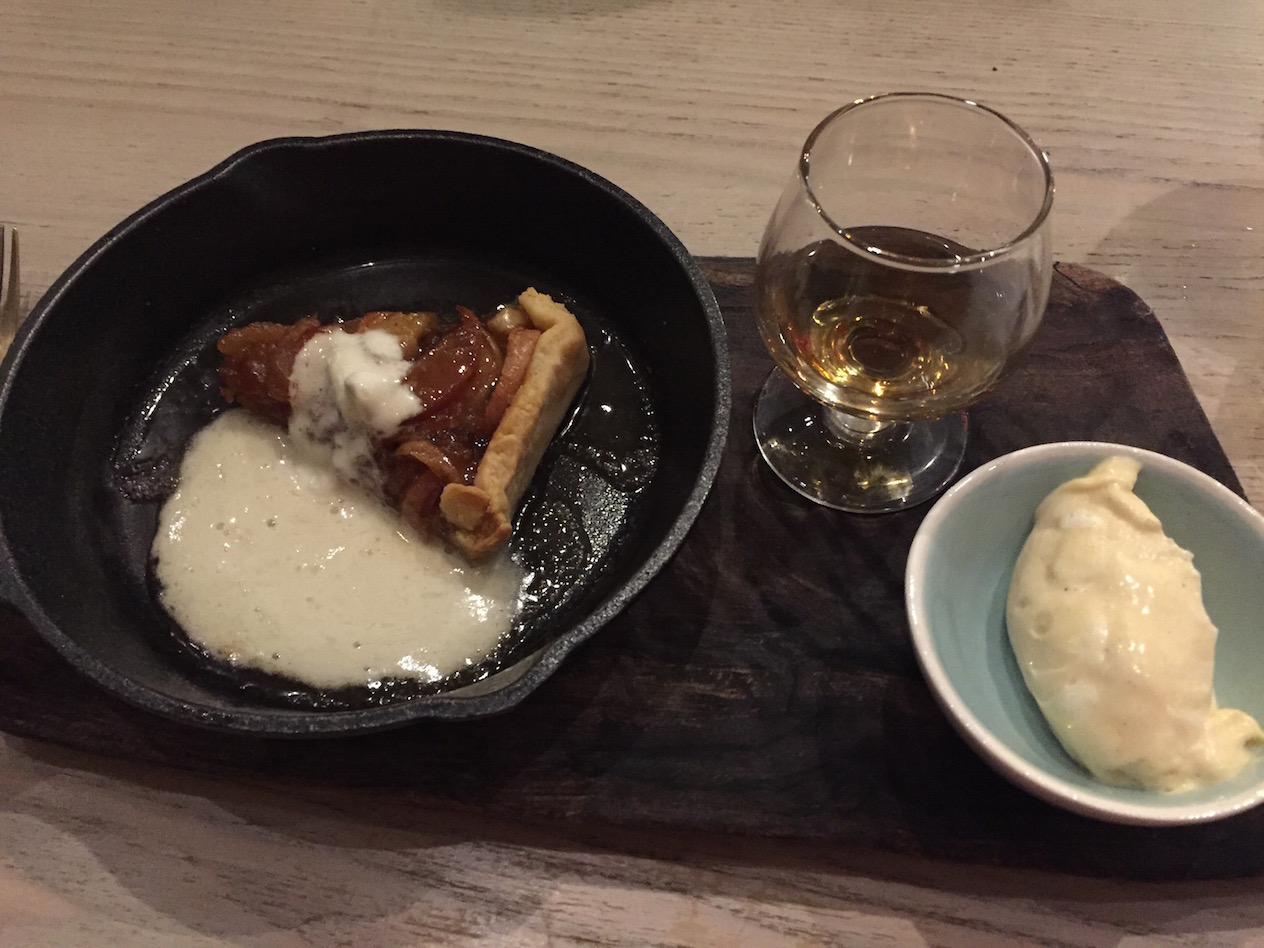 The meal was paired with wines that complemented each course, along with a visit to each table from Vinny to introduce each dish and discuss the ingredients with the diners, that made the meal more of an event than a simple supper. We loved the entire idea of the chef collaboration, the planned interaction between the chefs and guests, and, of course, the extremely enjoyable food.

And the collaborations do not end there; Peggy has two more well known chefs booked in to continue the challenge in the Autumn, although she's not revealing their identities yet so stay tuned...