The chef: A star in his native Korea, not only for his stellar cooking but also for his K-pop-style good looks and charm, Chef Lim Hee Won took a real risk setting up shop at Momojein in Hong Kong last year after more than a decade of success in his homeland. But the gamble has paid off, with the restaurant winning over scores of diners with its cool-yet-casual vibe and creative Korean cuisine (Momojein took home an honourable mention for Best Casual Restaurant in this year’s Foodie Forks awards). 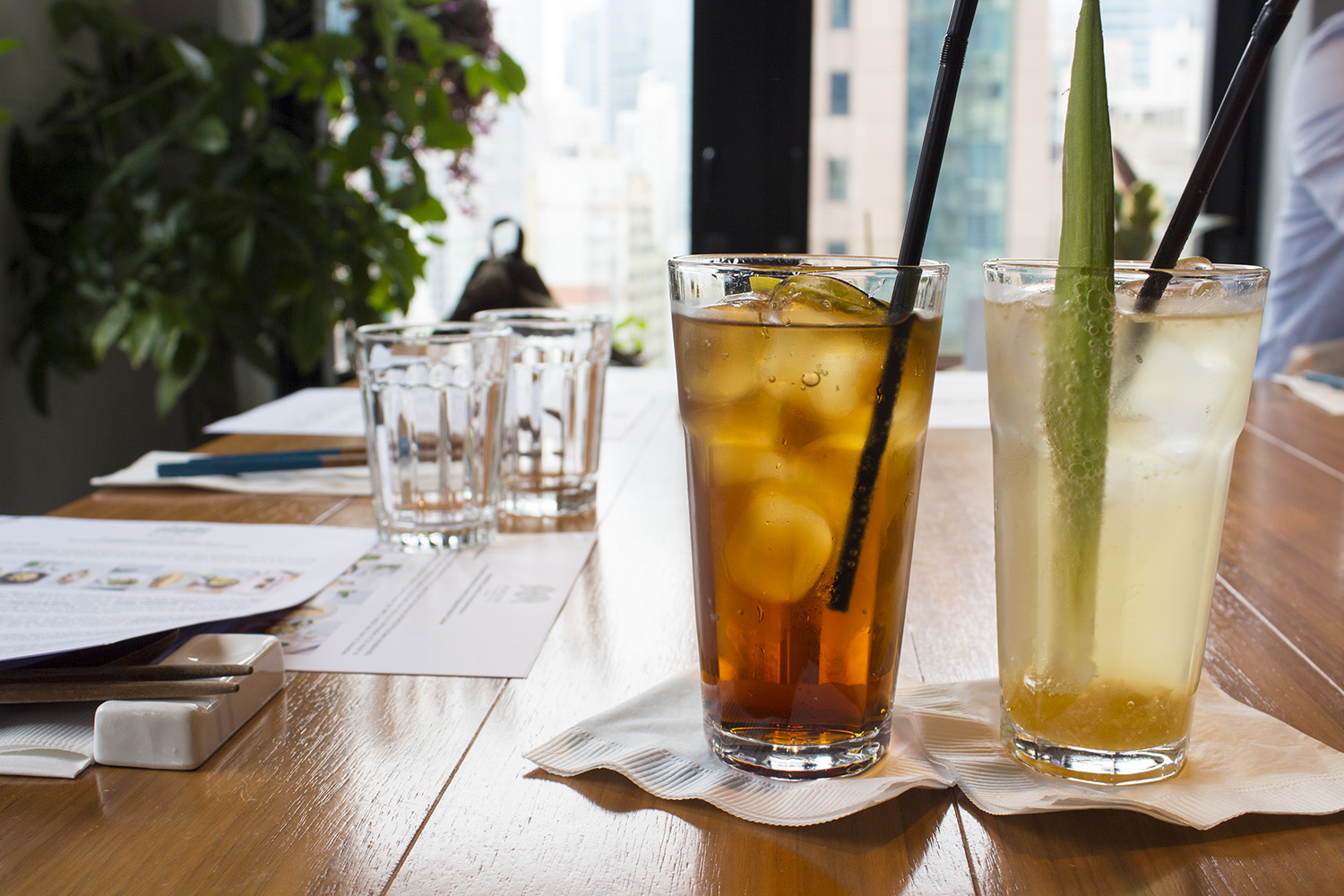 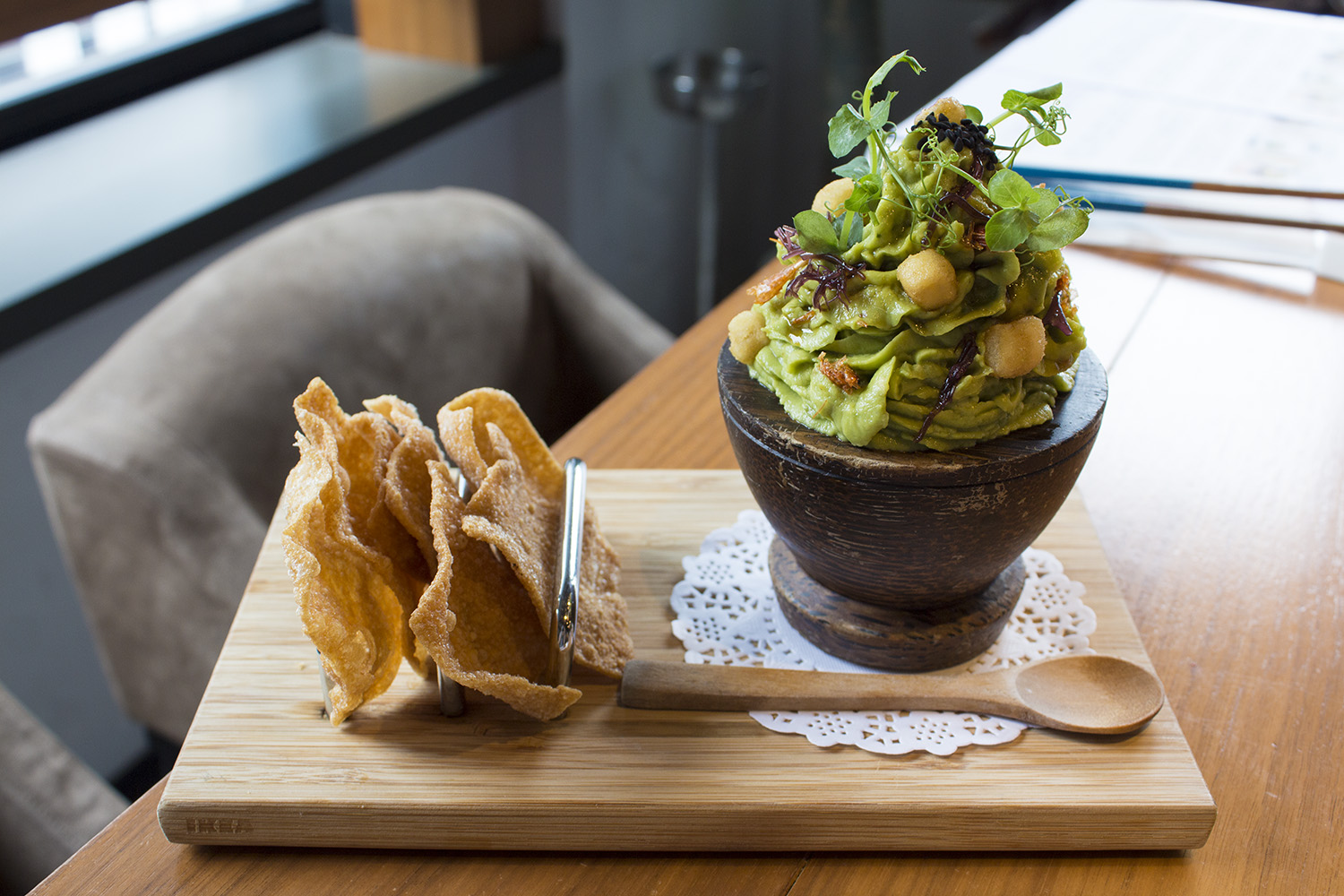 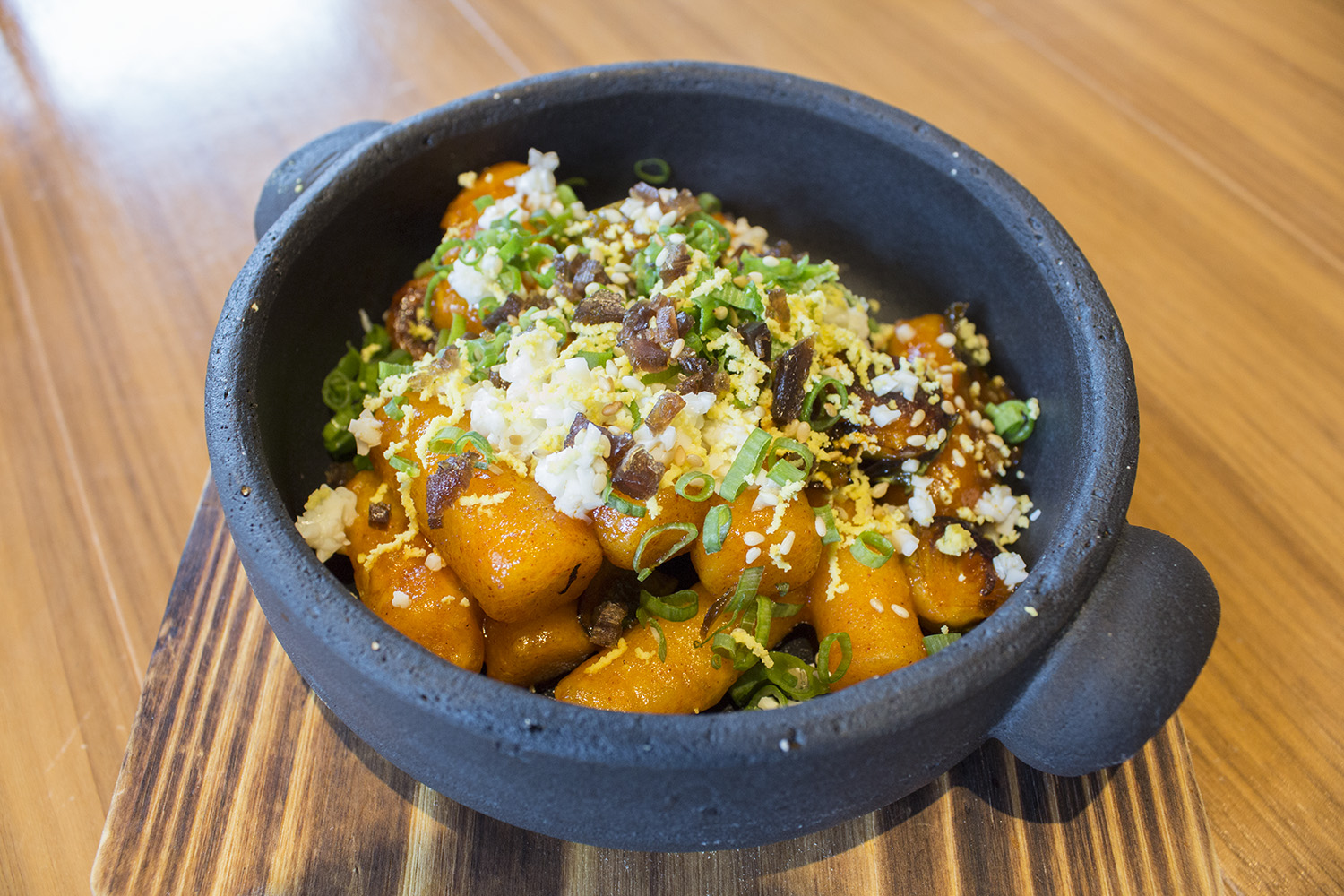 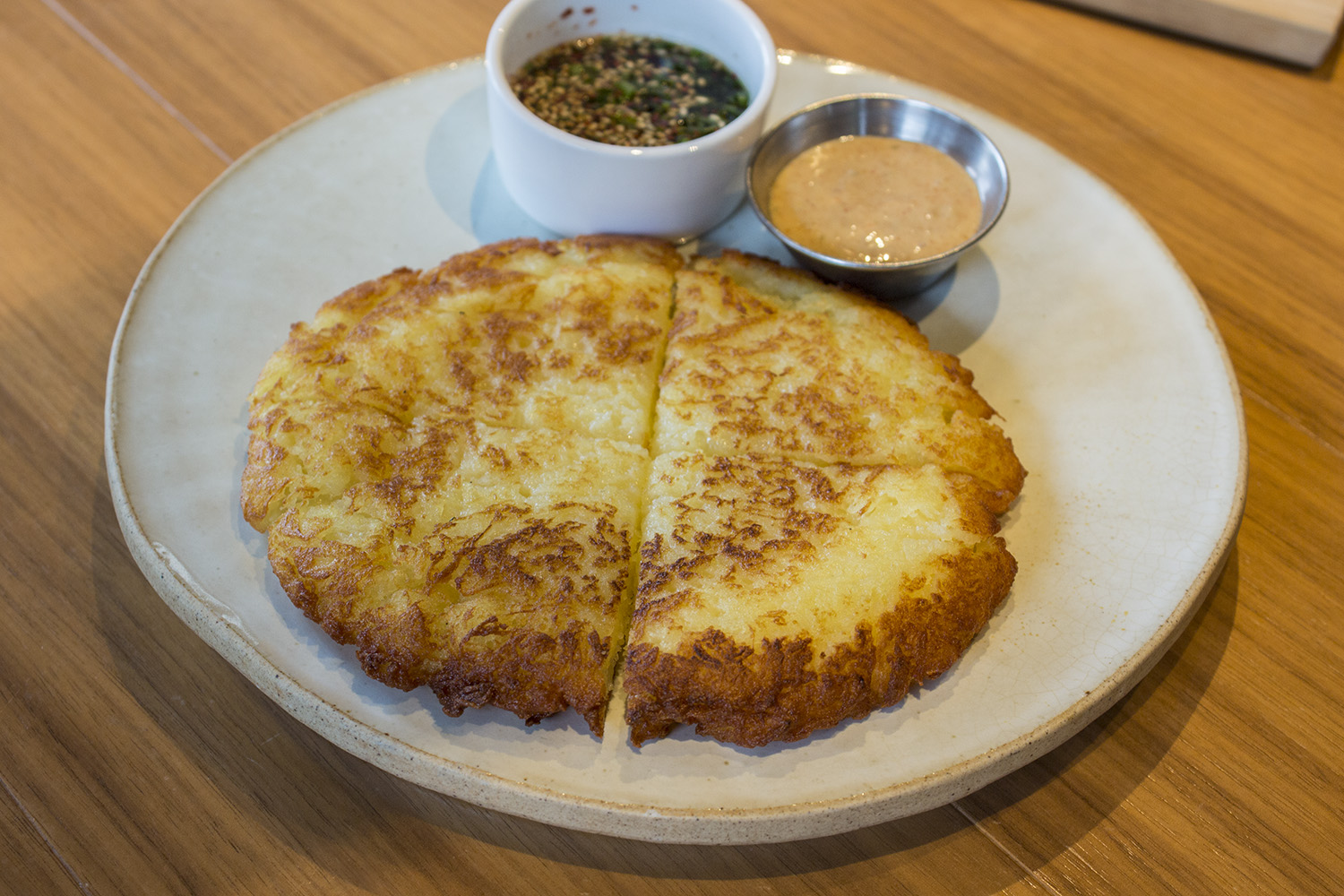 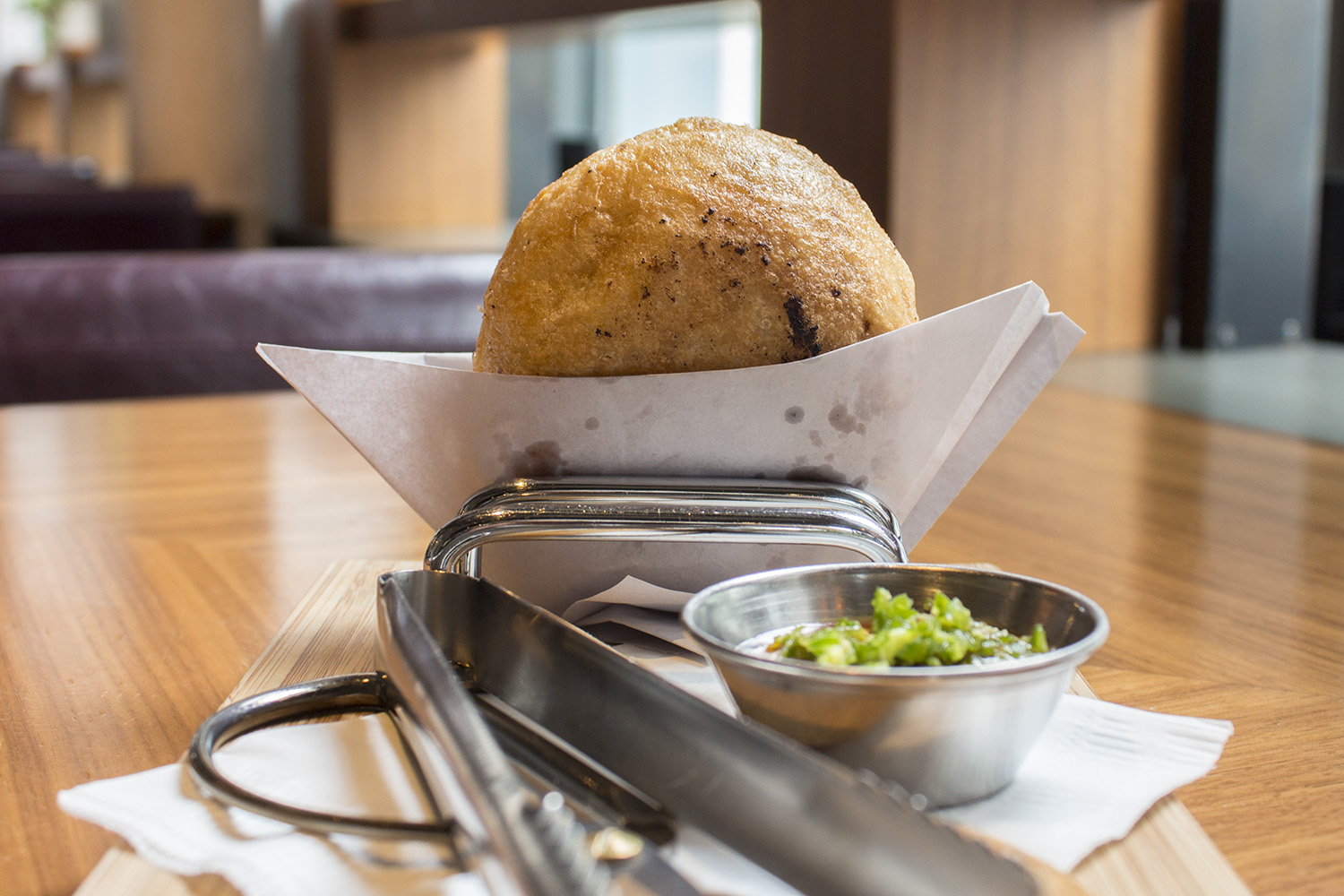 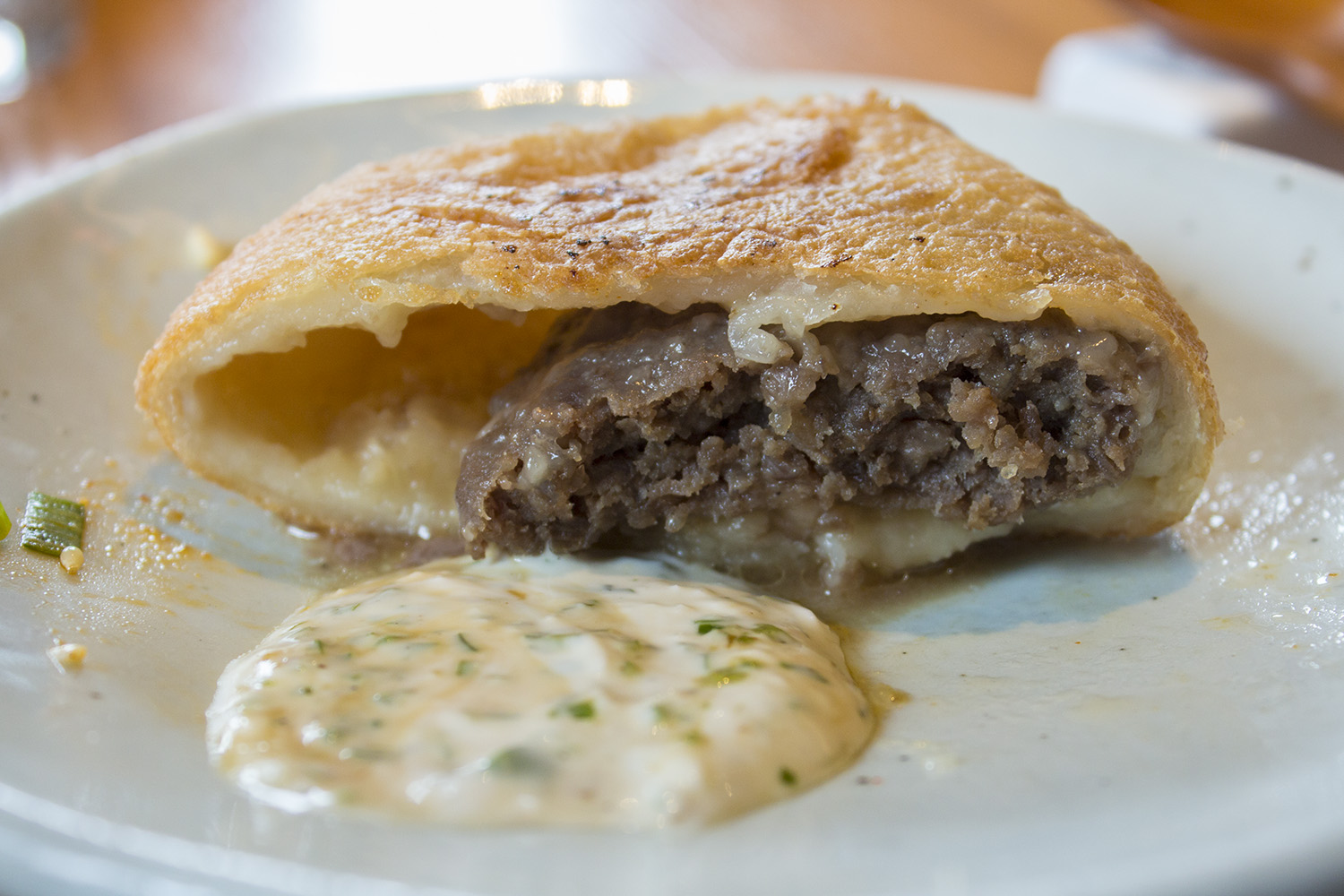 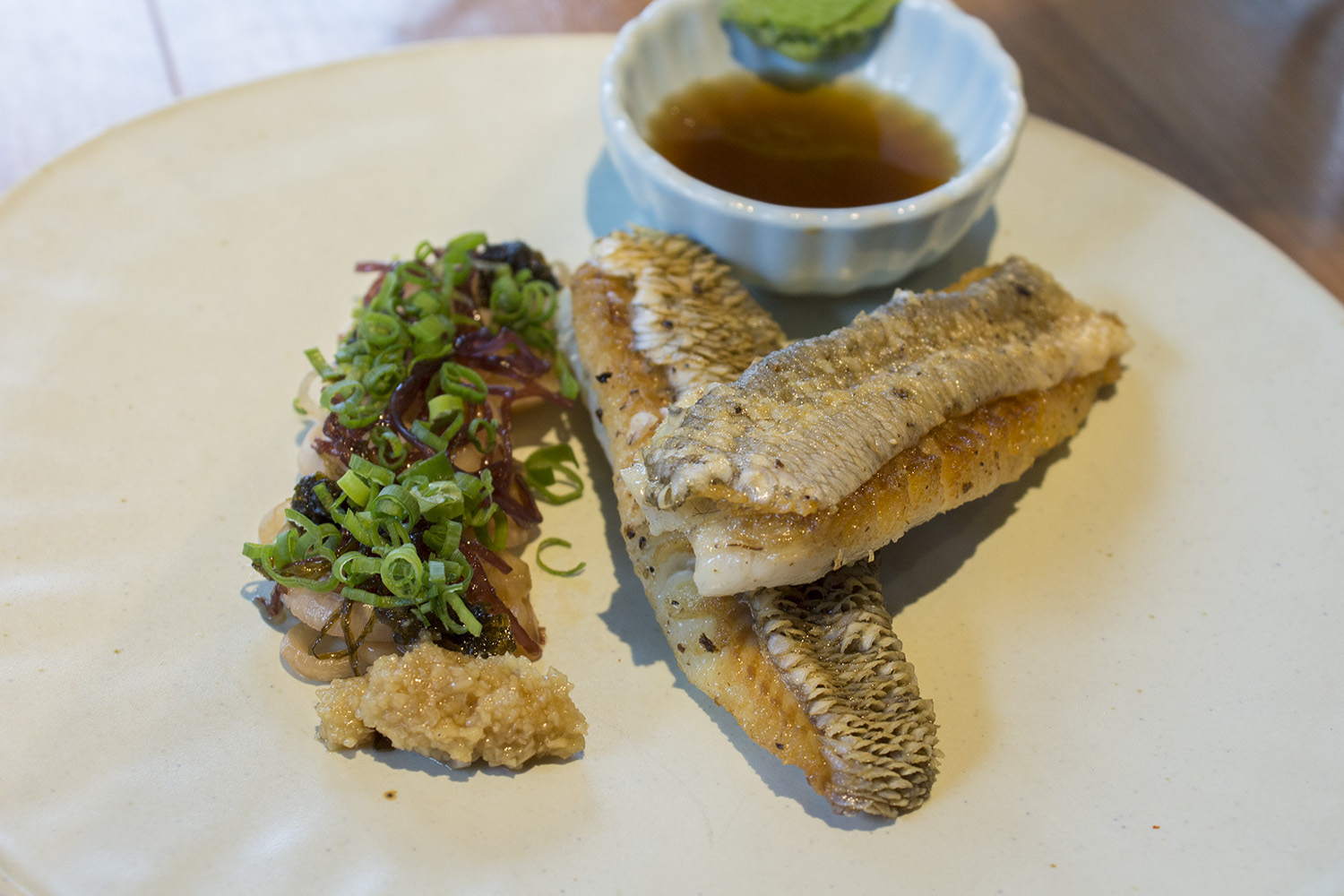 The new dishes: When it comes to Korean food here in Hong Kong, most of us are familiar with only a few core dishes such as kimchi, barbecued meat and bibimbap. But there’s a brave new world of regionally inspired dishes we can now sink our chops into thanks to Chef Lim’s revamped menu. We tried just about all of the newcomers, and it would be a tough call to choose our favourite – they were all that good. What impressed us even more than the flavour profile of each dish were the variety of textures that the chef was able to incorporate, from the thin and crispy wonton chips that accompanied the creamy guacamole dotted with dried shrimp from Korea’s Dokdo Island ($148 for an extremely generous serving) to the addictively chewy rice cakes (dukbokki) laced with homemade peanut butter and roasted Brussels sprouts ($89) – the ingredient mix may sound incongruous, but this is definitely one of those don’t-knock-it-till-you’ve-tried-it dishes. The sea bass ($258) flavoured with a powerful combination of spring onion, red algae, seaweed and garlic paste was another triumph in texture owing to its super-crispy fried scales – yes, fish scales are indeed edible. 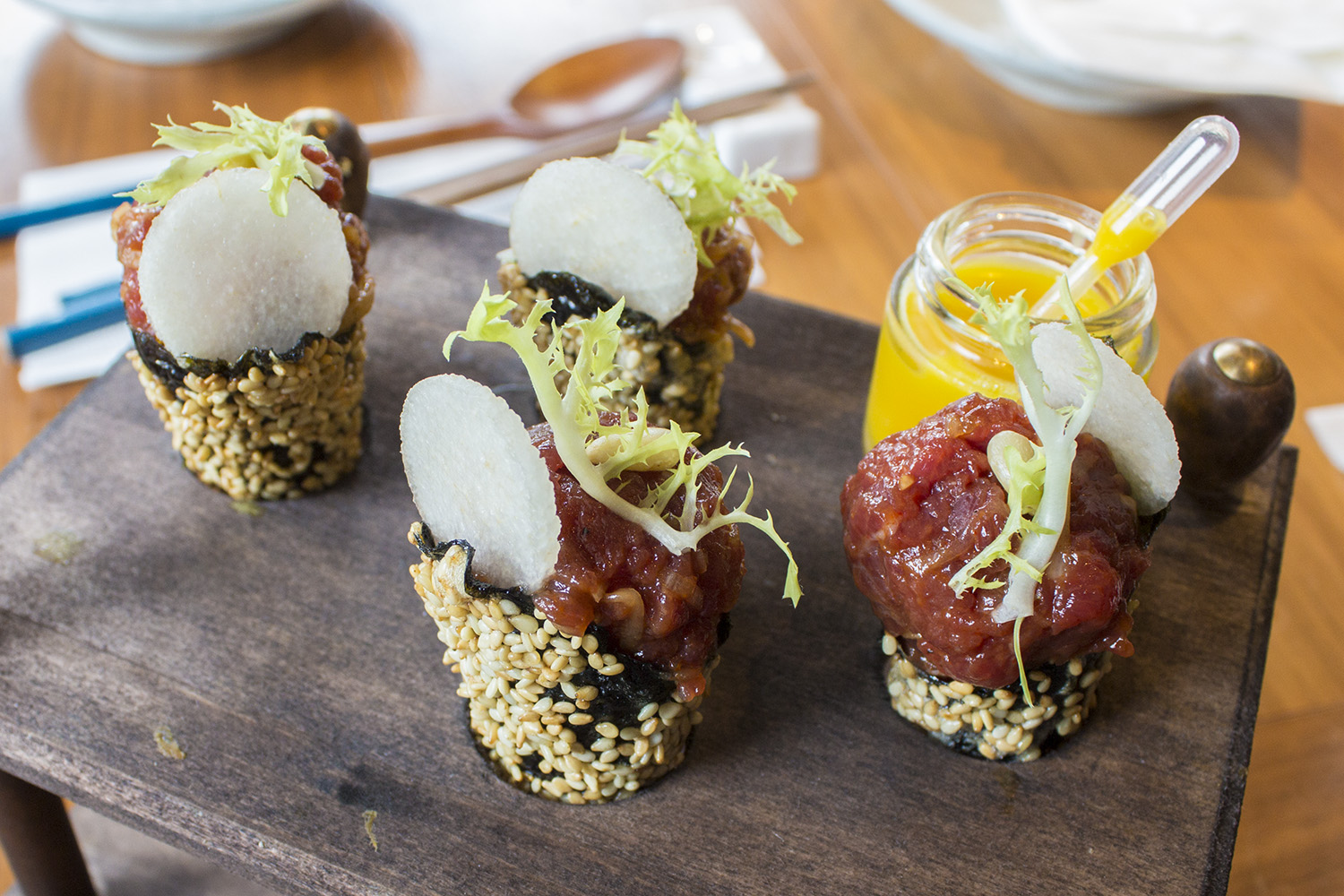 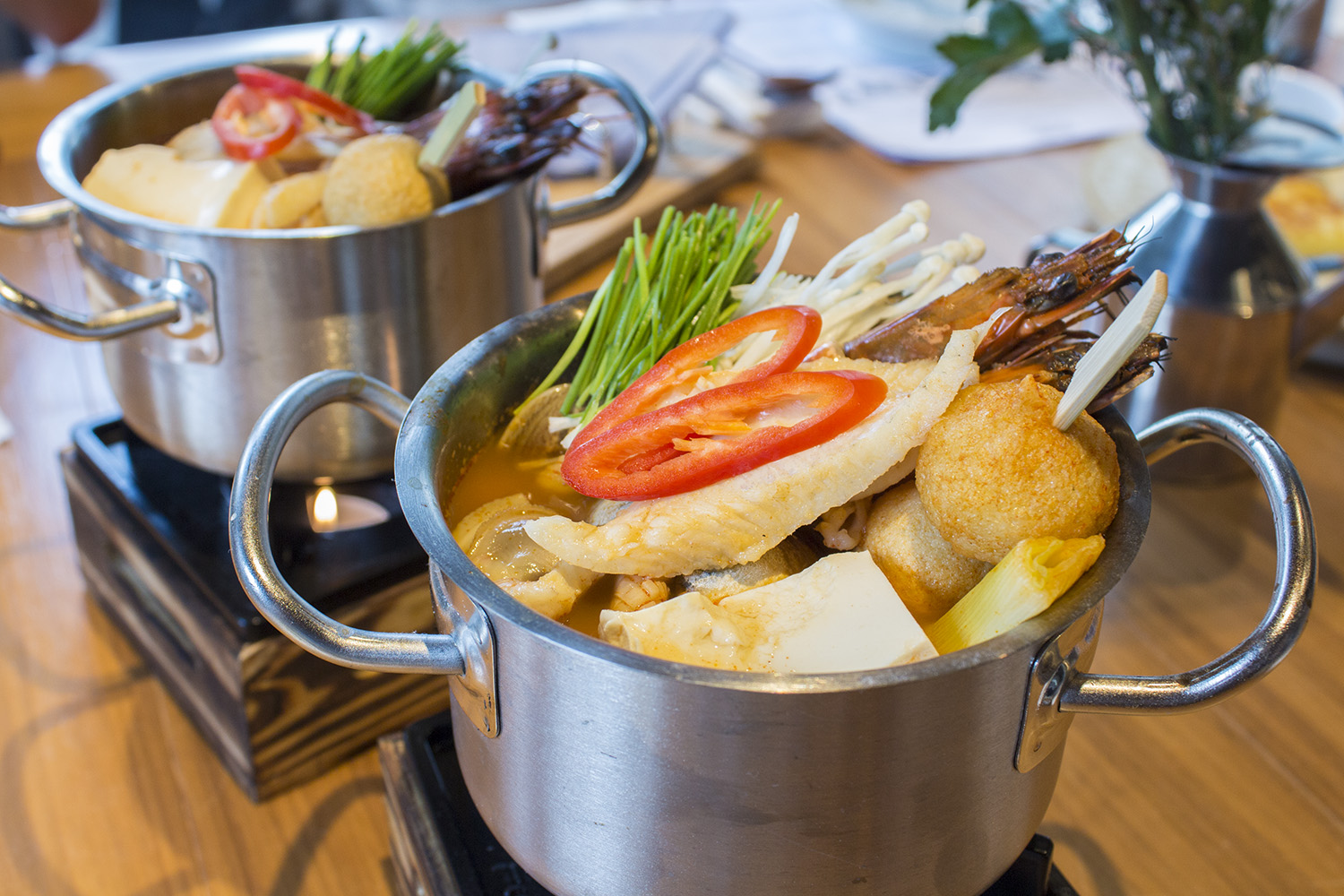 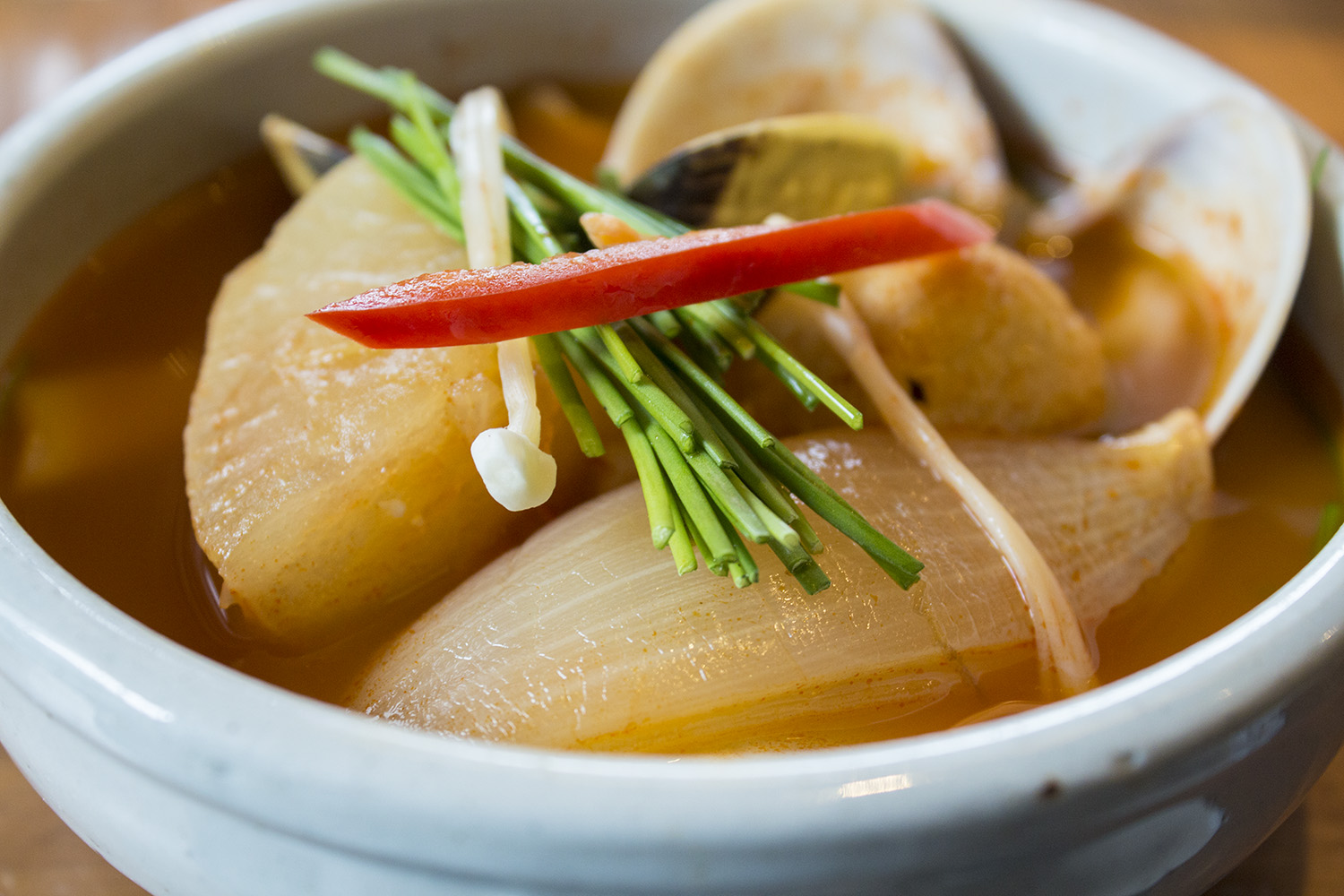 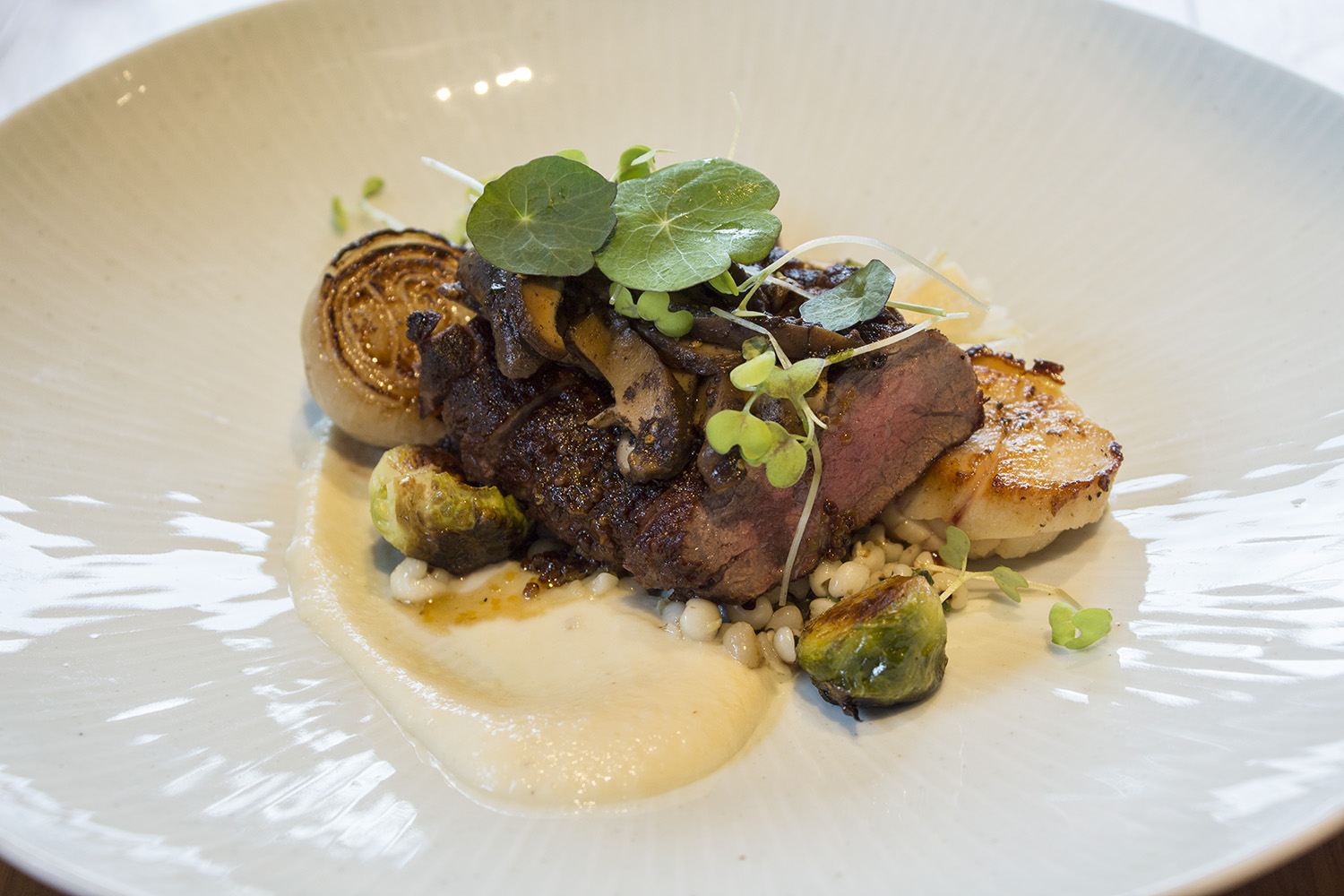 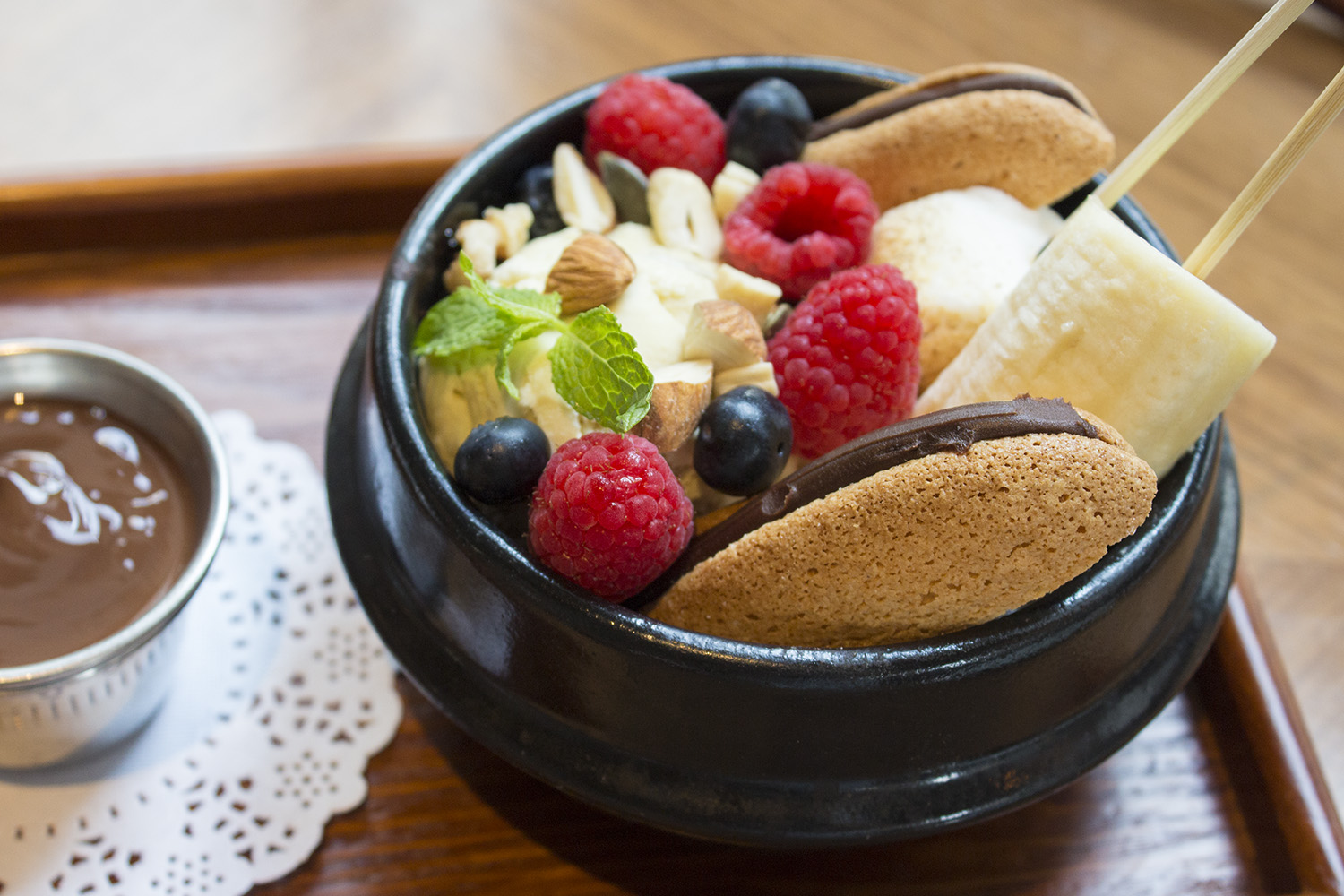 The chef is also a master when it comes to plating (and we’re keen to find out where he sources his adorable serving vessels; we suspect most are custom-made). Instead of a heap of chopped raw meat on a plate, the chef’s delicate beef tartare ($178), sliced thinly with just a hint of sesame-oil marinade, was a beauty to behold, served inside small sesame-flecked seaweed cones; they held their shape remarkably well considering the beating we gave them. Accompanying the cones was a jar of egg yolk, with a teeny-tiny pipette for drizzling. The aromatic seafood soup ($178), served in a mini pot atop a tea-light burner, was literally overflowing with the likes of prawns, shellfish and – the highlight for us – fish balls filled with a burst of coconutty curry sauce. We appreciated that the individual flavours were allowed to shine; the soup base was definitely spicy but not overwhelming so. A play on favourite Korean sweet treats Choco-Pie and banana milk, Momojein’s Banana Chocopie ($88) was a multi-textured delight: a melange of (admittedly very, very rich) chocolate-stuffed biscuits, heavenly banana ice cream (which somehow managed to taste more like a banana than an actual piece of the fruit), berries and an ooey-gooey toasted marshmallow.

Why we'll be back: Chef Lim’s Korean food with a twist inspired us, both for its taste as well as its presentation. Though we’ll never pass up an opportunity for an evening spent binging on Korean BBQ, it was refreshing to try something so deliciously different than what our HK palates have become accustomed to.

Let’s save Hong Kong F&B together

Foodie | about 3 hours ago