CNN’s latest edition of Culinary Journeys showcases venerable American chef Alice Waters, the pioneer of the farm-to-table movement in the US

If you’re familiar with the term ‘California cuisine’ – using organic, local ingredients in simple, seasonal dishes – you’ll know that Alice Waters’ Chez Panisse, opened in 1975 in Berkeley, California, is considered its pioneering restaurant. Also known as the mother of the slow food movement in the US, Chef Waters has dedicated her life to transforming the fast food eating habits of Americans. During this latest instalment of CNN’s Culinary Journeys, Chef Waters will take us on a trip through her native California to discover the finest foods her home state has to offer.

In preparation for her gastronomic road trip, Chef Waters shared with us her thoughts on the slow food movement, the importance of eating organic and Chez Panisse’s beloved annual garlic festival:

What inspired you to cook?
I was awakened to food after I studied abroad in France in 1965 – the food there was alive, and at that time, the French had a very different set of values about food. It was a whole culture that revolved around the table and that had a deep cultural interest in biodiversity. When I came back, I wanted to live like the French and I wanted to eat like the French – and the only way to do that was to make the food myself.

How did you get into the hospitality industry?

Quite honestly, I don’t really think of myself as within any one ‘industry’. I see myself more, if anything, as a restaurant owner and part of a movement. A food movement. But in the beginning, honestly, all I wanted to do was create a place where my friends could eat delicious food and gather for good conversation. That’s really how it started – with that simple idea.

Where did you first learn about slow food?

I was introduced to Carlo Petrini 25 years ago when he came to speak in San Francisco. I heard what he had to say about preserving biodiversity and about supporting people by ‘winning them over with taste’, and I realised that Chez Panisse was a slow food restaurant. That initial meeting was very empowering, and it brought me into an international movement where I felt connected to others in a way that changed everything.

How would you describe slow food to a complete outsider?

Slow food is a language and a philosophy based on valuing traditional ways of eating. It nurtures and celebrates what we have been doing since the beginning of civilisation: buying what is local, eating what is in season, taking care of the land and eating with family and friends. The slow food movement fills me with hope because everyone who adopts these practices can understand that food is precious and that participating in slow food can be an act of social justice. Slow food values are nurturing and supportive, and when you show people what they mean, they are completely won over. 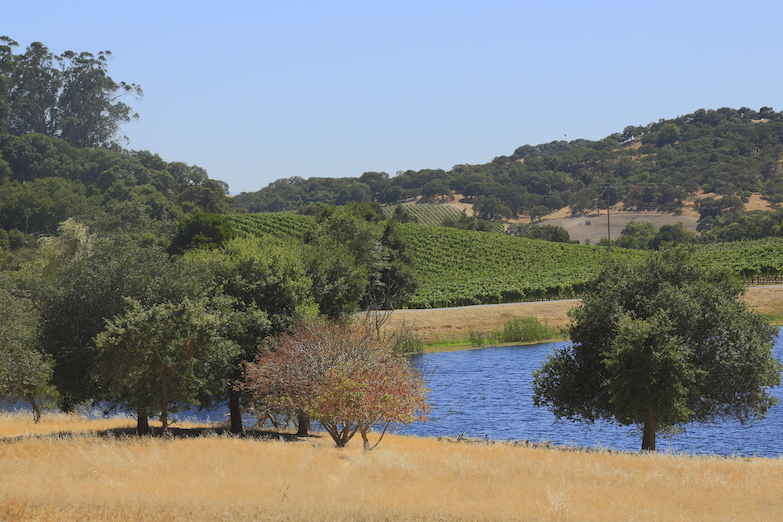 You’ve been revolutionisng the way people eat for over 40 years now. Has the idea of ‘slow’ evolved for you in any way during this time?

When I first started Chez Panisse in 1971, provenance was not something I was thinking about. I was after taste. I knew that if we could make something that tasted really good, the way the food had been when I had first gone to France in the mid-60s, people would come to the restaurant. And taste was what first brought me to the doorsteps of the small organic farmers who were taking care of the land; the things that tasted the best were the flavourful, heritage varietals of fruits and vegetables. That was the great tragedy of the industrial fast food culture that had sprung up in the 50s – we abandoned taste in favour of shippability and year-round availability. So taste was what brought me to the idea of slow food, but the values of social justice and the preservation of biodiversity are what keep me engaged.

What's it like being a woman in the very masculine culinary world? Do you have a golden tip for women who want to enter the culinary business?

I started Chez Panisse during the counterculture movement of the 60s and 70s, so many of the things we were doing were unorthodox. I was always aware that there were not as many women owning restaurants or becoming chefs at that time, but I didn’t focus on it. Men and woman bring different things to cooking, and it is best to have a balance.

If you had to summarise your culinary agenda in one sentence, what would it be?

Right now, the thing that is the most important to me is an edible education, which includes a free, delicious, healthy and sustainable school lunch for every child, every day. I want to have interactive classroom kitchens and gardens in every school across the country so that food can be taught as an academic subject. We want a country where access to healthy food is a right, not a privilege.

How did you discover organic food?

When I started Chez Panisse, I was always on the hunt for ingredients that tasted the best. This was the most important thing for me: taste. As the restaurant evolved, I found that the fruits and vegetables that tasted the best – and were the best for you – were those being grown by local organic farmers. Organic farming has existed long before we started using that word. The Native Americans and farmers all over the world for centuries have been growing food in harmony with the land.

Since the 80s, you have been a leader in the organic food trend that is still going strong until this day amongst chefs around the world. How do you feel about this success?

I do not like to think about food in terms of trends. I am a part of a delicious and organic food revolution and a movement that brings the world into a new relationship with food and the land. For me, a great chef pays complete attention to the wholesomeness of food, which includes the procurement of sustainably grown ingredients. It is so important for chefs to feel responsible. We have the power to influence so many issues for the better. It is a huge responsibility, and the ones who are doing it right deserve the highest honour. 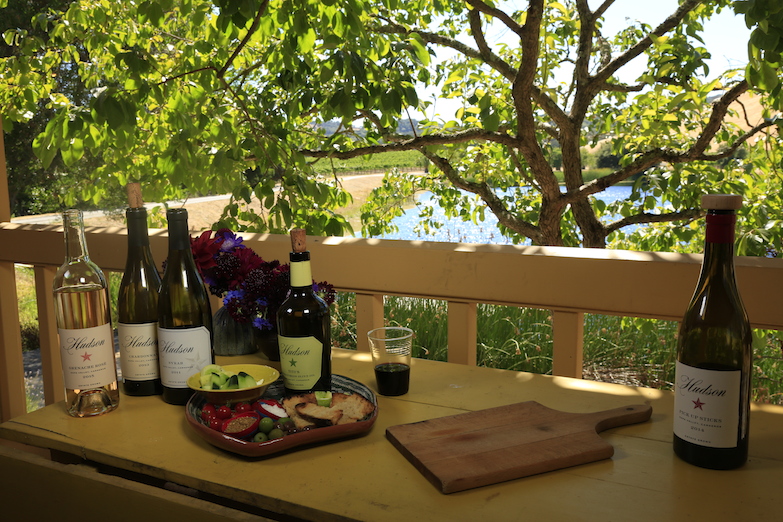 Tell us about the culinary journey you decided to take.

This year we celebrated the 40th anniversary of our annual garlic festival at Chez Panisse! We chose this event as our culinary journey because it highlights so much of what we value at the restaurant: taking care of the land, supporting organic farmers and feeding one another in delicious and nutritious ways by bringing communities together at the table. We celebrate every year on 14 July (the same day as Bastille Day in France), with garlic featured in every dish on the menu. It reminds me why I started the restaurant – to cook delicious food for my friends. To me it is a wonderful example of how these values all come together on one special day.

There seems to be a concerted effort to make fast food healthier and to remove the stigma surrounding it within the fast food industry. What are your thoughts on this?

Fast food culture has altered our way of life. Fast, cheap and easy are concepts that have permeated our culture. They are not just stigmas; they are ways we are allowing ourselves to be deceived and to think of food as a commodity and not as precious. It is so important that we understand that things can be healthy and affordable, but they can never be fast or cheap. We need to make food that values the farmer’s precious work and the time that went into growing it.

Tell us about some of your most treasured relationships with producers.

One of the first farmers we worked with was Bob Cannard. It was actually my father who met him and understood that Bob could be someone very special to the restaurant. He has been growing food for us ever since. The restaurant absolutely would not exist without the farmers and producers – they are what we do. And it is why we started putting their names on the menu. It is one way we can speak publicly about the importance of organic food.

You’ve influenced many chefs all over the world. But who has had the biggest influence on you?

There have been so many chefs and cookbook writers who have influenced and inspired me through the years: Elizabeth David, Richard Olney, Julia Child, Cecilia Chiang, Madhur Jaffrey.

Together with CNN’s Culinary Journeys, you’re travelling through California. What will we see and learn about the culinary scene of the state?

I hope viewers will see that we have organic farmers’ markets in every city and many towns and people who are committed to creating local, sustainable agricultural economies. And also the rich biodiversity we have in this state. It’s incredible. We’re very lucky here. 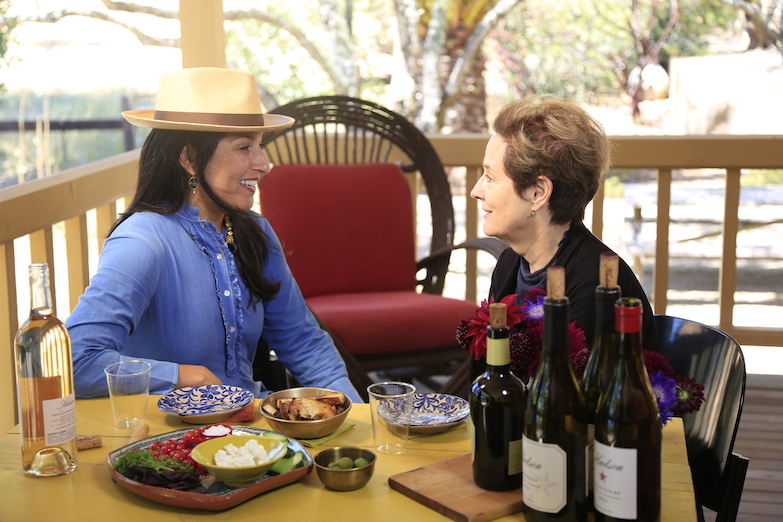 What are the Californian foods that anyone who comes to the state should try?

California has so many wonderful foods to try, but off the top of my head, I’d say artisan breads, organic mesclun salad, Meyer lemon ice cream, blood orange juice and wood-fired pizza.

The Michelin Guide took away a star from your restaurant back in 2010. Are you aiming to retrieve this award?

Over our 45-year history, Chez Panisse was awarded a Michelin star from 2006–2009. We have great respect for the history and tradition of the Michelin Guide, and we were honoured to have been recognised. My dream was always to have a neighbourhood restaurant committed to serving the most delicious food possible and to supporting those who take care of the land. Of course we always strive to be the best we can be, and we would be happy to be recognised again.