Working off a brief provided by Foodie's art department, West Island School's Year 13 BTEC Art and Design Diploma Course students took part in an illustration project in which they had to visually represent food facts related to Asian cuisine. Students were tasked with fact-finding missions to start and then moved on to develop thumbnails and sketches to be submitted to our art director for approval before executing final illustrations. We're delighted to share some of their best works with you, as well as the thought processes behind them.

I decided to paint Chinese bakery items/pastries as I feel that there are often interesting purposes and facts surrounding them. I am also very interested in and familiar with Chinese culture. I tried to develop the text and incorporate it in a more interesting and dominant way. I used facts that I found interesting and didn’t know prior to this assignment, even though they are quite simple.

The round shape of the mooncake indicates completeness. 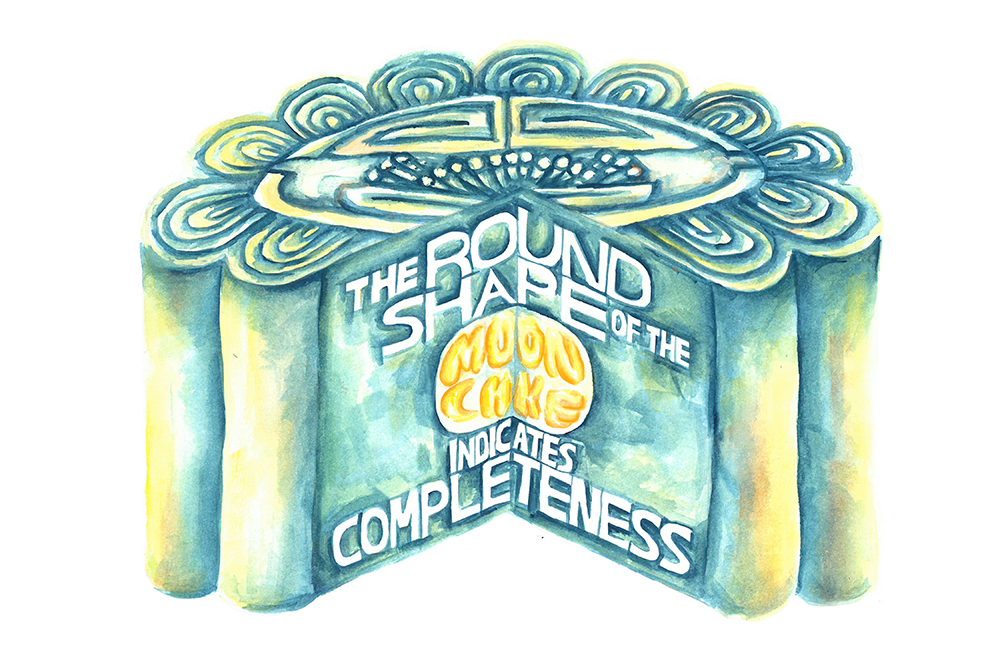 Fortune cookies were actually imported from the USA to Hong Kong in 1908. 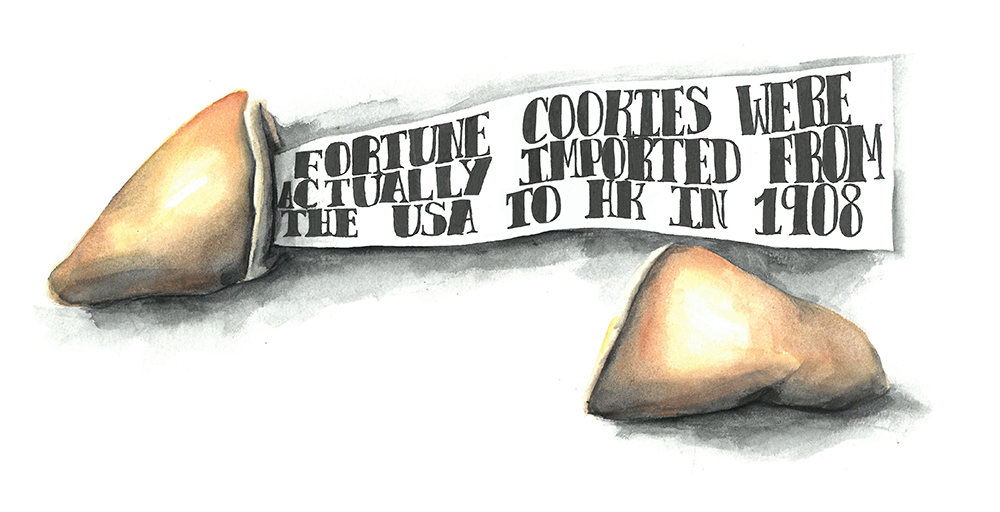 Mantou buns are made as an offerings to the gods. 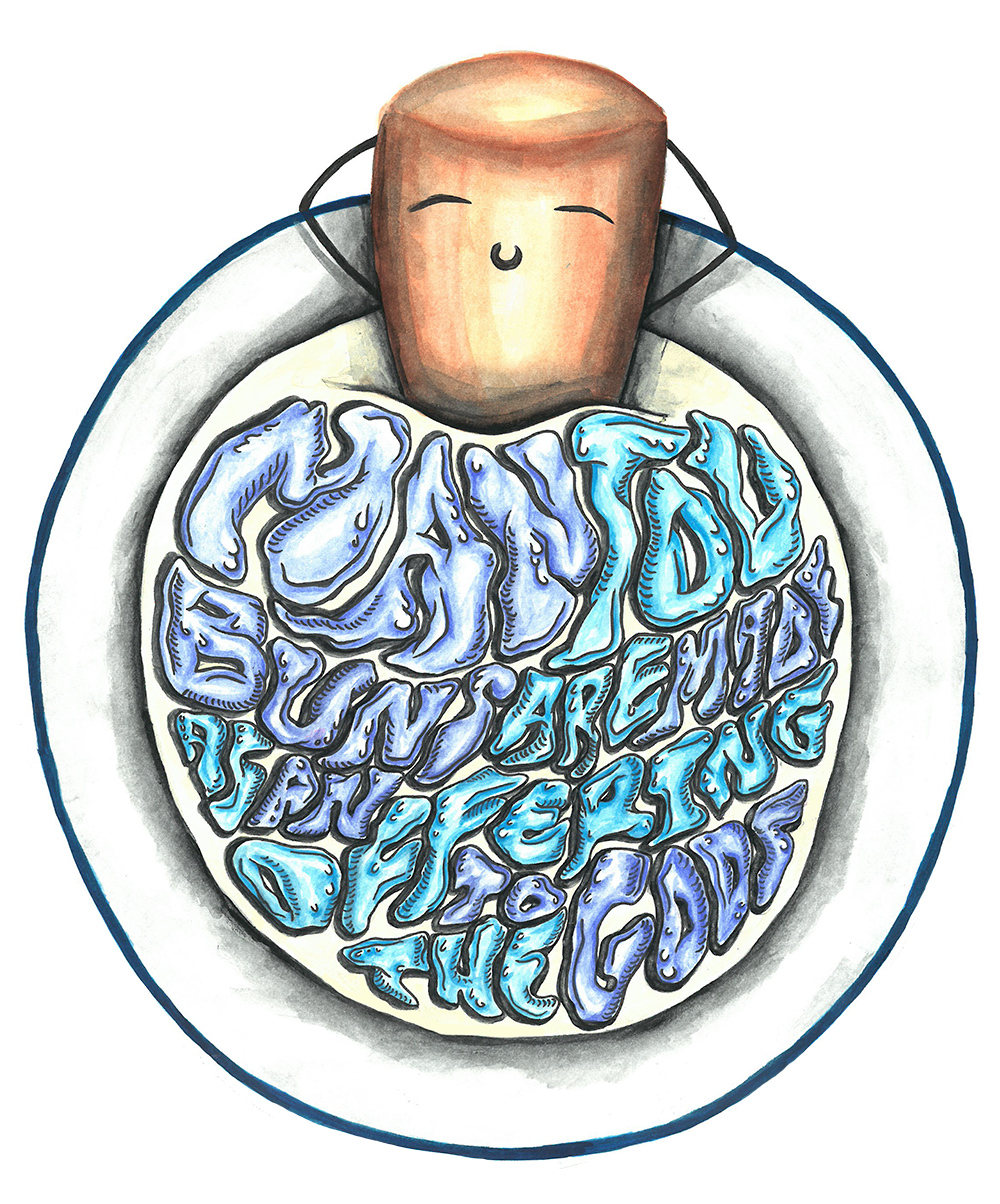 The main concept for my designs was to create a series of outcomes that are based on the abundance of seafood within Asian dishes. This is due to the fact that I myself am a pescatarian who believes that the over-consumption of meat has a negative effect on the environment. Both outcomes utilise a similar medium that creates different textures; the first outcome utilises digital painting and the second utilises watercolours.

In Chinese culture, if a fish is served, the head is directed at the guest of honour. 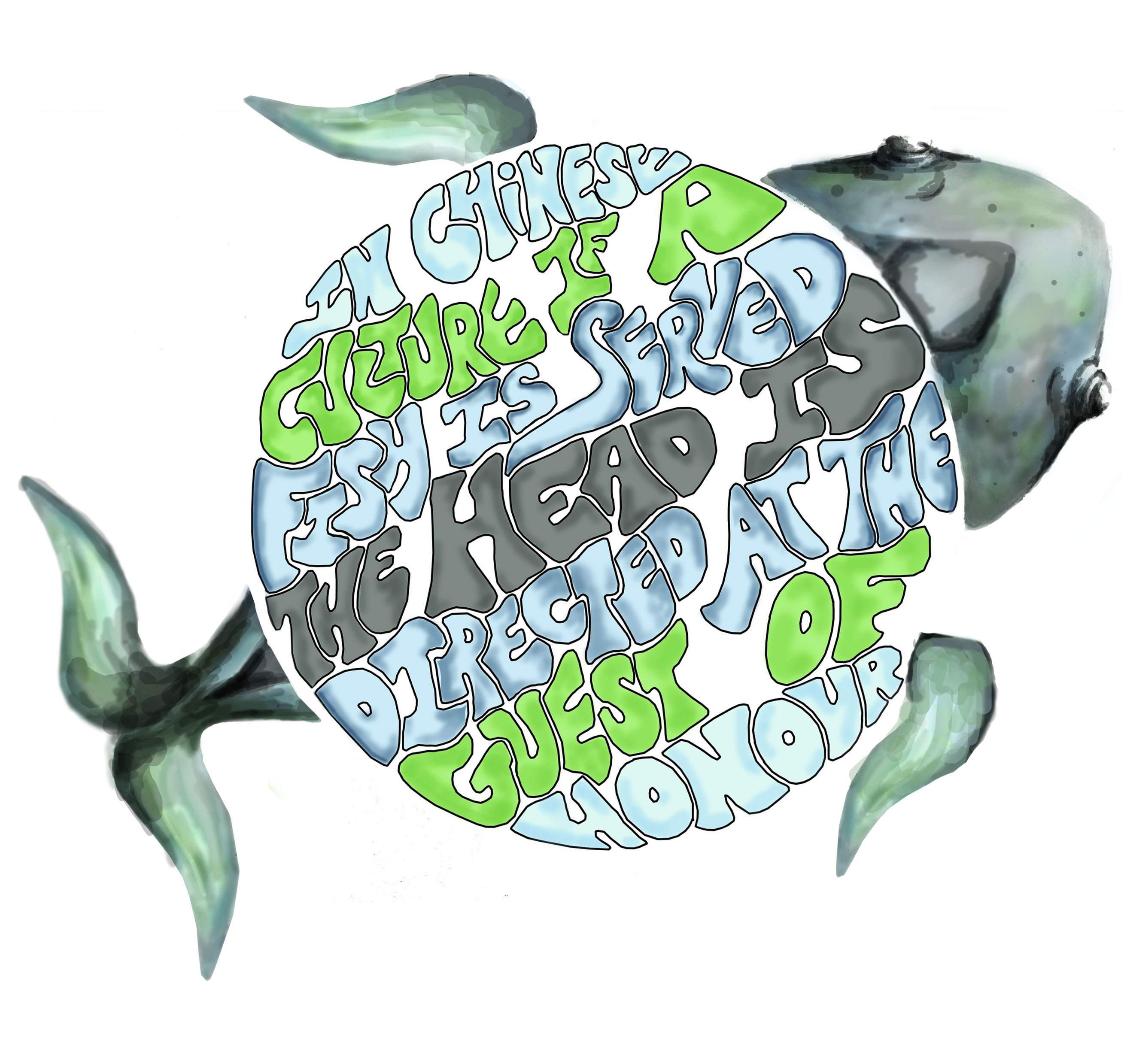 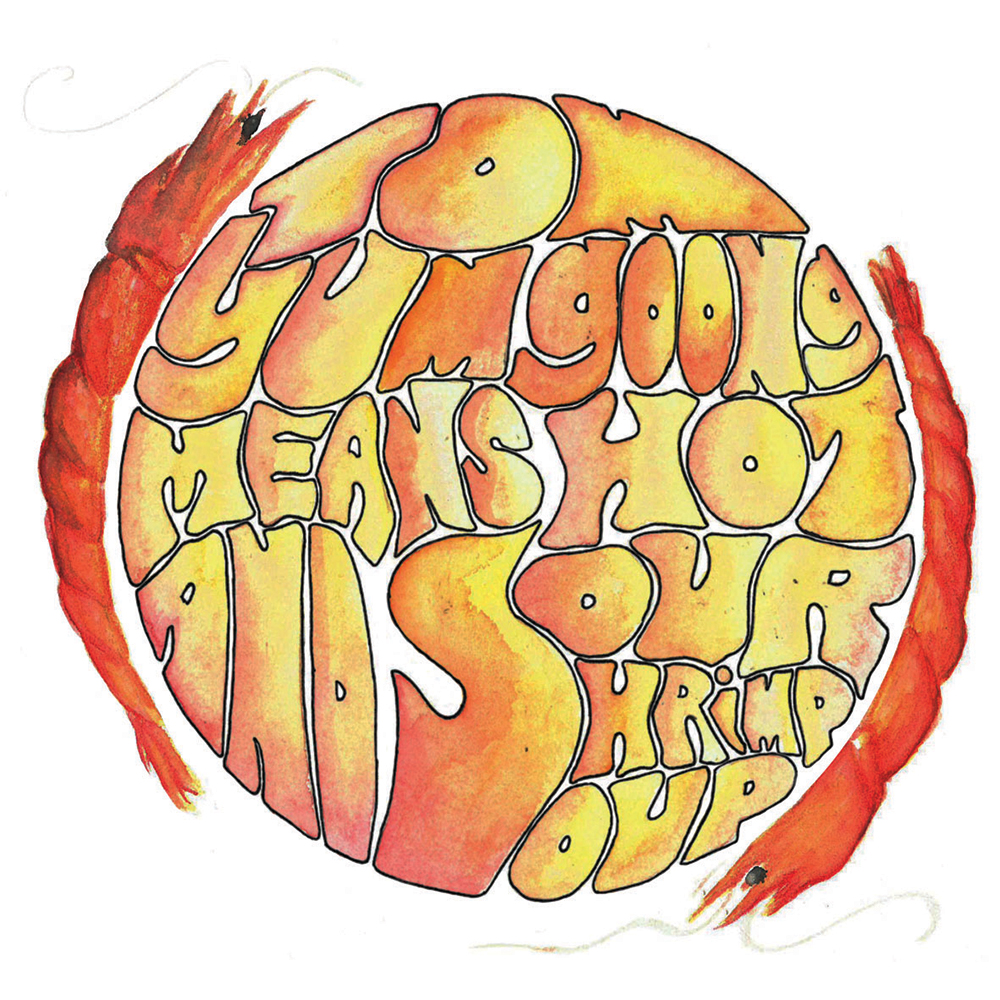 People by nature love themselves in the sense that they see themselves in everything around them. I mean this in the sense that two dots and a curved line – : ) – adds an effect, an emotion, a feeling to something that was previously lacking. As such, all the illustrations I have done give the viewer a feeling that I have created and tailored for them to feel when they look at them. These feelings come from that person's ability to put themselves in the shoes of that food or relate to the situation I have placed them in, which they understand from their body language and facial expressions. My goal for these illustrations was to visually communicate a fact about those foods while making the viewer smile or feel a positive emotion through the personification of the foods.

Once, the world's oldest person said, 'The secret to a long life is sleep and sushi.' 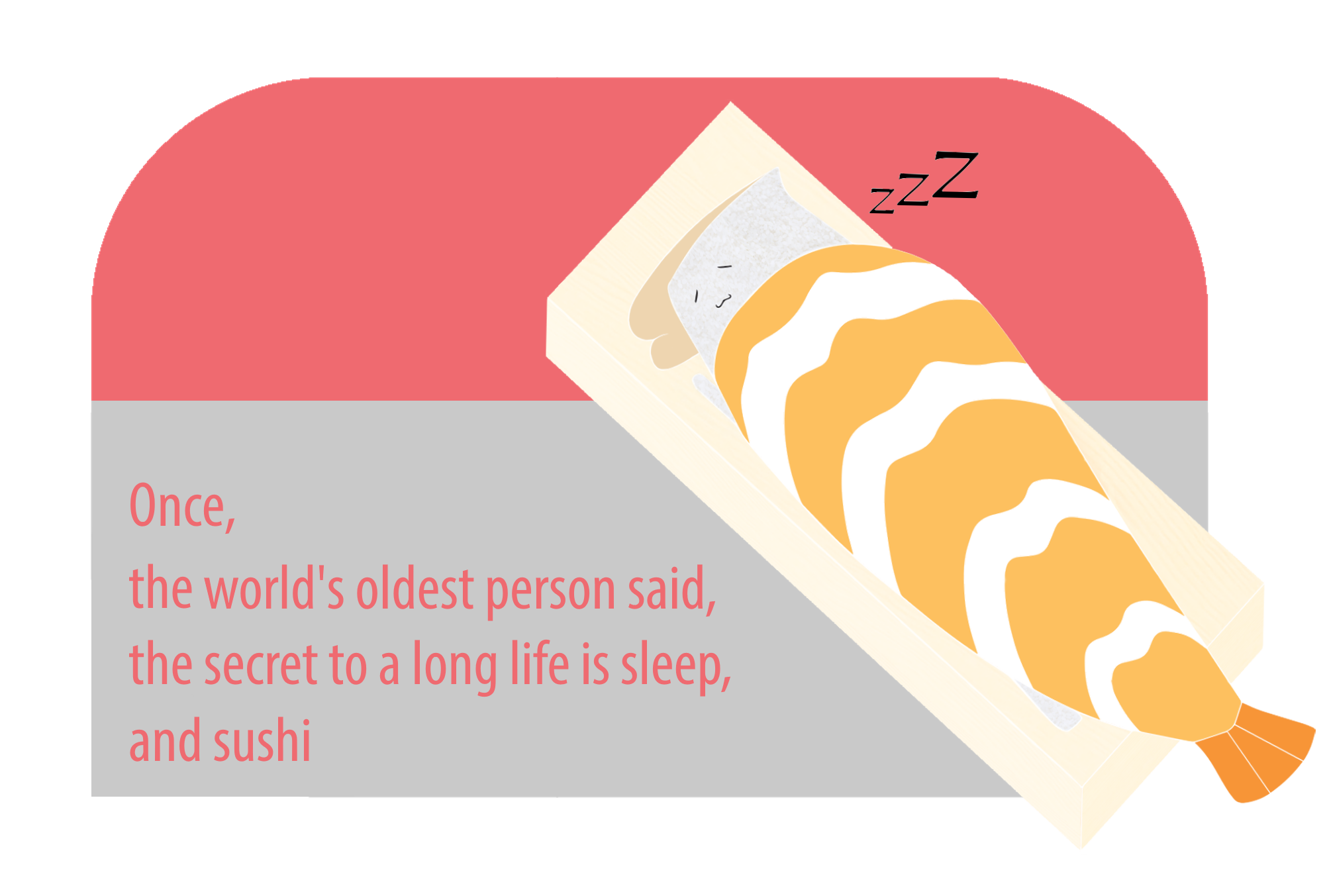 The ravioli is part of the same food family as the xiao long bao. 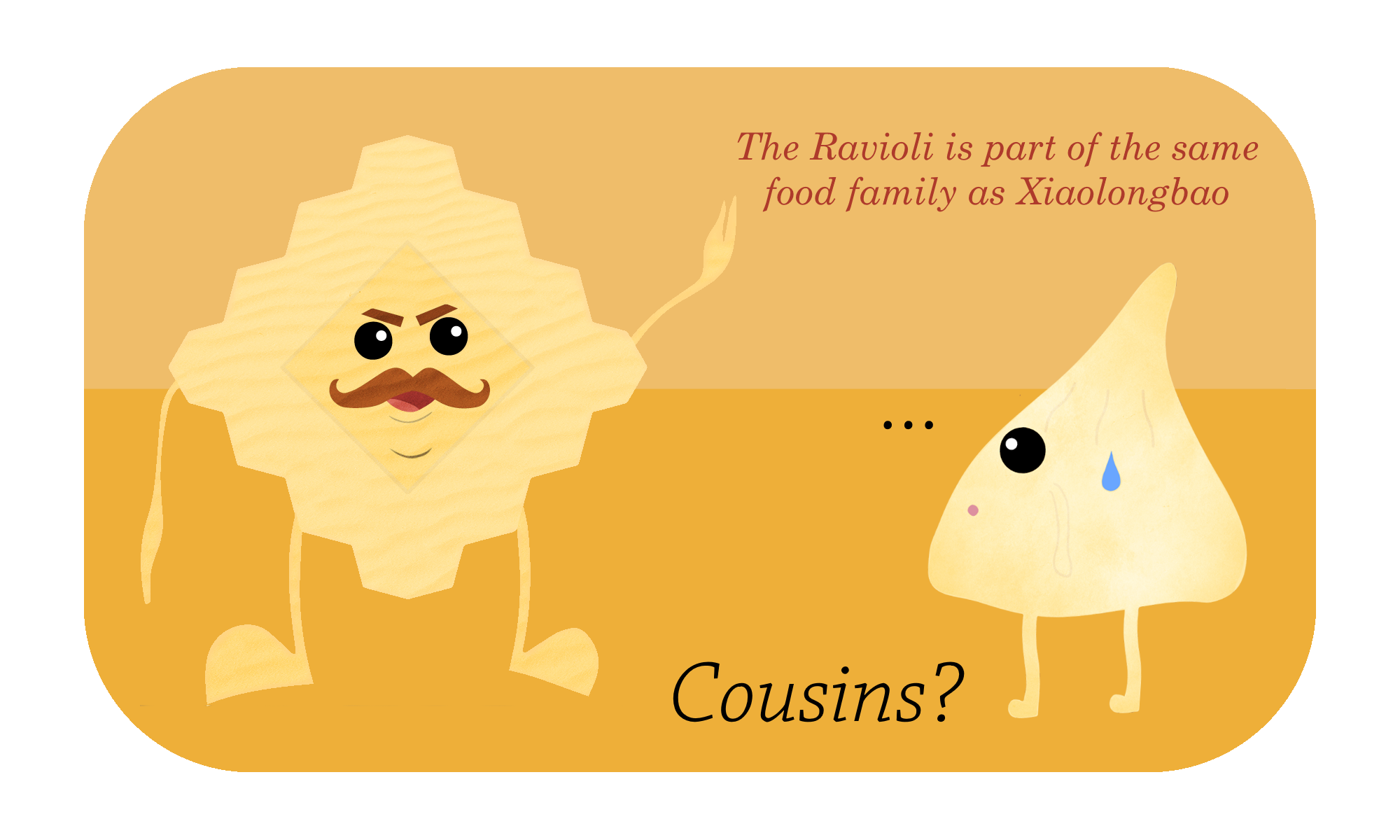 The overall aim for my final Foodie illustration designs was to create a variety of designs based on my theme, 'History of Chinese Food’. I chose this theme as many food lovers don't consider the back story behind the foods they consume. Therefore, producing designs with short historical facts on the foods makes the foods more intriguing and interesting to eat.

Chinese dumplings are eaten on the fifth day of the new year to resemble good health and prosperity. 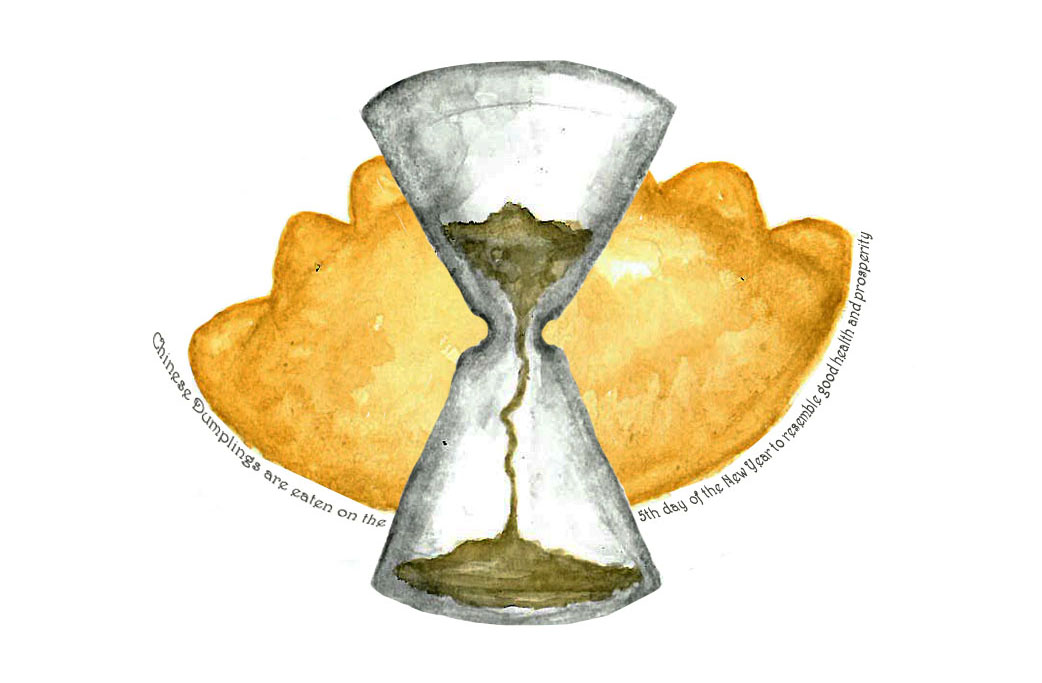 In Chinese culture, the noodle is a sign of long life. 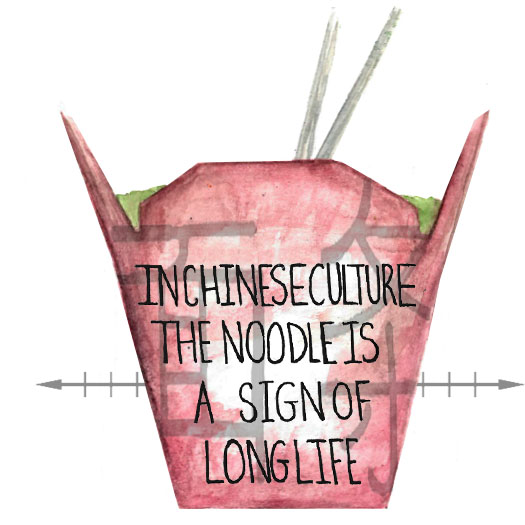 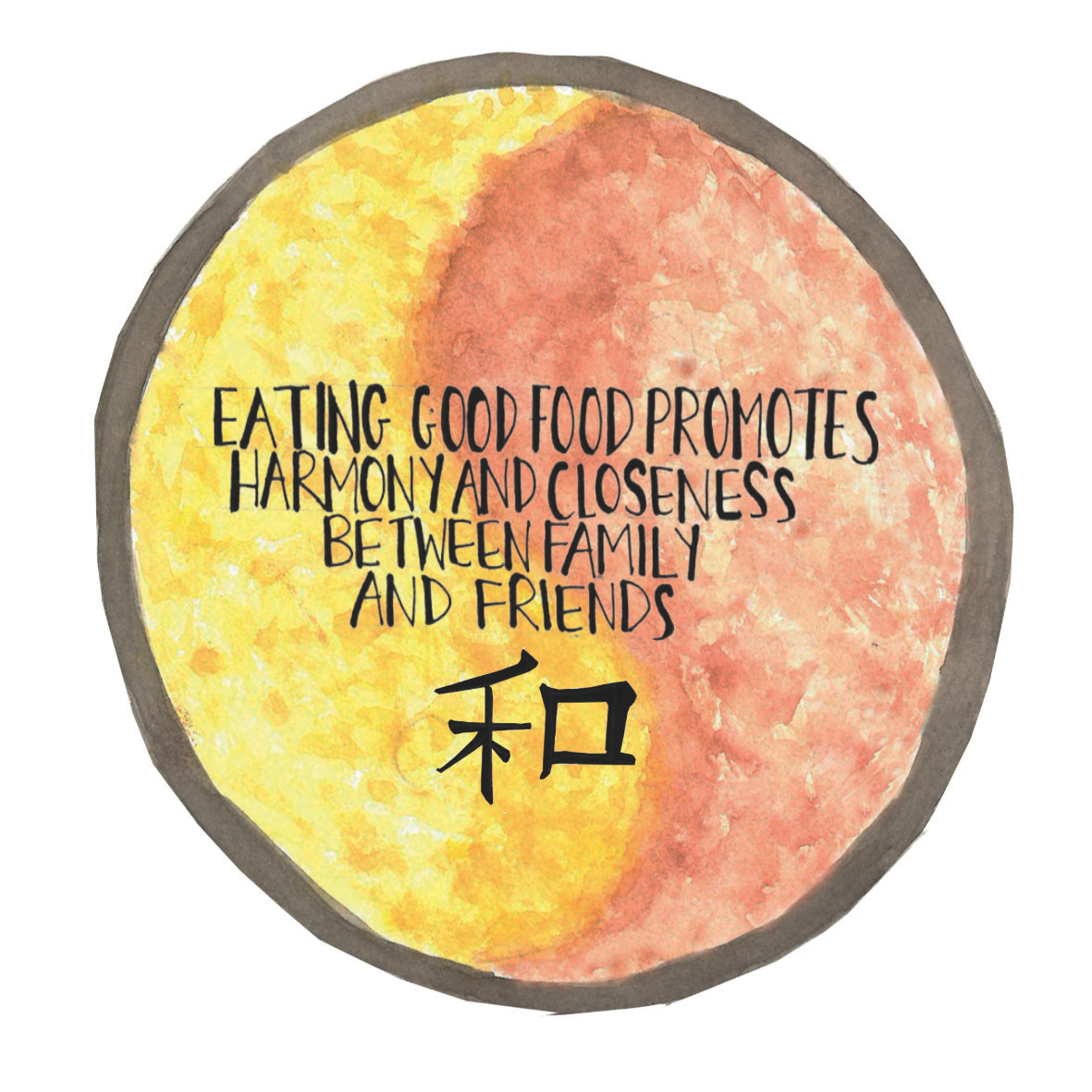 I was interested in communicating food facts through word play and visual humour, such as the repeated circular imagery of both a fish ball and coin. I focused my research on local Hong Kong food culture and looked at quick, simple ways of communicating some of these traditions and ideas.

The Chinese believed that dumplings have medicinal qualities. 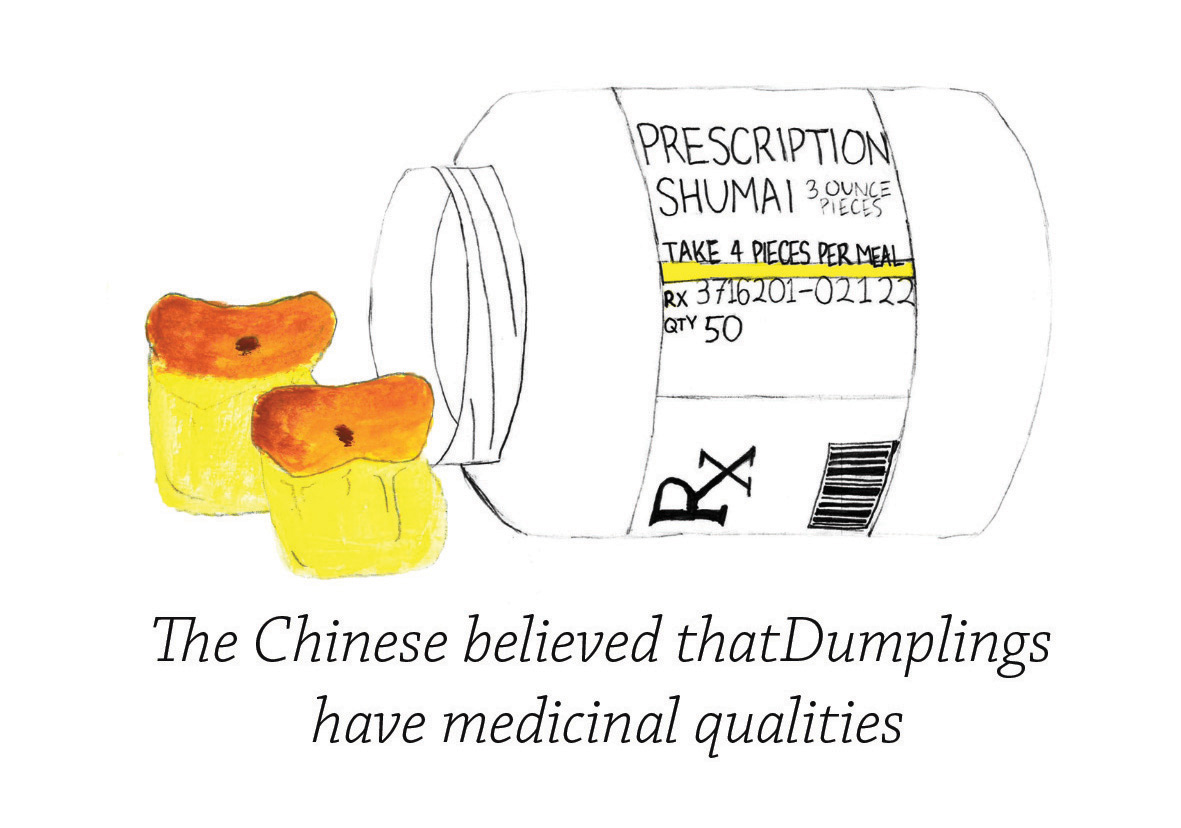 Fish balls are cheap but are a very popular street snack. 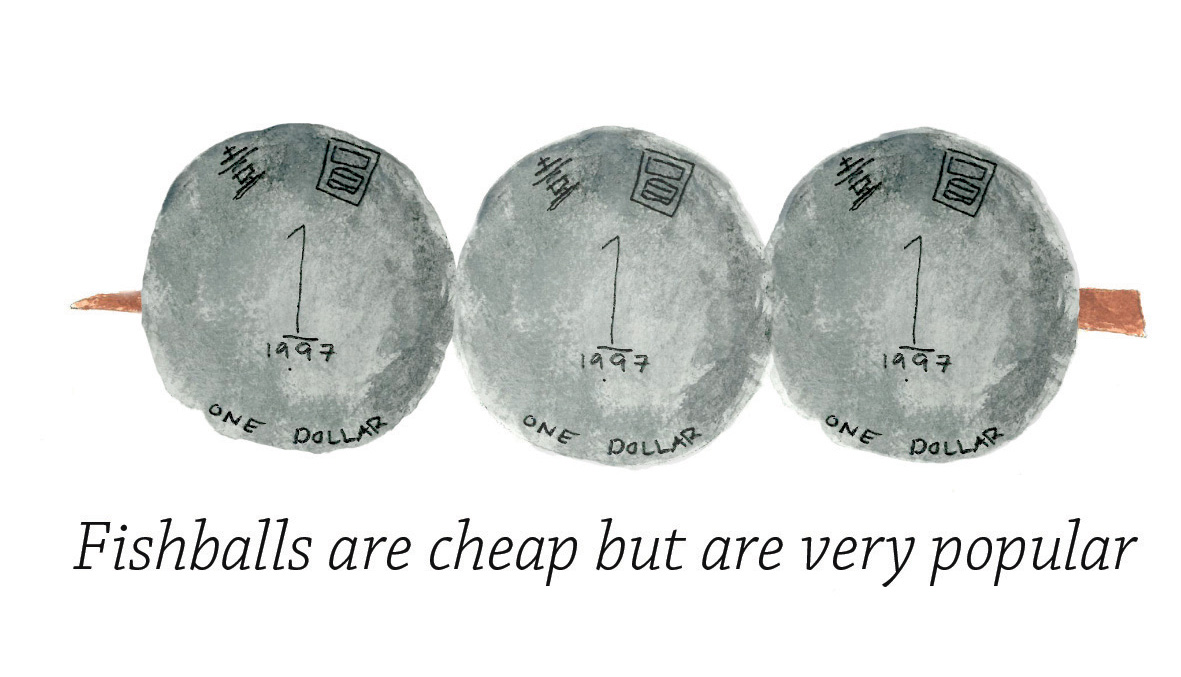 My final designs included illustrations of the Asian food theme. I took the brief into a personal account and explored aspects of my own heritage from India. My ideas developed around the culture and food, which then took a path to sketch little illustrations and advanced into colourful and informative artwork based on India. 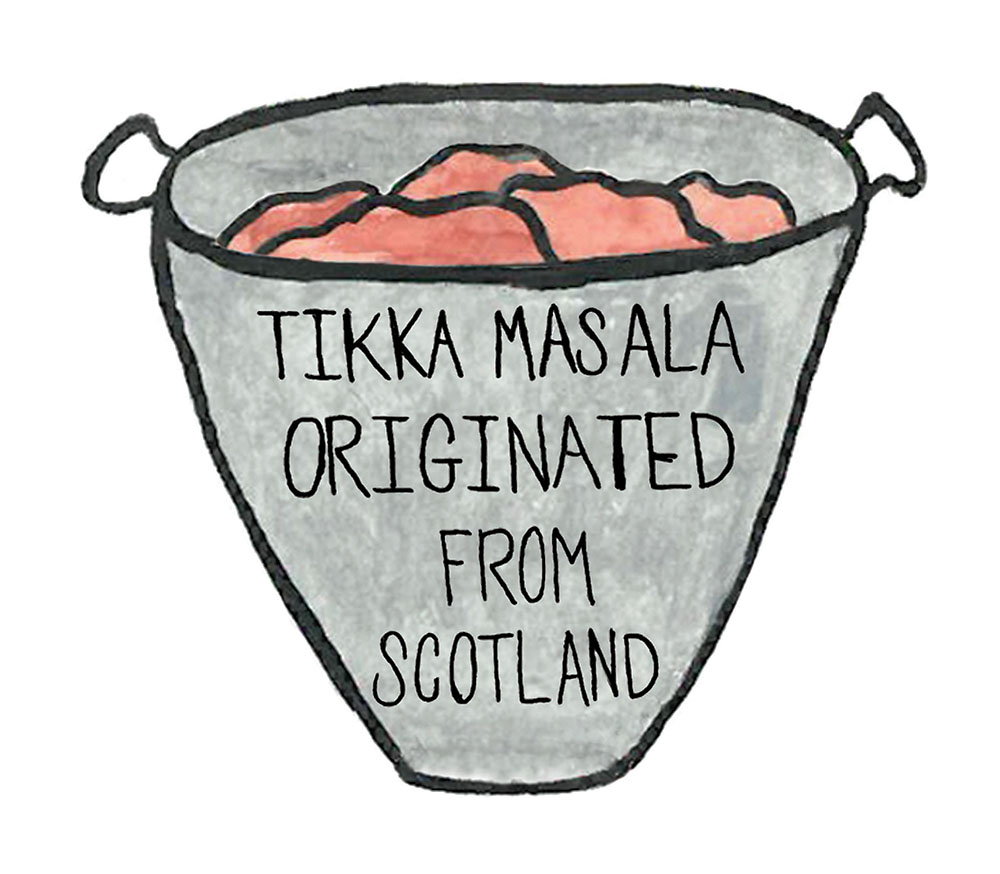 I decided to illustrate Philippine delicacies that aren’t the commonly known global dishes. As I am half Filipino, I know that there are many amazing foods that the Philippines has that many people would not normally try. Therefore, I decided to create illustrations that I felt people from all over the world would love and want to try it if they ever went to the Philippines.

The bangus, or milkfish, was originally brought to the Philippines by the Spanish when they colonised the country. 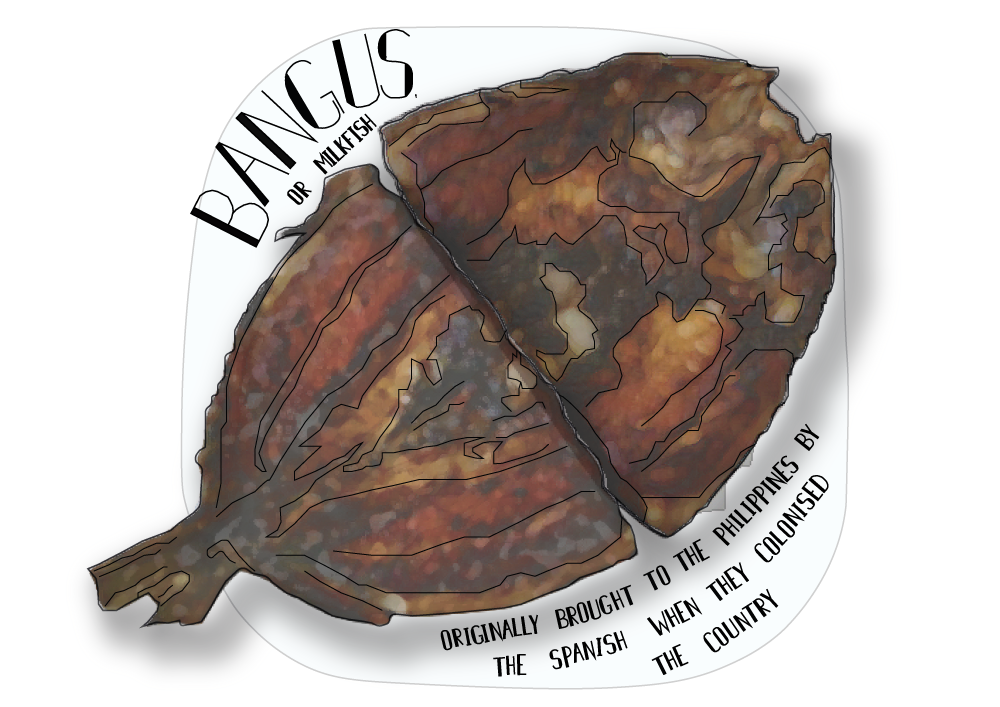 Many thanks to the students from West Island School and their course instructor, Sophie Oxford, for their hard work and participation in this collaboration with Foodie.

To receive more news on WIS, follow #wis_hk on your social media feeds.