Down the Pawn Shop

Tom Aikens popped in to celebrate two years at The Pawn

When The Pawn got its revamp two years ago, the Hong Kong crowd were eager to see its reopening and gain back their go-to hang-out for a spot of fish and chips, along with its brilliant terrace for a pint or a classy cocktail. When news broke that Michelin-starred English chef Tom Aikens would be taking on the role of culinary director with his modern British style of cooking and celebrity status, it caused quite the stir around the city's food scene.

Fast-forward two years and business is still buzzing, especially when Chef Aikens was in town putting on a celebratory wine-paired menu.

The menu for the evening was an eclectic one that began with that supremely under-utilised vegetable, the beetroot. 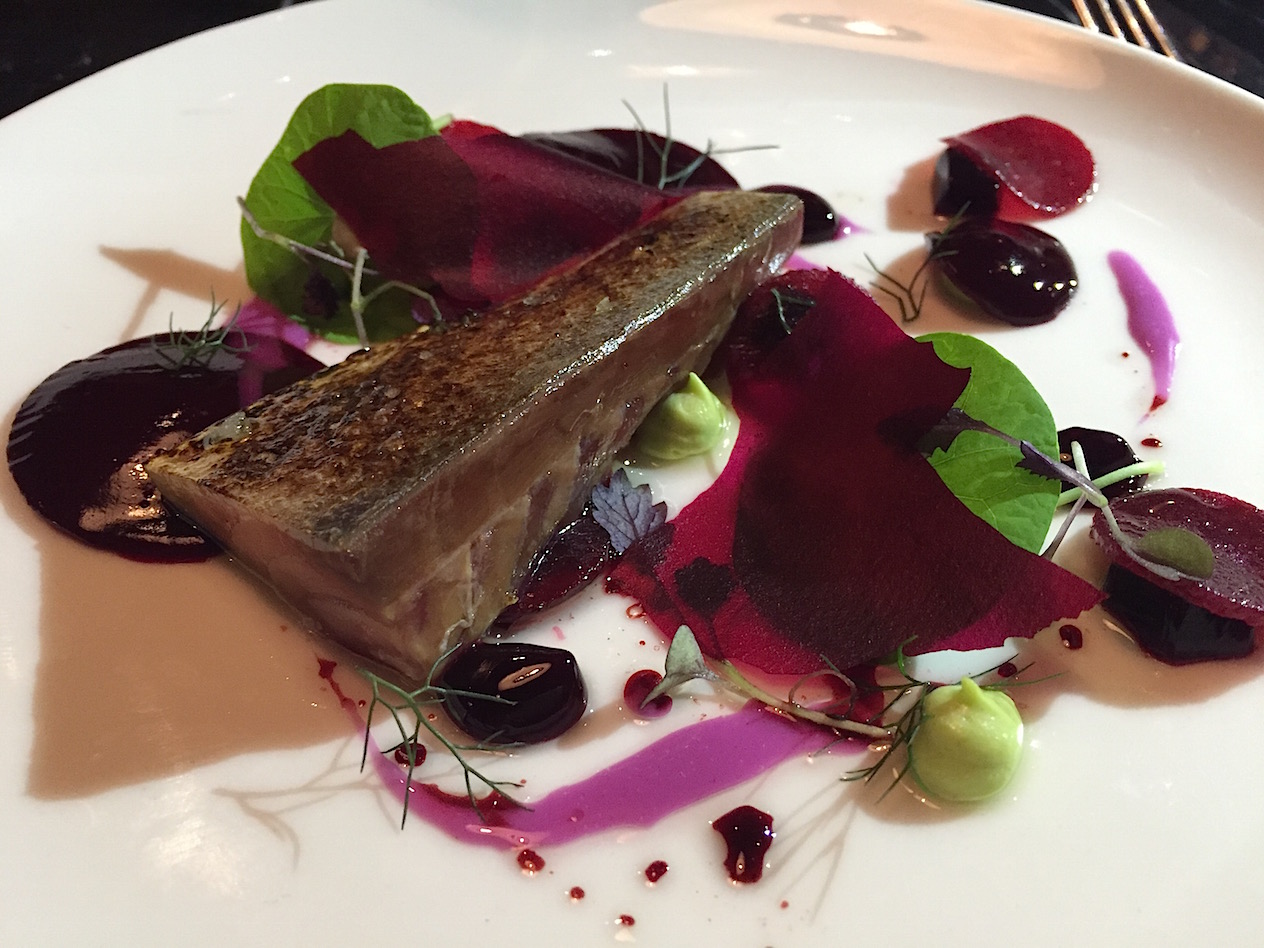 The beetroot gel was springy and turned this veg into a textural delight against the beetroot crisps that laid over the oily fish, complementing its natural flavours. A touch of avocado mousse gave a creamy addition. Paired with 'R' de Ruinart champagne, it was an impressive introduction to this opulent six-course meal. 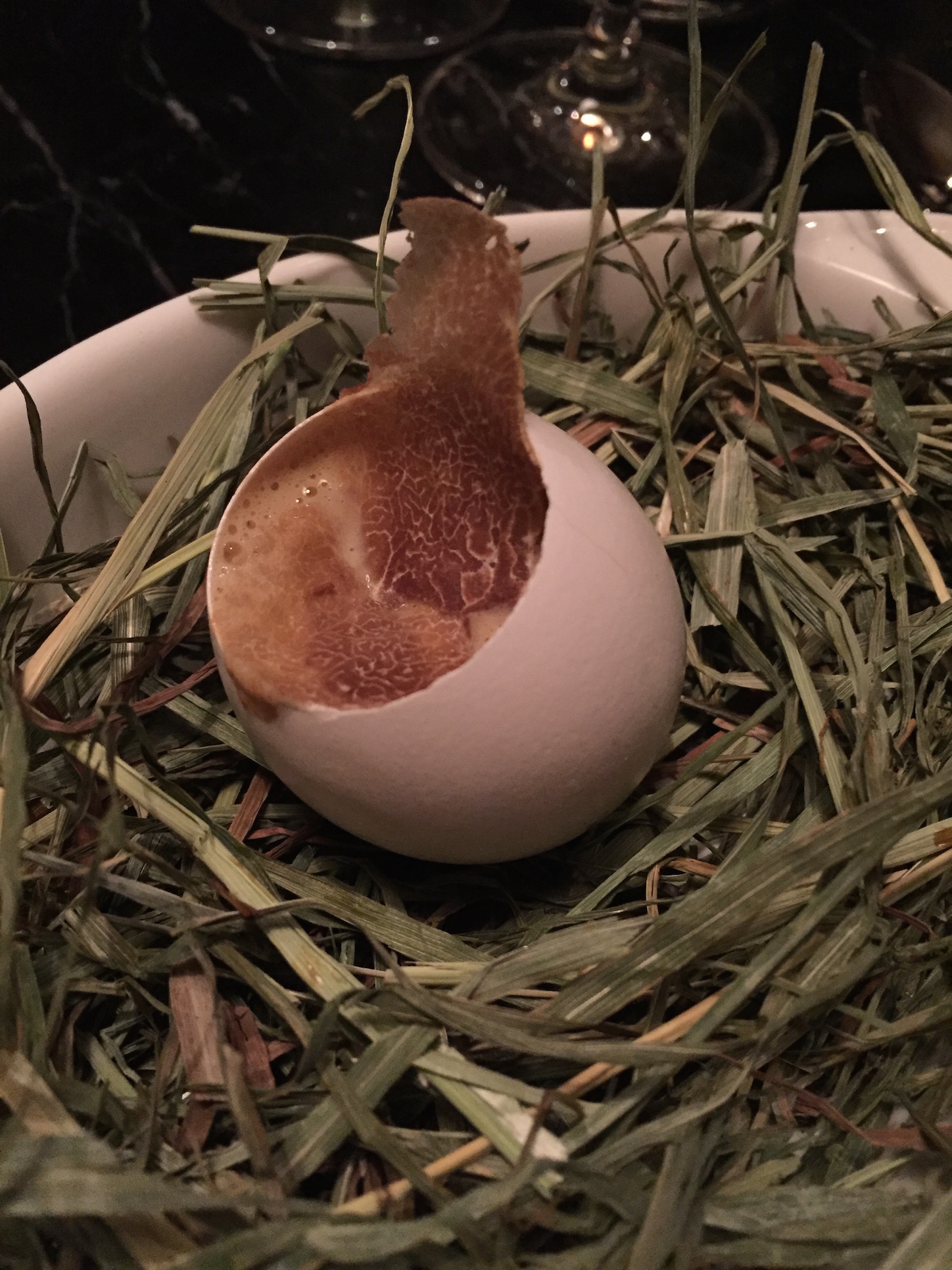 This second dish got the obvious oohs and aahs from the diners for its cutesy presentation that was backed up with the powerful flavour of rich white truffle, which pairs so well with egg in any variation. The crisp and evocative Ramey Chardonnay that came with it was a splendidly well-thought-out flavour enhancer. 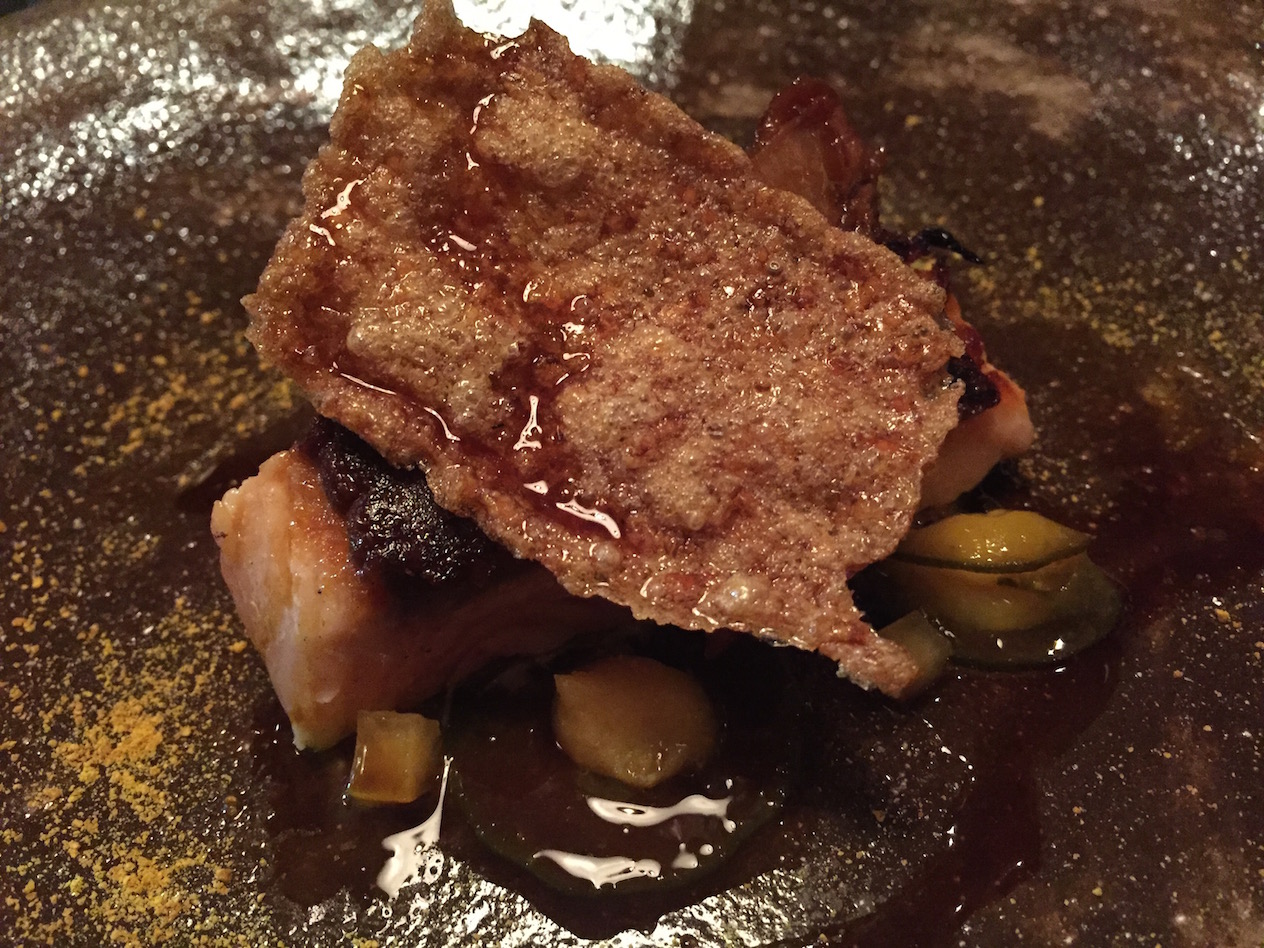 Never boring, Aikens' played up this dish with its towering ingredients, using the sweetness of the orange purée to highlight the other elements without overpowering them. 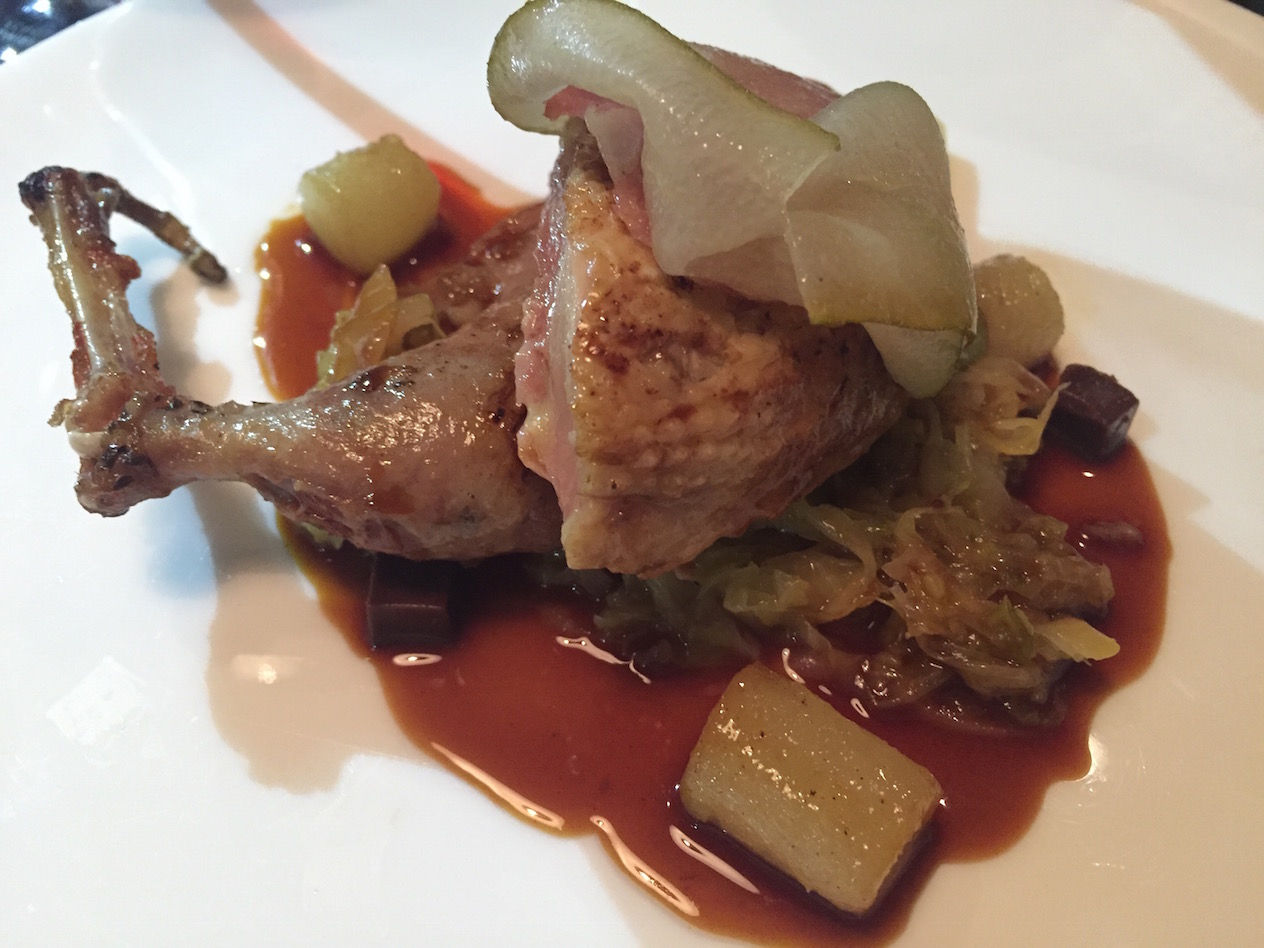 Partridge with pear and fermented cabbage

A 2012 Châteauneuf-du-Pape equalled this tender bird with a very festive accompaniment of pear. The subtly delicious cabbage was so moreish that we could have eaten a dish of it on its own. 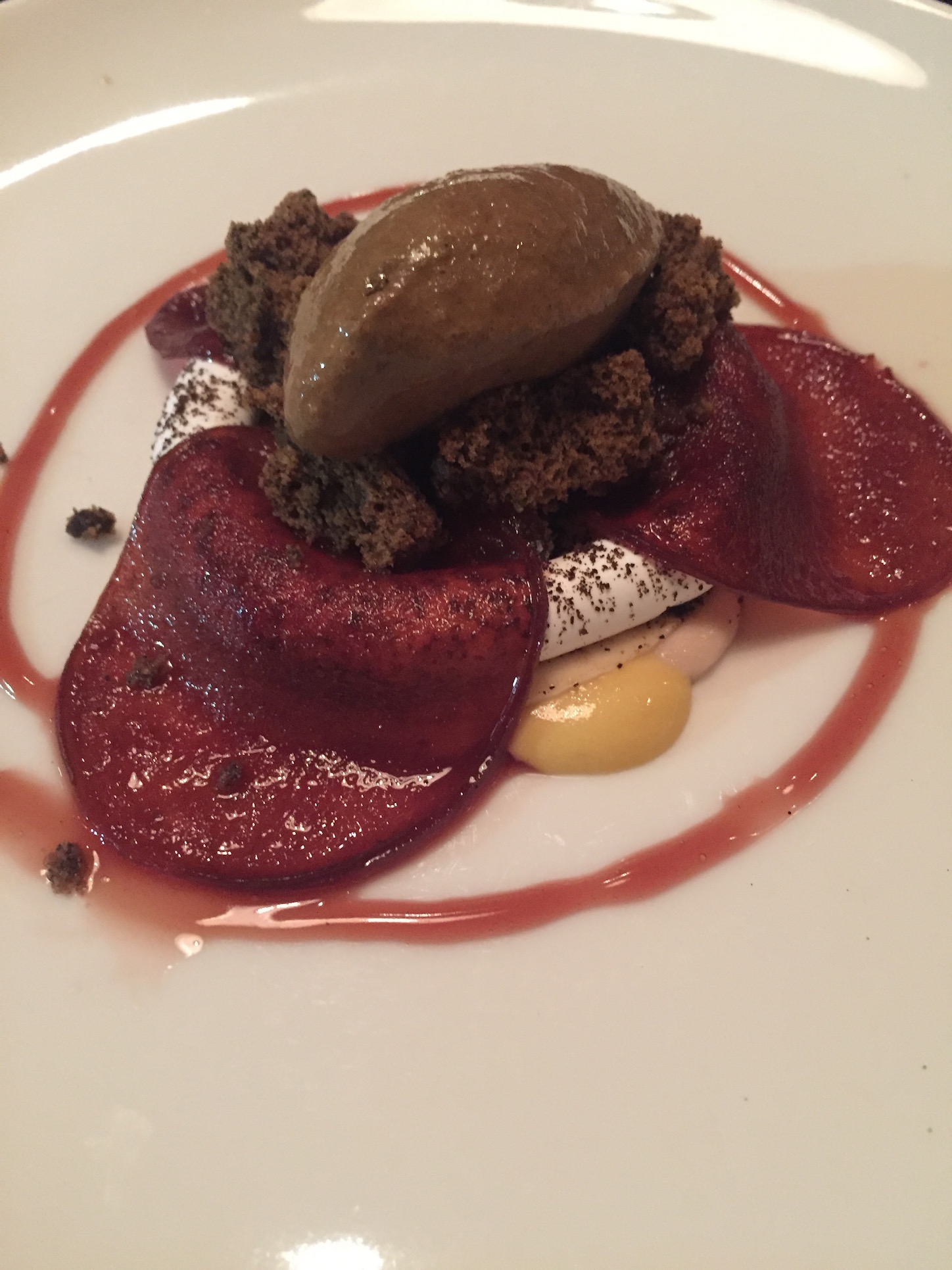 Confit plum with coffee and jasmine

The first dessert was a dish of crunch and creaminess, with the fruit providing a welcome offset to the rich coffee and jasmine flavours. A sweet side of Emilio Lustau Solera Reserva Pedro Ximenez from Andalucia, with its long, viscous finish, was like having a third dessert and was a superb match for this complicated dish. 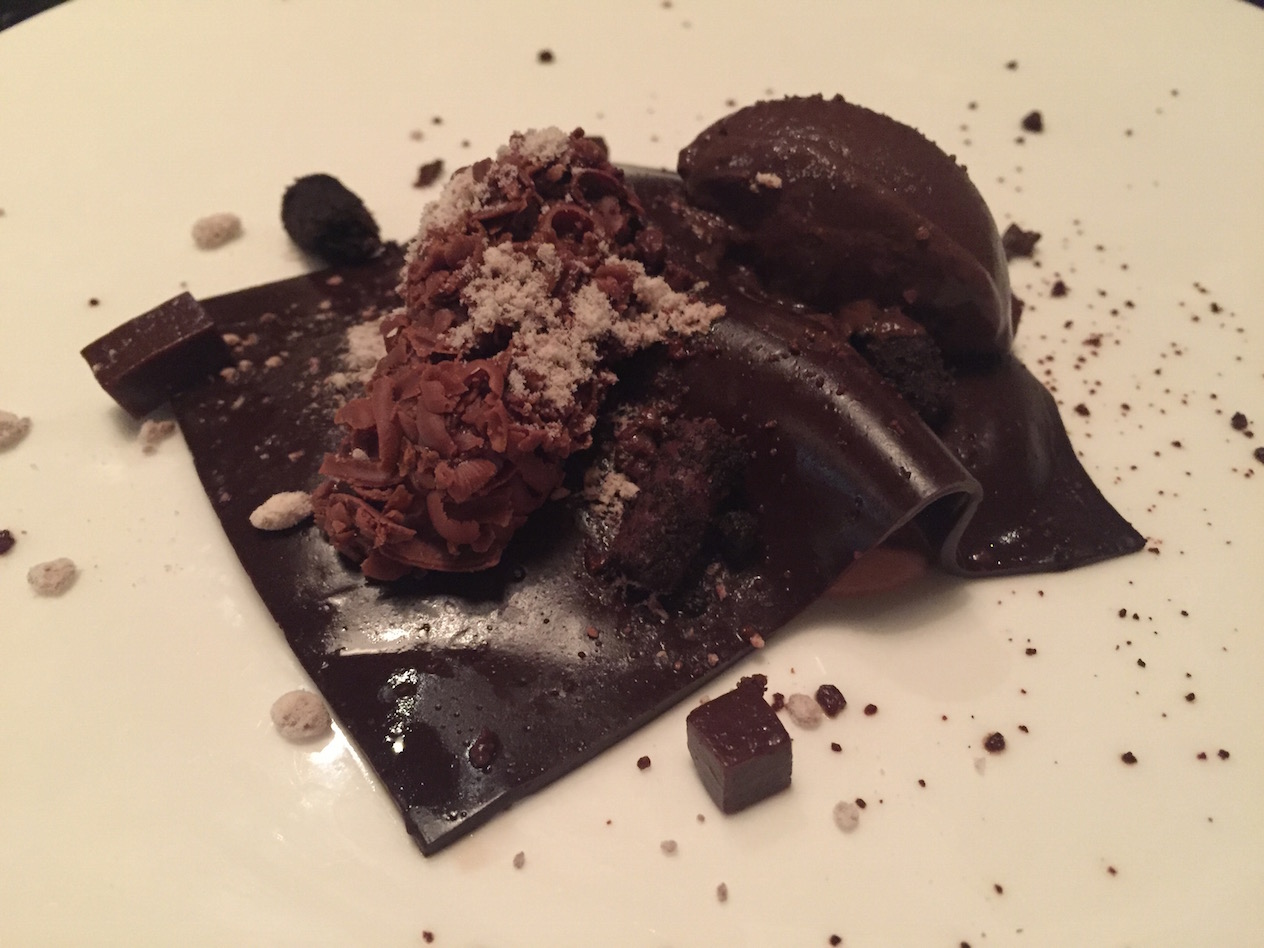 When the ganache arrived, a lot of poking and prodding preceded the eating of this multitudinous dessert. A chocolate blanket draped over several other chocolate imaginings was another texturally inventive element, fun to play with as a finisher for an expectedly decadent meal.