A New Way to Dine

Yes, it's an oxymoron, but it also makes sense. Vincent Mui has been testing the waters with his Test Kitchen all over town for the past year by abducting restaurants for the night for international chef kitchen takeovers. He found the idea such an exciting and successful one that he tried out a pop-up in his own Sai Ying Pun warehouse space with a makeshift kitchen. And again, he experienced another successful run of guest chef evenings, so with the dining scene in Hong Kong clearly calling out for more, Vincent decided to lease the space, install a proper kitchen and continue to bring in the chefs, whether they be from near or far, to show off their skills, with professional cooks flying in from everywhere from New York and the Philippines to Germany and Spain.

We picked Vincent's brain to find out about this new and unique form of permanent pop-up that's enveloped the taste buds of this city:

What made you decide to permanently take the space?

We've spent a year doing pop-up dinners in various locations, as you've seen. They've been well received and our dinners are growing, and so have our numbers. Having our own place allows us to focus all our energy on making great food, not worrying about where we are going to do our pop-up and logistics but simply refining our service and dining experience for our chefs and guests. And after a year of exploring and testing out the concept, its time to put our foot down on the pedal and just go for it. 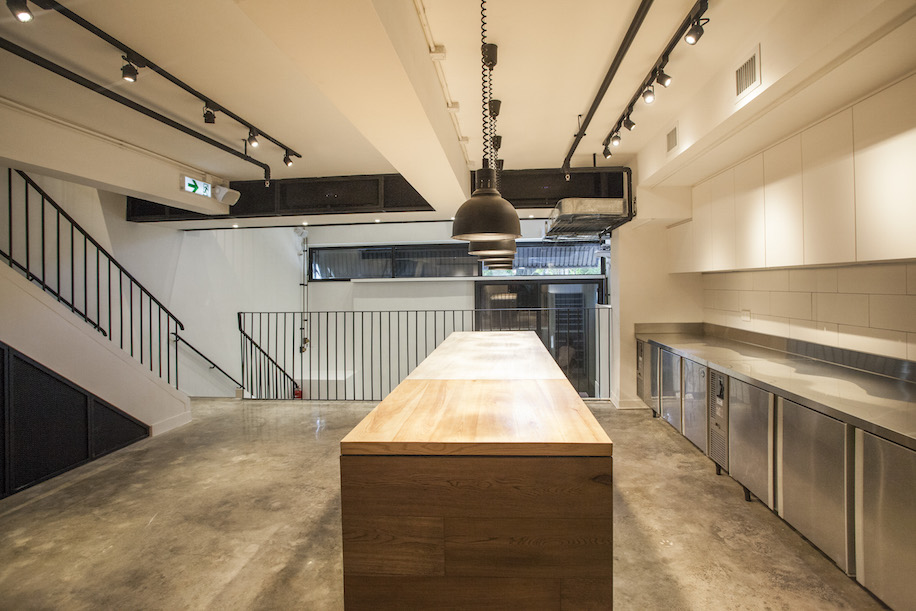 What kind of transformation was needed to convert the space?

We made it work for Test Kitchen while keeping the space minimal and focusing on the details. For example, on our back door we have a small piece of brass plate that has our name punched in from a blacksmith in Sweden – great craftsmanship, just big enough to read on the back door wall.  We want to become part of this community in Sai Ying Pun, and it's honestly very exciting for us, our first shop, like a newborn kid.

You seem to have an eye for emerging culinary talent. How do you choose your featured chefs?

Most of it is by luck!  A ex-guest chef of Test Kitchen referred the next chef. Carlos Garcia, who did our modern Spanish pop-up, used to work with Filip from Dóttir, and he reached out to him. Or when I'm travelling to different countries, I explore and by chance I come across great chefs with a tonne of love and passion for what they do, and in that case, usually I give them everything we've got to make sure we make each pop-up dinner as good as it can be. We are also just trying to make the next dinner better than the one we just did, so we learn from our past pop-ups and make each one better. 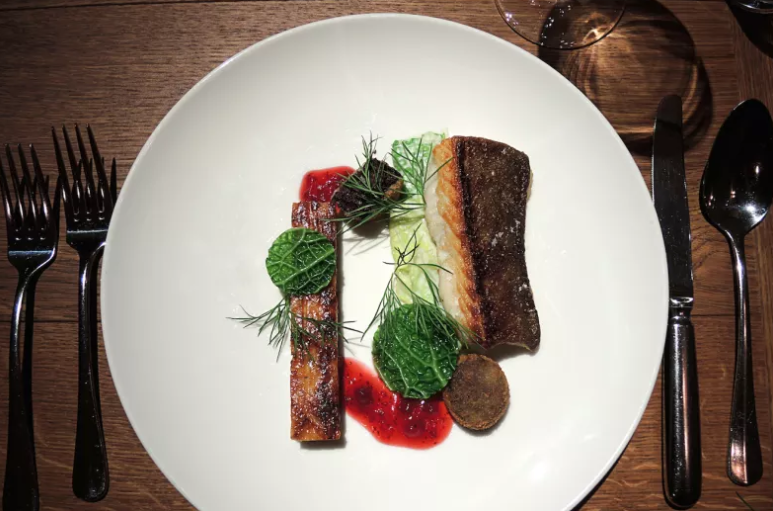 Can you talk a bit about the ongoing successes of some of the past chefs you’ve worked with?

One thing I feel very fortunate about is that I am able to keep in touch with all the chefs I worked with. The relationship goes way beyond the week of pop-up we once did in Test Kitchen. I'm pleased to say everyone is doing very well. After the Test Kitchen pop-up, Kwame Onwuachi broke me the news that he was going to Top Chef, and eventually he finished in the top six! And now Kwame's opening a new restaurant in DC called The Shaw Bijou, named after his mother (who, by the way, makes the most amazing gumbo and cornbread in New Orleans I've ever had in my life). Sarawut, from Thailand, is now opening his own restaurant right by his home. His Thai dinner with us in Test Kitchen focused on ancient recipes, and I still remember the flavours. Chris has gone on to run one of Hong Kong's most talked-about restaurants in the industry for his innovative use of local ingredients. Jordy and his dream team are definitely living the dream! They opened Toyo Eatery shortly after our pop-up, and it was an instant hit in the country. If you ever go to Manila, please go to Toyo. The food is sensational. Carlos is just an amazing fellow; he and the team at The Black Pig continue to do amazing food, and they are opening a new restaurant soon in the city centre. 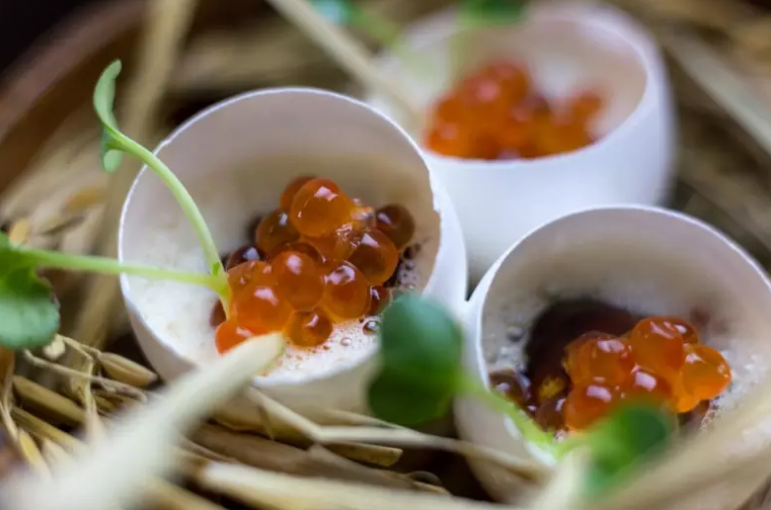 What feedback have you had from guests at your events in the past?

It's been great: I'd say 90 per cent have been really positive. They support what we do here, which is giving a solid platform to chefs to showcase their talent and food, creating an experience for both the chefs and the guests and doing so in a viable way. Our guests are awesome, they are adventurous and they come here simply to explore and have a good time. I have some who met at previous dinners, and they come back for the next pop-up series together as friends! 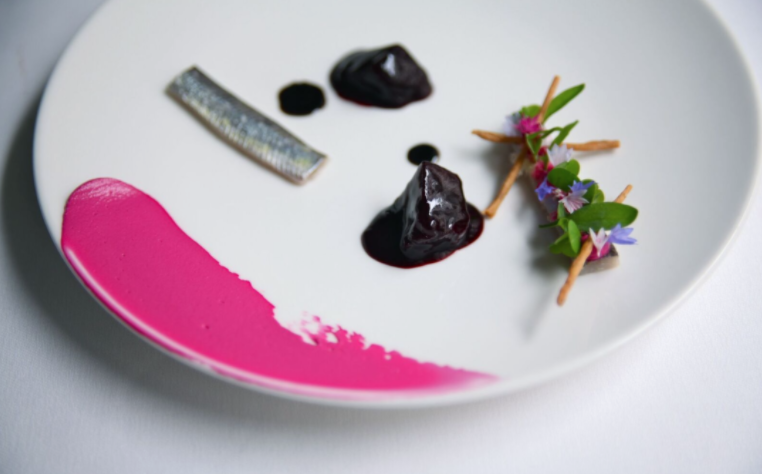 Why did you choose the Scandinavian duo of Toni Toivanen and Eric Räty for your latest pop-up dinner?
Eric and Toni have a genuine passion and talent in cooking. And I love working with them also because Eric's one of the most accountable people I've ever known, always early to any meeting we have, always pushing himself to do the best he can. Planning the menu together, there was no limit, we set no boundaries and we let our imaginations run wild and did whatever it took to make it a reality at the dinner. It was amazingly fun to work with them, and we learned so much from Eric and Toni in just a short week at Test Kitchen. And to be able to bring two great friends (Eric and Toni) together in Hong Kong and share a wonderful week is very gratifying. I first met Eric at Dóttir's pop-up dinner in July. He was one of our guests, and after dinner we chatted, and he expressed interest in doing a pop up-dinner together. So I met Toni through Eric, and he's just one of the nicest guys and an amazing cook in the kitchen. 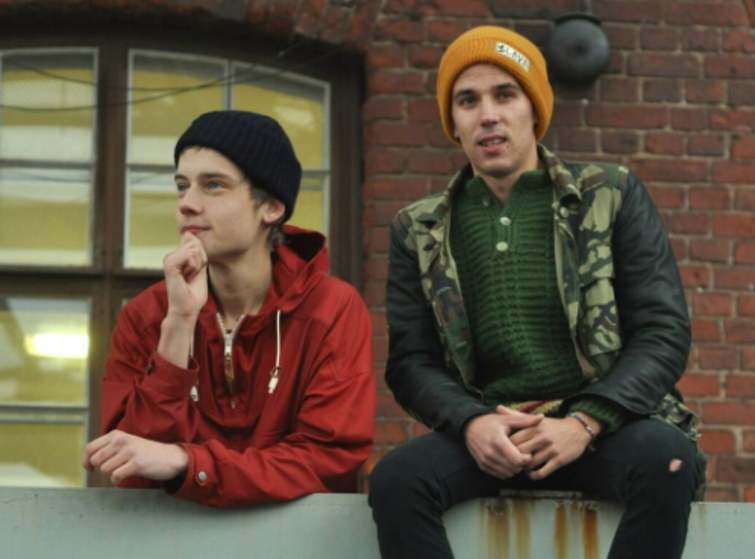 What response did you have from dinners after the Sandlådan pop-up?

People are mostly impressed with the chefs' personalities and their food. It's something they haven't had before. It's driven by passion, and their style really shines through on the plate. My favourite comment is from a great chef in town, and he said there was not a false note on the menu, which shows all the thoughts and details we considered with the menu and execution really paid off. And other times when we just hear the guests really enjoyed their night. That is really all it takes to put a smile on our faces because, ultimately, that's what matters.