The kitchen experience comes to the dining room

Sir David Tang's China Tang in the LANDMARK is already known for its chic and opulent decor and fine Chinese food. Now it's set to also be known for setting the stage for what is being billed as experiential dining. This clever moniker involves bringing the exciting prep elements that ordinarily take place inside the kitchen out into the dining room for guests to marvel at, enhancing their dining experience. Available only for group dining in one of the six private dining rooms within China Tang, the chefs add a bit of flare to up the performance element – and a bit of guest participation to engage the diners before they dig in.

Here are the dishes and experiences taking centre stage: 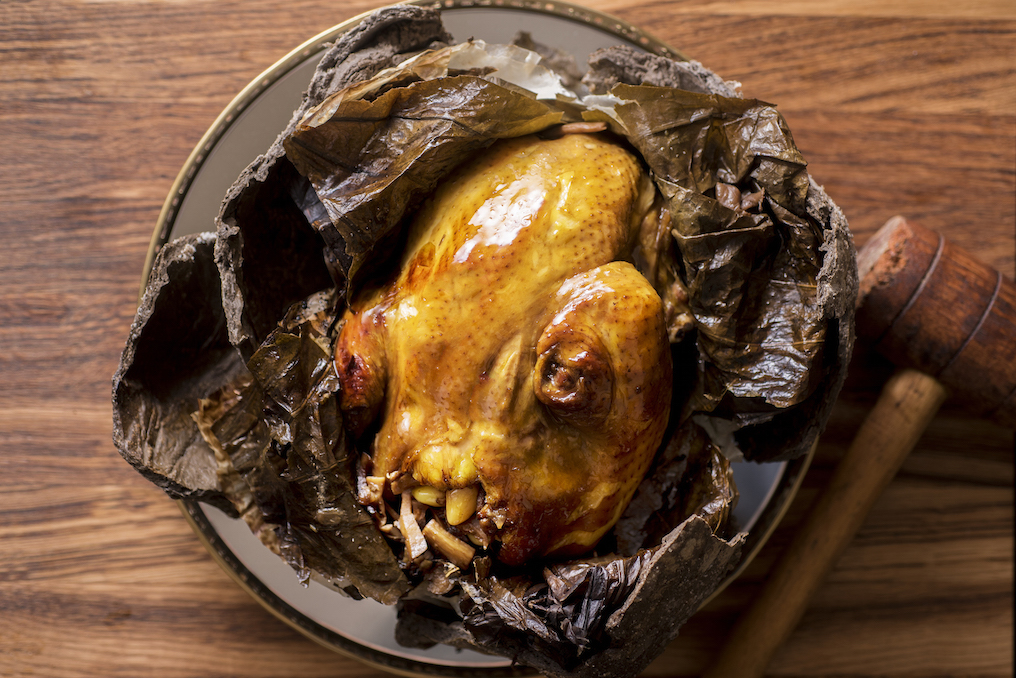 This traditional Chinese dish requires hours of preparation. The chicken is stuffed, wrapped in lotus leaves surrounded by a thick layer of clay and then baked  for six hours. Once cooked, the dish is served to the table, with the clay lit on fire. Guests are then given a wooden hammer to participate in the cracking open of the clay, which rather satisfyingly opens to reveal a juicy whole chicken. 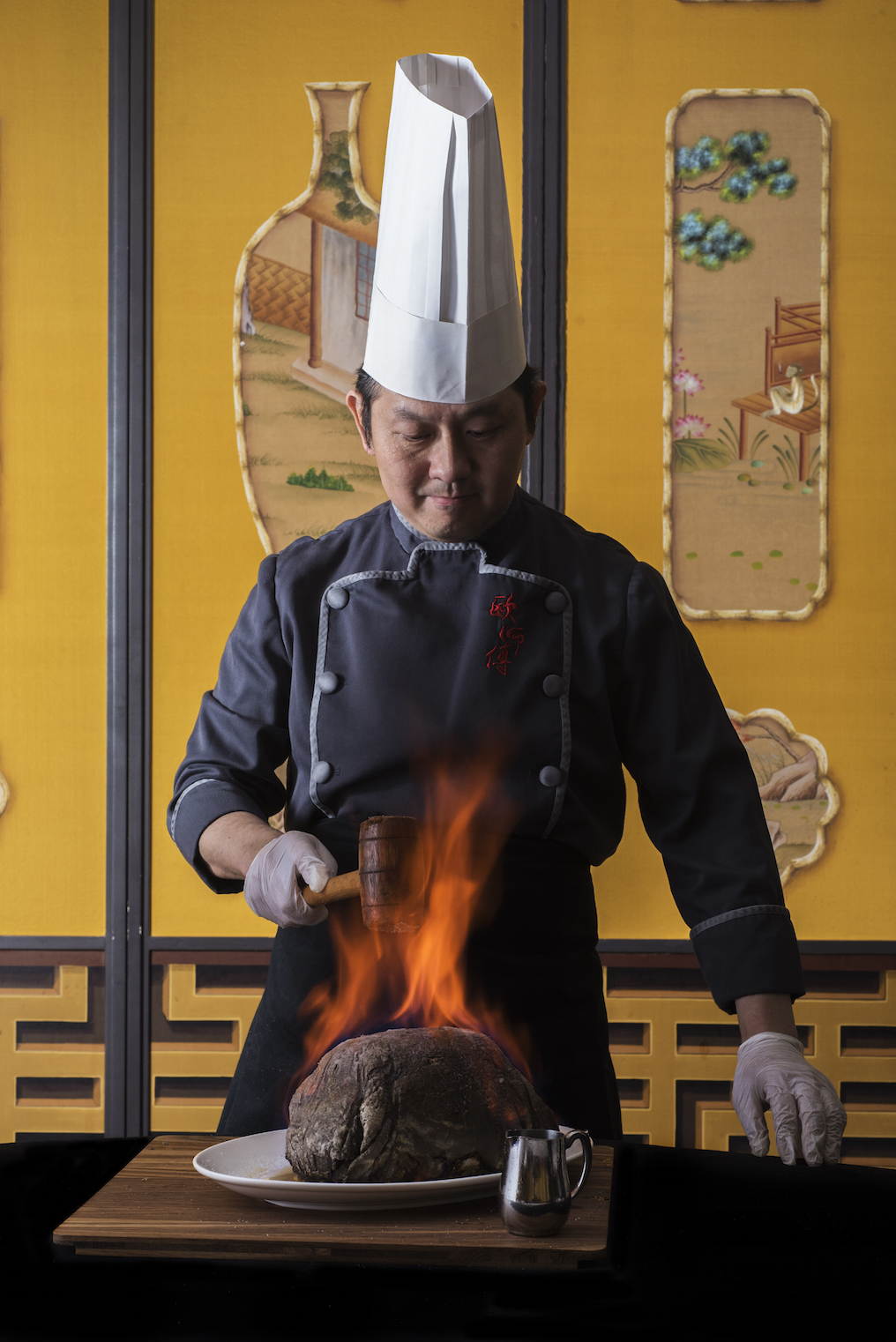 The restaurant's classically prepared wood-fired Peking duck is the stuff of legend, and at China Tang, they'll carve it up right at your table so that you can get your taste buds primed before rolling up your pancakes. 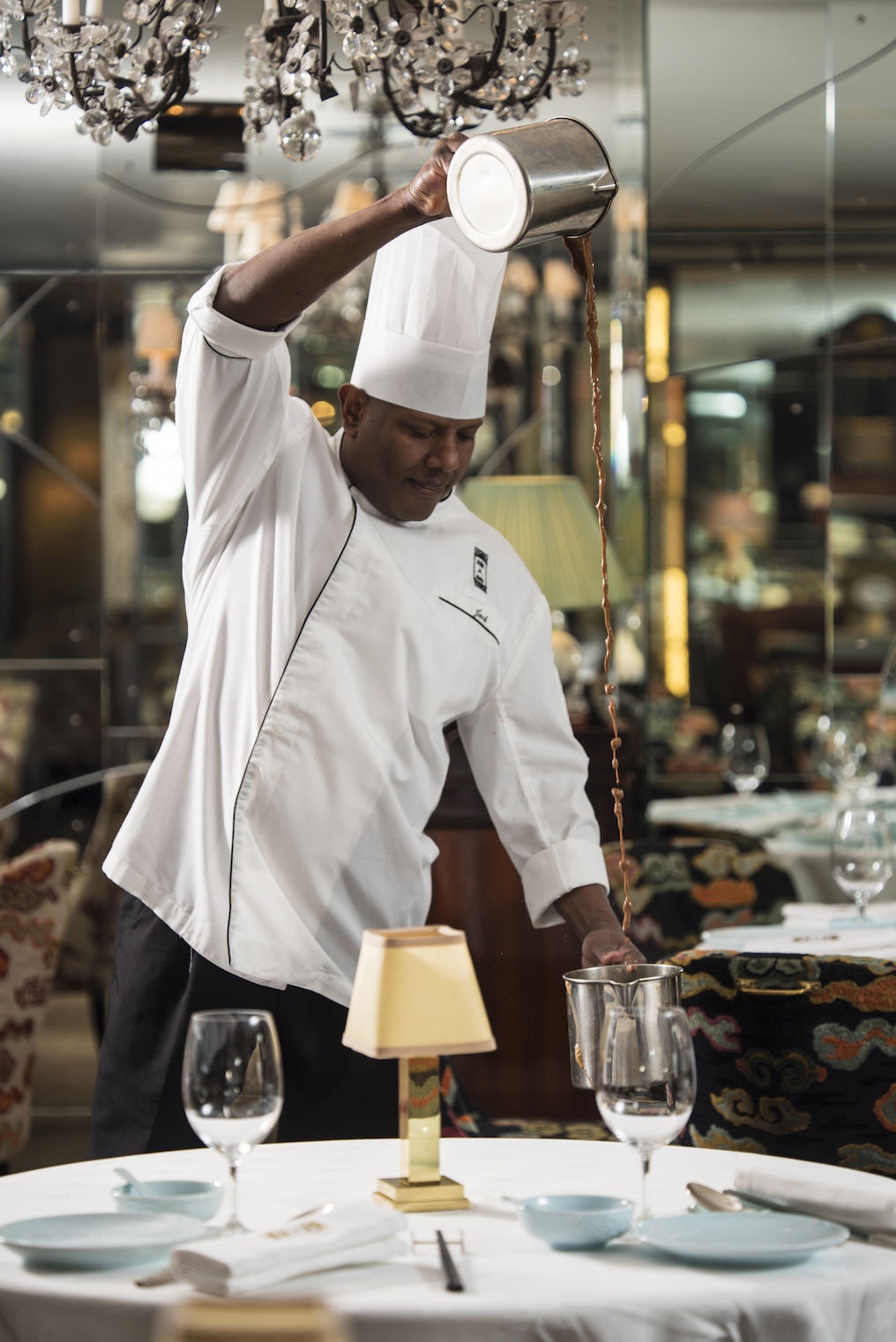 To complete the meal, China Tang's Malaysian tea pourer serves an authentic Indian-Malaysian tea, Taj Mahal. The tea is pulled 8–10 times at the table, from a height of two metres, using the traditional Malaysian pulling method that elicits the tea’s smooth and silky texture.