The Chefs of Taste

The inaugural Taste of Hong Kong presented by Standard Chartered was a huge success last year for those dreaming of dining at some of Hong Kong’s favourite fine dining restaurants, gathered together to give punters a sample of some of their best dishes.

We spoke to a handful of the Taste chefs, some returning for a second year and some brand new to the festival, about what flavours can be expected this time around: 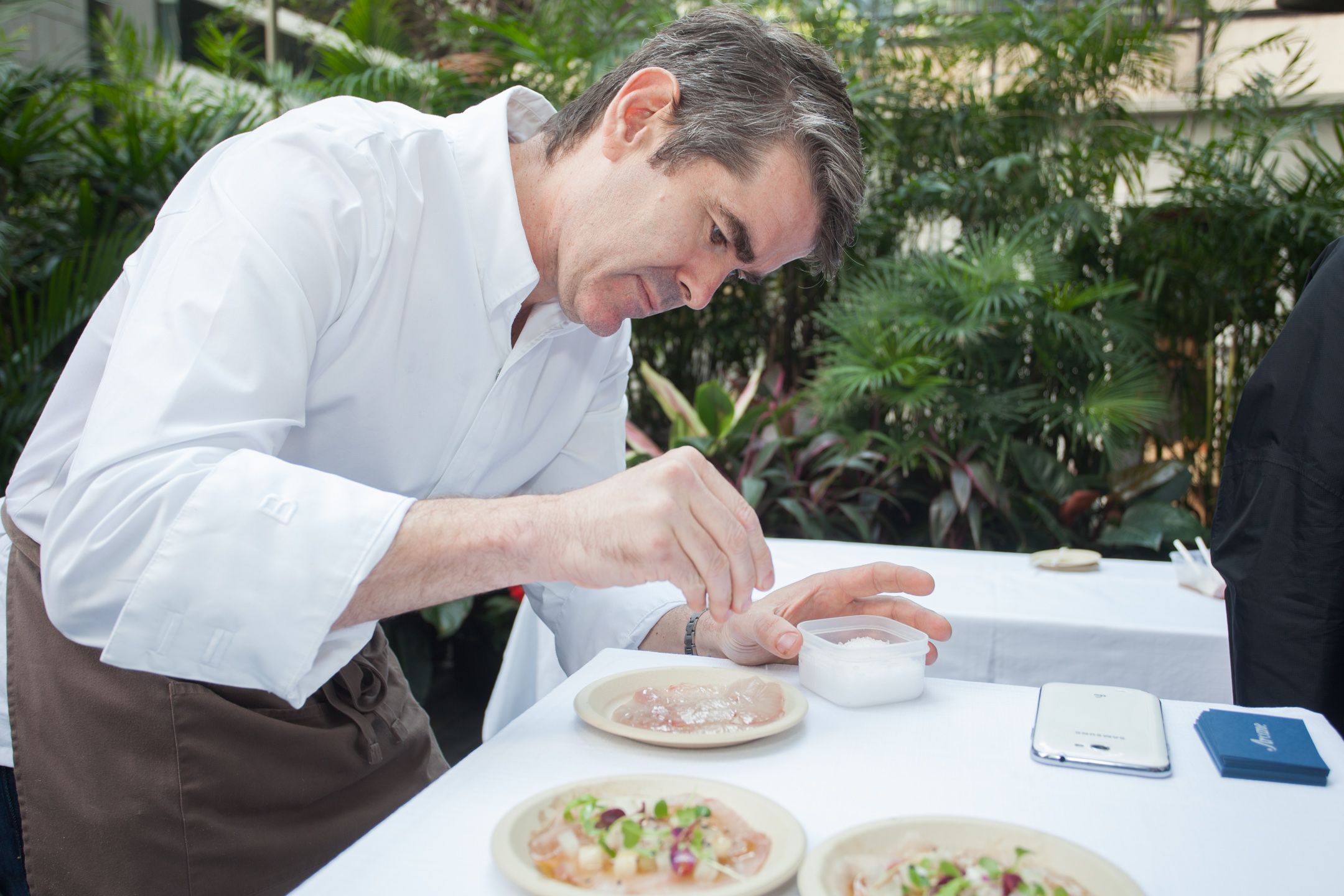 Shane Osborn of famed fine dining restaurant Arcane is returning to the festival for another run. "I'm a big fan of the Taste festivals. I've been to many, in London and Perth. Last year’s Hong Kong event was challenging, due to the appalling weather, but the atmosphere and turnout still exceeded my expectations. I feel with even a small improvement in the weather, this year’s festival could be a cracker. From a chef's point of view, it gives us a great opportunity to meet and hang out with like-minded people from Hong Kong's best restaurants. Hong Kong Taste is so unique, due to its location and backdrop. One thing that truly surprised me last year was the appetite of the visitors; the sheer volume of food consumed was very impressive." 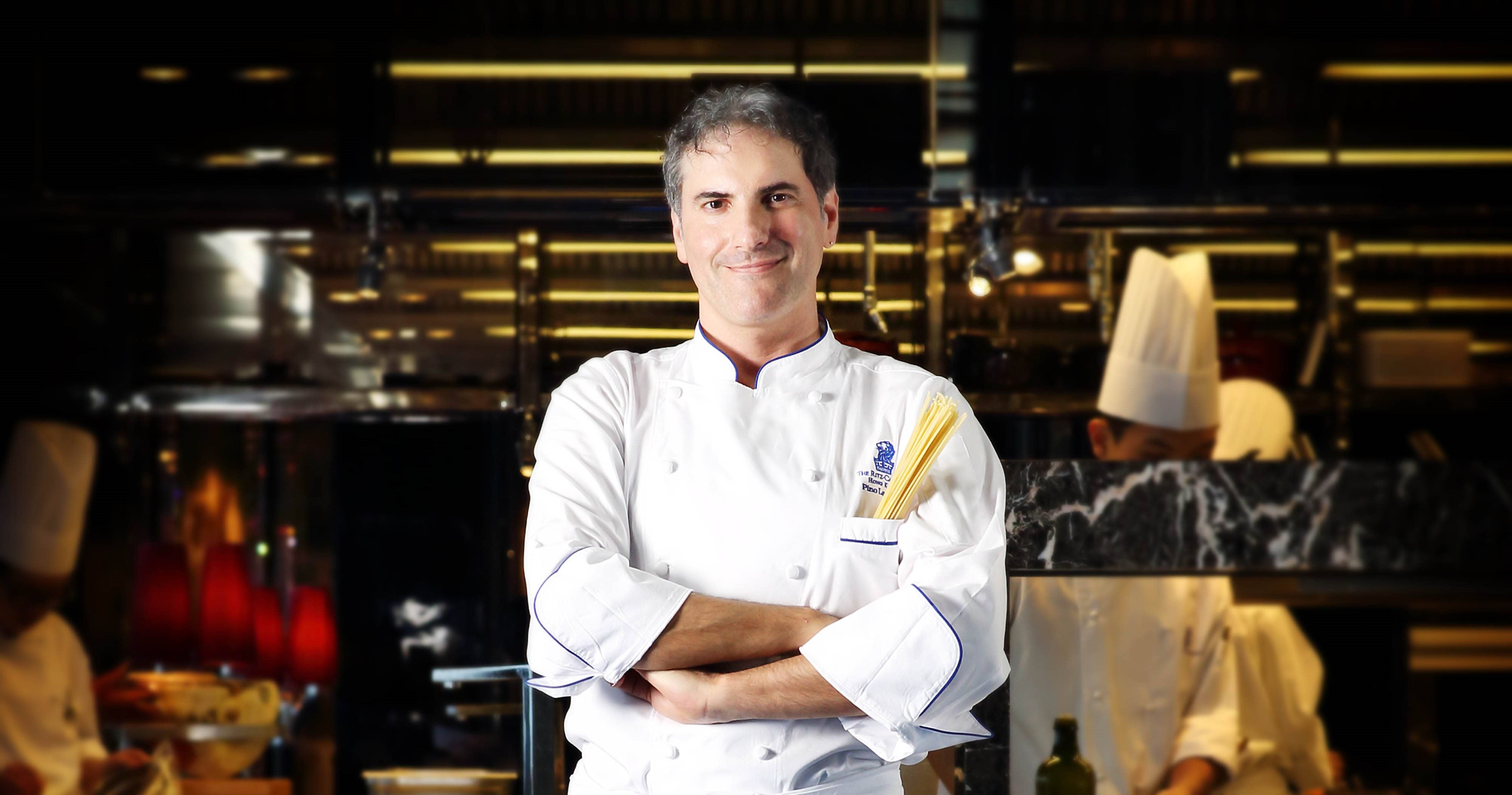 Back for another year, Pino Lavarra of Tosca is known for his technically challenging and scintillating Italian cuisine. His dish last year of green spaghetti wrapped in swordfish carpaccio won taste buds over from the first bite. Chef Lavarra says of the festivities, "It was fun last year. You have to take this one as something fun. They asked me to do it again, and I accepted immediately. The best part was when we closed down and all the chefs came to my stall to drink espresso, and then also the people who really enjoyed themselves.' When asked if it was the interaction with the chefs that enhanced the experience, the chef says, 'Yes, but even more with the guests, getting closer to them, so we can explain it to them. They can see it all, because we go down to earth. We are usually 102 floors up, and now we actually go down to the ground. That was fun."

A stalwart of the festival, Eric Räty of Café Gray Deluxe won hearts by serving up a hearty marsala-glazed veal cheek. Chef Räty says of his plans for this year, "This year, we know more about it all, and we are happy with the booth design. But with the signature dish, we might do something more difficult for us. Maybe this year will be warm weather, or maybe not, so we need do something similar to suit. You never know.' As for the restaurant’s reasons for joining again, he explains, 'Of course you have all the best chefs from Hong Kong; you meet those chefs again, and you have lots of the new chefs coming up, and new restaurants showing the best products that they are normally serve in their restaurants. That’s the main thing. The Taste events welcome so many people. Some have never heard of Café Gray, or maybe they’ve heard but haven’t had a chance to taste the food because of the price, and here it is at a smaller price, and hopefully they like it and then they come upstairs to the restaurant." 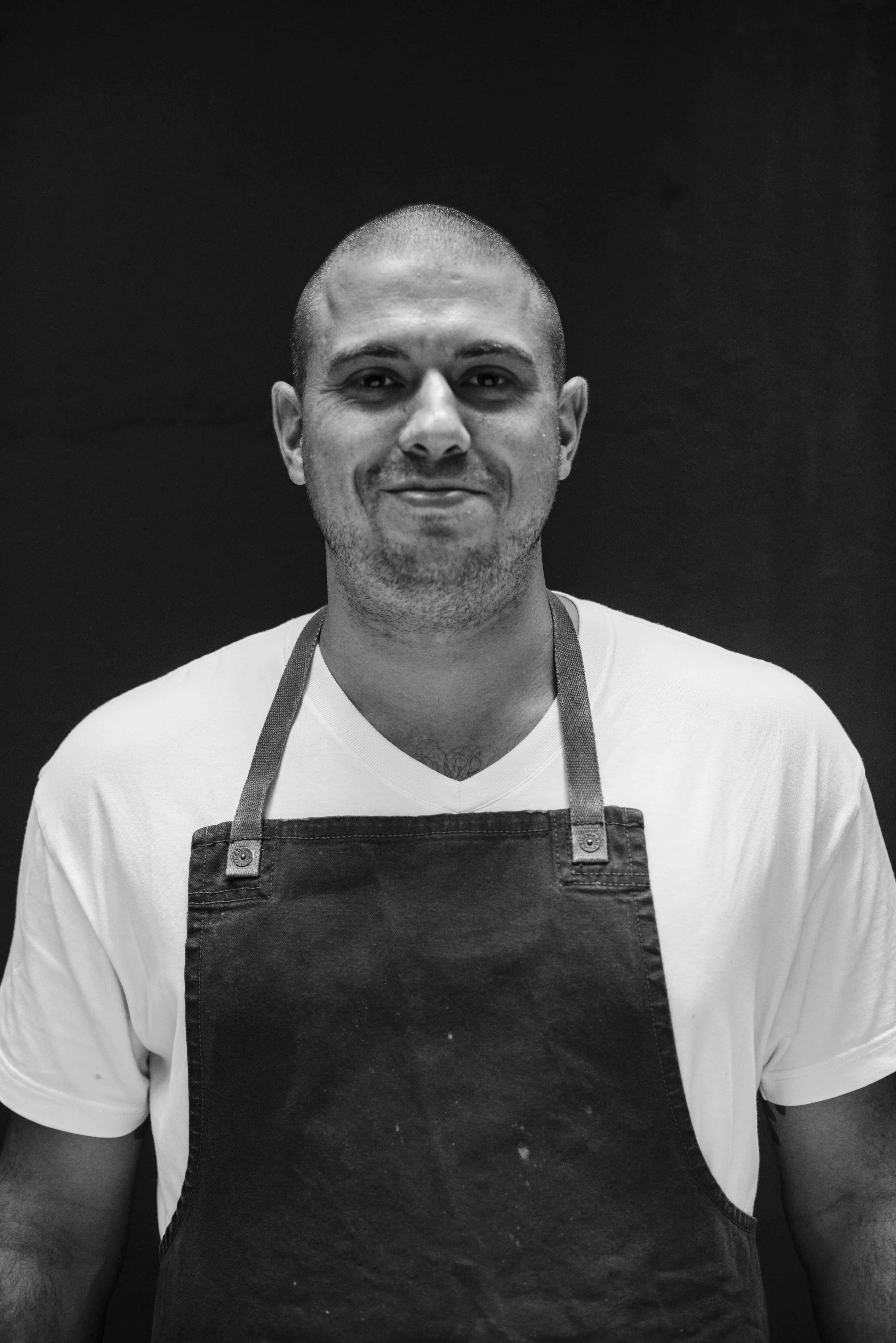 Yardbird showcased their renowned Korean fried cauliflower and an array of junmai sake that got the party atmosphere going last year. Matt Abergel says it was an easy choice to do it all again. "Yes, if it wasn’t a good experience, I wouldn’t do it again. It was well organised and it was fun; the weather sucked, but lots of people showed up, so it didn’t really matter at the end of the day. We were worried that people wouldn’t show up, but people came and it was great. Now we know what to expect, and we’ll just try to be better. We’re not changing the world, but we’re having fun." 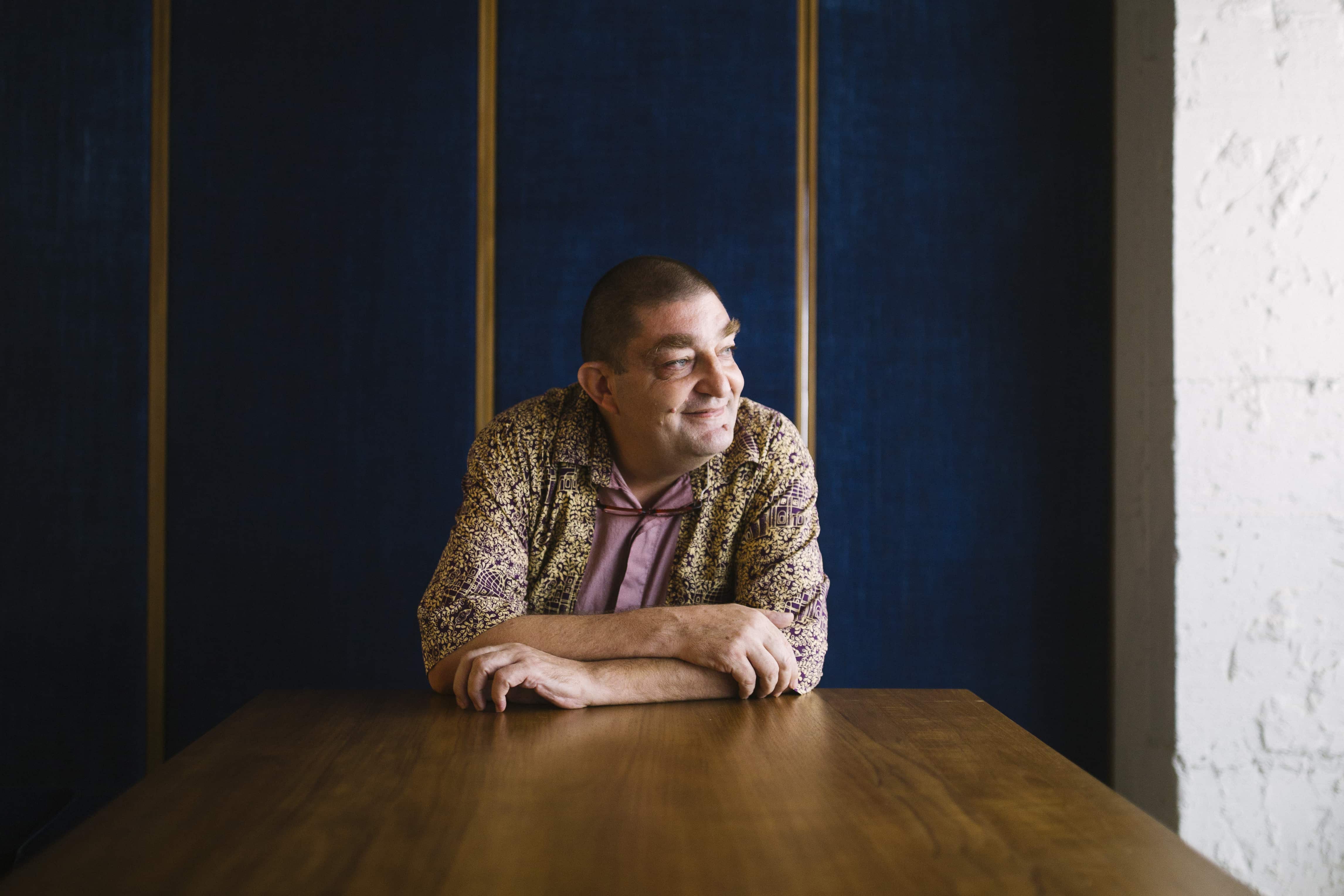 New to the scene this year is Antoine Audran of Sai Ying Pun hotspot Kaum at Potato Head. We asked Antoine what we could expect from his team at Taste. "Some unique Indonesian food. We believe Indonesian food is so underrated in the world, so we want to bring it a step further and a step higher. I’m very excited. I attended last year, and I think it is a great event." 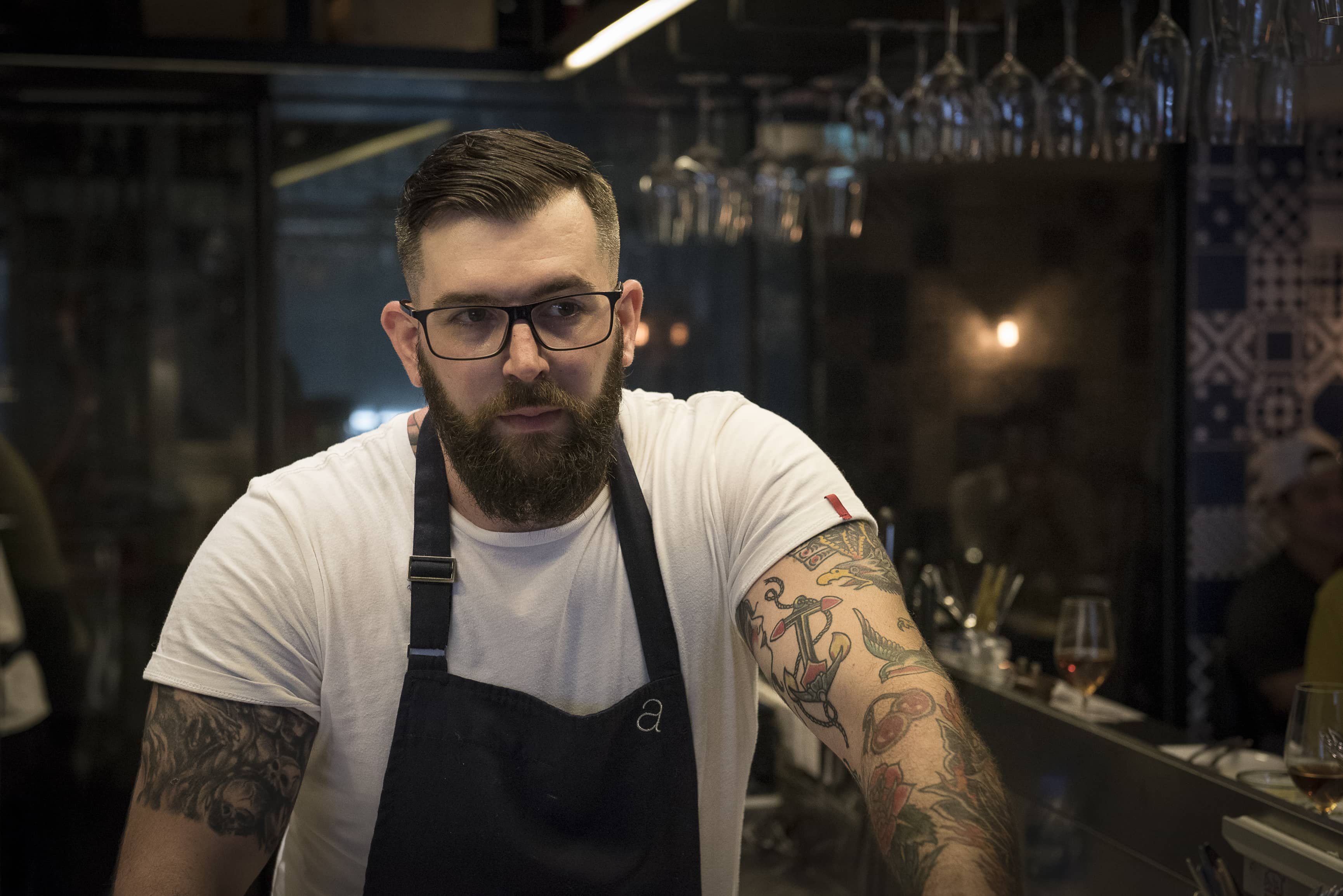 Rhoda exploded to applause from Hong Kongers when it opened its doors last summer, and the restaurant's chef, Nate Green, previously of 22 Ships, although new to Taste of Hong Kong this year, is very familiar with the international festival. He says, "Last year I couldn’t do it because 22 Ships is just too small, but I did the first ever Taste of London, and it’s a very different format to the way it is now. It’s interesting to see the progression of the festival, the style of the way it operates and how it is run. Taste of London was originally started to showcase fine dining restaurants for people who couldn’t necessarily afford to eat at fine dining restaurants. So for that idea, you could go down and have a plate from Le Gavroche for six pounds. That was the whole point of it, and again, it's the same thing here. It helps to appeal to people who may not be able to get down to your restaurant or be able to come down and have a full meal, but it gives them an idea of what you’re doing and the experience of it, all in one setting. You want a bit of Amber, you want a bit of Yardbird – you go and it’s fun. It’s a great showcase for restaurants, and it appeals more to just the local market. You also you get people coming in from places like Singapore visiting Hong Kong for it, so it’s not always just the Hong Kong market. And it’s just nice to be involved as well with the community of chefs getting together and doing stuff together."

Tickets range from $108 on weekdays to $678 for VIP passes, including limited-edition offers. Prices exclude booking and transaction fees. VIP pass holders can enjoy fast-track festival entry, exclusive access to the VIP enclosure, $300 worth of the official festival currency and three complimentary premium beverages.

Foodie Club members can get 10% off by typing in this discount code: FOODIE2017

Not a member yet?

It's free to join Foodie Club – simply sign up here to get discounts on our events and updates on all upcoming events and Foodie deals.

Jenni Lien | about 22 hours ago

A value-packed staycation offer – with afternoon tea! – to celebrate 50 years