If your taste buds haven't tucked into a meal at Frantzén's Kitchen yet, start prepping them for a mind-blowing visit to the top of Tai Ping Shan.

Booked up for weeks in advance, this sweet little spot in the highest reaches of Upper Station Street is helmed by Swedish chef Jim Löfdahl, protégé of lauded chef Björn Frantzén of two-Michelin-starred  Frantzén in Stockholm. The restaurant is small, intimate, both casual and sophisticated in one, with an atmosphere of constant conversation and interludes of chirpy dialogue with the sommelier. It's an experience of counter-style interaction with the chefs who are completely at ease despite the buzz of eager diners, releasing an infectious relaxation that permeates throughout the restaurant.

The menu itself is full of beautiful drawings of the dishes, drawn by Chef Frantzén himself, that illustrate each dish like an architect's schematic design. The ingredients are proudly labelled, and the dishes are inspired by the Swedish ingredients themselves, many of which are very rare in Hong Kong. 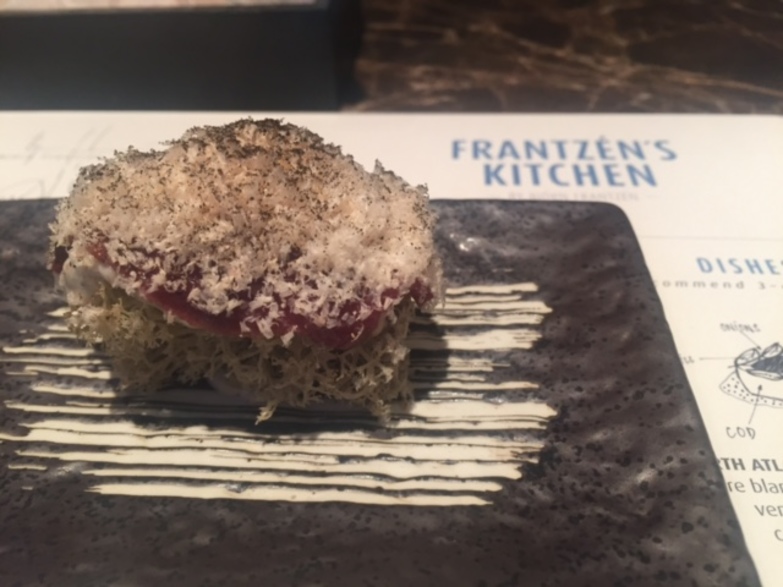 Take the menu stalwart Swedish sushi ($75), a crispy white moss, fallow deer, cep mayonnaise and frozen foie gras tower of unanticipated textural delight that took hours to prepare and was gone in an instant of exquisite pleasure. This is a bite you want to consume over and over, reason enough to expect a repeat visit to this exciting flavour house. 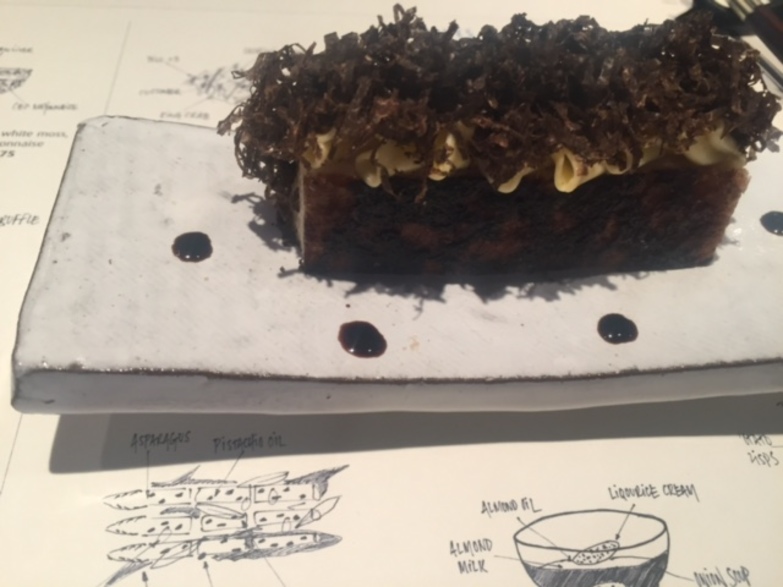 The 'snacks' are almost unfair, tiny, tempting and quickly devoured. The French toast with winter truffle, balsamic vinegar and aged cheese ($90) is a signature dish that's so intoxicating, you'll quite possibly want to laugh manically with glee at the refined combination of tangy sweetness, gooey gusto and earthiness that balance in a perfect harmony. 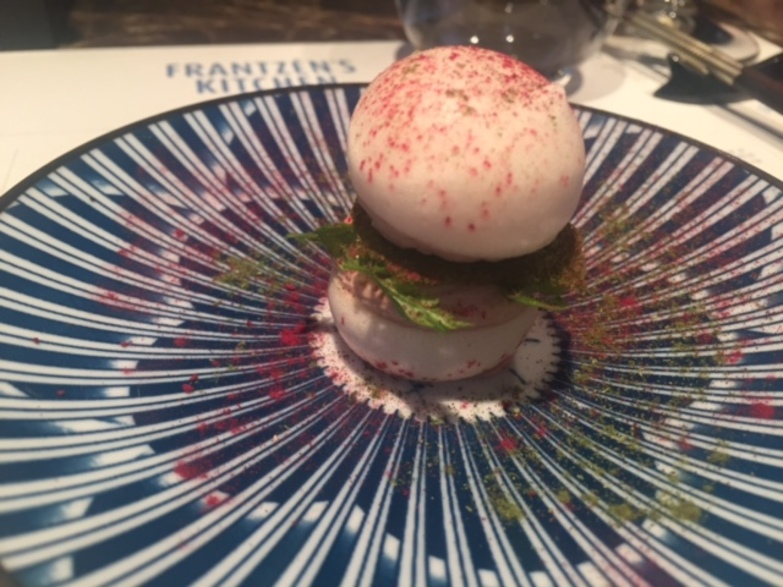 A one-bite apple and lingonberry macaron with foie gras parfait ($55) was as surprising as it was abundant, with quick stabs of taste that in equal parts assaulted and soothed the senses in fruity, silken, sharp jabs before disappearing with sips of an elegant organic Chardonnay from Domaine Patrick Hudelot.

Knowledgable and charming sommelier Jean-Benoît Isselé throws out poetic phrases like 'you'll feel the sun in this one' and prides his wine collection on being 30–40 per cent natural and organic, including a magnificent Riesling from Alsace by biodynamic producer Frédéric Mochel. 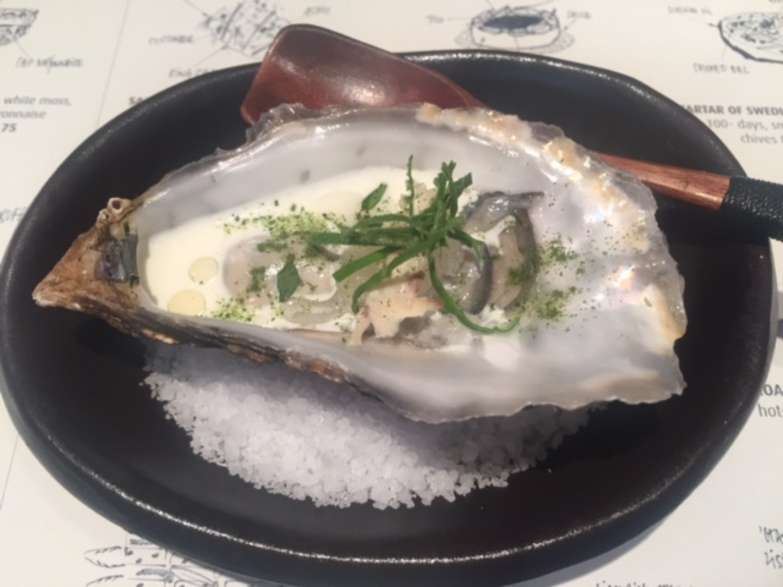 The poached oyster 63.4°C with frozen gooseberries, cream, seaweed powder with walnut and Hernö Gin ($70) was a gift-wrapped offering from the sea with add-ons that worked seamlessly with the Normandy oyster rather than overpowering its naturally evolving flavours. 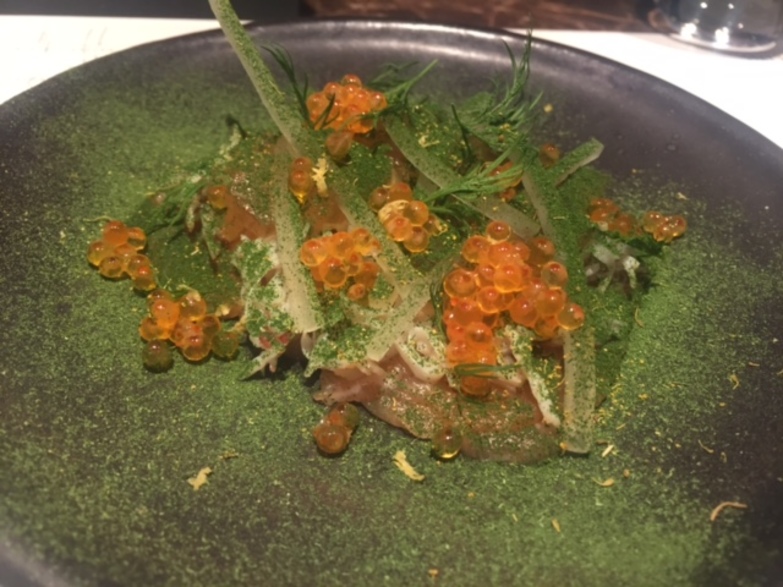 We eased into the main dishes, still dainty but slightly larger, with the sashimi of Norwegian salmon with king crab, dried dill, crab apple and trout roe ($160). It screamed with explosive pops of voluptuous roe and various dill imaginings in true Kräftskiva style. 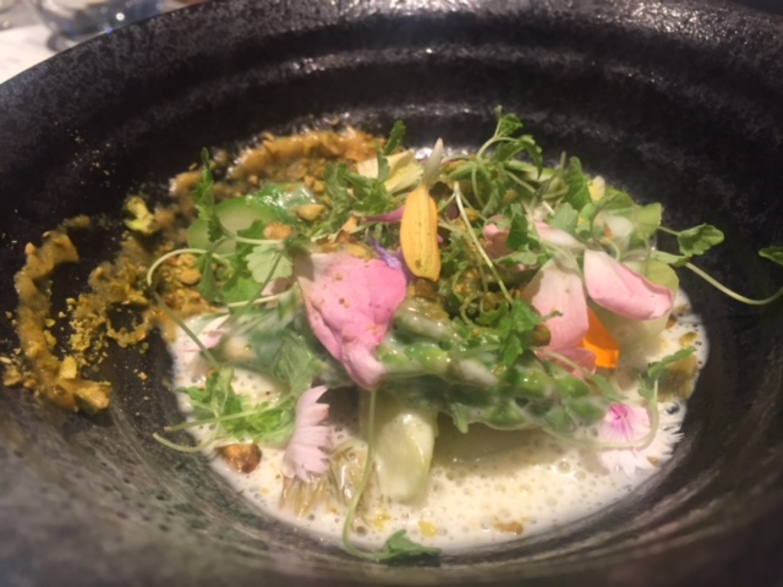 Almost every colour was accounted for in the asparagus with fermented white asparagus juice, flowers, pistachio and pine shoots ($165), a fresh interval of veg.

The pan-fried Hokkaido scallop with burnt bread pudding, beurre noisette, cauliflower, crispy bread and hay ash ($205), however, was pure whites and creams, with four separate ways to dress a cauliflower that complemented the scallop both in texture and appearance. The flavours were further encouraged along with a sunshine-filled northern Rhone white from Stéphane Montez.

The veloute with yellow onion, liquorice and roasted almonds ($120) is a real passion project of Chef Löfdahl, who is a steady force of knowledge about his carefully chosen ingredients. He described his coaxing relationship with the special liquorice lady who supplies him – and him alone – with this prized and powerful product. The liquorice assaulted the senses in the most pleasant of ways, with its extreme and distinct flavour shining like a beacon in this already rich, mouth-coating dish.

While the tartare of Swedish dairy cow, dry aged for 100 days, with smoked eel, herring caviar, chives and scallion oil ($195) had picturesque pops of caviar that were formed to look like blackberries alongside edible flowers on a canvas of plump and velvety meat. The earthy eel comes from the only sustainable eel farm in the world and was enhanced with another natural wine, the fresh and silky Vin des Amis, with great pops of berry. 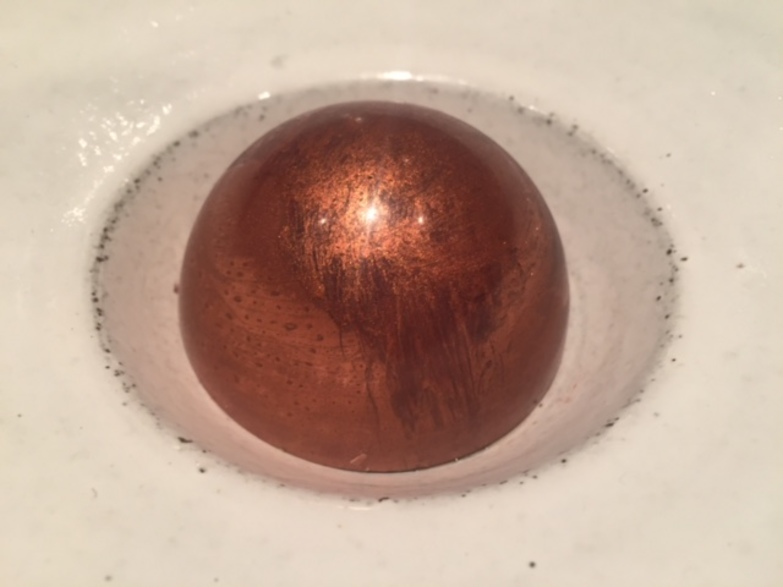 Dessert started with another liquorice-filled dish: sticky beetroot, vinegar, liquorice and berries ($105). Eating it was like teaching the tongue a new dance with its unexpected wanderings from flavour to flavour. The final dish of smoked ice cream, toasted nuts, tar syrup and salted fudge with cloves ($105) hid the scoop of ice cream under an orb of tar syrup, a hot fudge dressing for a pudding that's slow as molasses on the tongue, enlivened by the warmth of clove for an impressive denouement to a theatrical meal.

This may read a bit like a love letter to the flavours, but this meal felt special and deserving of praise. It's expensive and a special occasion meal for most (although we discovered two couples who had been twice in two weeks), but it's sure to delight all who love beautiful dishes crafted with unerring innovation and care, paired flawlessly with beautiful wines. So although you'll certainly pay the price for this wonderland of carefully sourced ingredients and highly skilled preparation, if you're fully prepped for the steep tab, it's hard to imagine you'll be disappointed here as it's something of a culinary adventure each step of the way.

In short, this is culinary magic from the fairy folk of Scandinavia, and they've brought the fairy tale to Hong Kong. Good luck getting in, but once you do, you'll dine happily ever after. 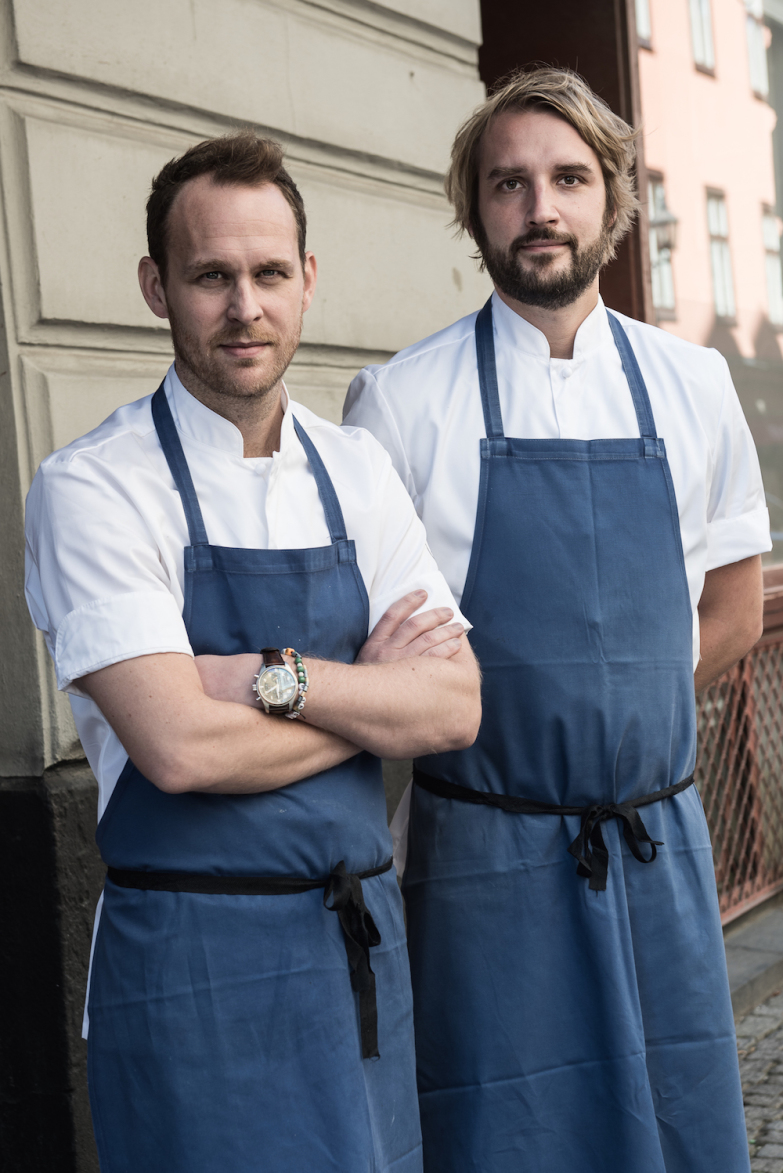 Modern, grill-centric dishes + what might be the city’s best tarte Tatin