World's Best Bar to Pop Up in Hong Kong in May

Here's a chance to tick off what should be one of the top entries on your culinary bucket list.

Right on the heels of the unveiling of The World's 50 Best Restaurants is an opportunity to sample libations from the bar crowned #1 by The World's 50 Best Bars in 2016 right here in Hong Kong. From 24–26 May, Dead Rabbit will be in residence at Blue Bar at Four Seasons. The New York City establishment is no stranger to the industry's highest accolades, having earned the titles of World’s Best Cocktail Menu and World’s Best Bar by Tales of the Cocktail in 2015. 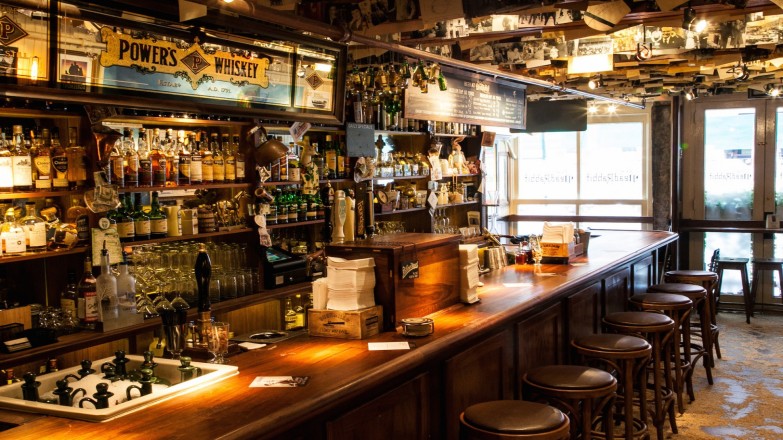 The story of the Irish-American tavern began when two Belfast mixologists – Sean Muldoon and Jack McGarry – conceived the idea of creating a pub that tells the story of how the Irish settled in New York in the 1800s. Dead Rabbit, named after the notorious gang of Irish-Americans who roamed Manhattan in the 19th century, opened its doors right after Hurricane Sandy struck NYC in 2012. It boasts the largest collection of Irish whisky in the US and the second largest in the world. Consequently, with 145 types on hand, whisky cocktails make up half the menu, appearing alongside illustrations of the tales of the Dead Rabbit gang in a graphic-novel-style menu.

Jillian Vose, bar manager and beverage director at the Dead Rabbit, will be present during the pop-up, bringing along with him a special menu featuring four of the bar's most inspired cocktails:

Four Seasons Executive Chef Andrea Accordi will be showcasing his culinary versatility by replicating some of Dead Rabbit's signature dishes such as Scotch eggs, truffle fries, short rib sliders and Irish stews to complement the cocktails.

Foodie | about 15 hours ago

What is meant by body, structure and oak?