The celebrated chef swoops in 20–21 May

Since its doors first opened in one of Central's hottest dining spots (LKF's California Tower), Mercato has left quite the mark on our city's fast-paced, ever-transforming culinary landscape. The trendy Italian establishment combines some of our favourite dining elements: fresh, quality ingredients, family-style sharing plates and simple, ingredient-focused cooking with a modern twist. The secret of Mercato's success?  World-renowned Jean-Georges Vongerichten, the three-Michelin-starred chef and restaurateur who is also responsible for the iconic Three on the Bund in Shanghai.

It seems only right that celebrations for Mercato's first birthday are marked by the return of the restaurant's mastermind and star. On the evening of Saturday, 20 May 2017,a special anniversary menu will be prepared by both Chef Vongerichten and the other person responsible for Mercato Hong Kong's success, Chef de Cuisine Anthony Burd ($788 per person, inclusive of a glass of G.H. Mumm Champagne).

On Sunday, 21 May, Chef Vongerichten will still be there to switch up Mercato's popular à la carte Sunday brunch. Treat yourself after a week of hard work with the chef's signature buttermilk pancakes with banana and house-made Nutella ($128), a dish inspired by Marion Cunningham's Cunningham's The Breakfast Book. Or go lighter (but not too light) with Mercato's iconic cinnamon sticky buns with cream cheese frosting ($78), a fluffier and less indulgent version of the traditional cinnamon bun. 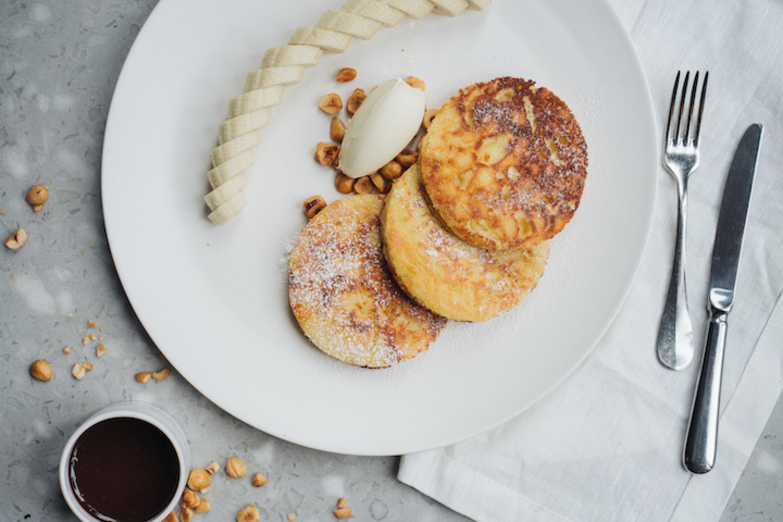