Brazilian-Japanese fare is the name of the game at this colourful, chilled Peel Street newcomer

Formerly of Black Sheep Restaurants, Alex Offe travelled throughout Brazil to prepare for the opening of his first standalone restaurant in Hong Kong, Uma Nota. Through this travels, he fell in love with the South American nation, most notably the artsy and vibrant city of São Paulo.

Boasting the largest Japanese population outside Japan, São Paulo is home to generations-old Brazilian-Japanese botecos (similar to pubs, botecos are casual spots for enjoying good food and drink). This is not trendy fusion fare but an amalgamation of flavours that are deep-rooted in the Brazilian culture. Think raw fish, skewers and dumplings: food for breaking bread with family and friends.

Uma Nota focuses on these uniquely São Paulo flavours, with a cool bohemian look and sharing menu featuring flavours that are unique to Hong Kong. From our initial impressions – the colourful tiled steps leading up the restaurant, with cushions scattered at the top for lounging, the Latin background beats, the genuinely warm and welcoming service – we had high expectations. 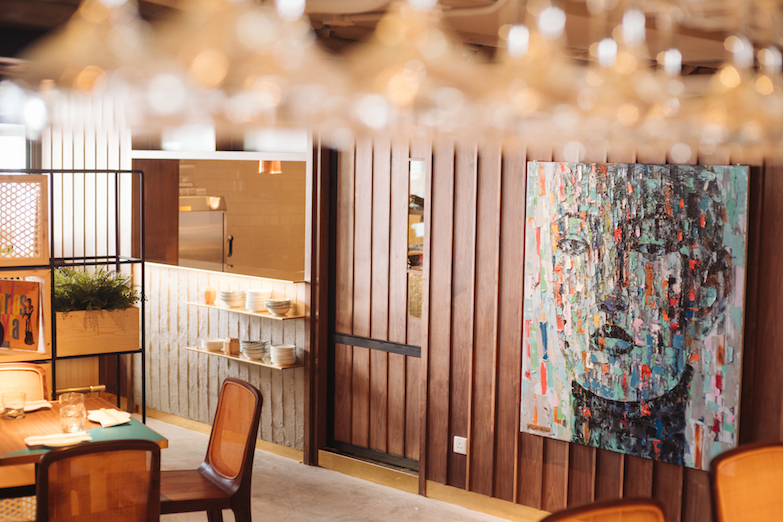 The Food and Drink

We wanted to try out everything on the well-curated menu, and if you come with a group of four or more, that’s exactly what we recommend you do. But since it was only two of us, we took it easy by ordering a selection of plates to share along with two caipirinhas a fresca ($90) – using daily-changing fruits of the day. We were in luck because coconut was the chosen fruit on the eve of our visit, and this was the perfect tropical match for the cachaca, the potent Brazilian rum made from sugar cane.

From the Smaller section of the menu, we narrowed it down to three plates to sample. Our favourite was the coxinhas de frango ($70) – chicken and okra dumplings (but these seemed more like American hush puppies to us) served with homemade chilli sauce. Quite simply, these dumplings rocked: the golden, crispy exterior was in sharp contract to the juicy, well-seasoned shredded chicken and okra within. We like our spice, so the fiery chilli sauce was just fine by us, but for those who are spice-shy, beware. The banana dulce ($75) was another surprising standout. More like a plantain in texture and flavour, the fried banana came topped with a peppery crabmeat and sour cream filling that was addictive – an interesting combination of flavours that just worked. The porco crocante ($85) was the only dish we wouldn’t order again. These hefty slabs of crackling pork belly, drizzled with a sweet and spicy tonkatsu sauce, while tasty, couldn't compete with the stellar pork belly found at Canto diners around town. 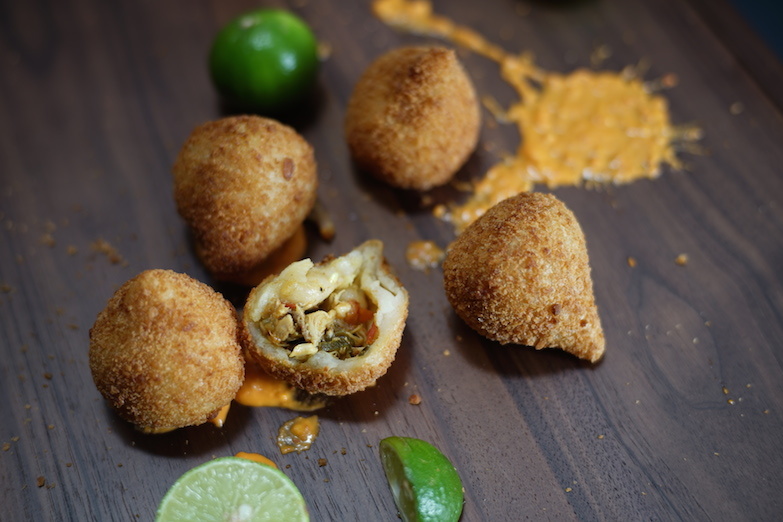 The ceviche goa ($150) was our choice from the I Like It Raw section. Bursting with fresh white fish, shrimp and squid bathed in a light and tangy coconut and curry ‘tiger’s milk’, we could tell only the best of the best ingredients were used. It was also heavy on the coriander, so this could be a plus or minus for some. 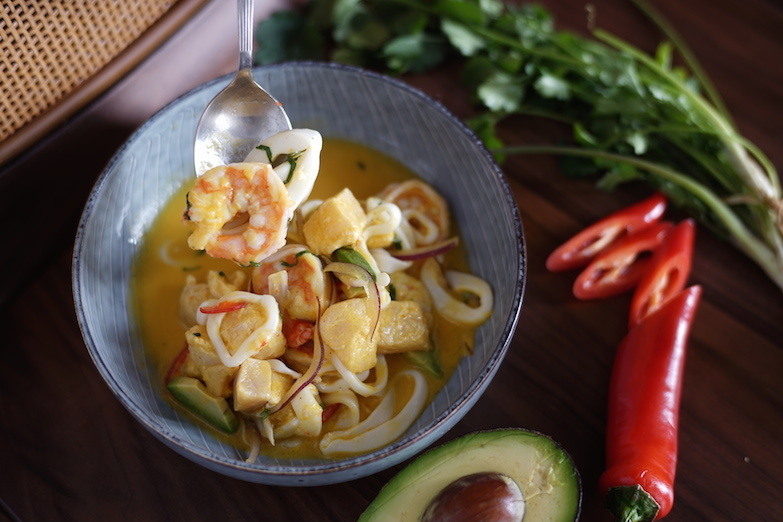 Our carnivorous side won out in The Skewers, with the tender, flavoursome beef skewers ($90 for 2) accompanied by farofa (toasted cassava flour) and a piquant pico-de-gallo-like salsa. 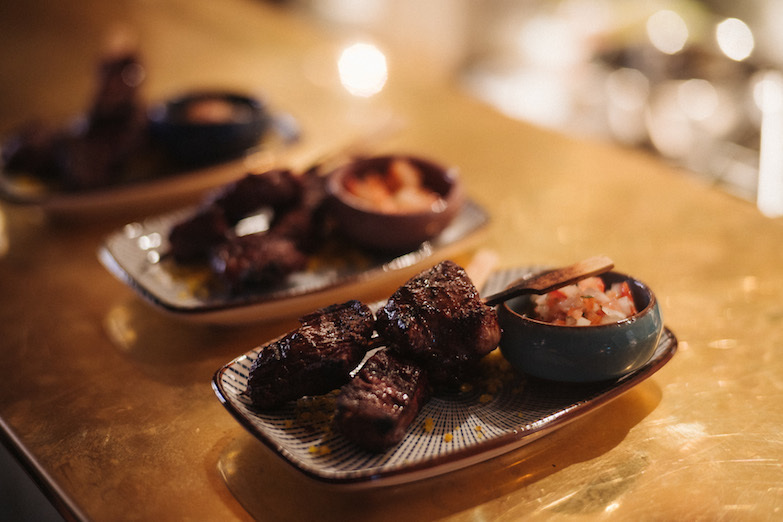 The above would have been enough to satiate two greedy diners, but like the gluttons for punishment we are, we ordered the berinjela ($180) from the Size Matters section to call it a night. Indeed, this was a very generous whole aubergine, split and roasted with (very salty) miso, goat’s cheese and greens – we imagine our veggie-friendly friends would enjoy this meat-like substitute. Thank goodness for the cheese and greens, which balanced out the strong miso flavour.

Much to our dismay, there are no desserts served at Uma Nota, but we were given complimentary brigadeiros (small fudge balls similar to chocolate truffles). A nice gesture, however, they weren’t an impressive enough ending for a meal this good. We'd rather have another caipirinha.

One of our favourite new openings of the year. Founder Alex’s passion for São Paulo’s botecos shines through in this buzzy Brazilian-Japanese eatery that beats to its own vivid, lively drum, serving up distinctively delicious food and drink. In the fast-changing Hong Kong dining scene, we hope Uma Nota is here to stay.