The Dead Rabbits Pop Up at Test Kitchen Hong Kong

Not to be confused with Dead Rabbit NYC – the celebrated drinking hole – The Dead Rabbits is a London-based bunch who hop around together hijacking kitchens with their cooking collective. Graham Long, Greg Clarke and Edward Dutton founded the gourmet gang in January of this year as a way to push themselves outside their comfort zones and provide a platform for other young, aspiring chefs to join them and do the same. 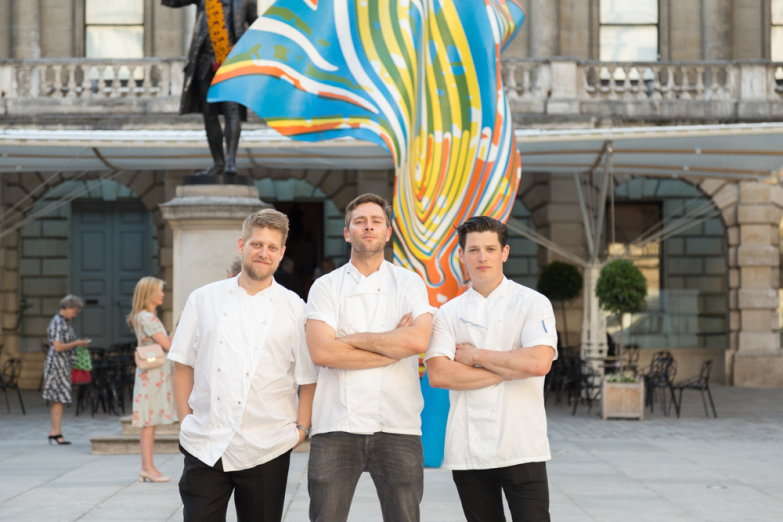 With an illustrious combined background, these three chefs have worked in some of the most famed restaurants in the UK, including Restaurant Gordon Ramsay, Le Gavroche, Pied à Terre and The Ledbury. They‘re now bringing their unique take on collective cooking to Hong Kong with a four-night stint from 7–10 September 2017 at Test Kitchen, a venue that allows the chefs to directly interact with the diners and put on a relaxed and immersive culinary performance. Dishes on the nine-course dinner menu include a twist on Korean fried chicken with their tapioca-fried rabbit with carrot kimchi as well as a langoustine, vanilla and miso dish. 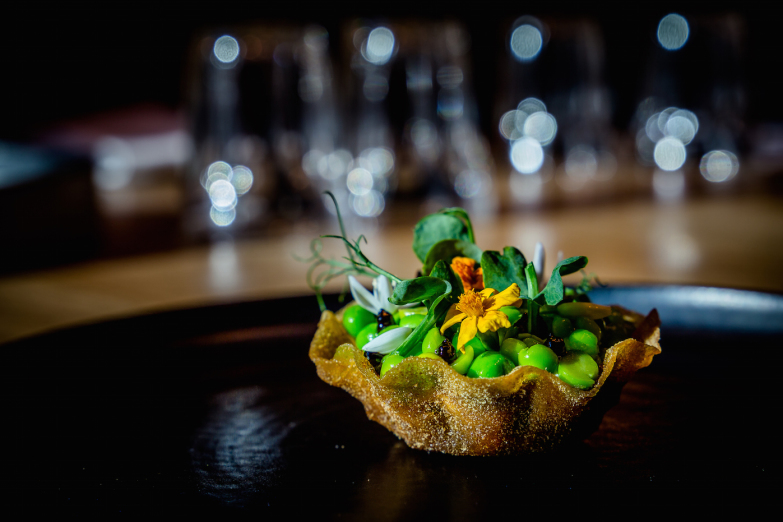 We checked in with The Dead Rabbits in advance of their trip to HK to find out more about how it all works and what we can expect from this unique epicurean experience.

How did you three get started with this idea?

Really out of frustration from all three of us at getting to a point in our careers where we’d all been head chefs in various Michelin-starred restaurants but not having the outreach to find a space to cook our own food. So basically to get noticed, find restaurateurs and investors.

How do you choose your chefs for the collective?

Mainly they are chefs that we know/worked with previously. Or we invite chefs who are recommended to us through people we trust. But essentially what we look for are chefs at a level of sous or above with extensive Michelin background. 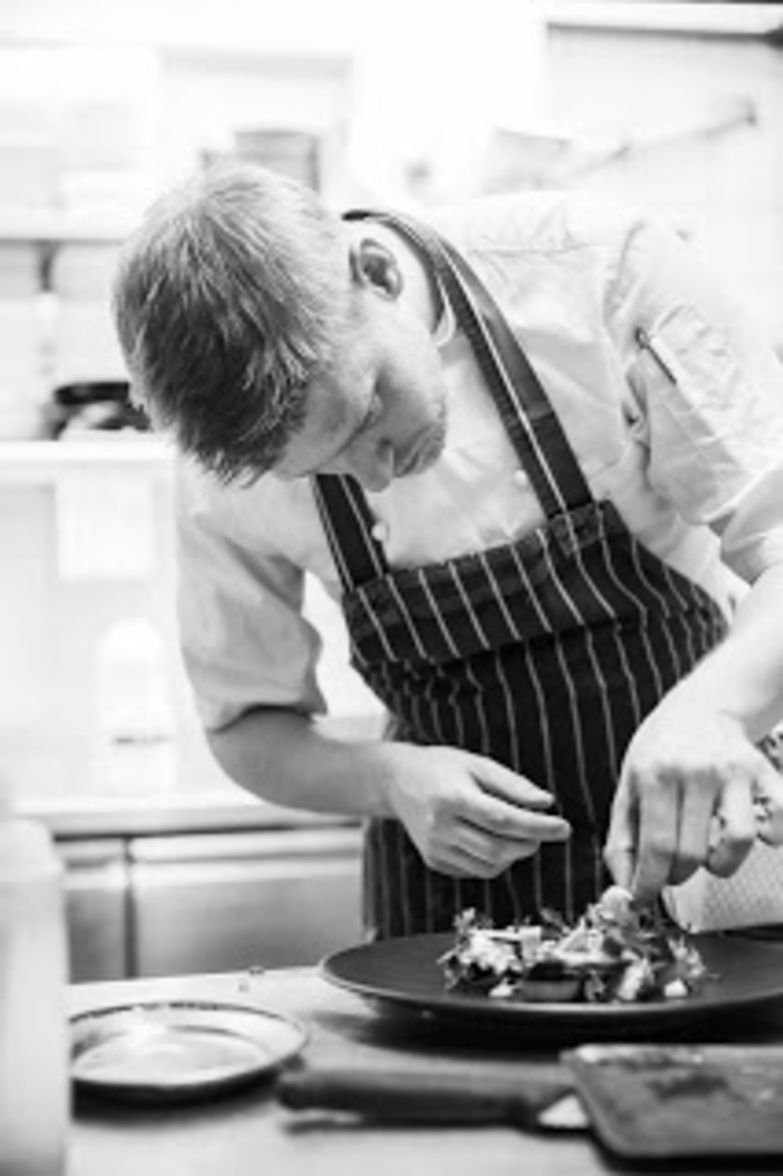 What are some of the biggest challenges in working with a collective group of chefs?

It‘s always a risk; diners are judging us on the overall food experience from the menu they have, and one or two of those dishes may be coming from someone who might be experimenting with different flavour combinations or not used to creating their own style that often.

How does working in a collective differ from a more typical restaurant set-up?

We all come from different backgrounds, so we have different food styles. Between the three of us, there are strengths and weaknesses, but when we are collaborating, we have that edge of being able draw upon three individuals‘ experience and knowledge. 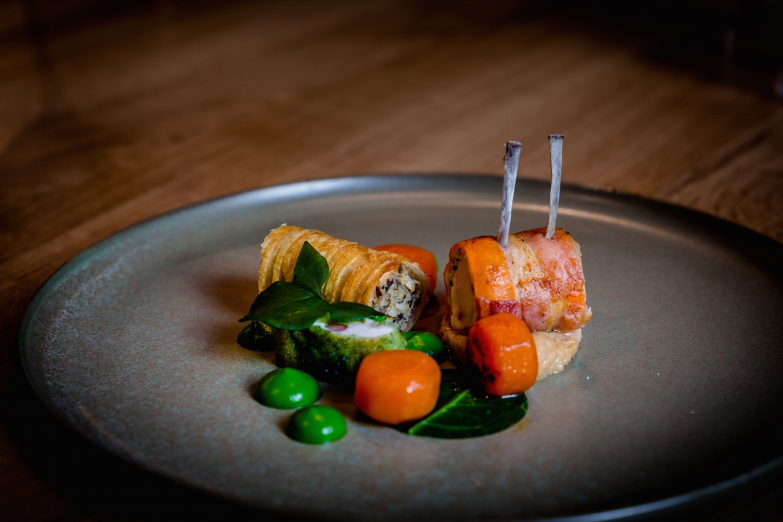 Is there a hierarchy? Is there one with the power of veto?

No, not at all – we‘re old friends and we all have the same passion for food and this industry. I suppose we all have the power of veto, but we live together as well as working on this project, so we are constantly talking food and inputting on each other‘s dish ideas.

What are some of the different personality traits and how do they complement each other?

Because we have a different line-up of chefs each time, that brings a new dynamic to the group, which draws our focus to being accommodating and trying to create a fun, calm atmosphere to cook in. 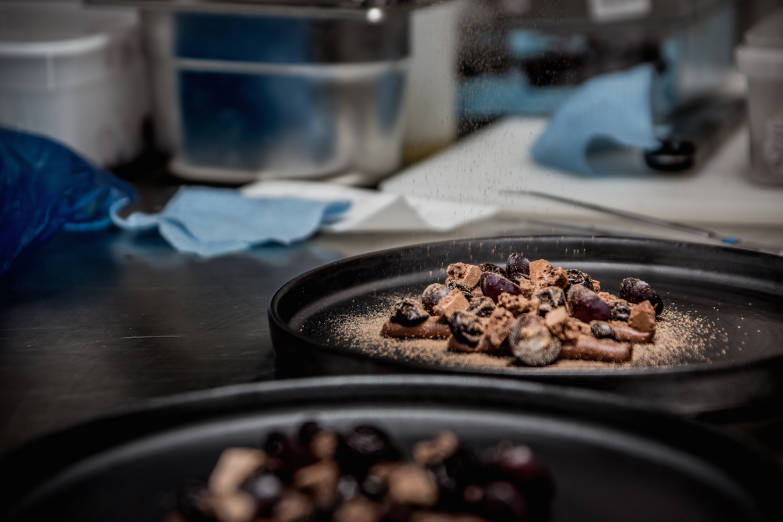 How does Hong Kong compare to other big-city dining scenes?

It has a longer-standing multicultural food scene, which cities like London have only recently started to adopt. I think this makes diners in Hong Kong more knowledgeable and adventurous. But at the same time, Hong Kong has drawbacks, with the majority of its produce in Western restaurants being outsourced and imported from overseas.

What cities have dining scenes that you feel are inspiring?

Tokyo, London, Copenhagen have recently had an influx of great new openings, but really for us it‘s individuals and what they are achieving at their restaurants.

Where are you cooking next after Hong Kong?

We’re moving the pop-up to a new location in London from October. It’s an ideal site for us, with a better set-up for the style of food we cook. And the infrastructure, to support and promote what we do. 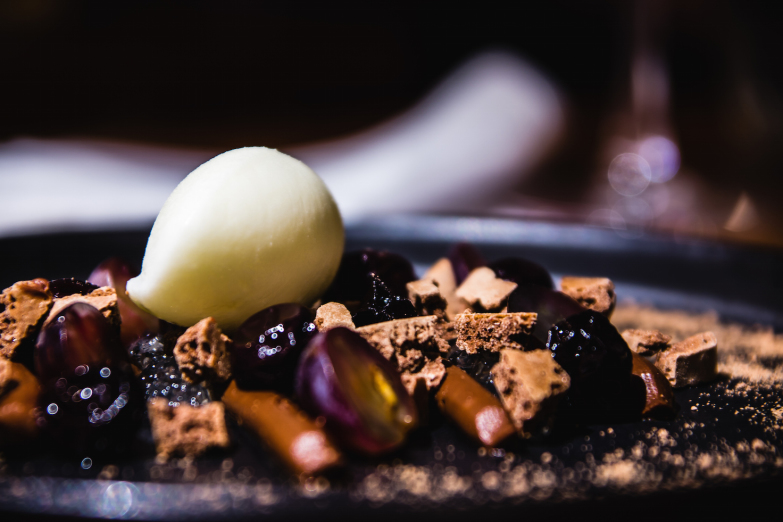 Where have been the best kitchens you’ve taken up residence?

So far, the most prestigious has been our four-week residency at the Royal Academy of Arts in central London. But we are very excited about getting the opportunity to cook at Test Kitchen in Hong Kong.

Any aspirational kitchens you hope to place yourself in sometime in the future?

Hopefully we’ll get to carry on The Dead Rabbits at our own individual restaurants, but we do enjoy the challenge of being hosted by other restaurants.

In your opinion, are pop-ups and collectives the future of dining?

I don’t know about the future, but we are – and will be – seeing a lot more pop-up restaurants as creative people find it exceedingly harder to find the right platforms to express themselves. 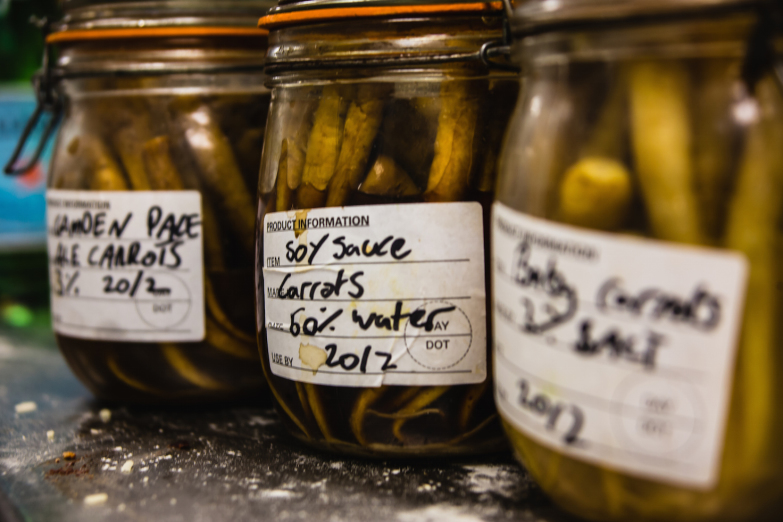 Tell us something we might not know about The Dead Rabbits.

We were very drunk when we came up with the initial concept!

What kind of experience can diners expect at an evening with The Dead Rabbits?

Inventive cooking without restraint. We want a fun, less formal atmosphere, where we can interact with our guests.