With only three months to go till the end of the year, there’s a whole lotta F&B openings to pack in

Adding to his collection of Jamie’s Italian restaurants in Hong Kong, this October sees the debut of British cheeky chappy chef Jamie Oliver’s Jamie’s Deli in TST. This casual takeaway and dine-in spot joins four other Jamie’s Delis around the world (England, France, Germany and Norway) to showcase fresh, simple, delicious grab ’n’ go food no matter the time of day, from salads, to pizzas and sandwiches, to scrumptious-looking pastries. 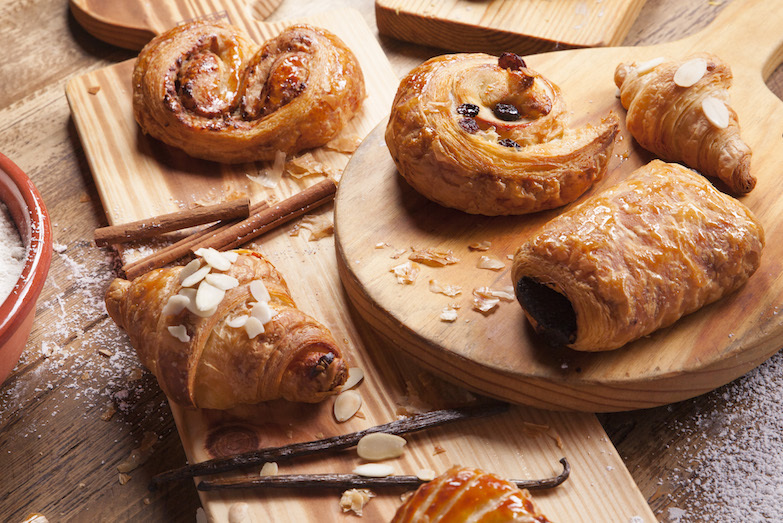 Also in Harbour City comes the opening of global Italian restaurant brand Paper Moon, first opened in Milan way back in 1977. The HK outpost is backed by 1957 & Co restaurant group, with the kitchen helmed by Italian Executive Chef Giuliano Dacasto. Signature dishes include handmade burrata with heirloom tomato and basil, Angus beef carpaccio with rocket and Parmigiano-Reggiano, homemade pappardelle with smoked pancetta in pink sauce, seafood risotto with prawns, baby cuttlefish, baby octopus, scallops and mussels, Paper Moon tiramisu and – the main draw for us – a variety of authentic pizzas made in a 1.4-tonne Ambrogi pizza oven imported from Italy. Just look at that charred, bubbled crust... 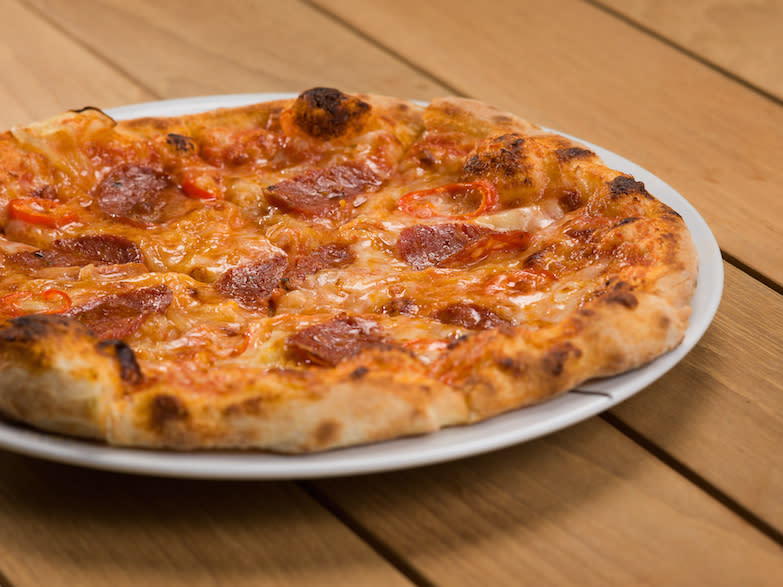 We’ve long been fans of Victoria Chow’s cocktail bar The Woods, where the drinks go beyond mere taste and appeal to all the senses. Now, The Woods has got even more intimate with its hidden annex area, seating up to eight guests. Open by appointment only, The Woods’ Annex places a focus on spirits such as vodka, gin, tequila, rum and whisky, hoping to educate customers about their provenance and craftsmanship – after all, The Woods’ motto is “take an educated sip”. 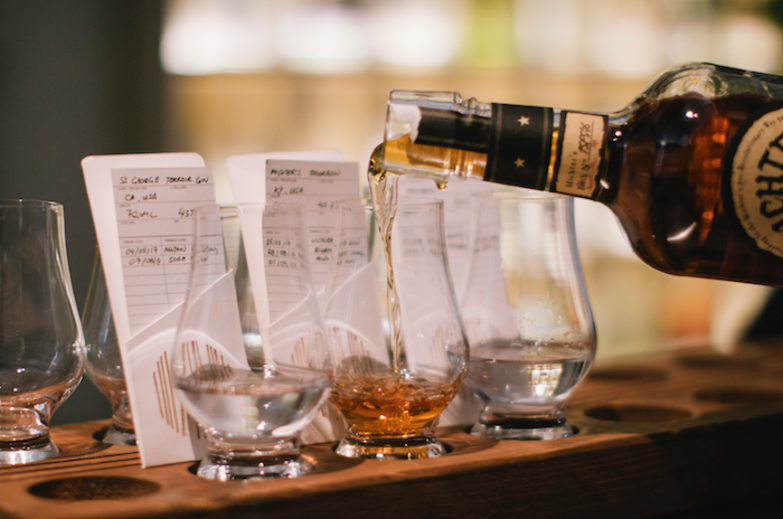 Head to SoHo in mid-October to see Chef Paddy McDermott butchering, cooking up and carving both traditional and more unique cuts of meat at the latest Pirata Group eatery, MEATS, using a range of culinary techniques from in-house smoking, to rotisserie, to charcoal grilling to up the flavour profile. Regularly-changing sharing plates include porchetta, lamb shoulder, homemade sausage and rotisserie chicken. Brunch is set to launch in November. We’re getting the sweats just thinking about all that meaty goodness. 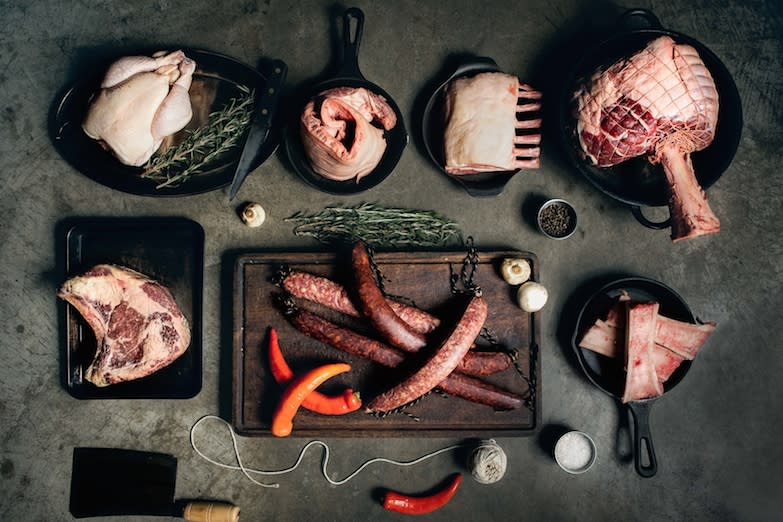 “Tequila makes my clothes come off,” screams a mural by Miami-based graffiti artist Le Creep, who has decked out late-night underground Mexican bar Los Sotano in moody graffiti and Mexican-inspired murals. Headed up by LA bartender Robert Kariakin from West Hollywood’s The Abbey’s Food & Bar, tequila takes pride of place at this LKF watering hole, with more than 80 varieties of tequila and mezcal available for sipping – including Casa Dragones and Clase Azul Ultra Extra Añejo, priced at a staggering HK$3,000 a shot. Keep yourself sober with a selection of tacos and quesadillas. 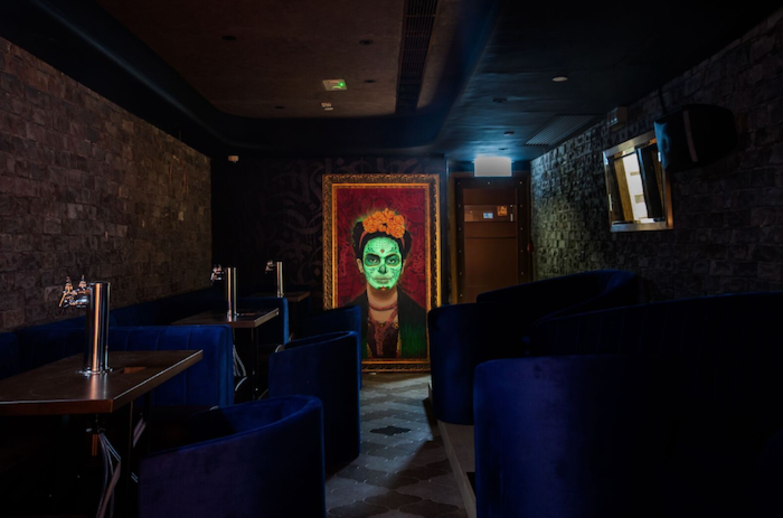 Chocolatier Café by agnès b.

Oh, agnès b., how do you do it? With cafés, chocolate shops and florists aplenty (not to mention the eponymous fashion brand), agnès b. has launched its first chocolatier café at Langham Place, featuring an irresistible range of chocolate sweets. These include two new soft-serve ice cream flavours – DÉLICES Chocolate and Mystery Black, with an all-black cone – chocolate and blood orange fondant, soufflé pancake with chocolate sauce and crêpe with white chocolate and strawberry. The signature DÉLICES hot chocolate also comes highly recommended. Chocoholics, you’ve been warned! 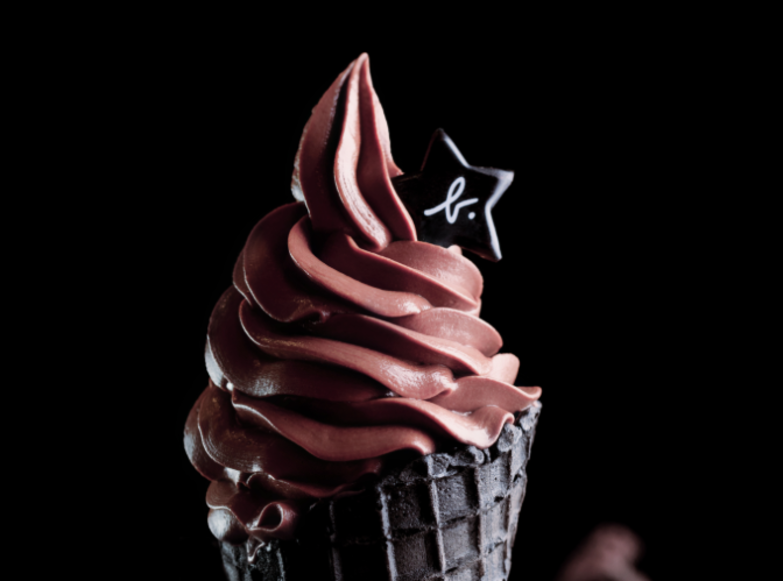 Already a fixture around the world in cities from London to Singapore, HK’s first Godiva Lifestyle Café lands in Yuen Long’s YOHO Mall this October. A chocolate shop-cum-café, this spot places the focus on sit-down chocolate indulgence, offering a range of drinks, desserts and pastries, from chocolate shakes, to Belgian waffles, to cheesecake, to sundaes. We’re particularly excited about the chocolate fondue and afternoon tea sets. 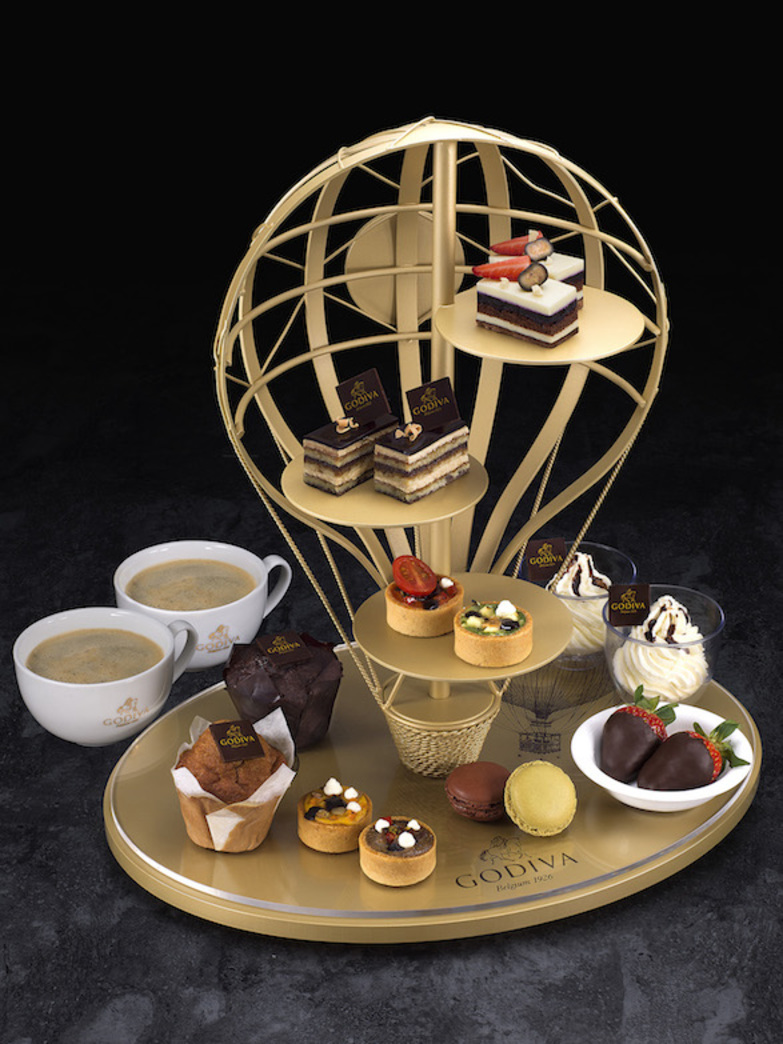 Raw-milk French cheese is the name of the game at this sweet little Wanchai spot, sister to wine bar LQV Le Quinze Vins just across the road. La Cremerie’s cheese master is Myriam Bilbault, who finished an impressive second place in the Meilleur Ouvrier de France (France’s Best Artisan) competition last year. Myriam has a great network of artisan cheesemakers back in France and ensures that the 70 varieties of sheep’s, goat’s and cow’s cheese on offer are ripened to perfection. The shop can cater for up to six people for a private tasting, wine pairing or small masterclass. We know where we’ll be heading for our next cheese platter – the stinkier, the better.

Officially opening in mid-October in TST East, Sushi Taki is a cosy and simple but elegantly designed Japanese restaurant that places the spotlight on fresh, seasonal ingredients flown in daily from Japan. What sets it apart from other Japanese eateries around town is its use of homemade sauces – including soy sauce, eel sauce, tempura sauce and sashimi sauce – to complement and enhance its sushi and other dishes. Lunch, à la carte and omakase menus are available. 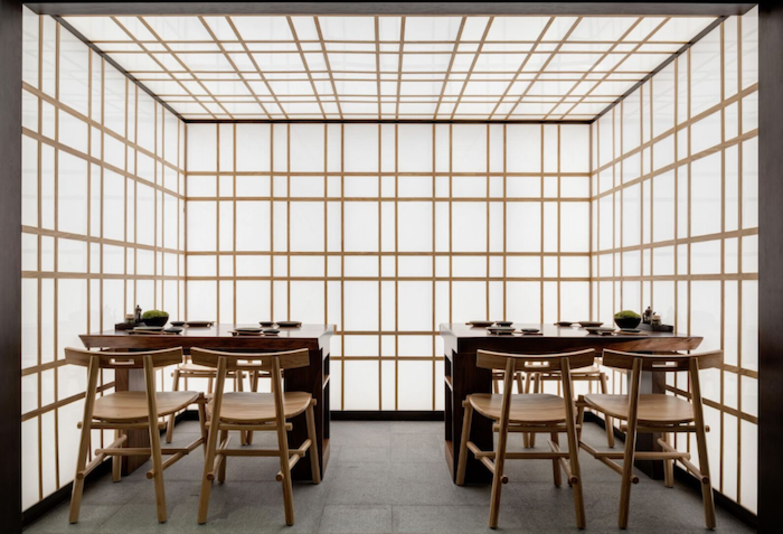 Piccolo Concepts’ French seafood bistro Le Port Parfumé has been transformed into Beet, a dinner-only modern European restaurant focusing on local, seasonal ingredients – think daily-changing menus that are driven by what’s unearthed in the markets that day. With stints at Joël Robuchon Restaurant and two-Michelin-starred Les Amis in Singapore, Attica in Melbourne, Australia, and Portland and Clipstone in London, we’re looking forward to what magic Chef Barry Quek will work with the ingredients on hand.

Next time you’re heading to the airport, though it’s hard to resist the greasy fried temptations of Popeyes Chicken & Biscuits, we have a much healthier alternative for you now that Flight Club Grab ‘n’ Go has set up shop in Terminal 1. This takeaway spot uses locally sourced, seasonal ingredients for its dishes, including bread from beloved HK artisan bakery Levain (we heart their sourdough). Up for grabs are breakfast items, soups, salads, sandwiches, fresh slow-pressed juices and hot mains. Even better, there are no additives or preservatives used and all packaging is eco-friendly. 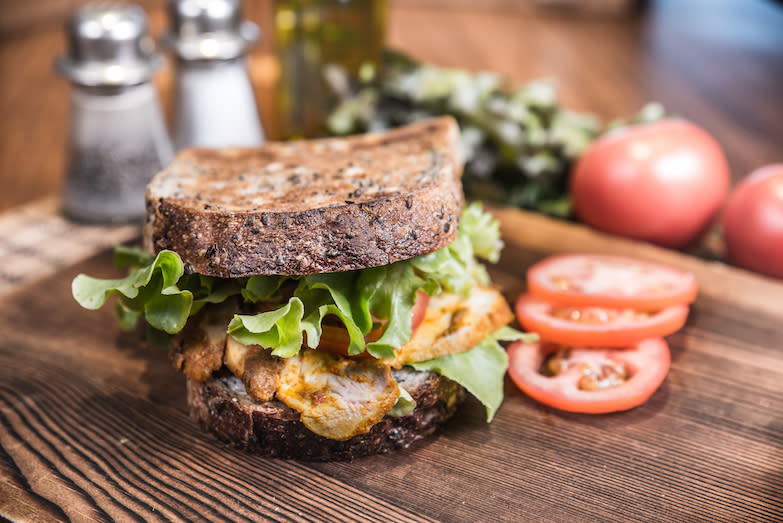 Sweets and creativity combine at The BonBonist, founded by French confectionery expert Olivia Niddam, whose past experience includes stints at L’Éclair de Genie and chocolatier Jean-Paul Hévin. Customers can select from a range of 10 different flavours and themes, all with their own corresponding character – including Chocotastic Coco, Fruitilicious Frankie, Sour Ninja Nino and Sparkle and Pop Bob. The sweets are sourced from around the world and can be mixed and matched in chic clear crystal boxes along with a selection of ribbons and stickers. Prices range from a very affordable $38–68/box. Stocking stuffers for Christmas, perhaps? 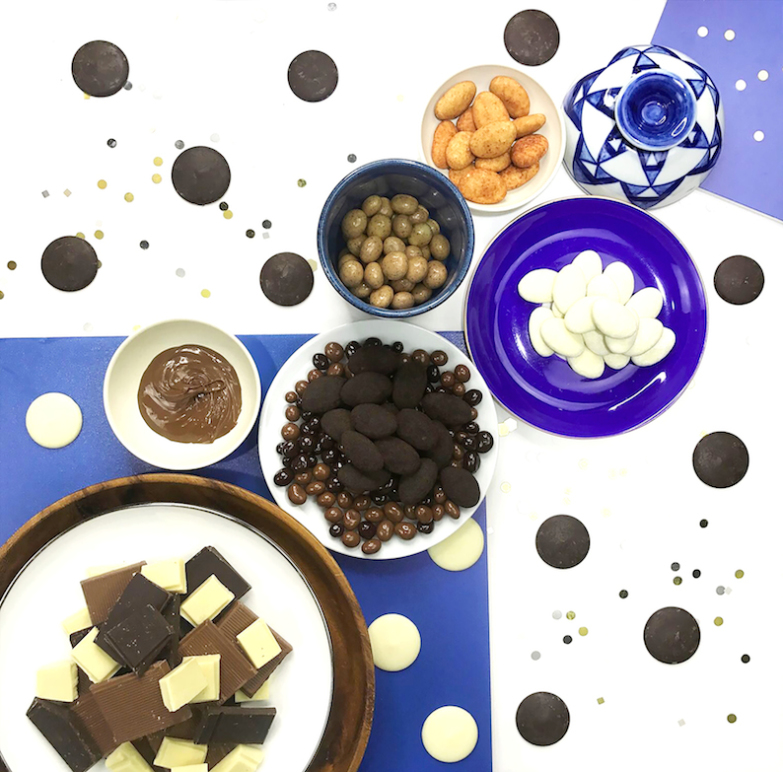 This one’s right up our street – literally – as Baking Maniac is setting up shop around the corner from Foodie’s new digs in Wong Chuk Hang. Founded by Ankrish Gidwani, who started his budding pastry career nine years ago at the age of only 12 (yep, you read that right), Baking Maniac is a mother-and-son team of baking obsessives who have baked up cupcakes, biscuits, cake pops and other sweet treats for corporate events and weddings for the past few years. But now they have their very own commercial kitchen and a multipurpose space for hosting parties, classes, events and more. Ankrish’s cupcakes are shout-worthy, with picture-perfect presentation and divine flavours like hot fudge sundae, Mars bar and kulfi rose. Grand opening 14 October. 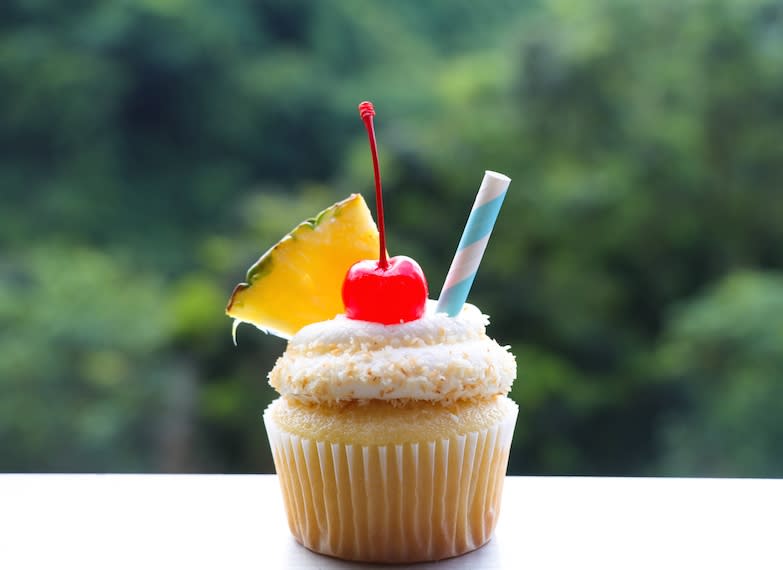 Just what we’ve been waiting for: a cinema in Central! With screenings scheduled to start later this month, this cinema in Entertainment Building will be Emperor Group’s first in Hong Kong, featuring five houses (including a VIP theatre with comfy adjustable seats, concierge service, USB chargers, cushions, blankets – the whole shebang). Instead of popcorn and soda, opt for hand-crafted cocktails and sodas and snacks at vintage-style concession Roomsbar, operated by Maximal Concepts of Blue Butcher, Mott 32 and Stockton fame, inspired by soda fountains from the 1940s. Pork carnitas nachos and truffle hot dogs, anyone? 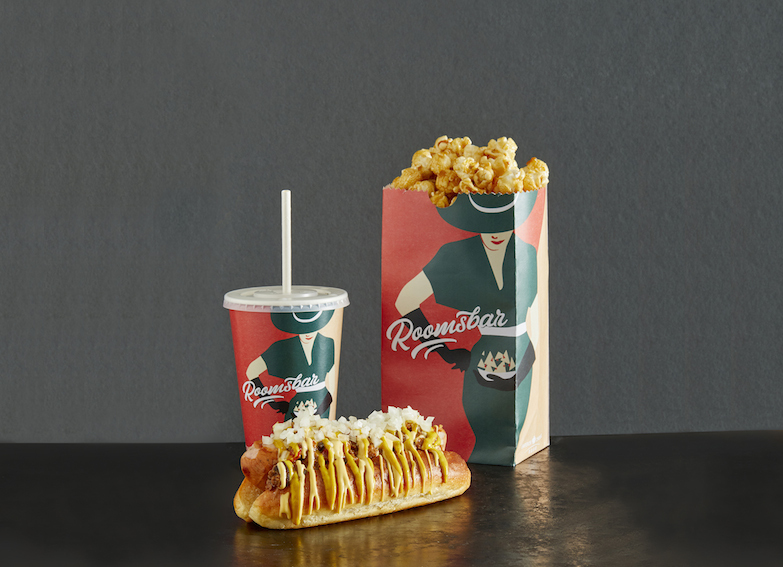 Burger master The Butchers Club Burger has just launched its very own funky Fiat food truck as part of HK’s Food Truck Pilot Scheme, which we hope will do wonders for the flagging scheme. The menu certainly lives up to the hype, featuring items such as sliders (dry-aged bacon cheese, fried chicken, vegan sloppy joe and pulled pork; all $40), the Michelin-mentioned Butchers Club classic burger with all the fixin’s ($80) and the newly created chargrilled Australian Black Angus rib fingers ($35). These coffee- and ancho-chilli-rubbed ribs have a cheeky touch, presented in the style of local street-food fave fish-ball skewers. To find out where The Butchers Club Burger’s food truck will be heading next, click here. 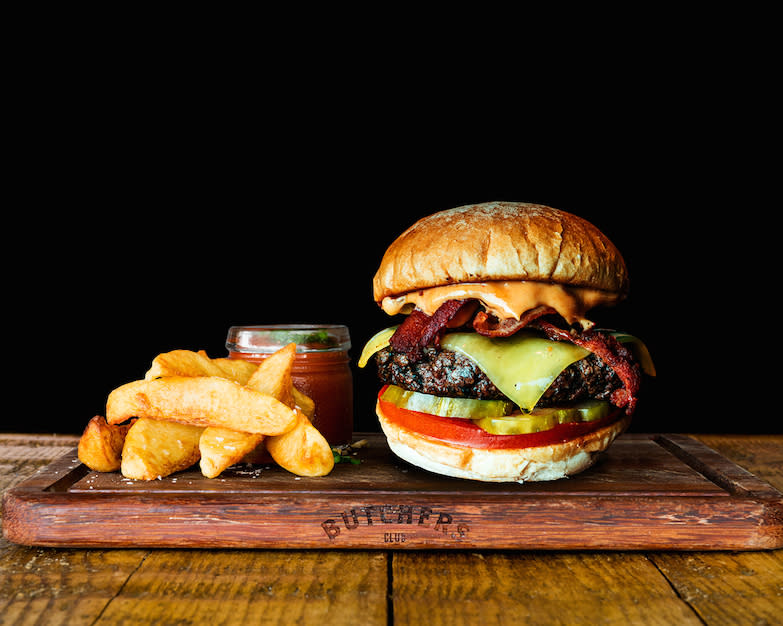