Your weekend plans are sorted for this Saturday with music, games and food – and all for charity!

The Lamma Fun Day Beach Music Festival is one of those events that we look forward to every year.  More than 15 bands, musicians, singers and DJs will perform on two stages as part of this free family-friendly music festival raising money to support Child Welfare Scheme Hong Kong (CWS HK) and its work with children in Nepal. Lamma Fun Day includes market stalls, a licensed bar, food stalls, a charity auction, a magic show and arts and crafts fun, plus beach games and sports for both kids and adults.

The day kicks off early for the 500+ runners in the Lamma8 and Lamma14 races, who will race along 8km and 14km trails through the hills, returning to Tai Wan To Beach in time for the music and fun.

The live music starts at 12pm at the Beach Stage with classical pop duo Sisters First followed by The Shortwaves and then festival rock and rollers Quasar, before a funk-infused set from High Hopes and then Red Star Rising with their sizzling brand of rock blues. Late afternoon sees local favourites Midlife Crisis Cowboys on stage with ”cod-country“ covers of 80s indie classics.

Around sunset The Side Burns take to the Beach Stage with their infectious brand of raucous rockabilly, followed by post-punk outfit The Sinister Left and indie rockers Wanchai Warriors. Opium promise an intoxicating set with sultry trip-hop grooves/jazz and rock vibes.

After 9pm, Lamma welcomes back the energetic psychedelic synth of party rockers Shumking Mansion, followed by enthusiastic folk funk from Hedonia and DJ Jimbrowski with tunes from the jungle.

Over at the Road Stage, the music starts at 1pm with the appropriately named Acoustic Noodles. Gifted solo singer-songwriters Jules O’Brien and Todd Warner Moore will also perform during the afternoon. Expect mantras and incantations from New Age ensemble One Love late afternoon, and after 6pm, it’s the DJs on deck: Jimbrowski, Barnaby Bruce, Nosta and Dieter K Shafter. 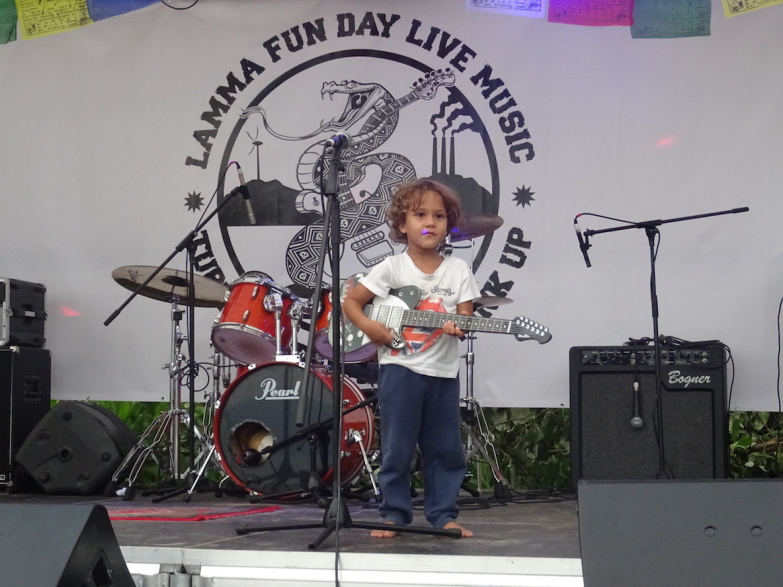 From 12pm, Discovery College students will run beach games for kids, the Brazilian Football Academy are organising soccer games for little ones aged 8–14 from 2pm and the beach volleyball tournament starts at 12pm. There’s also arts and crafts activities, face-painting and – not to be missed – magic and mirth from Robert Rogers‘ Family Fun, Fun Show at 2pm at the Road Stage.

”Everything you eat and drink at Lamma Fun Day also raises money for CWS HK and its life-changing work with children in Nepal,“ says event organiser Sonya Yeung of Bliss Creations.

Money raised at this year’s Lamma Fun Day will help to fund CWS HK‘s Child-Friendly Schools initiative, which is transforming 48 schools in villages in western Nepal over four years.

”Almost half of Nepal’s children drop out of school by the time they reach 15 years of age, due to poorly trained teachers, a lack of resources and poor infrastructure. When a child drops out of school, they become easy targets for human traffickers. The longer a child stays in school, the less likely they are to be tricked and exploited,“ says Douglas Maclagan, founder of CWS HK.

”We also reach out to communities to involve parents and promote education, which increases the chances of children attending and staying in schools in these poor and remote areas,“ says Jake McCauley, CEO of CWS HK. 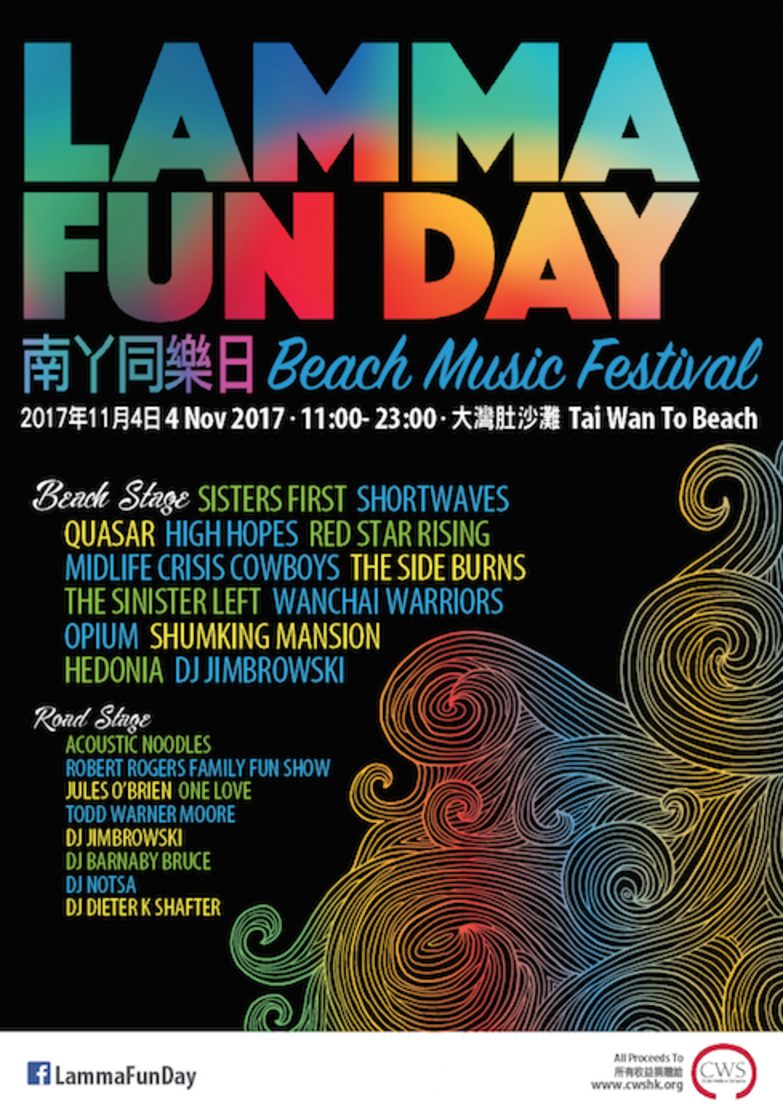