For her unveiling of Grassroots Pantry’s latest autumn menu, chef and founder Peggy Chan has teamed up with Beyond Meat, putting her own spin on the meat-free burger that uses pea protein and beetroot juice to mimic the texture and taste of beef.

We often revisit a memory of the first hedgehog mushroom we had at Grassroots Pantry a few years ago: with its meaty and juicy characteristics, it was a game-changing experience in the way we began to view vegetables as the main components of a dish. So, for us, Peggy’s hands are a pretty safe place to put all our veggie-curious proclivities.

Peggy is known for her rejection of processed foods, but she made an exception for the Beyond Burger because of its high nutritional value (it’s richer in both protein and iron than beef). So we were keen to see her take, with all her plant-based wisdom, on what many of our colleagues are already sold on eating often – the Beyond Burger is available to purchase and cook at home from Green Common (read our Beyond Burger review here).

Deemed the Sichuan mala burger ($138), it has an obvious spicy edge to it, and Peggy’s also added two types of mushroom to the mix, leaving us with a bevy of textures and flavours and a juicy but never greasy bite that was filling without being heavy. We didn’t feel like it tasted like meat, but it felt meaty. We loved the pink interior and were only let down by the bland bun, which was our least favourite part, and were later told that ordinarily the buns are made by our fave bakery, Bread Elements, but they’d run out right before. 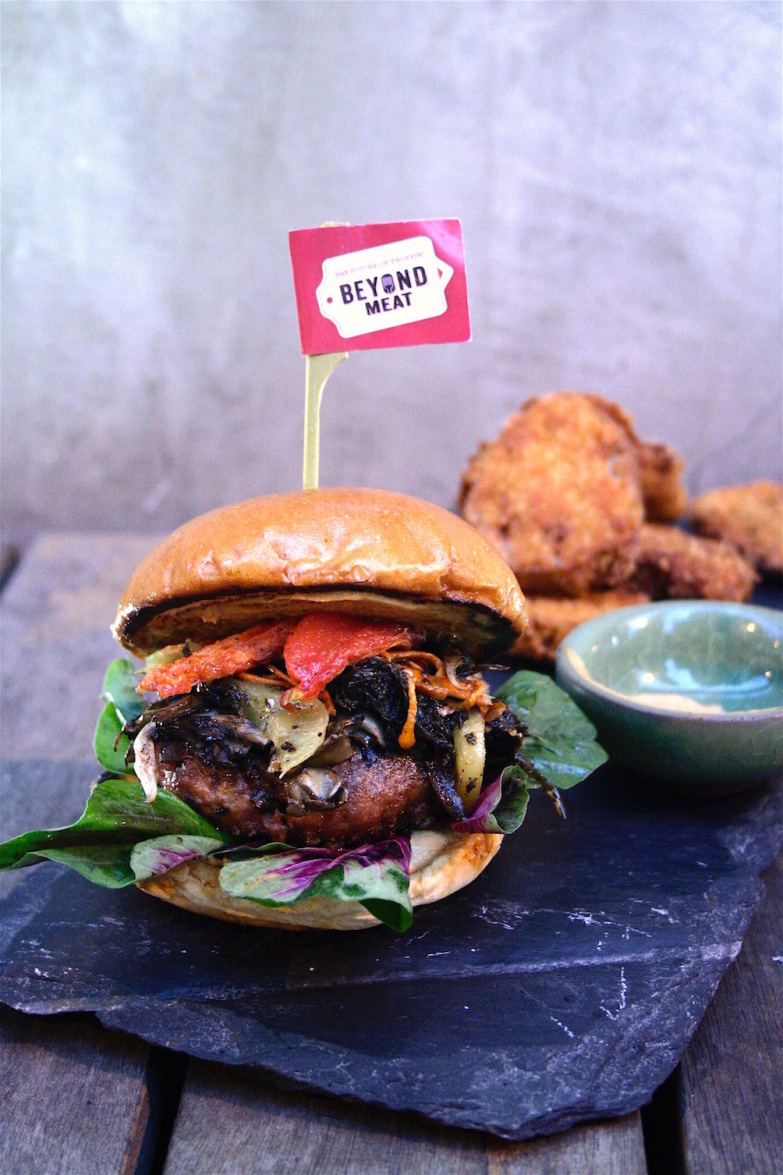 The rest of the new autumn menu also had some gorgeous meat-free surprises, like the pulled jackfruit nachos ($108), which had the texture of pulled pork down to a T with a juicier, fruitier flavour that melded beautifully with the chipotle cashew cheese, chayote salsa and pickled jalapeños atop the homemade sprouted-corn tortilla chips. 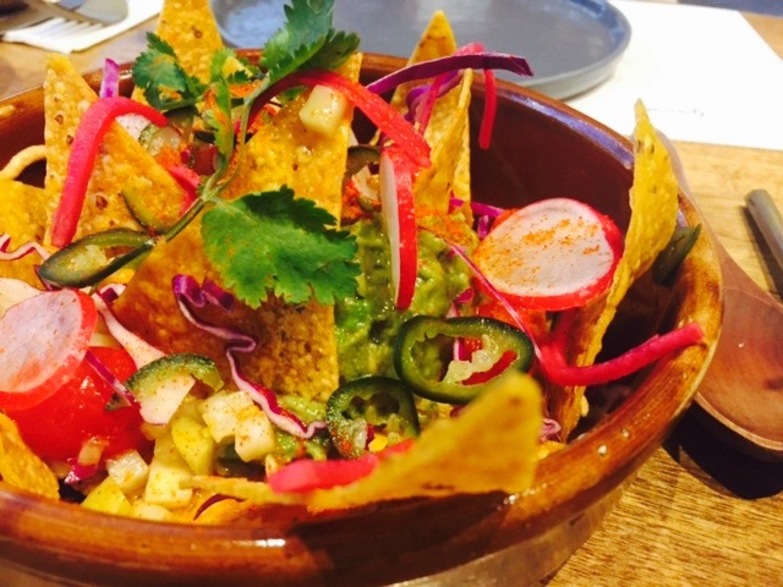 The local autumn vegetables were complemented by a rich side of fermented tofu dip. 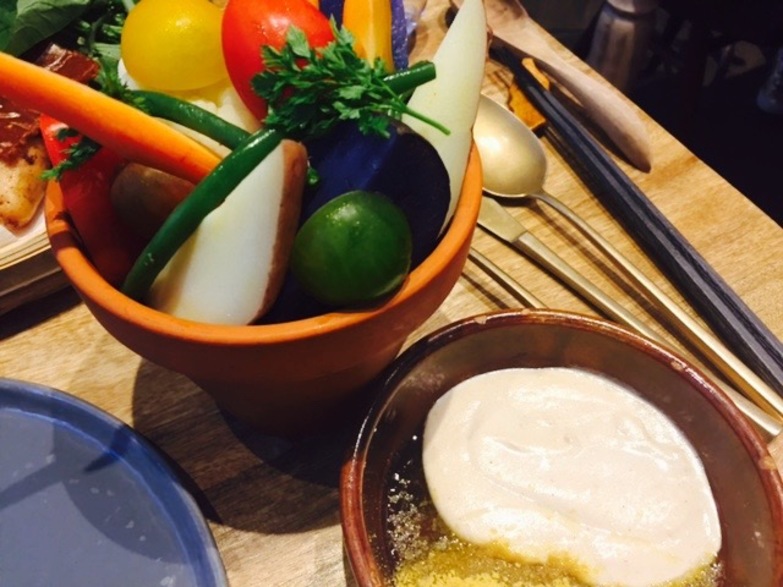 We adored the selection in the Yunnan hotpot ($380), which was made with a bunch of mushroom varieties from Yunnan province, each with a unique taste, texture and aroma. These were mixed with new potatoes and springy kelp and mung bean noodles along with Chinese greens, cashew ham and a subtly spiced tonic broth. 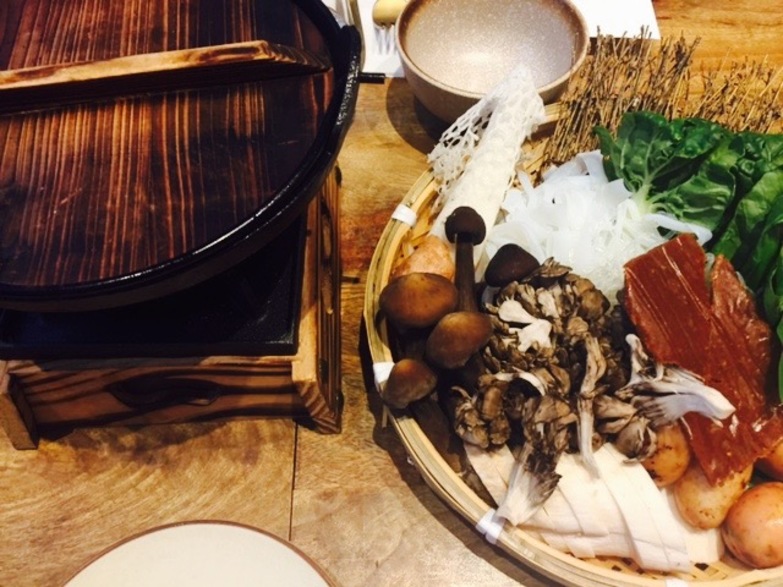 We neglected to take a picture of our absolute favourite dessert – mango chia seed pudding ($80). We loved the gelatinous pops of the chia, the gems of dried mango and the imaginative use of snow swallow fungus to mimic bird‘s nest. Alongside this came Peggy’s vegan oat mylk ice cream, a sandy, nutty treat to end an inventive and delightful meal. 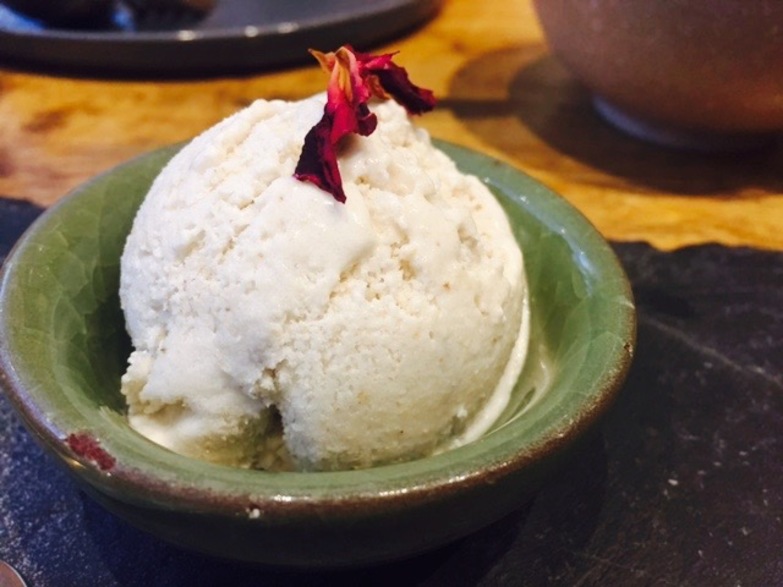 Whether you’ve opened your mind to it yet or not, we will all be eating meat alternatives in the very near future. The planet just can’t handle it any other way. So you best be climbing on board and eating your meat-free meals in the best possible way. Grassroots Pantry is the upper echelon of clean, clear-conscious eating. Taking our red meat intake down to once or twice a week would make us all really appreciate that piece of meat when we do eat it.