On the same floor of Repulse Bay’s The Pulse as French chef Olivier Bellin’s fine dining seafood stunner The Ocean is the new cool, contemporary and more casual The Lighthouse Bistro, also focusing on under-the-sea delights. This spot, in soothing whites and blues with lovely distressed wood tables and curves/waves aplenty, feels somehow more European to us. If you’ve ever been to the French Riveria in the summer, you’ll understand what we’re talking about. And if you haven’t (and we’ve only been in our dreams!), conjure up some chillax lounge music as your beachside soundtrack.

For our lunch tasting, we were sat at a table near the windows facing the beach – it felt like a great escape from the city madness, especially on a clear, sunny day. We mixed and matched with some items from the weekday set lunch menu ($298 for 3 courses) along with a few signature à la carte dishes. We began the meal with a sensational baguette with herb butter (if done right, not much beats French bread and butter in our books). 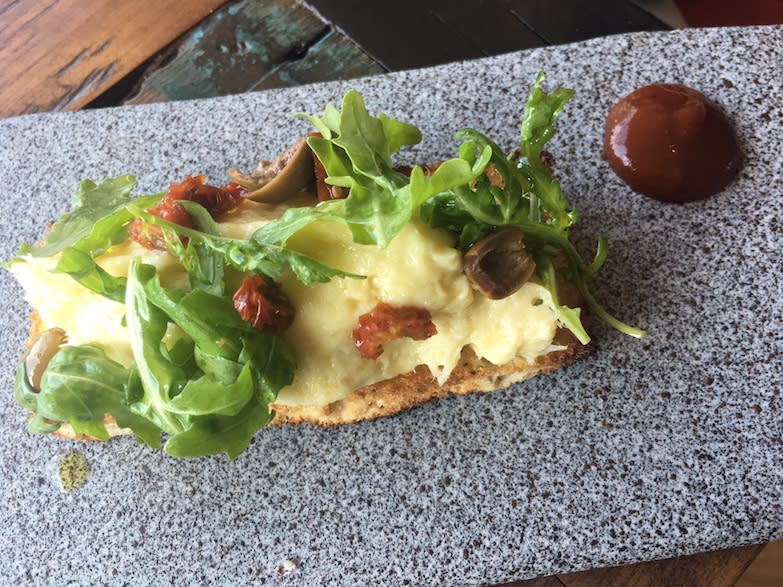 From the set lunch menu, we tried cod brandade to start. Chef Bellin did credit to this classic dish – we loved the spicy tomato accoutrements too, as well as the homemade brioche, which was happily softer than we had anticipated. 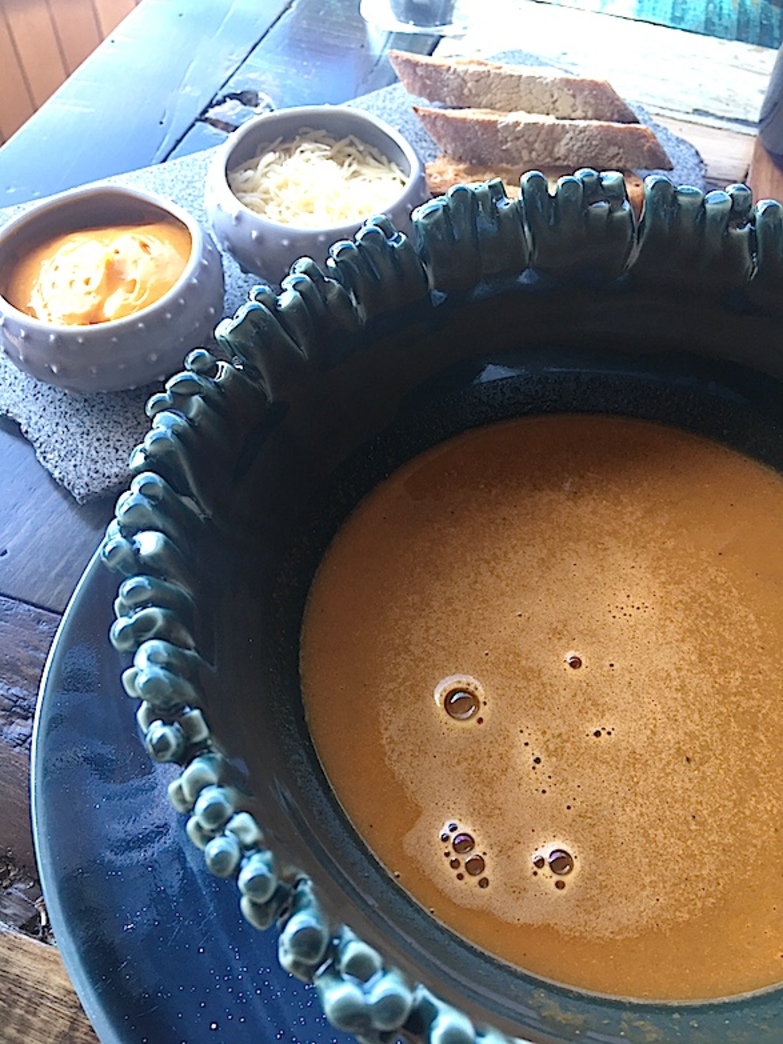 Next came the fish soup ($88), served with traditional garnishes of grated Gruyère, rouille and croutons. This was a much creamier – yet, somehow, also lighter – version than other Provençal-style fish soups we’ve had in the past. It was the heady flavours of fennel and wine that stood out the most. 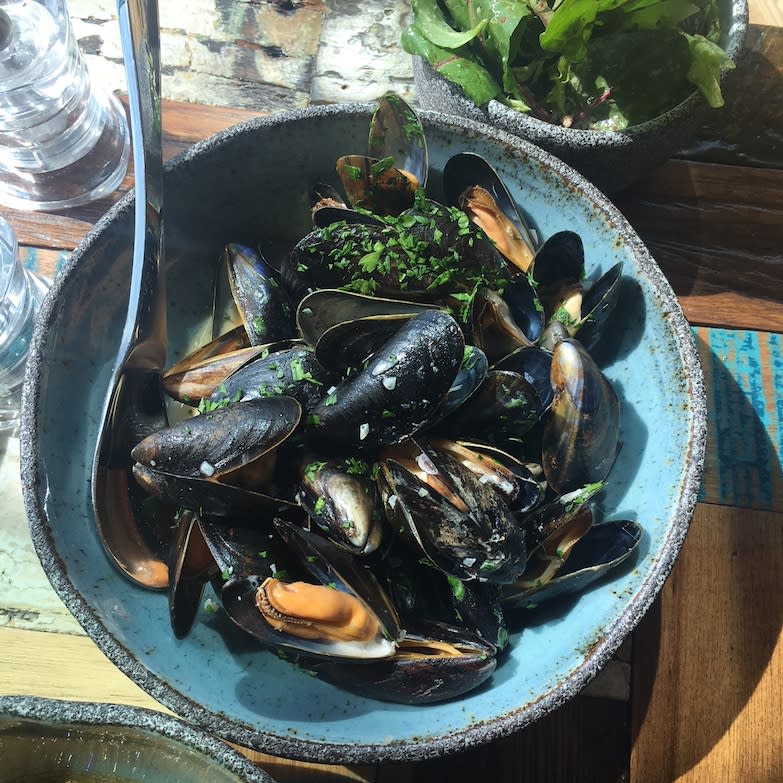 The moules marinière was our set main of choice: small yet plump and juicy mussels in a classic garlic, butter and wine sauce. The portion size of this one was extremely generous – almost too generous, as we felt guilty leaving any of these little guys behind. With the mussels came a peppery, mustardy green salad and some addictive skin-on fries. 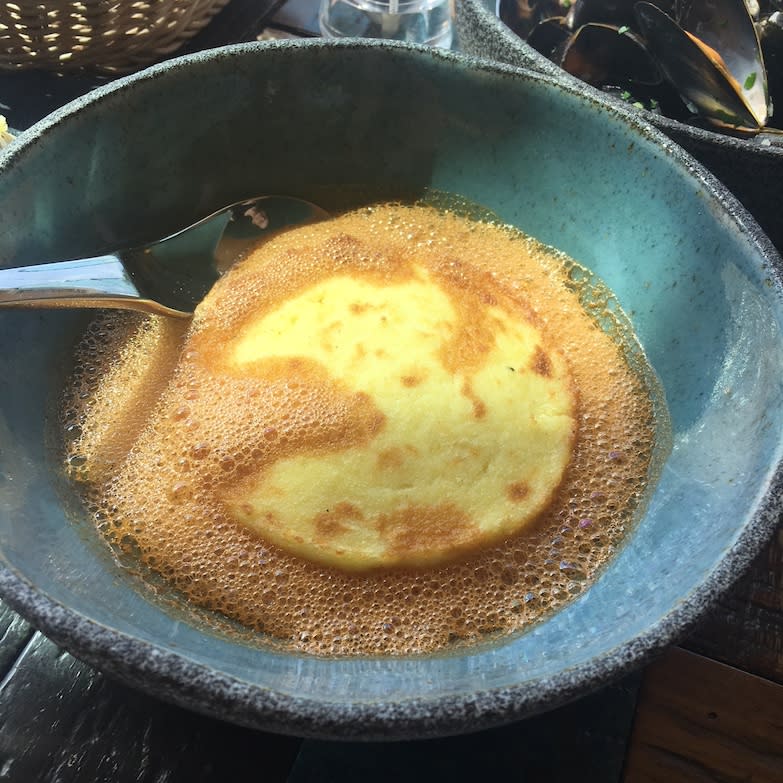 The Boston lobster parmentier ($188) provided us with a lobster comfort-food feast: oh-so-sweet lobster chunks swimming in an aromatic lobster bisque, topped with a sphere of buttery mashed potato. Be careful with this one – it’s delicious but rich, leaving us fuller than expected. 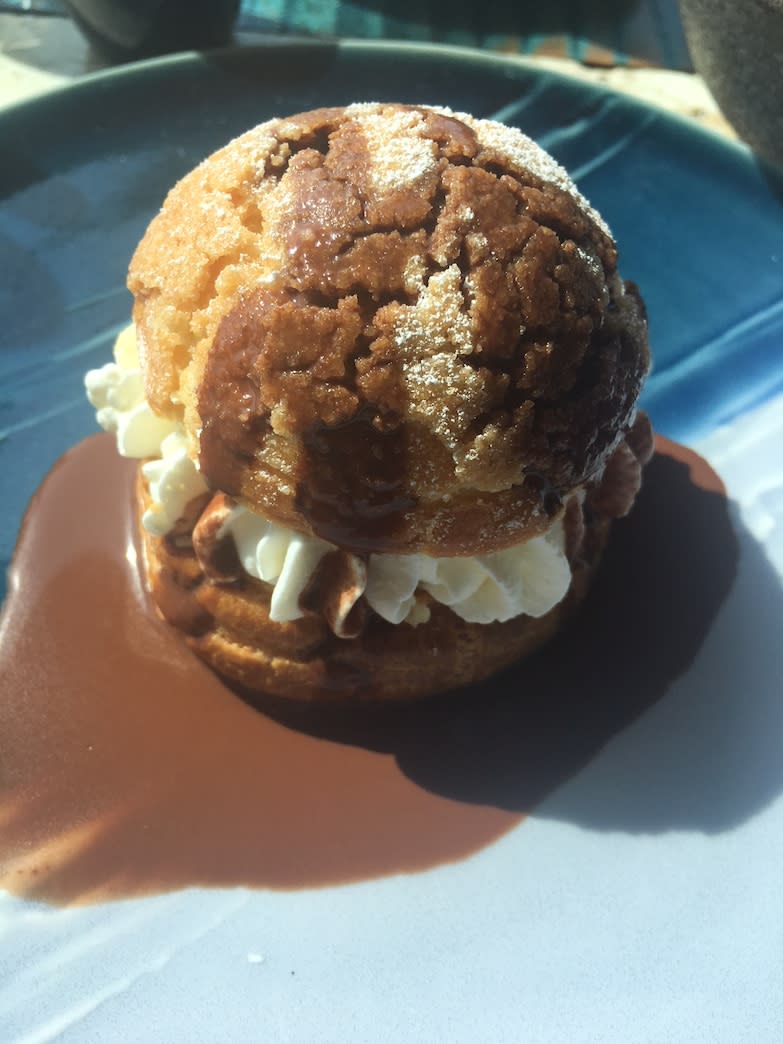 For dessert from the set menu, it was pear clafoutis, a homey, custardy pudding that was overshadowed by a stellar scoop of vanilla ice cream. The vanilla ice cream also featured in the giant profiterole ($88), which is worthy of its accolades. The profiterole itself was light and airy, with just a hint of sweetness. We drenched ours in a runny hot chocolate sauce – a very grown-up ice cream sundae indeed.

Though Repulse Bay is not an obvious dining destination for many, with restaurants like The Ocean and The Lighthouse Bistro, we feel it should be. The quality and freshness of the seafood, the execution of the dishes and the reasonable pricing were a hit with us at The Lighthouse Bistro. Those in search of a chilled spot for weekend lunch need look no further. There’s even a kids’ menu, and on the day of our meal, we saw a very happy little toddler munching away on some fish and chips. Our only complaint is that the restaurant is difficult to find; it’s not signposted anywhere and The Pulse concierge seemed clueless. But locate the right lobby and lift and you’ll be all set.