They’ve left no trend unturned in their Shanghai Reserve Roastery 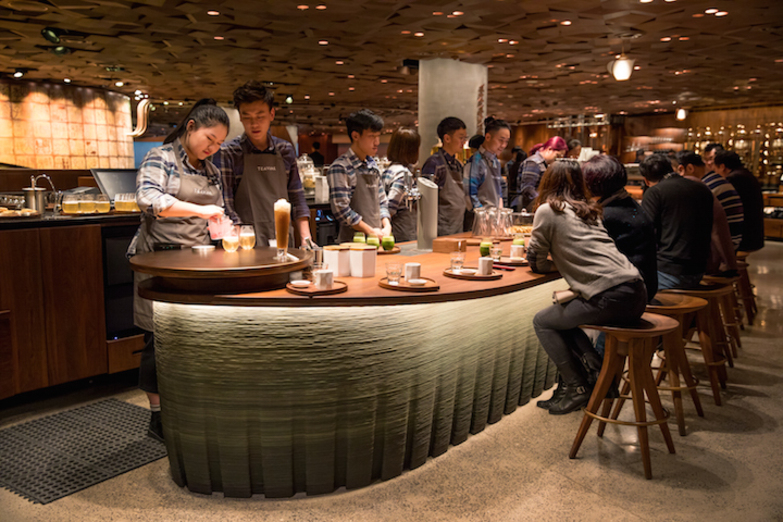 One of the biggest coffee chains in the world has paired with another retail giant to create an immersive new experience in one of the fastest-growing coffee markets: China. Starbucks has teamed up with Alibaba to include an augmented reality element in their new enormous Starbucks Reserve Roastery – it encompasses a vast 30,000-square-foot area and is their largest location worldwide and their first international Roastery. 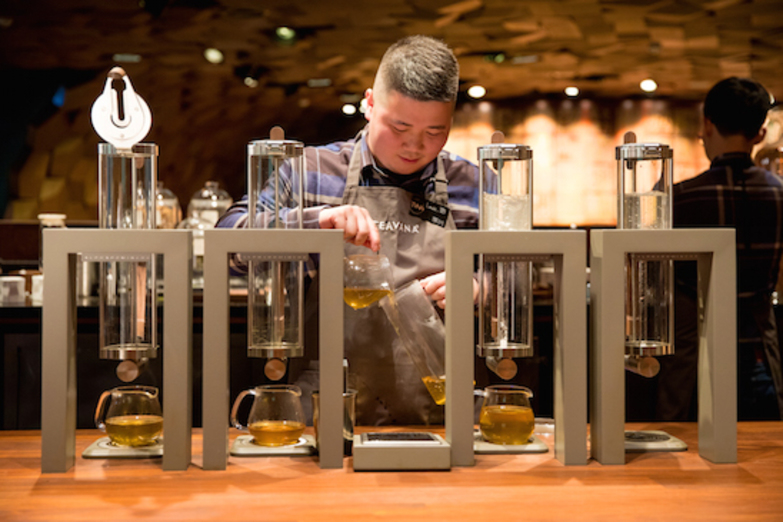 Starbucks opened a few Reserve stores here in Hong Kong; you may have noticed the Central-based Pacific Place one in particular, which is an upmarket version of their regular shops with smarter furnishings, a nitro cold-brew machine, a more limited menu (no Frappuccinos, for instance) and a premium price point: a pour-over coffee, for example, will run you around HK$39. For that, they also throw in a small cookie to accompany your brew. The Reserve shops are billed as being a more intimate small-lot coffee experience for customers to try out rare and exotic beans.

This has now extended to their newest gargantuan coffee emporium in Shanghai, which is not only their biggest but also the first to feature a 3-D printed tea bar and the first augmented reality experience that does a sort of virtual coffee-discovery tour. It also looks to be their fanciest version and takes every trend in the coffee world and throws it all together in one big space. There are chic leather chairs, bar stools, coffee bars, copper casks, Steampunk tea-brewing machines, a sweeping round staircase, recycled materials used in the Asian-influenced design and a bakery that features over 80 items baked fresh daily using Italian baker Rocco Princi’s recipes.

This new effort capitalises on Starbucks’ largest growing market, where they already have more than 3,000 shops across 136 cities in China, with a new shop opening every 15 hours. There are over 600 stores in Shanghai alone – the largest number of Starbucks in any city in the world. This is only their second Roastery, with the first opening in their native home of Seattle, but this one is now dwarfed in size by the December opening in Shanghai. They plan to open four more of these “immersive, sensorial” shops around the globe. 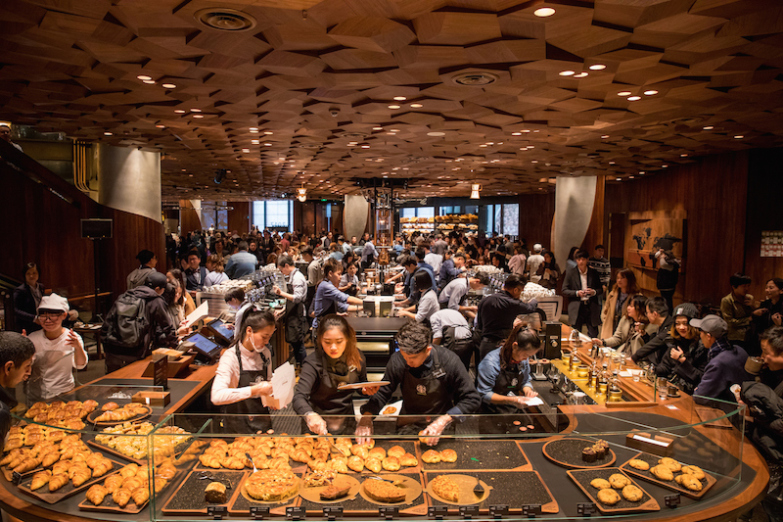