Fergus Henderson, the pioneer of nose-to-tail cooking at London’s renowned St John restaurant, along with Trevor Gulliver of St John Wines, Richard Turner of the UK’s favourite steakhouse Hawksmoor and Nate Green of Hong Kong’s own Rhoda,  combined their considerable talents to prepare a feast for diners in a five-day takeover at Rhoda this past autumn, presenting good, honest nose-to-tail dishes with bold flavours paired with niche French wines.

We chatted with this culinary powerhouse of personalities to find out how this spectacular union came to be.

Fergus, how did you meet Nate Green and Richard Turner?

Fergus Henderson (FH): Richard and I have known each other for years, but we properly bonded on a trip to Jerusalem. We arrived and the city had shut down for the night, but we were thirsty (as chefs often are) and so we were sent by the hotel’s bellhop to a bar out in the countryside. A most peculiar experience! There we were, in the middle of nowhere, surprised to find all the other customers wearing very tiny shorts. We were with another chef who became quite excitable… Richard had to remind him that all these bright young things were army trained and could kill you with one blow. Richard is a useful chap to have around when travelling! When Richard introduced me to Nate, I recognised a kindred spirit; any friend of Richard’s is a friend of mine.

Nate Green (NG): Rich was telling Fergus and Trevor about the dinner we did together back in April, and they were very keen to come do a dinner with us. Obviously, I was a little taken aback but really stoked when Rich messaged me to say that Fergus and Trevor would love to come cook with us here in Hong Kong. And that they wanted to bring out their fabulous wine – what do you say to that? Of course was the answer.

What values do you all share that make this collaboration work?

FH: A belief in good food and bonhomie! A shared interest in exploring the whole animal and in the pleasure of eating, cooking and gathering folk together. 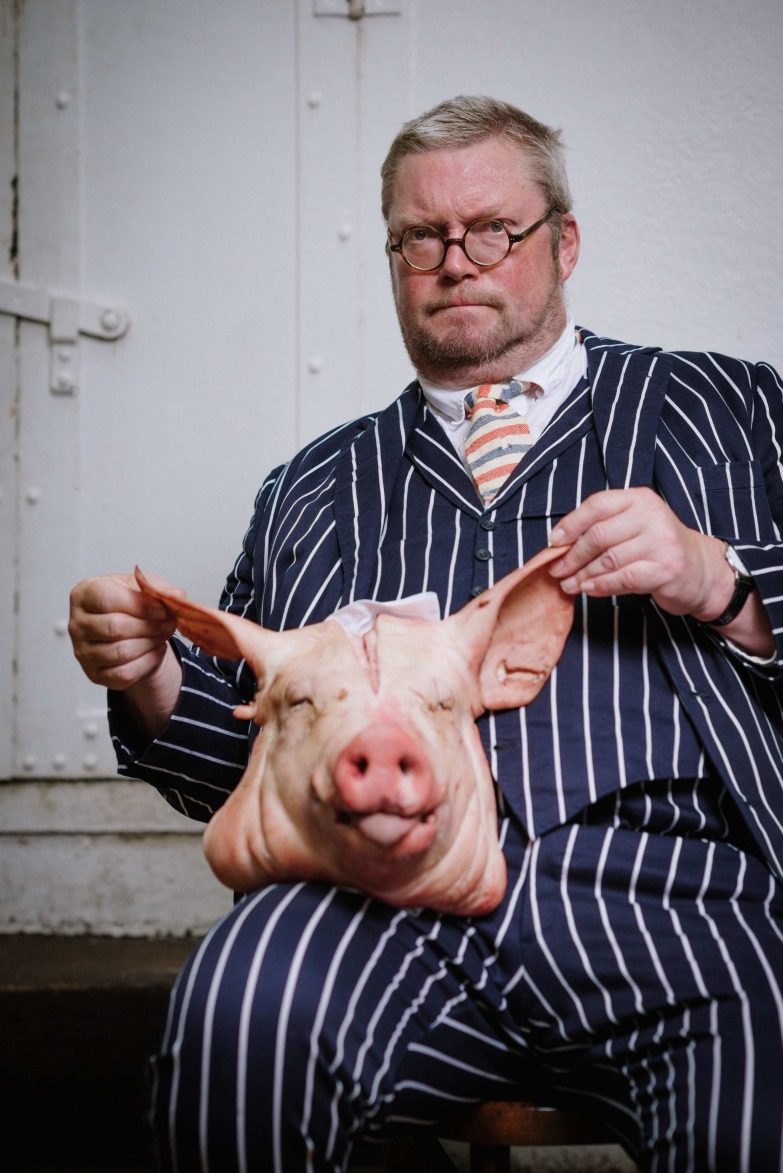 What are you most looking forward to?

NG: I can’t wait to just spend time with them again. We spent a few days together in London last month, workshopping and planning for dinner – which was great conversation over good food and wine. Listening to their approach to hospitality and how they have grown their business was fantastic. Rhoda is a team, and I’m really looking forward to mine getting to spend time with these icons and gaining invaluable experience too.

Trevor Gulliver (TG): It is going to be great cooking, great fun, and I get the easy bit – I put the wine in the glass to make the fun happen!

What wines will diners be sampling?

TG: Our very own Boulevard Napoleon wine, made in our medieval winery in Minervois, France. It is extremely special, a labour of love, and the first time it will be shown in Asia.

What do you look for when you add new wines to the wine list?

TG: Good and happy growers who care for their soil, their people and their wines.

What are three wines you love?

TG: Anything from Domaine Romanée-Conti or Cheval Blanc. Who wouldn’t? And from Italy, Fontodi… I could go on and on. It is impossible to select just three!

What is your favourite wine and food pairing that works magically together?

TG: A good Burgundy and a new season grouse, with all the traditional trimmings: bread sauce, watercress, liver toast… That really is magic.

Trevor, you are said to favour French wines. Are there wines from other countries that tempt you?

TG: I am always tempted! But our wine list is all French and has been since we set up St John over 20 years ago. France is our neighbour; it makes sense. The nose-to-tail philosophy is not, as commonly thought, just about eating the whole beast. It is about eating seasonally and using local ingredients. This translates to the wine too. 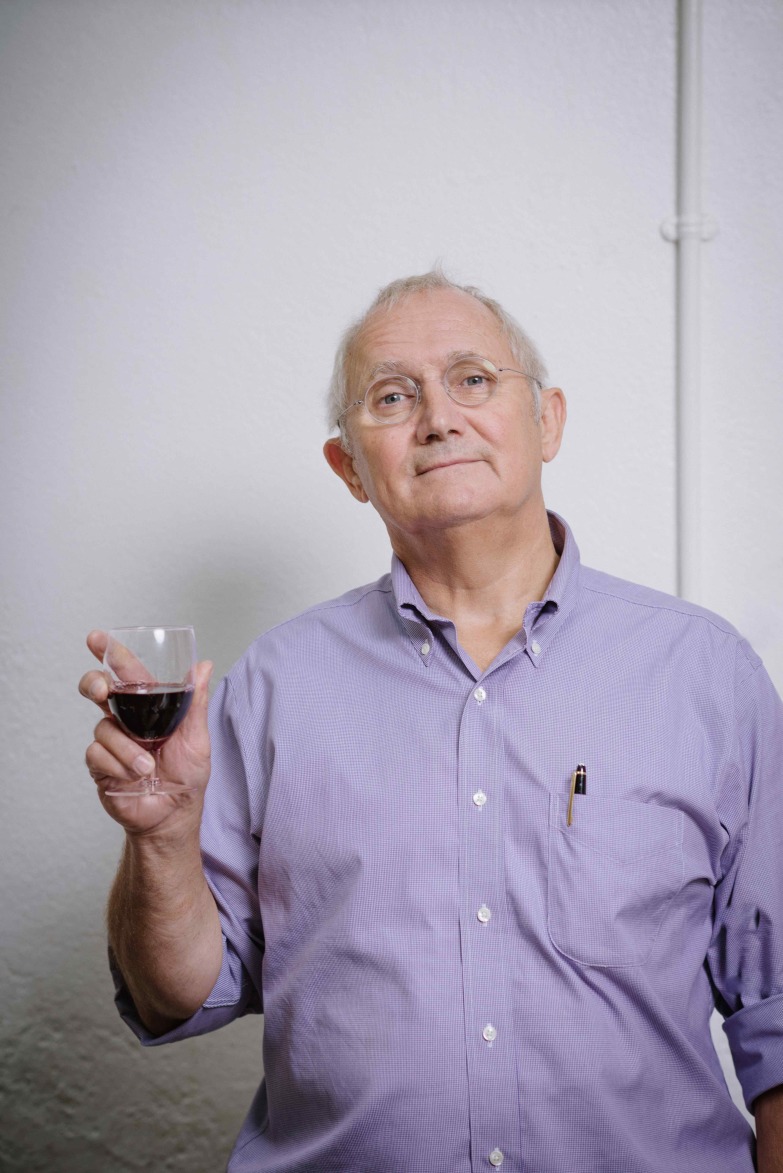 Fergus, you’ve been quoted as saying that cooking nose to tail stems from common sense; does it surprise you that now everyone wants to cook like you?

FH: It is a very pleasant surprise! I have never been an evangelist about it. I have just been getting on with what I do. I am pleased that other people now seem to be doing the same.

Are people in the UK getting more comfortable eating the lesser-used parts of animals? How does it compare to what you know of Hong Kong?

FH: Hong Kong definitely embraces nose to tail. There is still a little trepidation in the UK. It seems to have fallen out of our culture somehow. It is a way of cooking that the UK used to embrace; when we opened St John all those years ago, we were accused of being 200 years out of date. I took that as a compliment! I am pleased to be bringing it back.

How have things evolved at St John over the years? Have your diners attitudes changed noticeably?

FH: Things have evolved in a way, but we have always stuck to our guns in doing what we do. The attitudes of our guests and the public have changed a little – after all, we are full every night! But there is still a way to go.

Have you ever had a particularly amusing reaction to one of your dishes when a diner was introduced to something completely new to them?

FH: It is always worrying when people come to St John as an act of bravado – we used to have city traders hoping to order the “scariest” thing on the menu. But they are always happily disappointed – what they receive is not scary, but delicious!

What part of any animal do you find the trickiest to make good use of?

FH: Lung is tricky, but then again, it is essential in both faggots and haggis. It is all good; it is all useful!

What do you think chefs learn when they begin cooking with every part of the animal?

FH: They learn to love the animal! Often innards and extremities look exactly like what they are – by which I mean, they are not pre-cut, pre-packaged, unidentifiable bits of generic meat. This is a thing of beauty and gives you a greater understanding of the beast. 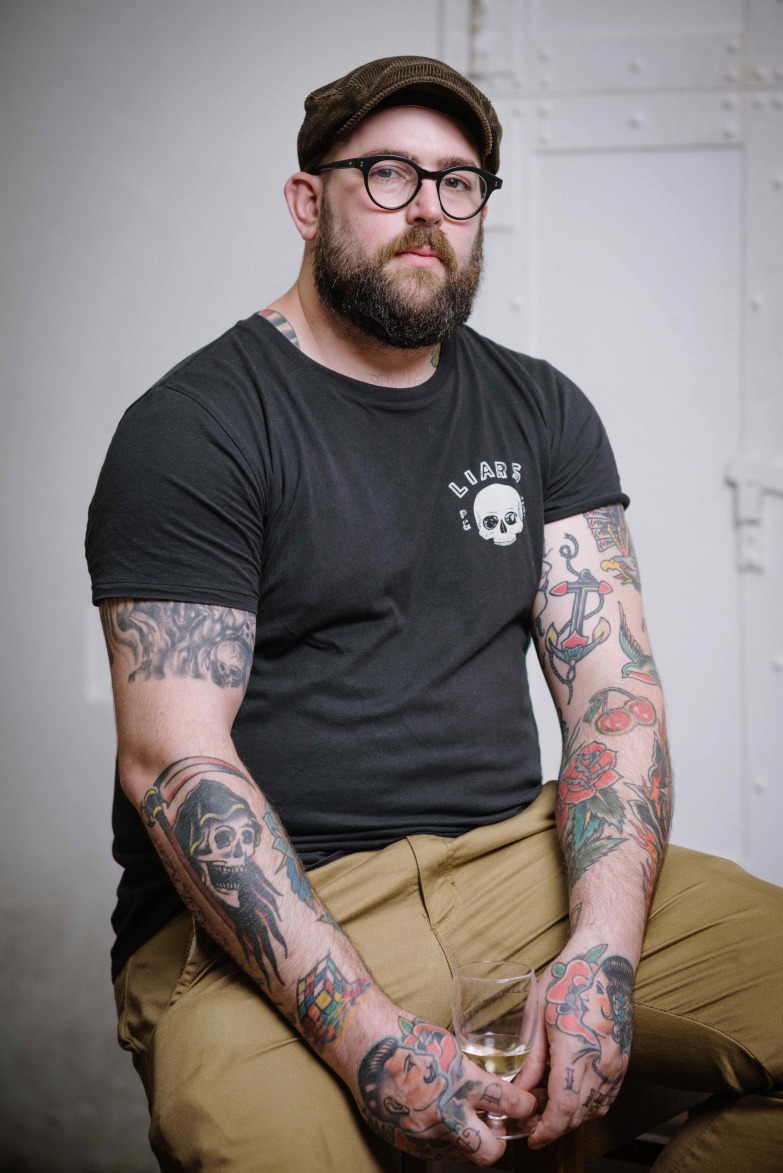 What’s a dish you’ve made that did not work out the way you wanted it to?

What’s your favourite season for produce?

FH: The great thing about seasons is that each one brings different joys. Currently we have autumn, bringing game and root vegetables after the summer greens. Just as you’ve eaten your fill of one season, before you can get bored, the next one is upon you. Nature writes your menu and you should listen. It remains exciting all the time!

What is the most surprising thing you’ve ever tasted?

FH: When I was last in Hong Kong, I ate snake soup. It was rather medicinal tasting. Not something you readily find in London…

Nate, has Fergus’s cooking influenced you in your own career?

NG: 110%. When Fergus and Trevor set up St John over 20 years ago, they were cooking a style of food no one else was doing and they stuck to their guns. Since then, St John is now one of London’s most iconic restaurants and a firm favourite among the chef community. It’s consistently been on the World’s 100 list and holds a Michelin star. Their approach to food has certainly inspired Rhoda: the use of offal, whole animals, great technique, seasonal produce that stands out. St John is the epitome. I dream one day Rhoda could become a restaurant as unique as that, loved the world over. 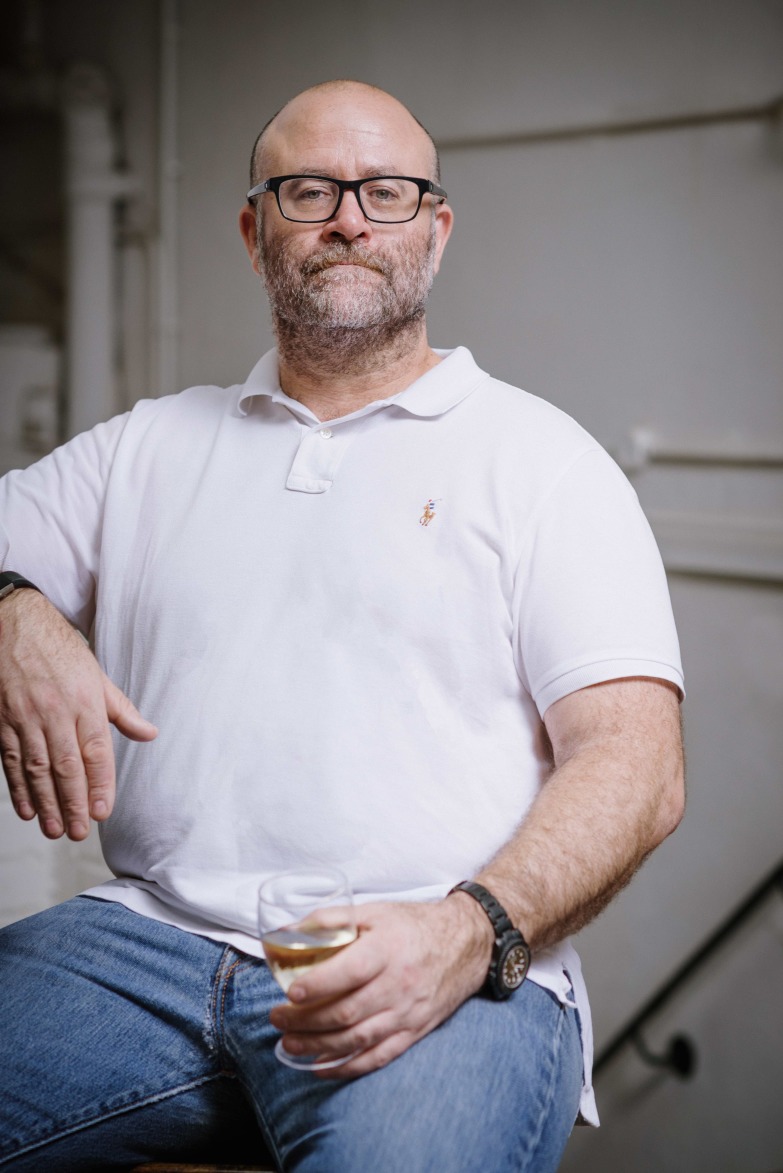 Richard, some years ago, you were looking to open Hawksmoor in Hong Kong. Are you still looking to?

Richard Turner (RT): Not currently, as we are focusing on our first international opening in New York next year.

RT: In April, I had roast goose in Temple Street near the night market, and the typhoon shelter crab of course.

RT: My favourites change constantly, but I like fish and meat combos, surf and turf. My favourite steak is rump.

In your opinion, do we eat too much meat? As a well-known carnivore, what do you think can be done to get the balance right?

Who are your favourite kind of diners to have in your restaurant?

RT: I like customers who really enjoy their food, so plump people!

What’s one thing you would never eat?

Where do you eat out in Hong Kong?

RT: I always love Duddell’s and 22 Ships. Last time I was here I had a great lunch at Arcane, Shane Osborn’s place.

FH: Everything that I have eaten in Hong Kong has been astonishingly good, from the restaurant that uses every single bit of the chicken (beak to tail!) to the table barbecue restaurant with the chef fascinatingly wearing an immaculate golf jumper – a curious juxtaposition. Wonderful.

Nate, if you had unlimited time, where would you take Fergus, Richard and Trevor to eat in Hong Kong?

NG: Lots of little local places, but I don’t know the names because I go with my wife. But they can expect lots of roast meat, dim sum and offal. Spring Deer is on the list – love the Peking duck there. We will also hit up Australia Dairy Company for a scrambled egg and corned beef sandwich. If the season allows, we’ll grab spicy crab and maybe a detour to Back Bar for a drink. Derek, the sommelier at Duddell’s, is buying some very cool wines from China right now – I would love for Trevor to see them. Yardbird is a given, so too is Ho Lee Fook.