For a sweet taste of Americana, Burger Circus now offers a monthly homemade pie or cake

There’s a saying ”as American as apple pie”, which supposedly speaks to the humble wholesomeness of the USA. We’re not sure about that now that we have an egomaniac heading up the White House, but nonetheless pie remains a classic symbol of down-home America.

Hong Kong’s very own retro American diner Burger Circus has just debuted a monthly pie menu, made from scratch daily and available by the slice with whipped cream ($48) or à la mode for an extra $8 (that’s a fancy American way of saying ice cream, folks). A pie milkshake ($78) is another creative option or a whole nine-inch pie ($258) can be yours for the eating – delivery or pickup – with at least one business day’s notice.

The diner’s pie flavours change each month, and just to keep you on your toes, sometimes a cake will be thrown into the mix – like this February, when red velvet cake is the flavour of choice.

We tried January’s apple pie, which was filled to the brim with scrumptious, cinnamony apple slices, but expect to see blueberry, cherry, chocolate, peach and pumpkin pies in the coming months, varying with the seasons.

Along with Burger Circus’ classic cheeseburger ($98) and onion rings ($38), these pies bring another slice of the States to the 852. 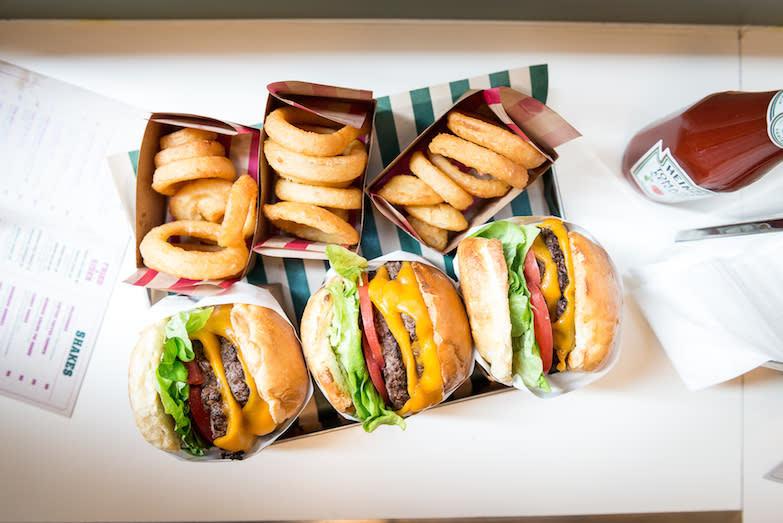