The bright green environmental-campaigning ship is an imposing sight on the skyline, and it carries an important message: Plastic Free Now. Greenpeace has brought its Rainbow Warrior ship to Hong Kong’s harbour in order to conduct research on the levels of plastic in our waters and the knock-on effects for the sea creatures that ingest the plastic, which we will inevitably eventually eat ourselves. Up to 12.7 million tonnes of plastic waste are estimated to have entered the oceans, making up 80% of ocean waste. According to the UN, at current pollution levels by 2050 there could be more plastic than fish in the oceans, and single-use plastic is the major cause of this plastic crisis.

We sought out Polly Wong of Greenpeace to discover the full extent of the ship’s mission here.

Why is Greenpeace focusing on Hong Kong waters?

From two microplastic studies and a report from a joint-NGO comprehensive beach clean-up scheme in Hong Kong, Greenpeace noticed that large plastic (over 5mm) and microplastic (under 5mm) debris are overwhelming the 360km amazingly beautiful coastline. From one of the quantitative studies, the mean microplastic abundance for Hong Kong is 5595 items/m² . This number is higher than international averages, indicating that Hong Kong is a hotspot of marine plastic pollution. Yet not many scientific studies have been done in HK, a key location between the inner sea and a major river stream. So Greenpeace would like to gather more macroplastic and microplastic information in the region. 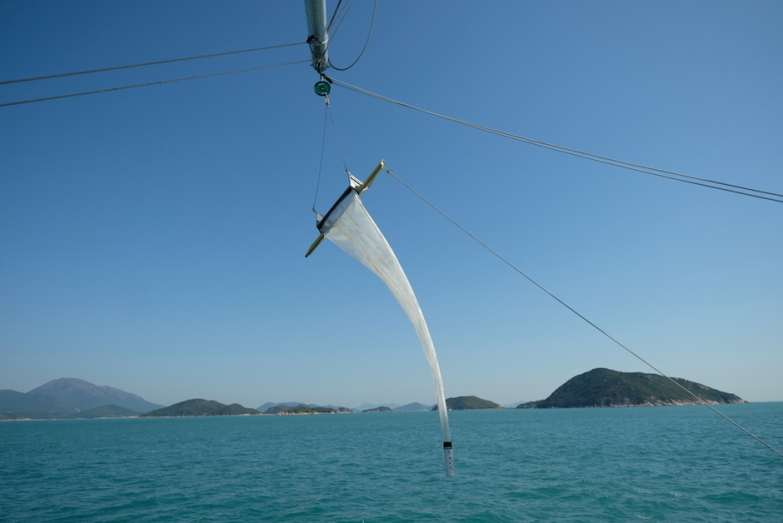 What are some of the early results?

We found macroplastic and microplastic in all 23 samplings. From our naked-eye observation, the most common plastic trash is expanded polystyrene pieces: various types and sizes of food packaging, foam food boxes and single-use utensils. The north-eastern side of HK seems to have a higher concentration of microplastic, while on the western and southern sides, the variation of plastic trash is more diverse. 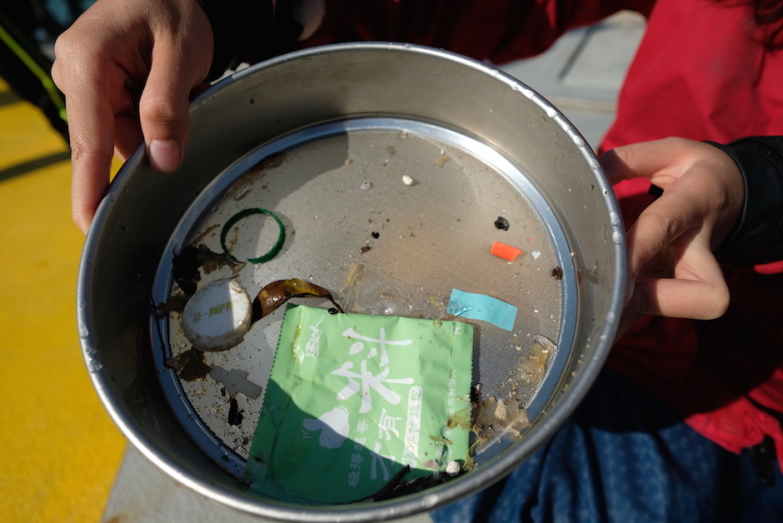 How can the results of this study be used to assess the quality of the seafood that comes from Hong Kong?

The ingestion of microplastics by marine organisms such as plankton, crustaceans, fish, filter feeders such as mussels and seabirds has been systematically observed around the world. Greenpeace also did a literature review last year. Microplastics and their associated toxic chemicals might lead to more critical negative effects on ecosystems and human health than those of large plastic debris since they might bio-accumulate and bio-magnify along the food web. So from this study, we will have an overview of how serious the problem of plastic trash ending up in our oceans is, subsequently leading to a seriously high concentration of microplastics in the habitats of those marine organisms that we consume in our daily lives. It is not only a regional, HK problem; it is a worldwide issue. But we are still a long way from understanding the ocean plastic problem so that we can assess the quality of the seafood affected by plastic. 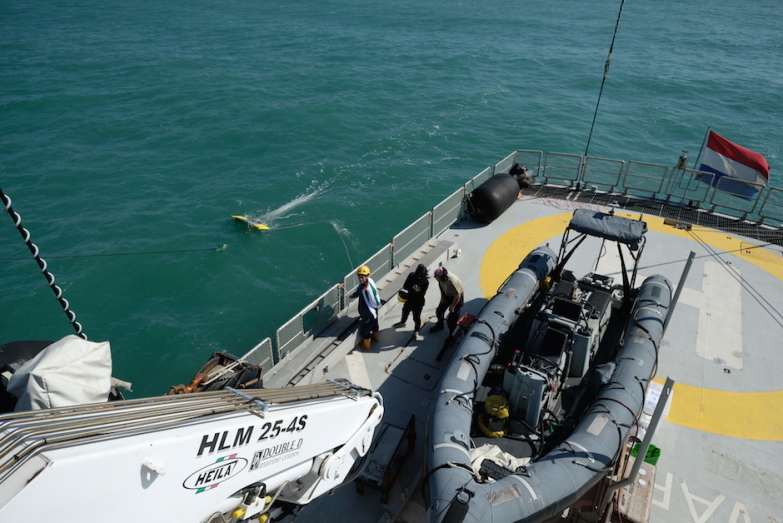 For what other purposes have Greenpeace ships been used?

There are three ships in our fleet: Rainbow Warrior, Esperanza and Arctic Sunrise. Our fleet is the core member of many of our campaigns, from opposing American nuclear testing in our very first campaign in Alaska to blocking illegal whaling in Antarctica. One of its most important missions is to sail to remote areas to bear witness and take action against environmental destruction, so you can imagine it is the dream of everyone at Greenpeace to get on board and participate in the action on ship.

Is the Hong Kong government involved in the study?

We did have a lot of permits to apply for before making this research possible. But the government is not directly involved in the study at this time. After our research went live, the government contacted our research team for further information, which we completely welcome. We urge the government to be more proactive on putting the microplastic issue on their agenda, from banning microbeads in personal care products to tackling microplastic pollution in our waters. 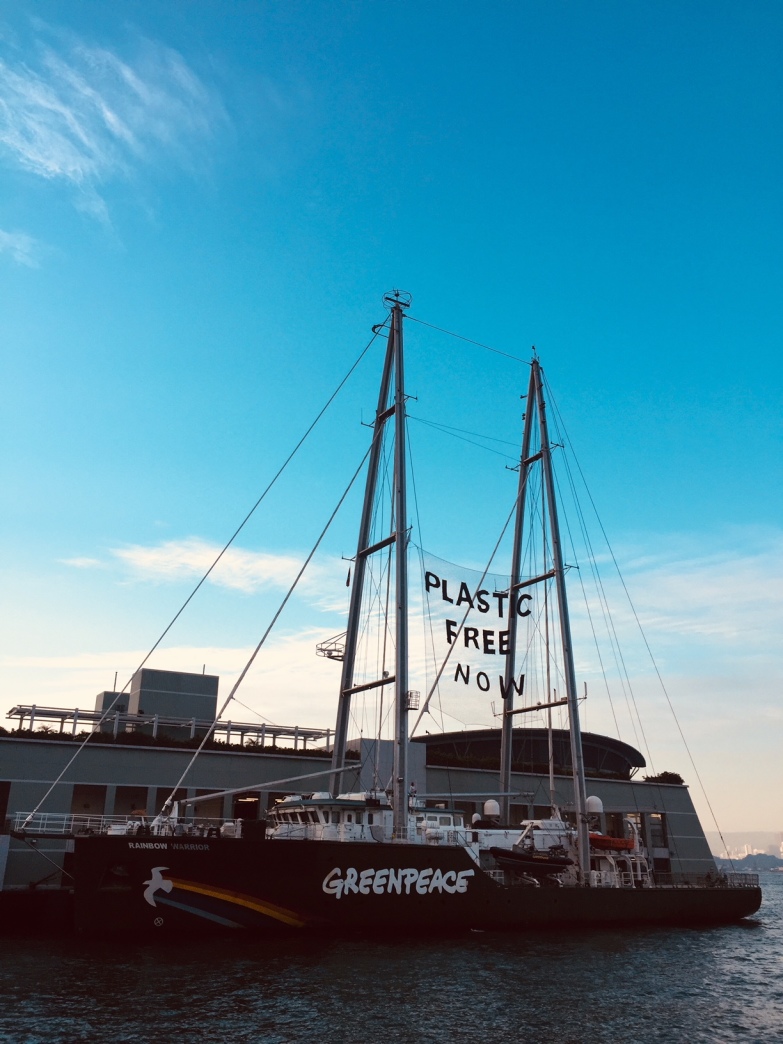