Where Chefs Eat in Hong Kong

From Jean-Georges Vongerichten and Gordon Ramsay to May Chow and Luke Nguyen, this is where the top taste makers in the industry eat out

With all their time spent in the kitchen honing their craft and tasting their own dishes, when chefs set out on days off or at the end of a long shift, they typically love to dine out and enjoy the hard work of others. So there is no one better to ask than these culinary experts about where to take your own taste buds for some quality cuisine.

From discovering local neighbourhood eateries to a bite of the fine when they have time, here’s a collection of where, and which dish, both resident and visiting chefs eat in the fine food city of Hong Kong. 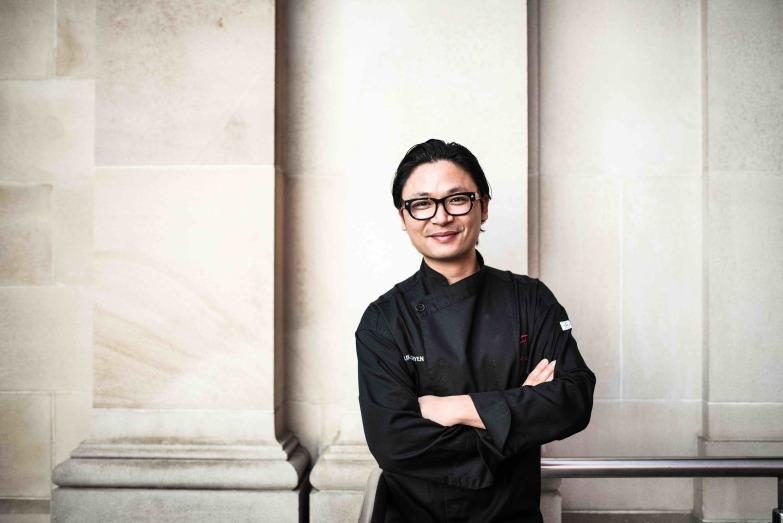 The well-known Vietnamese-Australian chef opened his first restaurant, Red Lantern in Sydney, at the age of 23 and has built an empire that includes numerous award-winning cookbooks, restaurants and television shows. He also founded a cookery school in Ho Chi Minh City to offer visitors a culinary and cultural journey through Vietnam. He recently opened the much-anticipated Moi Moi in Hong Kong after being featured on an ancestry programme and discovering he had Hong Kong blood running through his veins. He has a sure-fire local favourite:

“One dish that I eat all the time here, I’ve gotta admit, is wonton noodles. A place that I find is really consistent, I think it’s called Mak’s Noodle. So I eat there all the time – breakfast, lunch or dinner. I finish work and I eat there. I fly in, I eat there. It’s quick, it’s easy and it’s always consistent.” 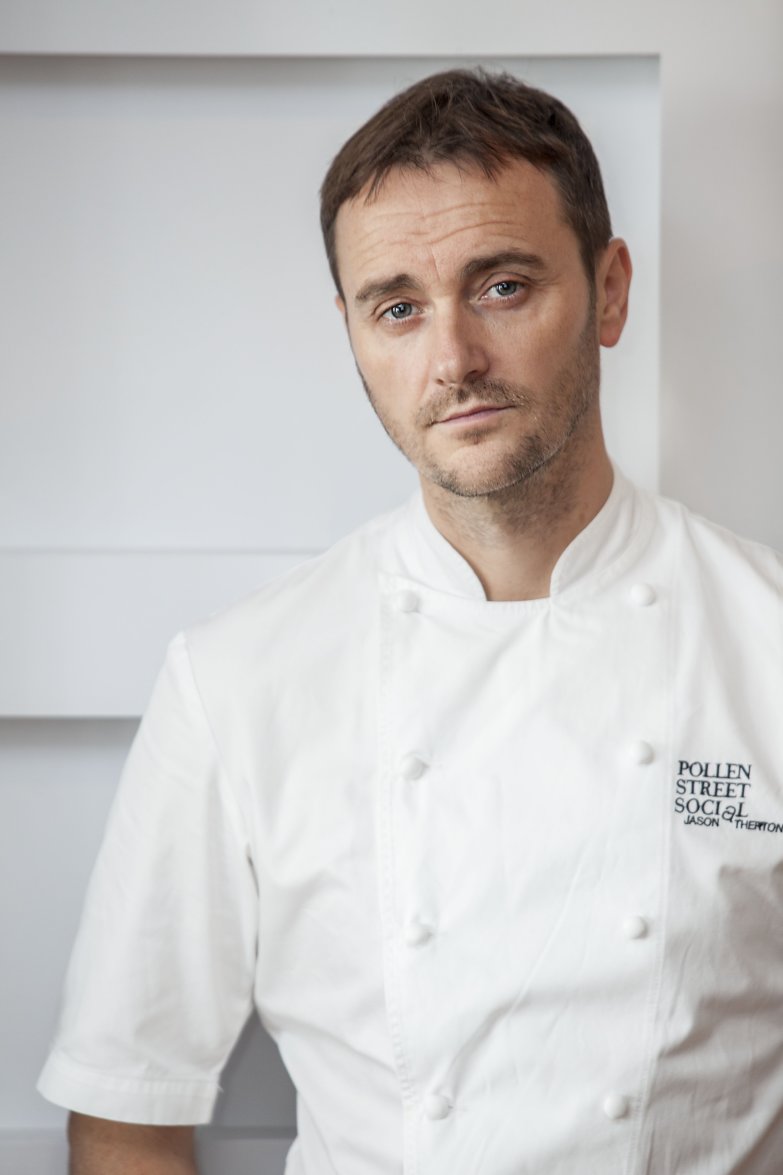 This chef from Sheffield has sprung up the ranks in Britain with his acclaimed restaurants and Michelin-starred Pollen Street Social. His first Hong Kong restaurant, 22 Ships, has been fully packed since its opening in 2013, and subsequent Ham & Sherry and Aberdeen Street Social have proved equally popular. He’s a man who knows what the people like and what he himself likes; he has a very specific favourite dish at a favourite place: 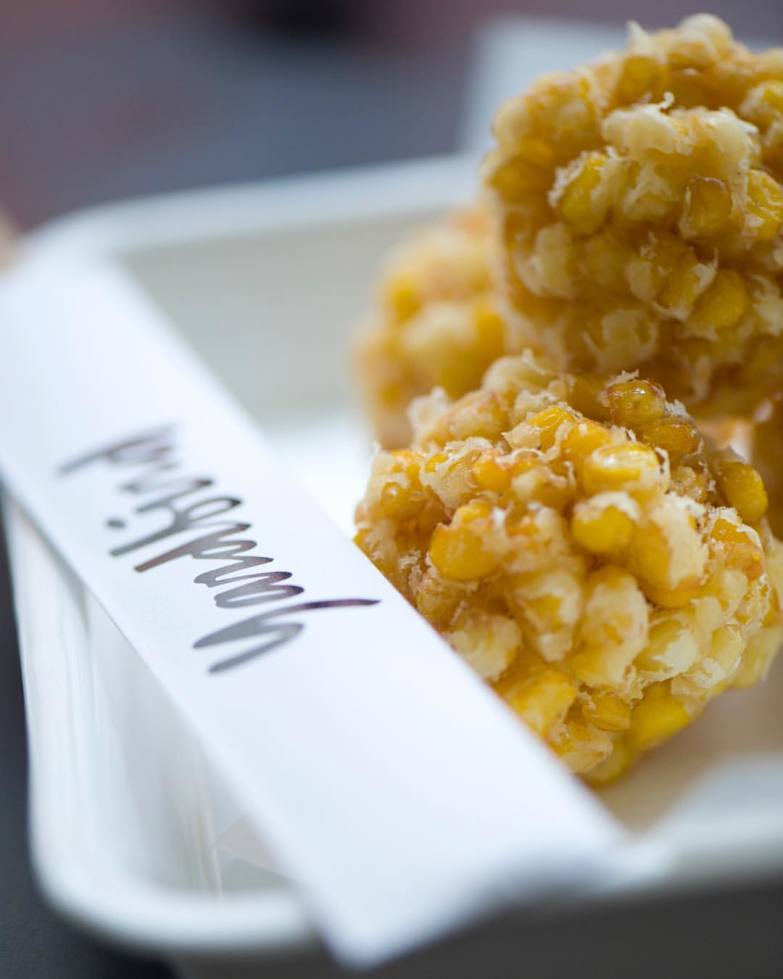 “The KFC (Korean fried cauliflower) at Yardbird. I’m a huge fan of Matt Abergel and his restaurant.” 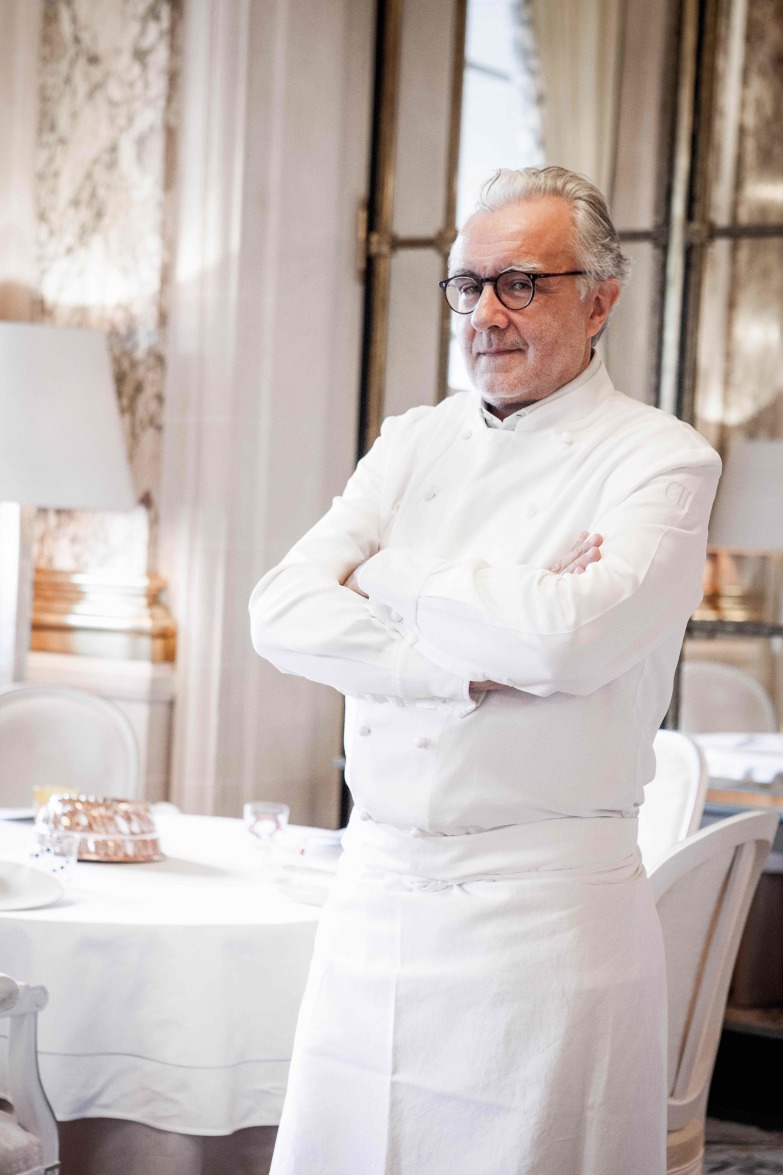 Legendary chef, culinary visionary, industrious businessman. To mention Michelin success with Alain Ducasse in the same sentence seems almost trivial as the prolific chef’s life work goes well beyond the horizon of his 19 Michelin stars. The owner of 24 restaurants across eight countries, in addition to a chateau and hotel empire and more, Chef Ducasse is a formidable force in French cuisine and a gold standard on the global culinary stage. So where does Monsieur Ducasse take his seasoned palate when in the city? 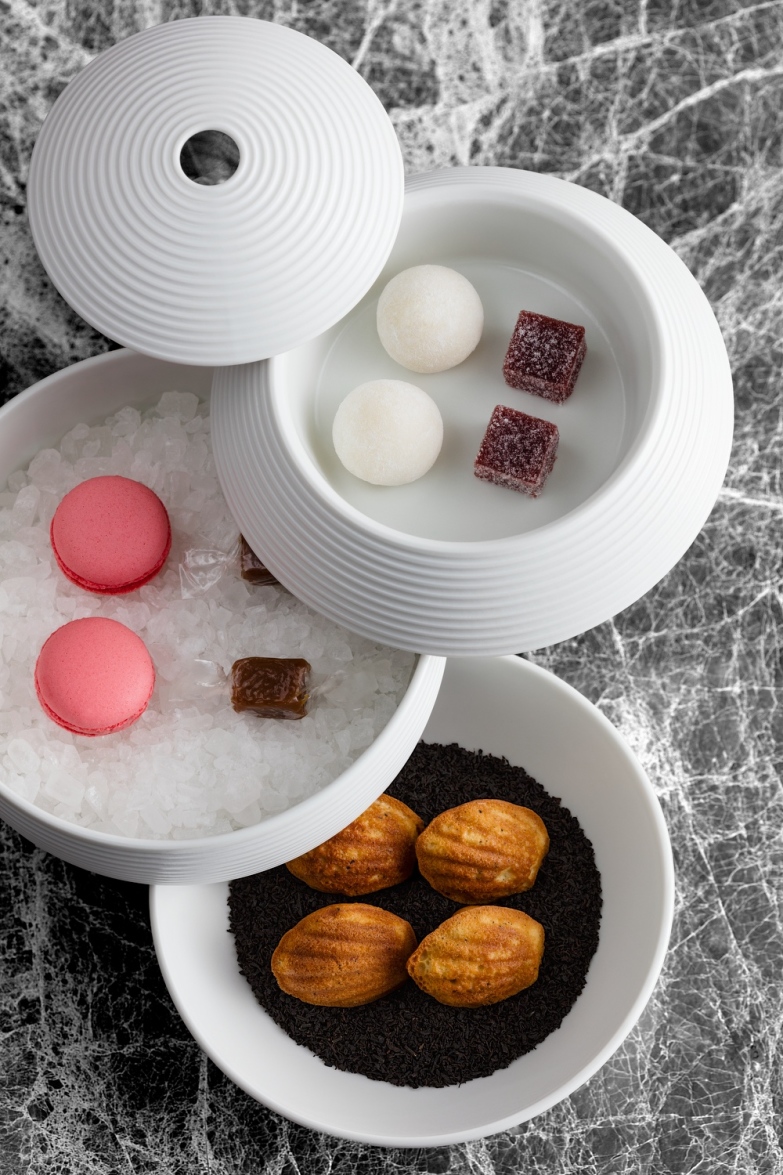 “What fascinates me most about Chinese cuisine is its diversity. Just like French cuisine, Chinese culinary traditions are closely associated with the nation’s diverse regions and have vastly different and contrasting flavours. Here, I am a fan of Ho Lee Fook and VEA, two very different ways of interpreting Chinese cuisine. Personally, I feel that Chef Vicky Cheng of VEA could have been awarded his Michelin star earlier.” 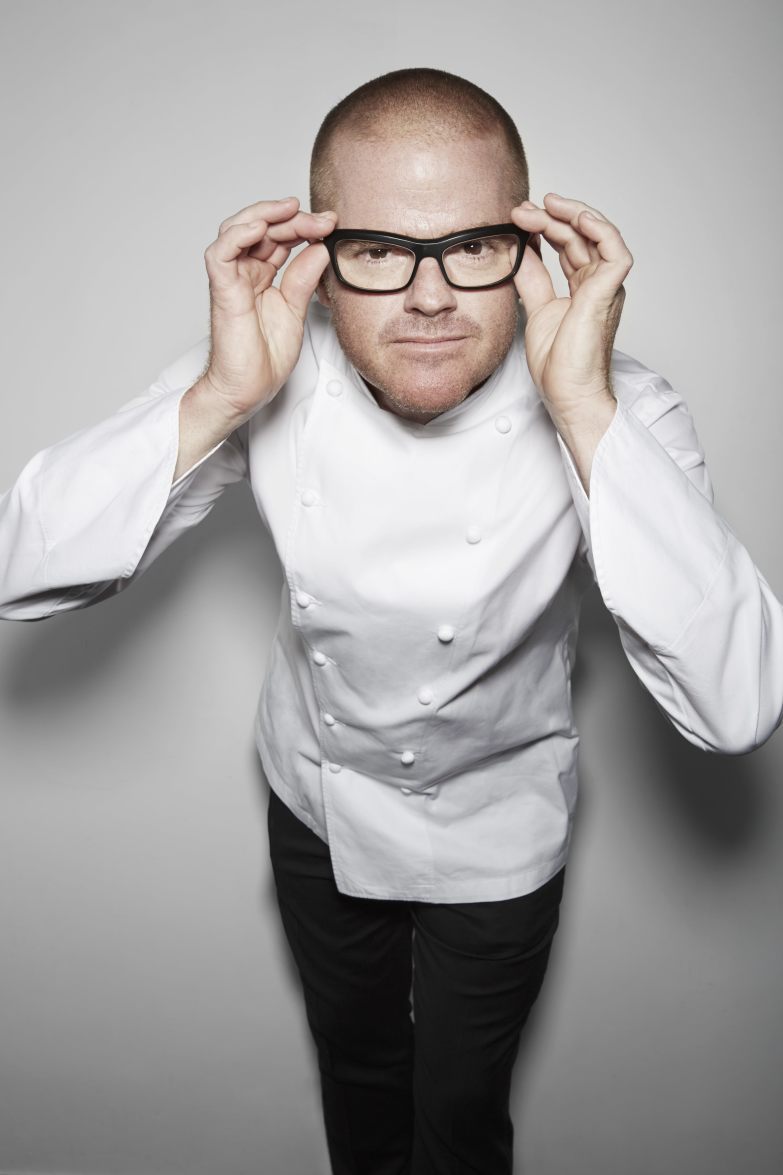 The purveyor of multi-sensory dining and Michelin-starred owner of pioneering UK restaurant The Fat Duck, Blumenthal has turned modern dining into an experience that is nothing short of an art form, from the bizarre and wonderful bacon and egg ice cream to the sensory stimulation of sight and audio that is so prevalent in his dishes. He has garnered recognition the world over, yet holds Hong Kong and Asian cuisine in particularly high regard. And he recalls his first trip to Hong Kong with a smile:

“I wasn’t staying for too long – it was only a couple of days and I had come straight from Tokyo, I think. But my intention was to cram as much culture and inspiration into the time I had – to take back as many ideas and influences as I could. I was like a sponge on maximum absorbency for two days, because I knew there was so much I could see and use and, ultimately, take back with me. Hong Kong always feels alive… vibrant. The food that I have tried has always been fantastic as well, particularly the meal I had at the Mandarin when I stayed there, and I would highly recommend it. And the street markets are a wealth of creativity and flavour.” 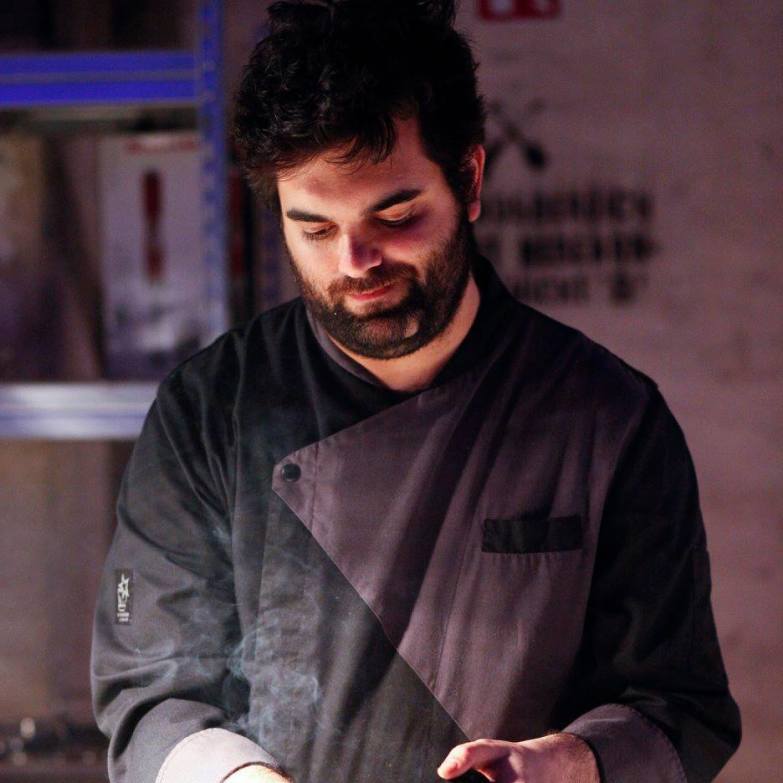 “It almost feels like there is no bad food in Hong Kong. Everything was delicious, from the goose to the congee we had on the day we landed. But my favourite has to be the dan dan mian from Din Tai Fung. I love the texture of the noodles and the spicy peanut sauce.” 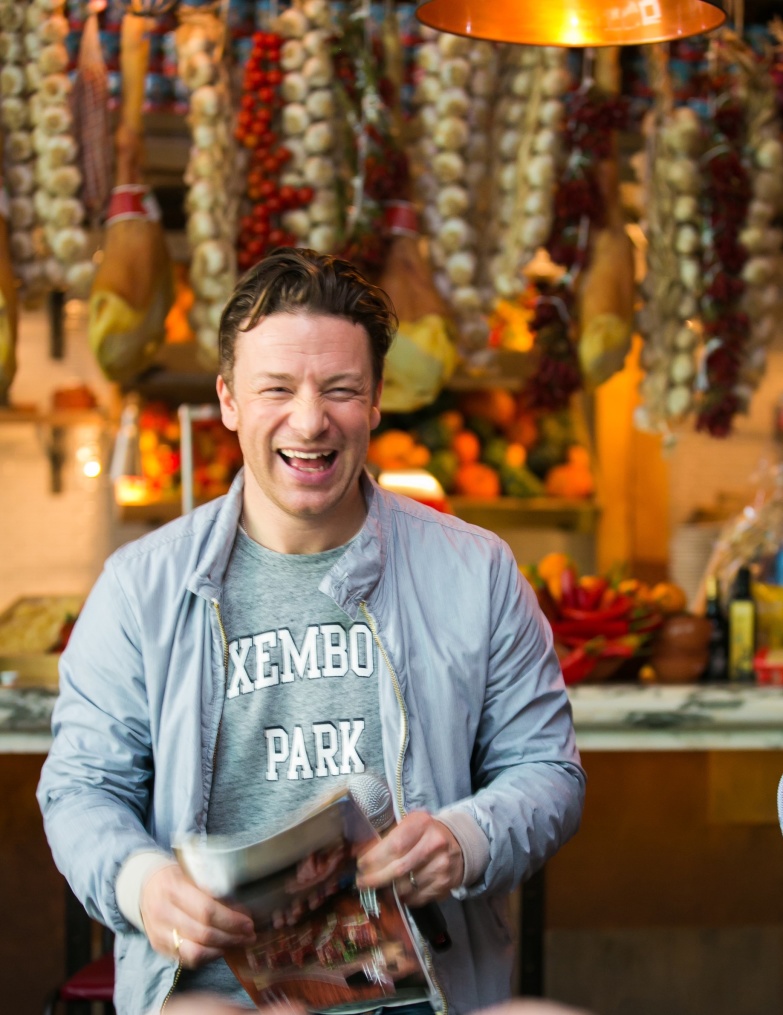 There was excitement when the man behind Britain’s food revolution finally set his sights on Hong Kong. Jamie’s Italian has two locations in the city, and when Chef Oliver comes to town, he sticks to the local delights: 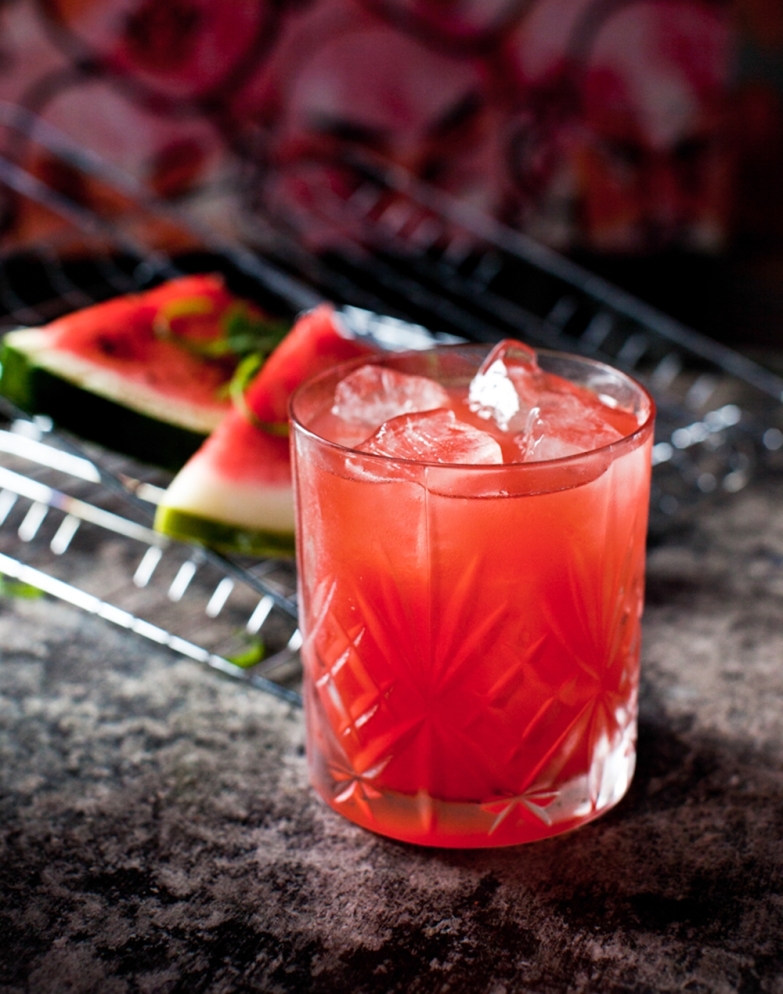 “I really enjoyed our dinner at Under Bridge Spicy Crab, and the cocktails at Brickhouse were great – the tequila really hit the spot. I also loved the traditional breakfast this morning with all sorts of different congees. The blood congee is my favourite, and those little fried doughnuts you dip into the congee were really nice. When I’m back home, I love dim sum on Sundays for brunch. It’s just the best. The diversity is just incredible.” 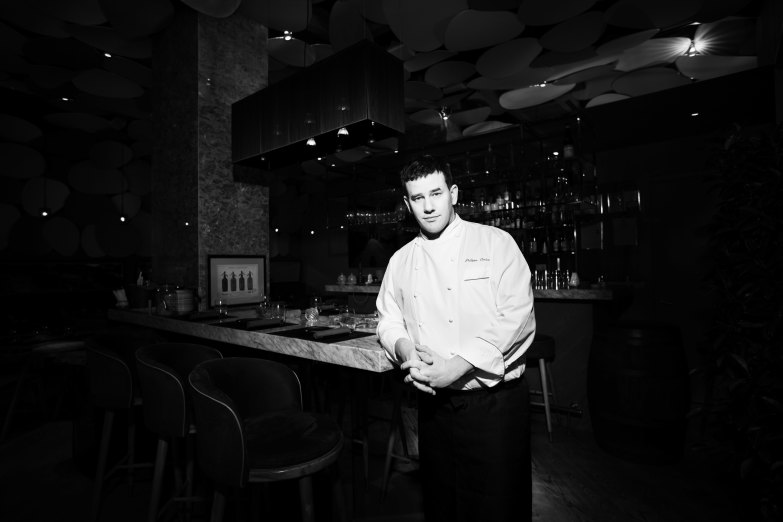 This Michelin-starred chef has been renowned on the local scene since opening his first concept four years ago and was the Foodie Forks Chef of the Year in 2016. Upper Modern Bistro in Sheung Wan and Central’s ON Dining are both renowned eateries. For Chef Orrico, it’s all about visiting his fellow chefs:

“I like to eat dim sum on the weekend, usually at Lei Garden. It’s fun and relaxing. In the evening I usually go to my friends’ restaurants, Seasons or Otto e Mezzo Bombana, for a late-night dinner.” 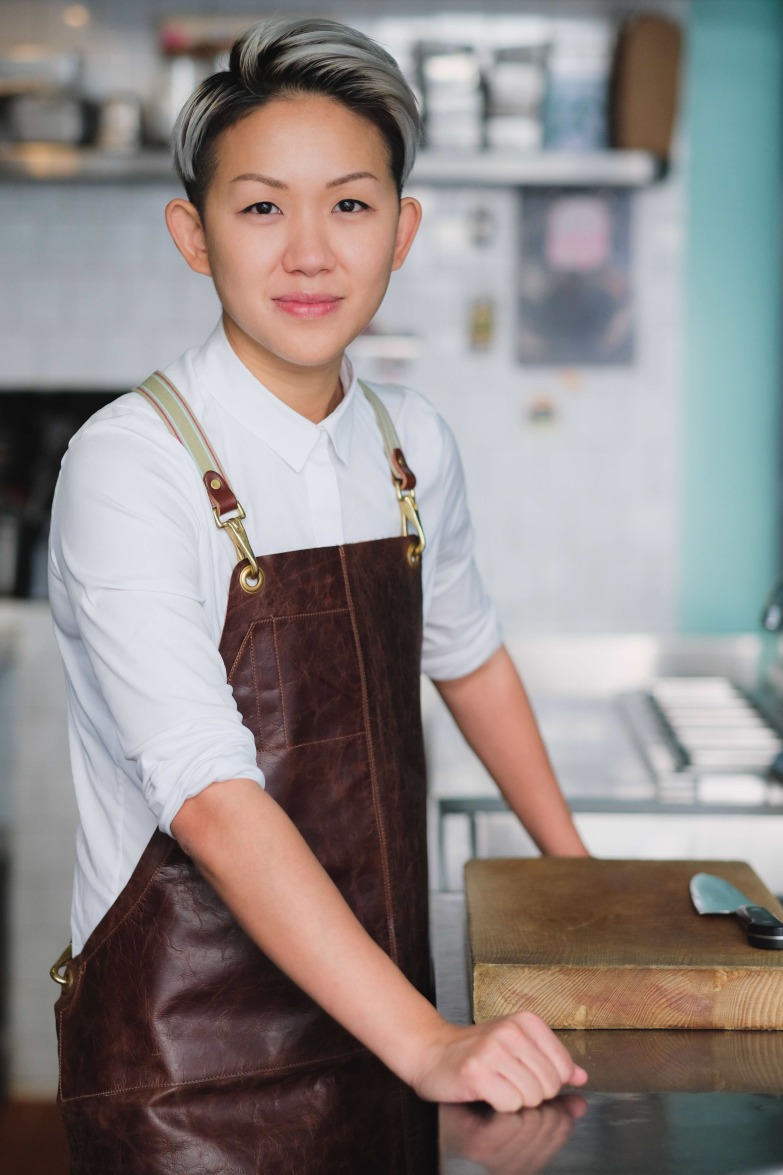 Hot on the heels of her win for Asia’s Best Female Chef 2017, Little Bao and Second Draft’s May Chow opened her third Hong Kong venture, Happy Paradise, to the delight of the city’s eager palates, also snagging itself a Foodie Forks Best Vibe award. So where does May head when hunger calls? 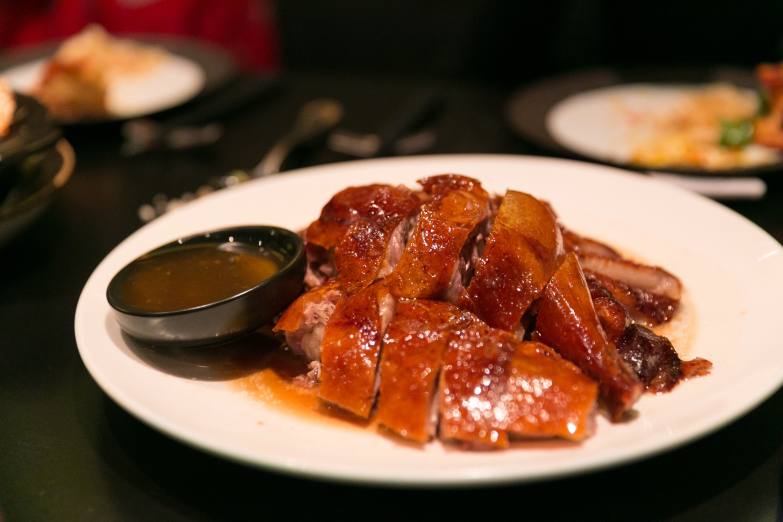 “Probably, and I say this a lot, Yat Lok for roasted goose.” 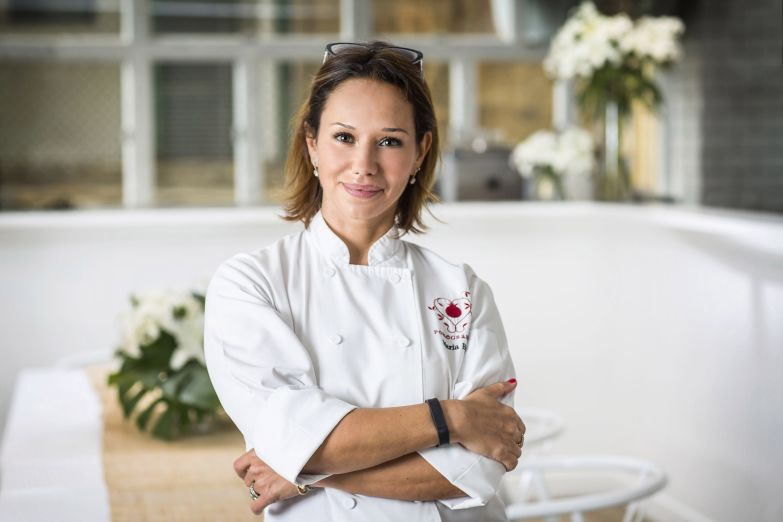 Her flavourful Mediterranean cuisine in open-plan private kitchen Pomegranate Kitchen has been earning praise for its bespoke menus to suit any event. When she’s not whipping up heartfelt cuisine, Chef Bizri has a few go-to’s: 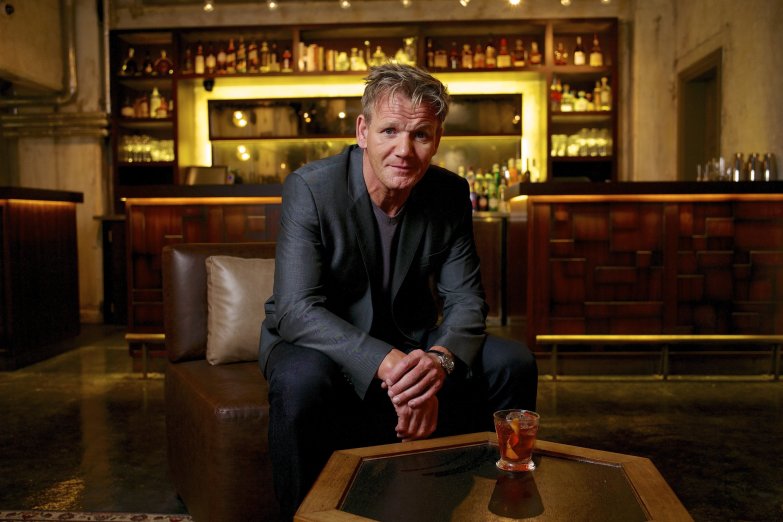 With 25 restaurants, 16 Michelin stars and countless television programmes under his belt, this famous chef with an explosive and charismatic personality opened his first Hong Kong restaurant, Bread Street Kitchen, back in 2014. He followed up with London House in TST a year later. Chef Ramsay says he finds inspiration in the cooking techniques here:

“I like the certain amount of lightness, the infusions, the blends, the broths, whether it’s the braised pork belly or the caramelised pork belly. We had extraordinary duck – it came to the table with its neck and its head and it was smiling at me, and if we did that in the UK, I’d get into so much sh*t for that, you have no idea. I like the fact that you’ve kept hold of these humble beginnings, traditions and [are] steeped in that culture.” 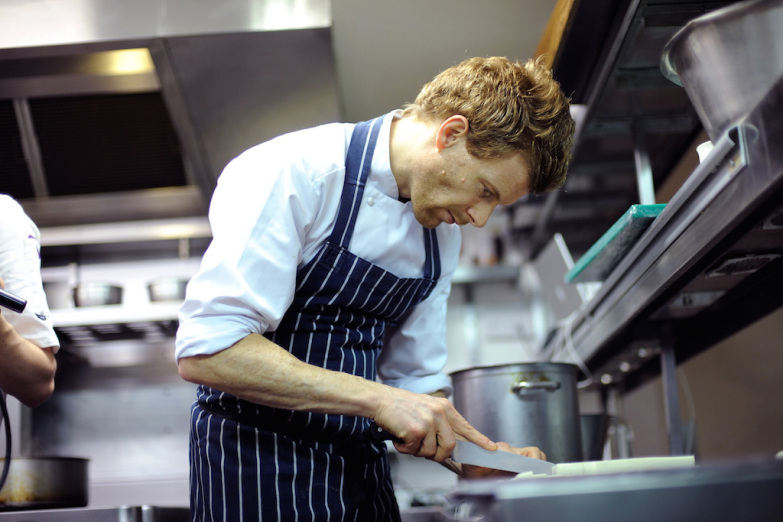 The youngest British chef to earn two coveted Michelin stars, Tom Aikens helms  long-standing Wanchai treasure The Pawn. He also owns several London restaurants and one in Istanbul, all focusing on using quality, sustainable, nose-to-tail ingredients to create his culinary creations. With his time divided, he aims to discover new flavours when he gets the opportunity:

“I never go to the same place ever, as there are always new places opening. And because I am working most of the time when I am there, it does not give me the time to eat at a regular place. The last time I was in Hong Kong, I ate at Frantzén’s Kitchen, which was great, with some very interesting dishes all heavily based on Swedish produce.” 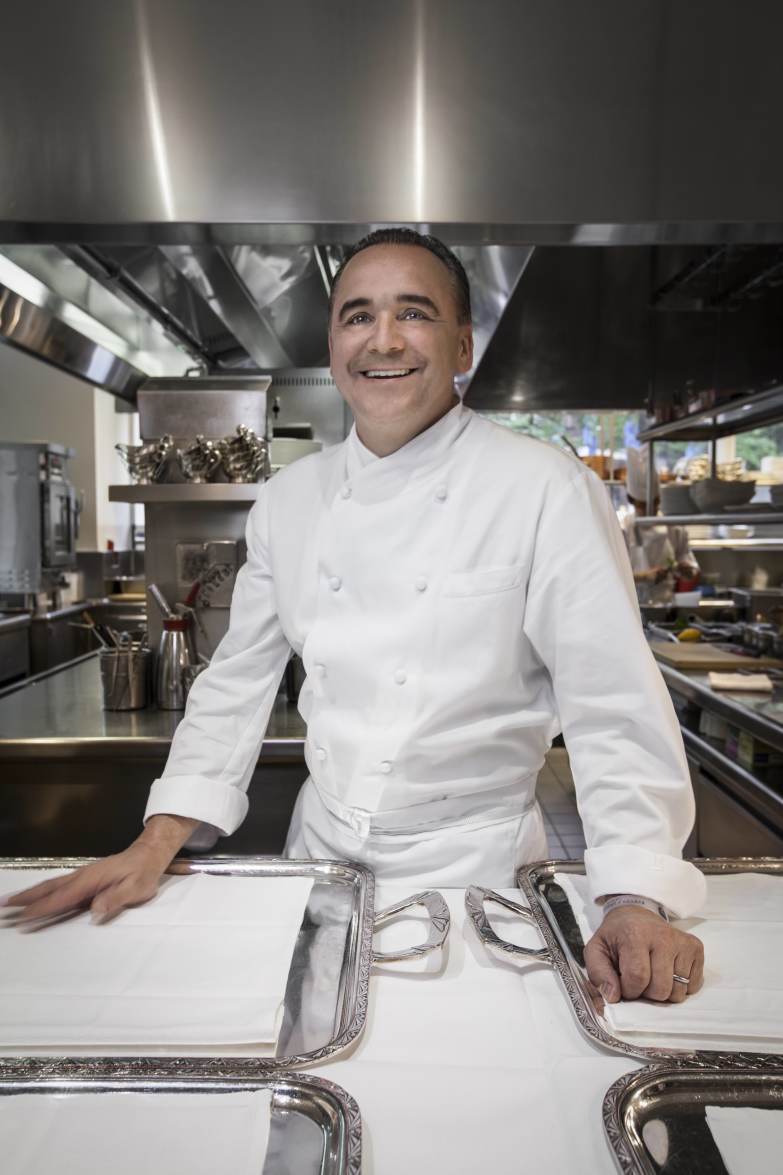 With restaurants across America, Europe and Asia, world-renowned, three-Michelin-starred Jean-Georges Vongerichten finally opened one here in Hong Kong. Mercato combines some of our favourite dining elements: fresh, quality ingredients, family-style sharing plates and simple, ingredient-focused cooking with a modern twist. Chef Vongerichten listed several of his favourite Hong Kong restaurants for us as well as telling us his favourite local dishes are garlic crab and dim sum: 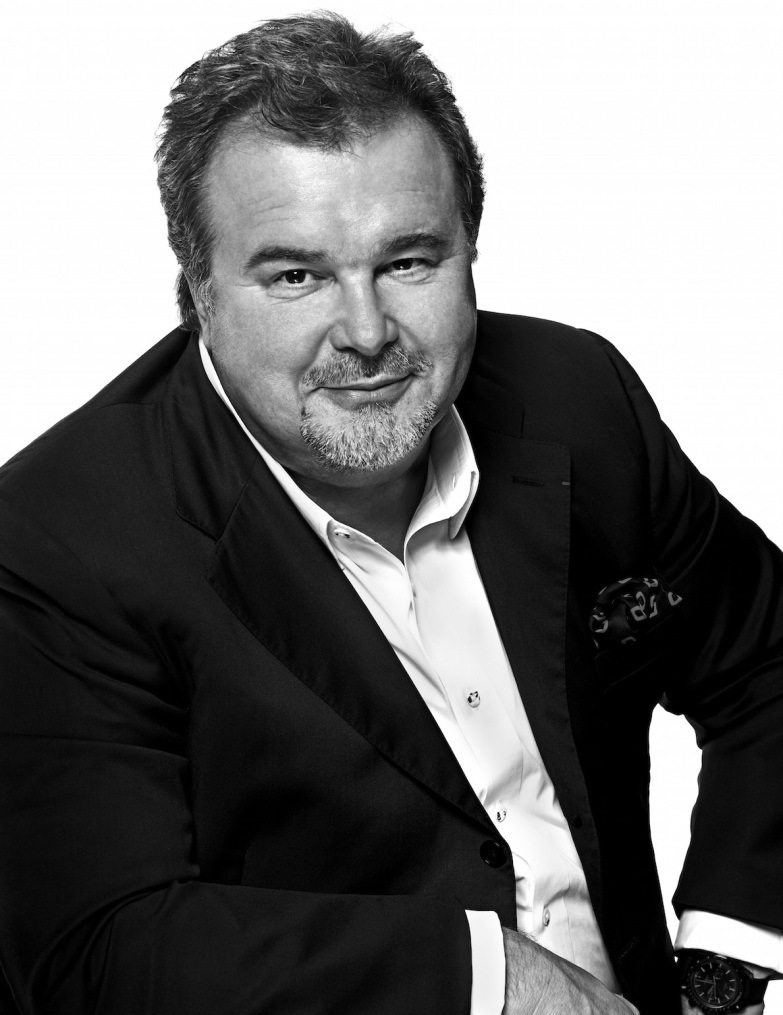 Born of a family with generations of patisserie chefs, Pierre Hermé has baking in his blood. The “Dior of Desserts” shares his sweet sentiments on where he delights in dining when in Hong Kong: 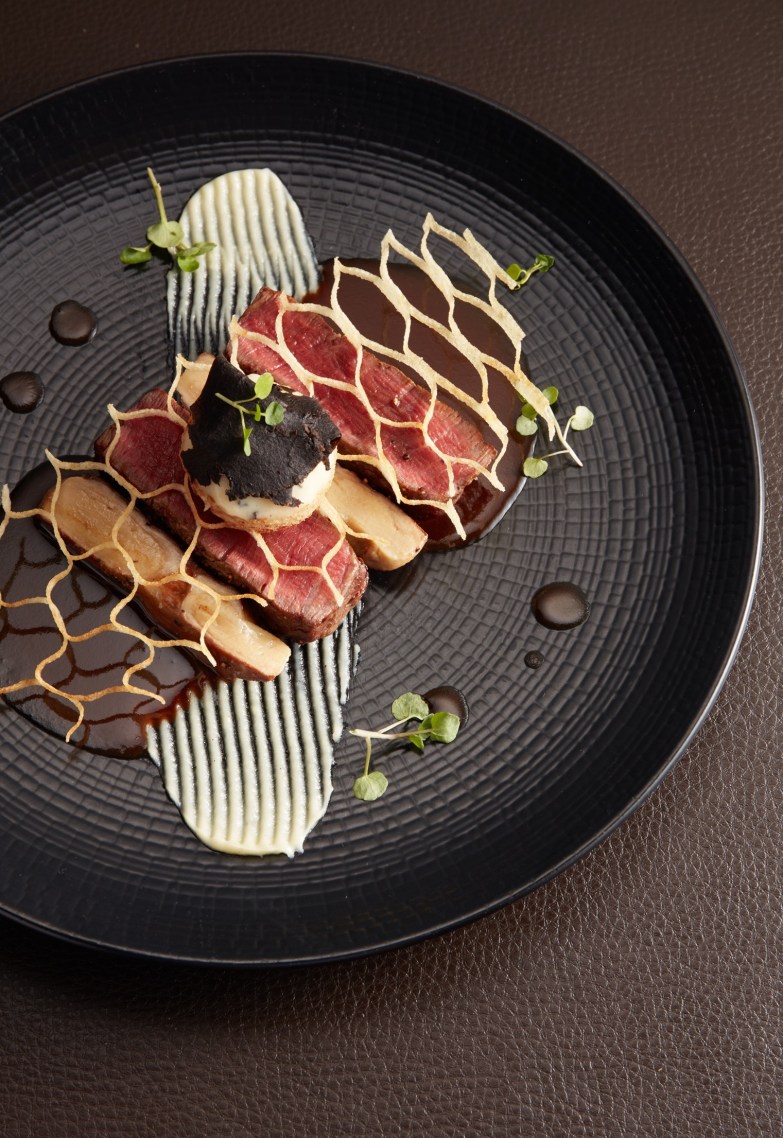 “I have had the opportunity to dine at a number of great restaurants in Hong Kong. Some of my favourites are Bo Innovation, Mott 32, Seasons and China Tang. We recently opened up our second boutique in Macau, and so during my visits for the opening, I also had the chance to discover the Chinese cuisine at Jade Dragon and Pearl Dragon, two restaurants overseen by Tam Kwok Fung. When it comes to Cantonese cuisine, I love char siu, pork ribs, wonton noodles, steamed chicken with ginger. And in terms of dessert, a simple dessert of milk with tapioca and grapefruit and, of course, eight treasures tea!” 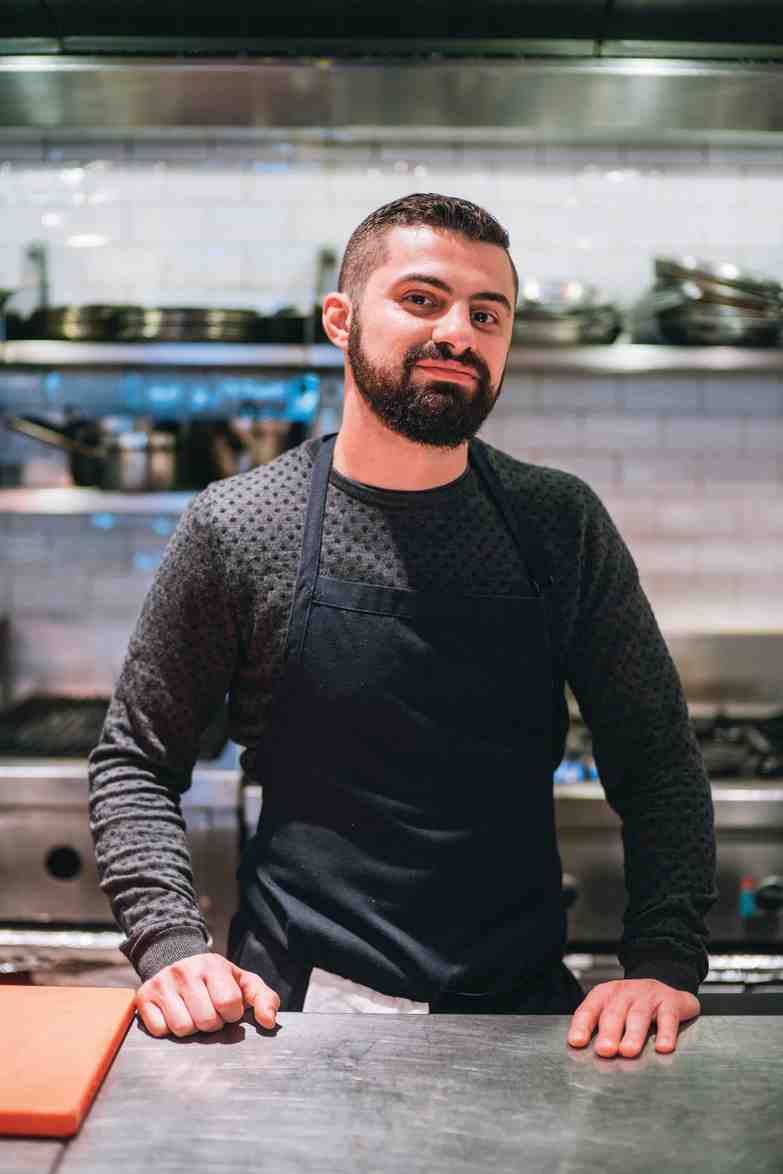 Established as institutions in Hong Kong, Posto Pubblico, Stone Nullah Tavern and Linguini Fini have entrenched themselves in the community with their consistently friendly, fun-loving attitude, delicious New American food and unbeatable happy hour deals. Much of this is down to Executive Chef Vinny Lauria and his special brand of inspired dining experiences. So where does Chef Lauria spend his precious non-working hours?

“On the border of Wanchai and Causeway Bay you can find me at Lee’s Family Chicken or Ichiran a lot of nights. It’s some of the best food in Hong Kong, but pretty undiscovered considering how f**king good it is.” 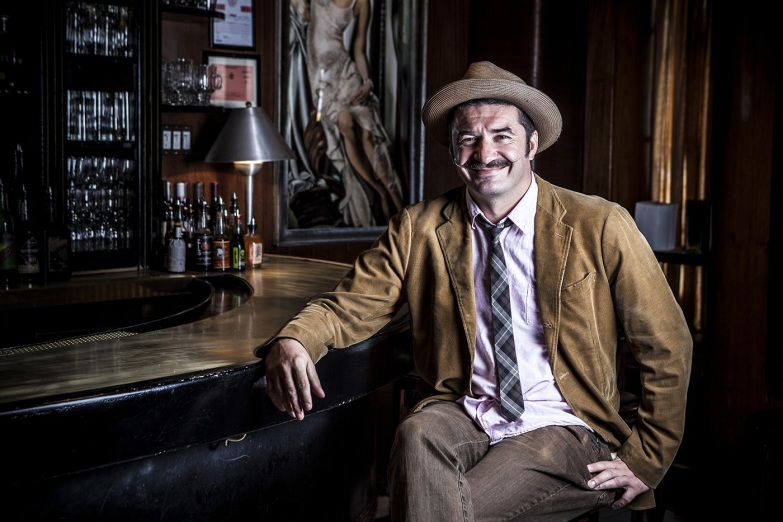 One of the five bartender co-founders of Employees Only in New York, Igor Hadzismajlovic recently brought his Prohibition-esque classic cocktails with a twist and modern American menu to Hong Kong. You’ll travel through a psychic shop to get to the cool confines of this Big Apple export that prides itself on crafting its cocktails both speedily and with free-pouring style. So where does Igor go when he’s off duty?

“There are so many local noodle and roast duck shops in Sheung Wan and Sai Ying Pun that I’ve been frequenting and wish I knew the names of! My wife makes me go to Yardbird for dinner every time we’re in town – it never gets old. We also love Chôm Chôm on Peel Street, and I have an addiction to the Hainanese chicken rice at MO Bar at the LANDMARK.” 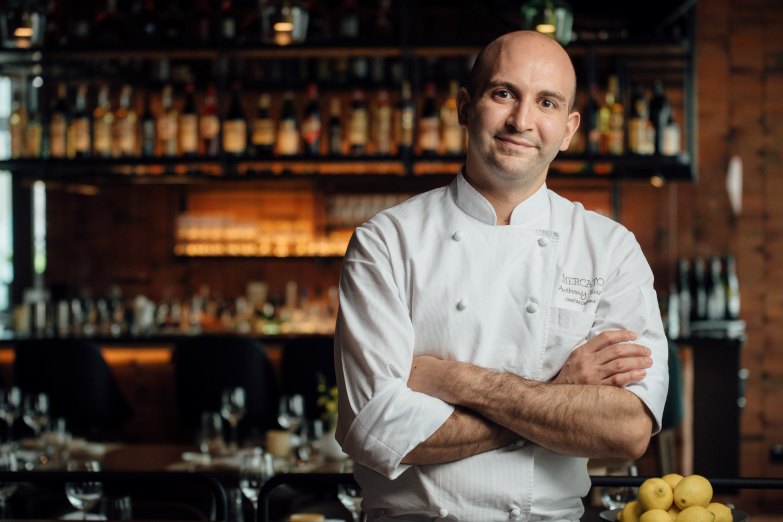 The man who keeps Mercato top notch every day of the week is Executive Chef Anthony Burd, who is a big fan of Chino in Kennedy Town – he says it’s the best taco place he’s found since moving to Hong Kong. His favourite dishes are the shima aji, the marinated pork and pineapple taco and the fish taco, which is especially nostalgic for him, bringing him back to his time spent living in California. 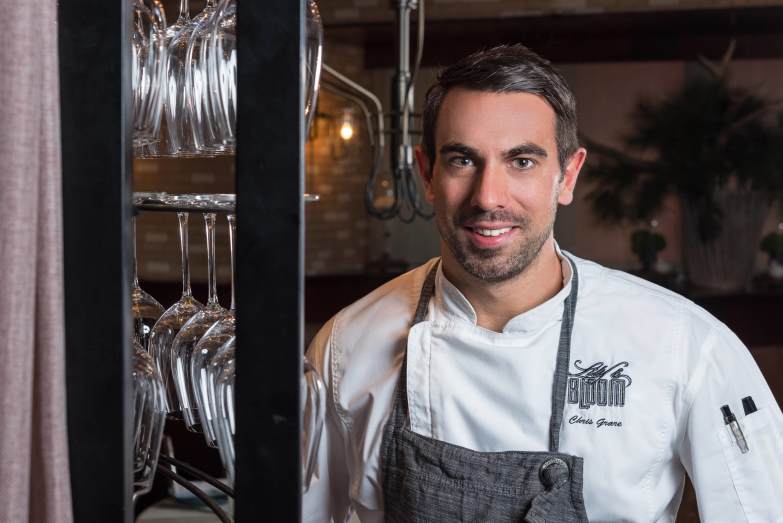 “On my day off I always crave something hearty and satisfying. Recently that has been a bowl of ramen: salty, fatty, umami. My go-to place for awhile has been Nagahama No. 1 Ramen in Sheung Wan. Their spicy miso ramen is just a little bit thick, which I like in a ramen broth, and of course you have to add an extra egg!”