A Quick Guide to Ayurveda 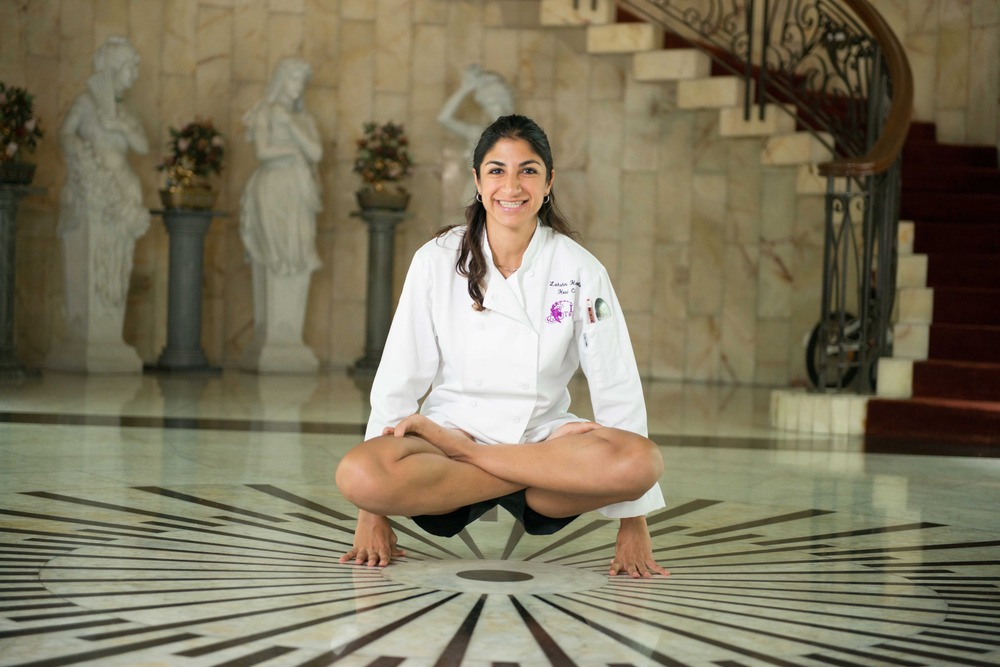 Head chef Lakshmi has been an Ayurvedic Nutritional Therapist for almost ten years and set up her company Love True Food in the hopes of sharing her knowledge and passion of 'true food' to the world. We caught up with her to get a basic introduction into Ayurveda. If you're interested in learning more, we have a Wellness Weekend event coming up where we will practise Pranayama breathing techniques, learn how to make a dish from chef Lakshmi and enjoy a three course Ayurvedic lunch. 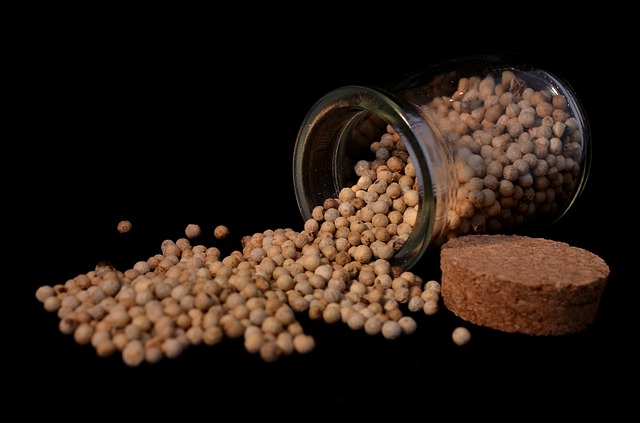 From a technical viewpoint, ‘Ayur’ means knowledge and ‘Veda’ meaning life. Thus Ayurveda is translated as “the science of life” or living. If broken down, Ayurveda teaches us how to live according to the environment, both internal and external. Fundamentally, the Ayurvedic medicine approach recognises that each of us is unique and must find our own way towards a life of balance, peace and unity with ourselves and the entirety of the universe; from the macrocosm to the microcosm.

Being the oldest system of medicine in the world (1500BC), the basis of Ayurveda states that we are whole beings, not functioning as separate, and our bodies function as a whole and dynamic system. With this in mind (or at heart), Ayurveda encompasses a ‘bioenergetic system.’ This means that it’s strengths are based on “the meticulous observation skills of the ancients. A recording from the ‘rishis’ with their relationship between themselves and their environment. 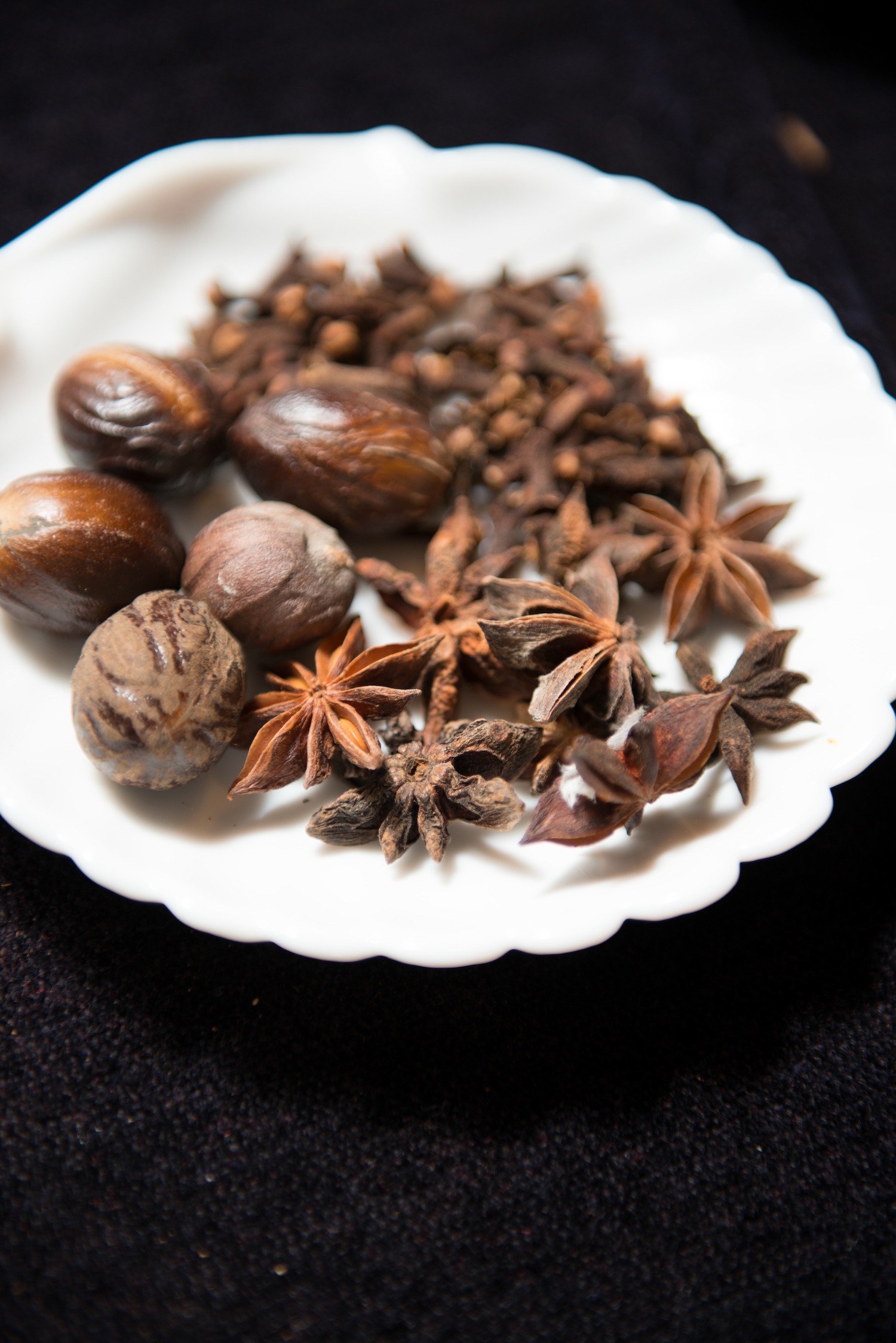 Both systems view the human body as a whole, being composed of emotions, mental thoughts and a spiritual side, not to mention the physical matter. Already the methods of diagnosis are very similar between Ayurveda and Chinese Systems, namely pulse and tongue diagnosis. Yet if we trace back for centuries, both methods have traditionally been passed down for thousands of years and they exist in two corners of the world. Of course, this ancient knowledge could be from the same source, but expressed differently, just as an artist expresses creativity uniquely.

The English translations are mainly from the Chinese systems, yet both systems concentrate on the energetic aspects of our human physiology, namely the fact that we are full entities composed of vital energy, otherwise known in Ayurveda as ‘Prana’ and Chinese Medicine as Chi. In Yoga and Ayurveda this idea of the subtle pathways known as nadis and srotas is exposed, especially in many pranayama and kundalini practices and texts. Whereas the meridians, as they are called in TCM are also referred to.

Another similarity is the fact that both systems focus on the five basic elements that come to form three humours. In Ayurveda these exists as air, water, fire, earth and ether, whereas in Chinese philosophies they are referred to as wood, fire, earth, metal and water. The Five Element Model is used to diagnose a unique constitution and basically structure and make sense of the human body. Although both systems sound a little different, the basic concept is the same; these five elements maintains life from which all tissues are derived. This means that these five elements are what we human beings are made from, they manifest within us ‘from the macrocosm to the microcosm.’ 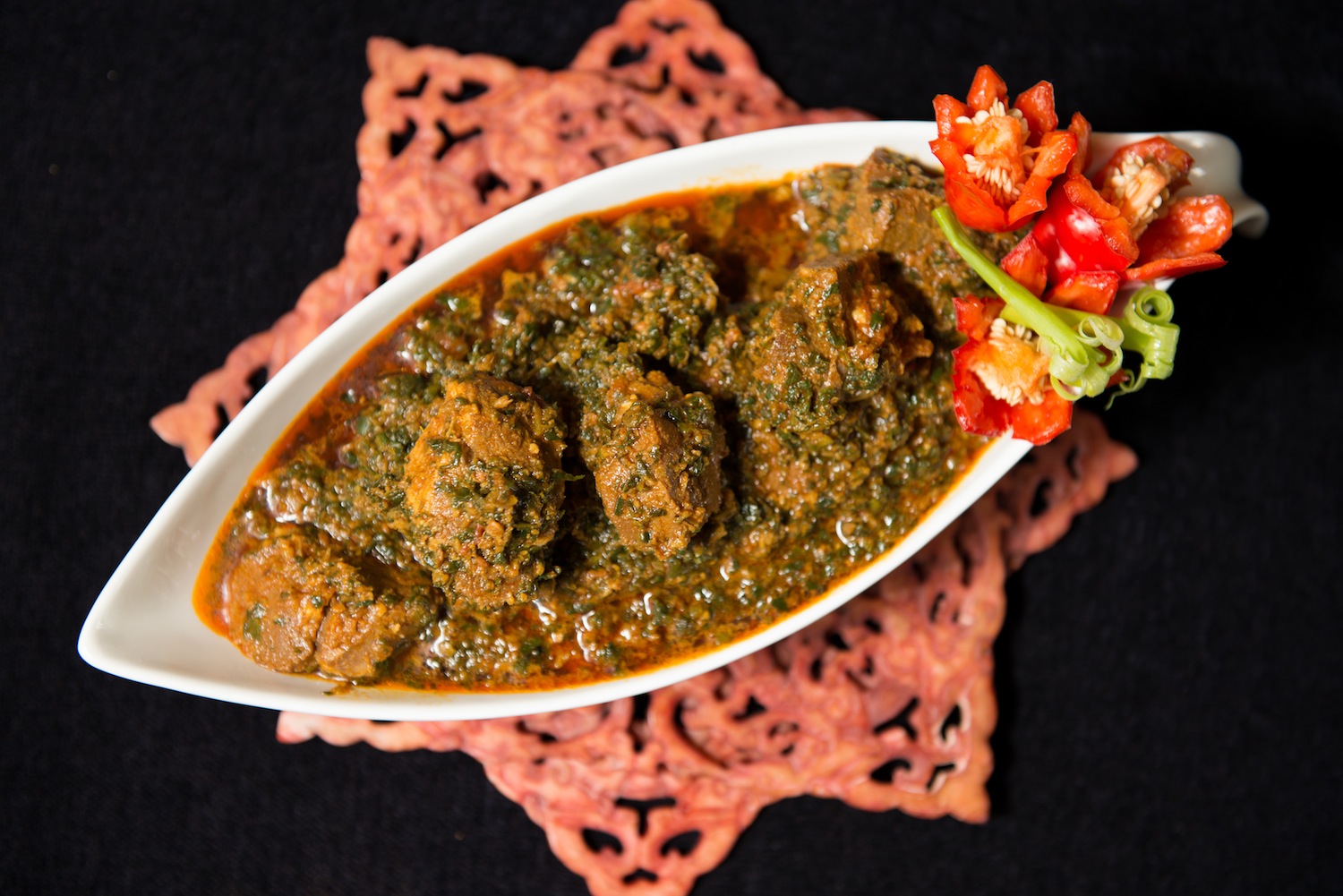 The primary substances in the Ayurvedic system are Prana (life force), Subtle Fire (Tejas) and Essence (Ojas). These expressions manifest from the five elements, but are the pure versions of it. From this develops the actions of ‘digestive’ and ‘metabolic’ activity that goes on to create the seven ‘dhatus’ or substances known as lymph, blood, tissue, fat, bones, marrow and reproductive tissue. Dhatus are structural blocks of the body. Similar to the Ayurvedic systems, the Chinese systems also maintain that the five elements are named as Chi, Blood, Fluids, Essence and Spirit. These all are reflected from the five foundation elements that comprise the universe. It goes onto state that all the elements are reliant on each other for survival. In addition, the elements can cause disruption or balance onto each other depending on how they are applied. The five elements, according to Chinese philosophy, are able to relate substance with specific tissues, organs and structures of the human body. So instead of Prana, Tejas and Ojas, in the Chinese systems there is Chi, Yin and Yang. *Thus when talking about Vata, it can relate directly to Chi, Pitta to yang and Kapha to Yin.

Again, both systems state that dis-ease or illness can arise from the external environment or the internal environment. Namely the ‘conditioning precipitating factors’. However, and this is where two systems differ, Ayurveda focuses on digestive capacity as the seed for optimal health, and everything is traced to the digestion, whereas in Chinese systems, more focus is intended for the external climate and endogenous organ causes from disease. This is worth to understand in more depth.

Is there such thing as an Ayurvedic lifestyle? 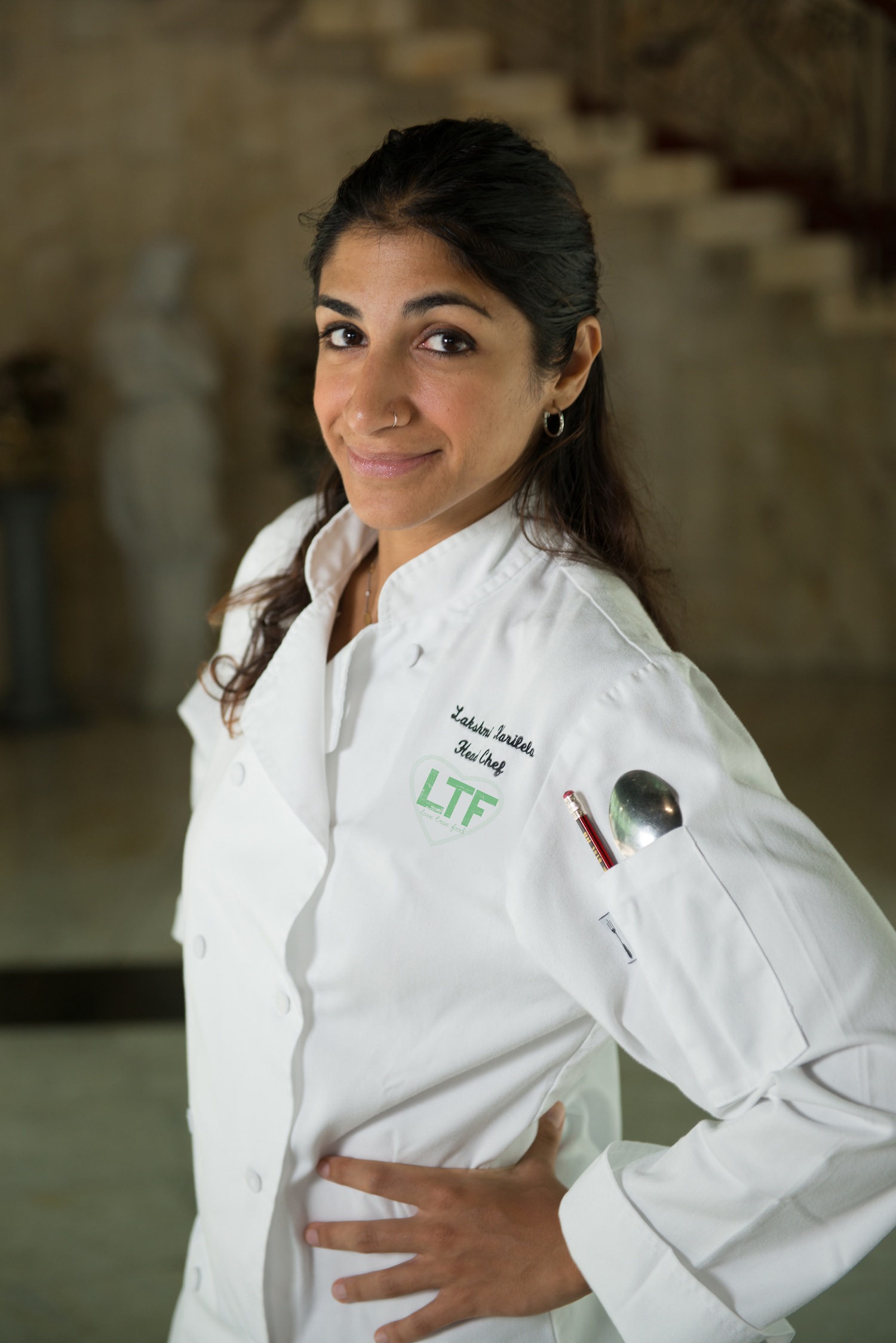 YES Absolutely. Depending on your genetic code (prakruti) and imbalance currently (vikruti) one can adopt a routine, adhering to exercise, diet, breathing techniques, daily massage and emotional wellbeing and stress management. An Ayurvedic Therapist can prescribe this as well as some simple yoga techniques for your individual constitution.

Prakruti and Vikruti are examples of permanent and temporary states of being, so to speak.  With regards to Prakruti it refers to a  a permanent constitution, one that you were born with that never changes. It is a blueprint. “It is who you are, it is what you were born with and it defines everything that you do, how you act and how you feel.” (Mastery of Ayurveda, 1998).

The best way to understand this in relation to the inner and outer ecology, is to note that there is a never changing constitution known as a Prakruti and one that changes according to the ‘golden present’ or the NOW, known as Vikruti.

With many of my clients, they come to see me for a full nutritional analysis and I give them recommendations that they can adhere to to offset certain imbalances. The notion that ‘like attracts like’ is the basis, and quantifying the imbalance can help maintain homeostasis in the body, mind and emotions, as well as considering the outer environment.

What are some misconceptions about Ayurvedic medicine? 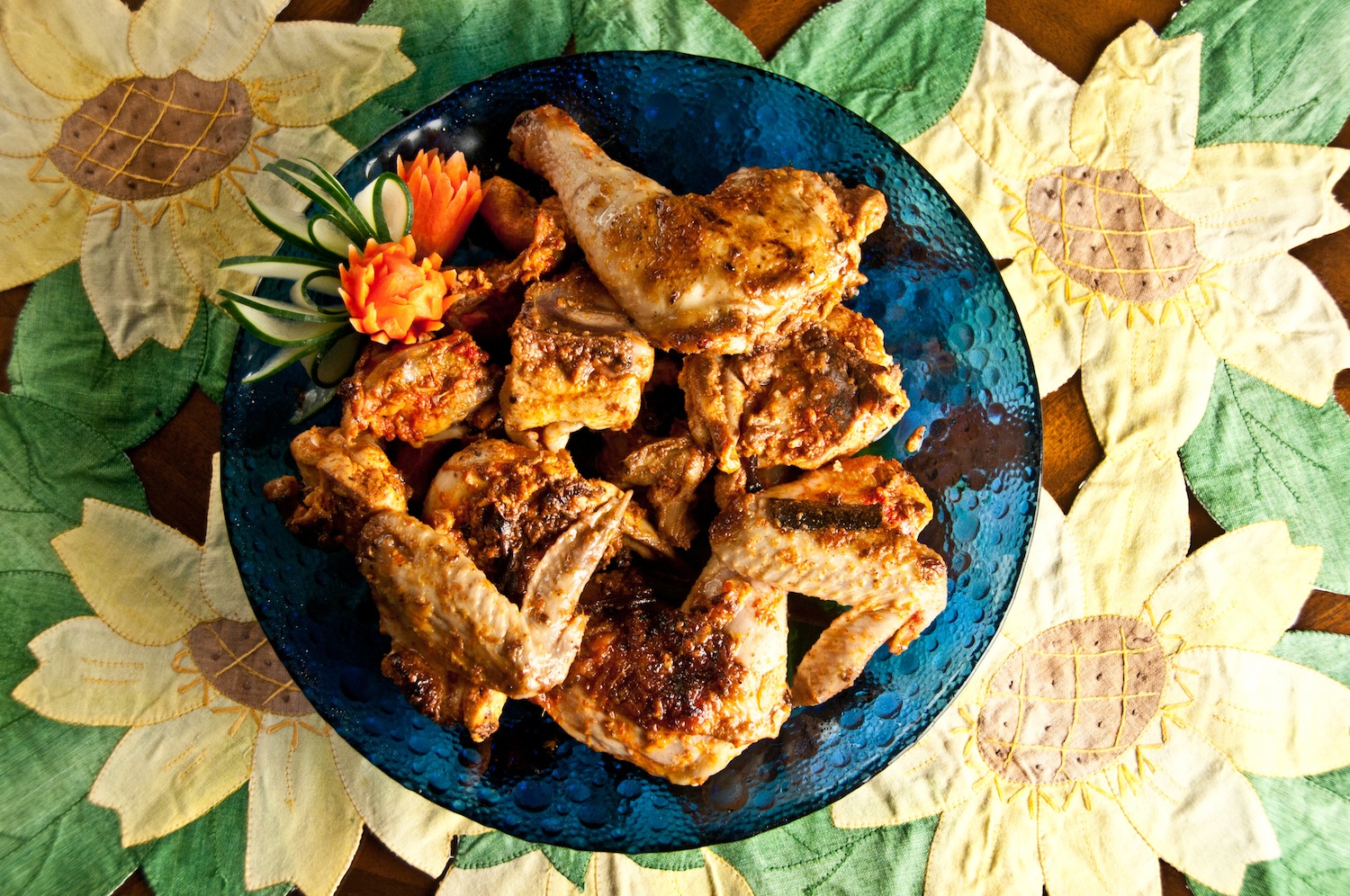 That it is based only on a vegetarian diet; actually Ayurveda treats every substance as equal, there is no good and bad. Usually in a Western context, people want a ‘one size fits all’ diet or regime. This precept comes to an extreme halt in terms of Ayurveda, as an individual ‘uniqueness’ determines what’s right for you personally. One person’s poison is another’s nectar. Coffee is not bad, it all depends on how it is used. In the Western world, there is a misuse of various substances and this is from a lack of understanding. Ayurveda is the most accurate system because it is based on observations from the external and internal environments and really adapts prescriptions based on the individual needs.

We have teamed up with Living Alive to bring to you a series of foodie health conscious events. Our launch event is in collaboration with Hersha Yoga and Love True Food for a day of SUSTAINABLE VITALITY where we will meet for an Ayurveda, Digestion & Pranayama workshop followed by a cooking demo and lunch to introduce Ayurvedic cuisine and yoga breathing techniques.

10am to 11am - Introduction to Ayurveda and Digestion