Aqua takes a fresh take on a humble salad, offering new flavours and textures to satisfy the palette

When considering salads, one may study a list that includes 'leafy greens' or a 'superfood salad' which almost sings a ballade of boredom.

Why pick a salad when there is a vertiginous array of other dishes to choose from? We understand. However, what if we can convince you there is a whole new world (cue Aladdin) to having a salad? We are talking a pistachio lobster salad all the way to tiny aged-balsamic ‘caviar’ balls that pop in the mouth.

Newly appointed Italian Executive Chef at Aqua in TST, Paolo Morresi, wanted to bring a new light on salads by using innovative ingredients that will blow us away from the everyday concept of a salad.  Chef Paolo tries to capture the freshest elements from Italy by incorporating different ingredients that threatens to whisk one to a summer's day in the Italian Mediterranean.  The essence to Chef Paolo's salads is to beat our flawed understanding of salads being tasteless, with limp lettuce, tasteless tomatoes and vinaigrette that just won't stop. A lifeless salad with a beautiful harbour view of Hong Kong, who would want that? 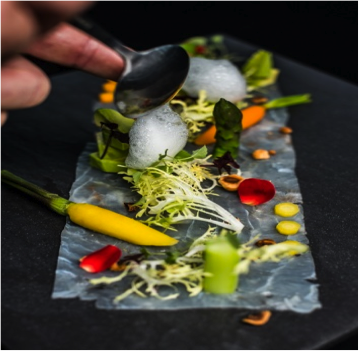 The second salad is Aqua's parma ham and arugula salad ($268), which is served with Burrata cheese, artichoke and aged balsamic caviar.  The ham and the burrata are both sourced directly from Italy, which allows you to taste the local and fresh Italian ingredients that Aqua can offer.  This was perhaps our favourite of all four, the creamy novelty of the burrata pleasurably enlacing with the spicy rocket and seasoned magically with the caviar. 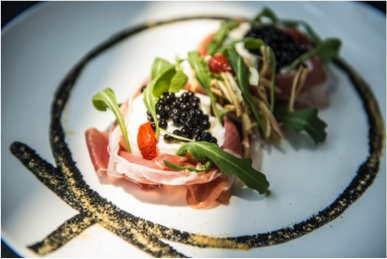 Thirdly, the farro and Bronte pistachio lobster salad' $288), comprises of an Australian lobster served alongside sweetly-glazed sweetbreads, on a bed of the traditional Italian nutty grain farro.  This would be the choice for those who are after a low-gluten salad. 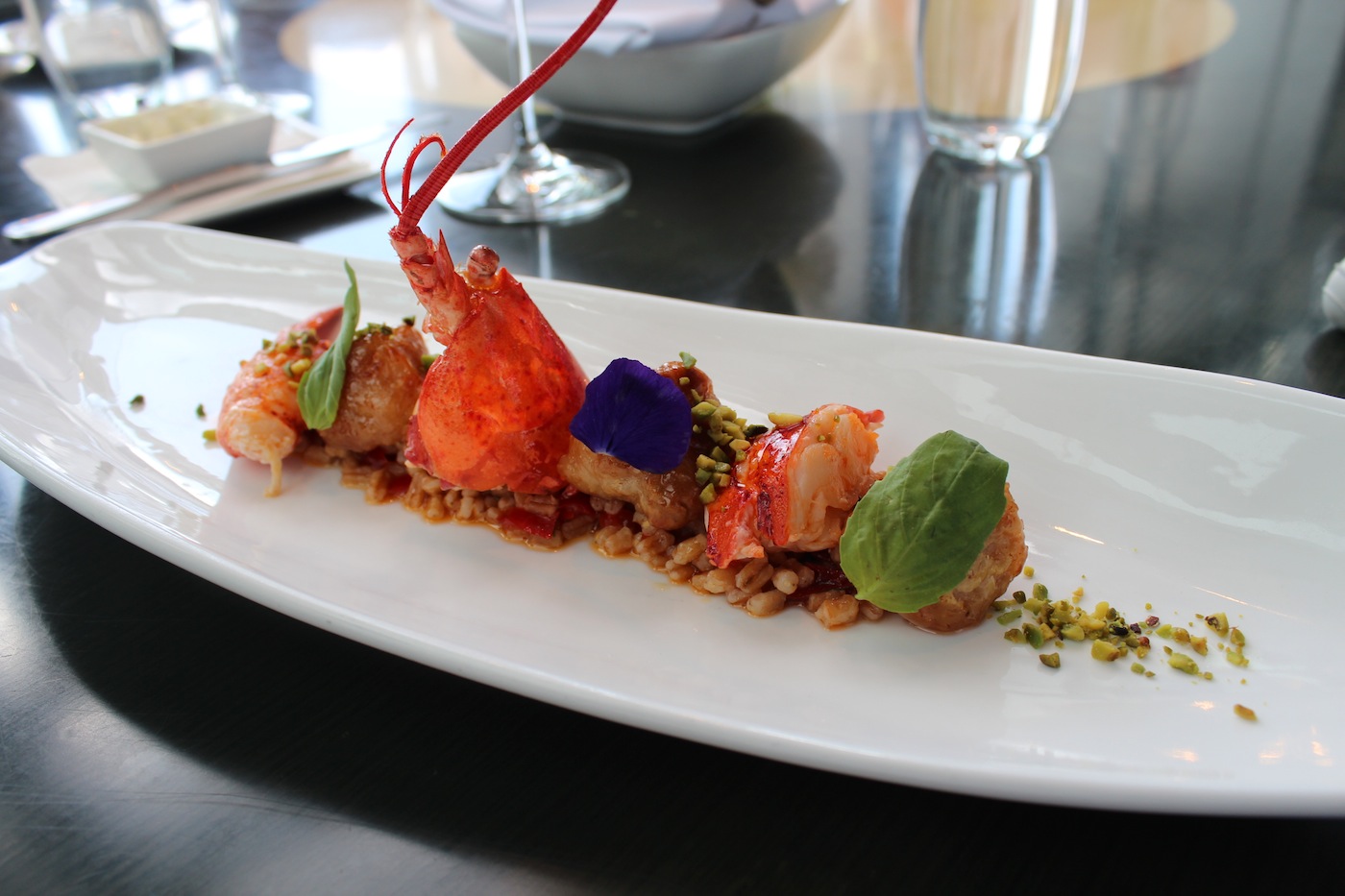 Finally, the orange mushroom and sliced apple on pork leg cubes made of fresh parsley, raisin and pine nuts served with apple sauce ($218). The dish offers ingredients that you wouldn't expect - of course a good expectation - such as nuts, fresh herbs, vegetables and finally, the mouth-watering 12-hour slow cooked pork which is encased in a small cube to pop in your mouth. These little parcels are paired with apple sauce; it may seem traditional, but it has flair and visual mastery from Chef Polo's magic touch. Although a little dry when we tried them, the flavours were wowing. 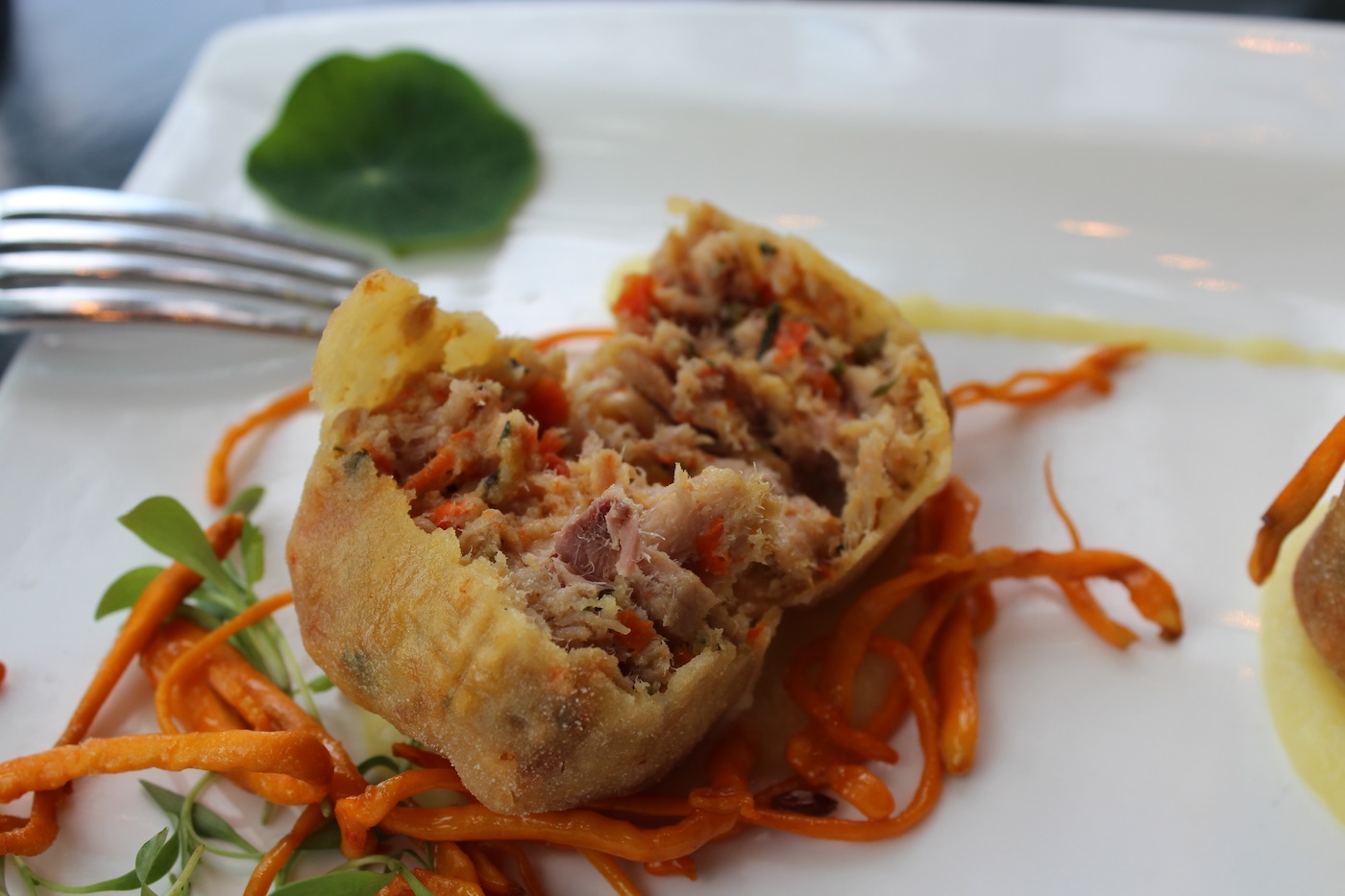 Polo comments: “I want to refresh the idea of salads in Hong Kong. In Italy, if you can prepare salad well, it shows the calibre of your kitchen. My insalate are authentically Italian, 90 per cent of the produce we use at aqua are sourced directly from Italy – but served in an innovative way. Aqua’s insalate are honest! That is why we named our salads ‘Insalate Nostrane – Honest Salads’. They are full of flavour, and truly leave you feeling happy as well as satisfied.” 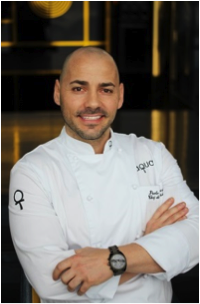