​​"In​​ the future, plastic becomes the most popular snack"

All the fish are bereft;

Not a soul is left."

This poem, adapted from "The Rime of the Ancient Mariner" by Samuel Taylor Coleridge, lays the cornerstone and namesake for the visual installation by Michelle Kuen Suet Fung, who just received The Grotto Award in Studio Arts and Extended Media, at the HKBU Masters of Visual Arts Graduation Exhibition 2015.

Related: Find out who is doing sustainable seafood right

Upon arrival, visitors are bathed in a red light alert and captured by the biggest central piece: a "futuristic" hot dog spanning several meters wide. The hot dog introduces the tone and timeline of the prophetic dystopian story. The toxic menace of plastic consumption towers not only for wildlife but also for children, in a world not so far away.

One scene illustrates a G5 Summit in 2048, where China asks “if animals can learn to eat plastic, why can't children?” The question is met with an array of plastic snacks, such as plastic chocolate, plastic biscuits, gasoline juice and so on.

The mixed media artwork is presented in a series akin to comics, however the scenes are intentionally sporadic and perforated. Fung describes her installation as a buffet, as well as the murals on the walls of Dong Huang. 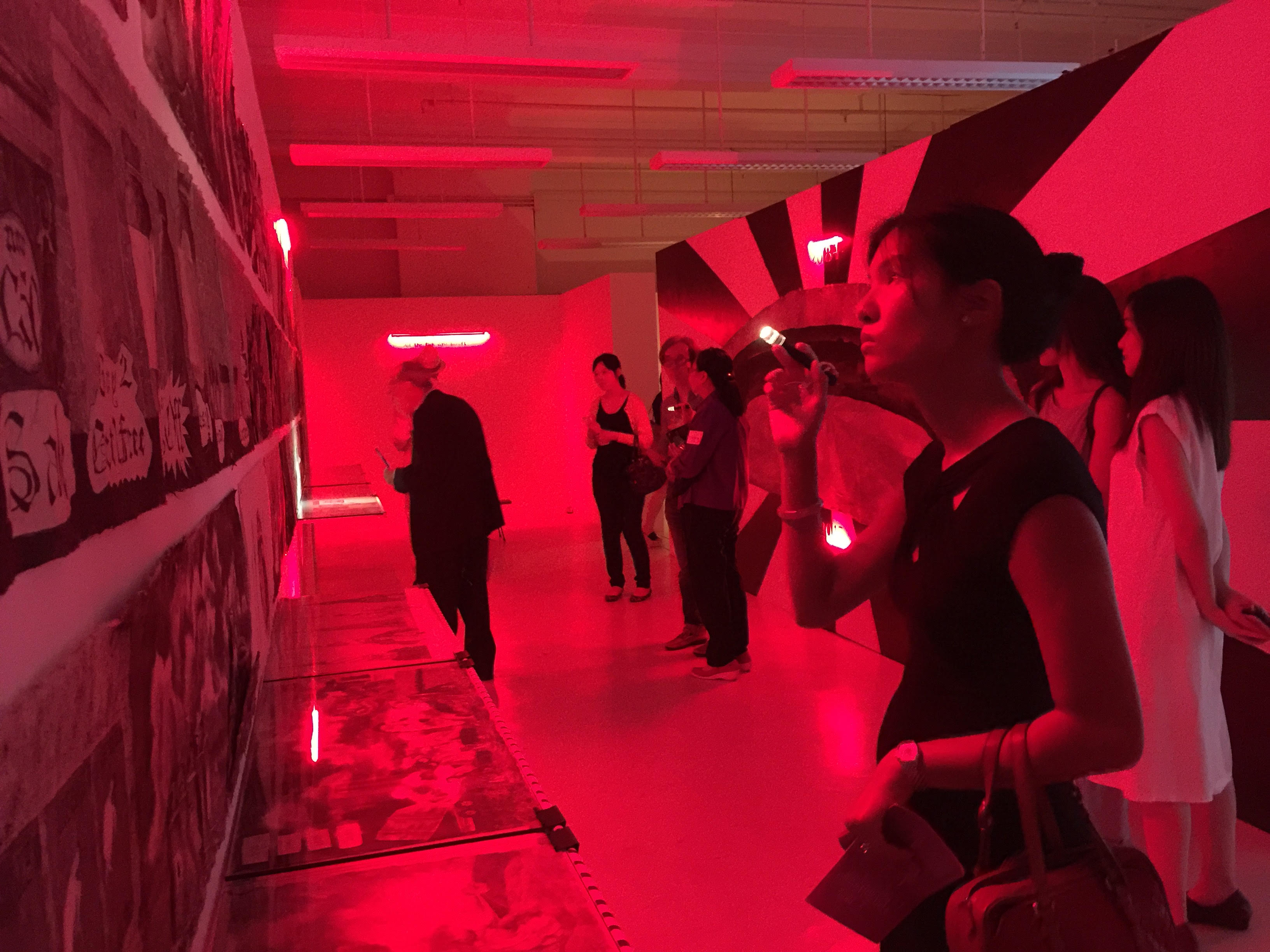 "Visitors are encouraged to use the torch lights provided or their mobile phones to sample the story in piecemeal."

Today, only 5 percent of all plastic waste is recycled, and the majority of it ends up in nature. The 5 gyres are filled with plastic debris from the polar region to the equator (Greenpeace, 2011). Not only is plastic debris practically non-degradable, but they also attract animals to eat. "At least 267 different species are known to have suffered from entanglement or ingestion of marine debris including seabirds, turtles, seals, sea lions, whales and fish." How are animals surviving a plastic diet right now? The tragic endings are captured in a film by Chris Jordan, MIDWAY, a documentary about plastic debris inside the corpses of juvenile seabirds.

Those interested to hear the complete “plastic, plastic, everywhere.” story will be satisfied by the third part of the exhibition: the contemplation corner, where a recording of Fung's narrative provides the full picture. The take home message for visitors would be this:

How far would you go and sacrifice for the sake of convenience?

On the day of our meeting, Fung did her groceries at the wet market without the use of any plastic bags.