Another Korean fusion restaurant, but this time, VCNCY doing it right

Having previously lived in Korea for two years and developing an addiction to the cuisine, I experience extreme Korean food cravings more often than not. I’m constantly on the hunt for legit Korean fusion, so I was very keen to try out the new kid on the block, VCNCY (pronounced Vacancy, no need for vowels in this establishment!).

VCNCY has a cooler than cool shipping container exterior adorned by neon lights and is perched at the bottom of the steps on Peel Street. Greeted by a small, casual bar at the entrance, we ordered some cocktails with a very Korean twist; the Kimchi Bloody Mary and the Makgeolli Sour. The Kimchi Bloody Mary is made with garlic and herb-infused soju and although a lot of people doubt it, Kimchi and Bloody Mary mix is a match made in heaven. The intense tang of kimchi coupled with its spicy punch really complements the tomato juice. As a big fan of Makgeolli (Korean rice wine) I enjoyed the Makgeolli Sour although it had a slightly watered-down taste. Both drinks were pretty and neatly presented though. 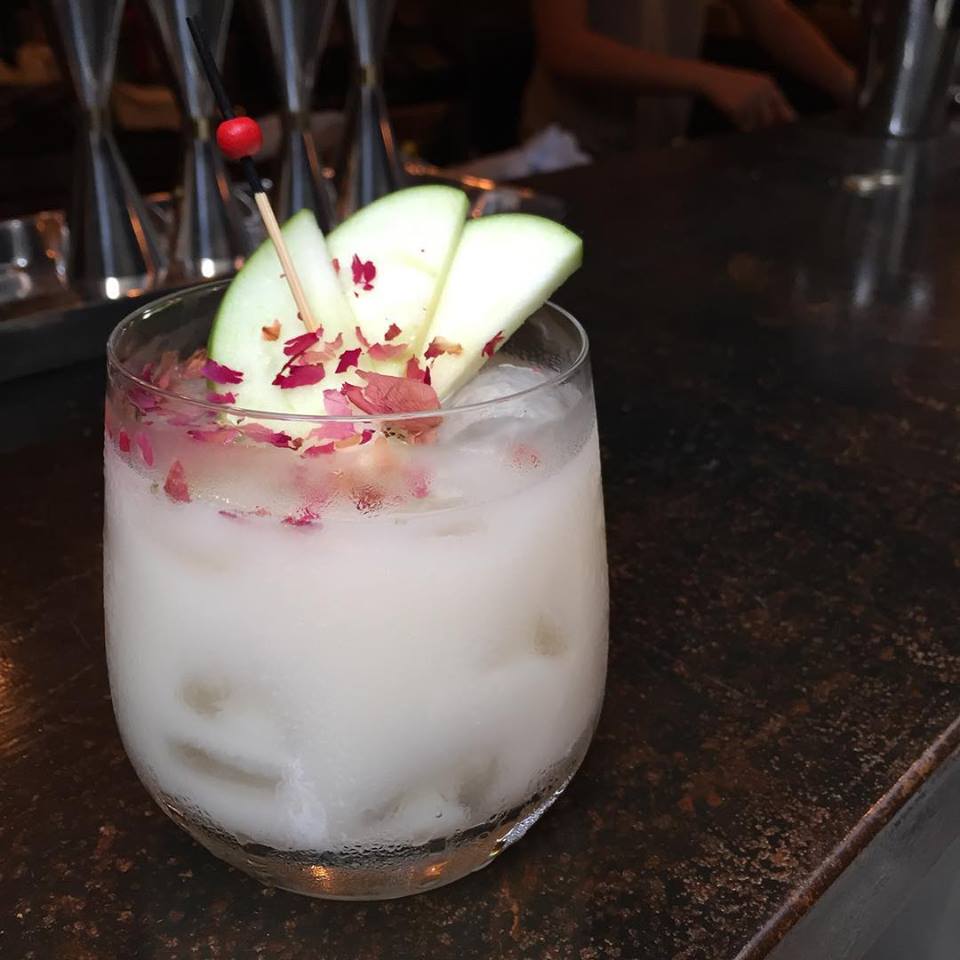 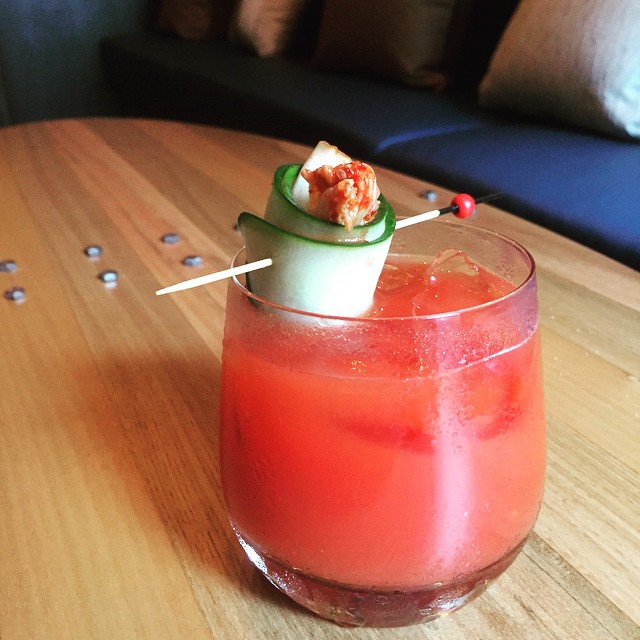 When we got to our table we were greeted by an ambient interior with lots of wood, wrought iron and exposed brick work. The mini gas lamps on the table were a cute, intimate touch too.  We ordered the deep-fried stuffed green peppers, which were incredible, and we proclaimed them to be like ‘posh jalapeno poppers’. The peppers had just the right amount of spice and were stuffed with a creamy bacon and cheese mix, all encased with a light tempura batter. I could’ve eaten these all night if it was deemed socially acceptable. 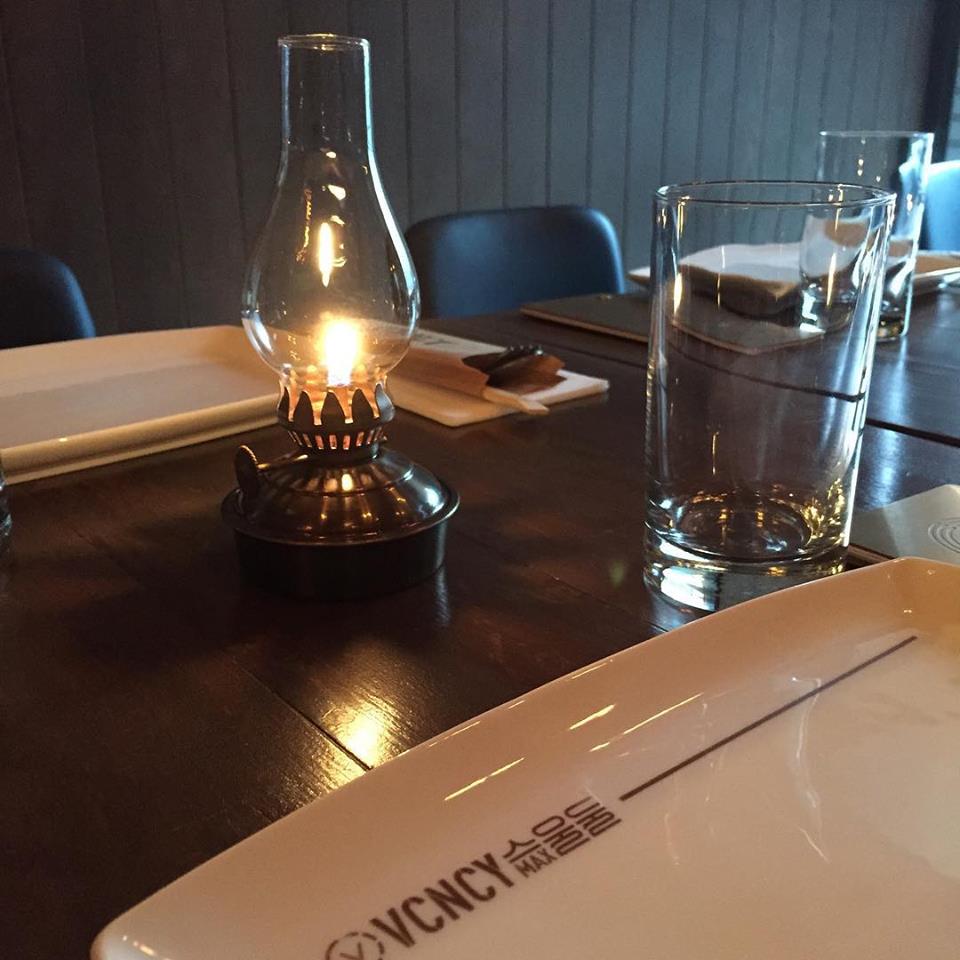 We then went for the ‘Lunchbox’, a dish I would regularly eat whilst living in Korea, which usually is served in a retro metal box. The dish consists of kimchi, fried egg strips with the VCNCY addition of tender chunks of Wagyu. The dish fulfilled my cravings as it reminded me of ‘home’, especially as it was served in the authentic metal box. We ended with the rice cake and cheese, which was like the Korean answer to mac ’n’ cheese. The chewy rice cakes were drenched in a cheesy cheddar and Gruyere sauce and topped with tender, salty pork neck slices and I am not ashamed to admit I scraped every last bit of sauce off the skillet!

We were completely won over by the staff kindly giving us a sample shot of the infused soju they use in the Kimchi Bloody Mary and their newest soju which is chocolate infused and amazing, poured from traditional Korean metal kettles. VCNCY appears to have attracted an enthusiastic and varied crowd, many of which complimented the staff on the stellar playlist of music pumping through the speakers. The staff were really attentive and appreciated our feedback as VCNCY is still in its soft opening phase. The prices match the quality and $85 cocktails are almost unheard of in Central these days, which makes it a great spot for cheap drinks too.

Having visited a lot of the Korean fusion restaurants in Hong Kong and being a little disappointed, I can safely say that VCNCY stands out of the ever-growing crowd. It commits to Korean elements and doesn’t try to westernise any dishes to a point where the Korean taste is beyond recognition. VCNCY is effortlessly cool and puts a modern twist on much loved Korean dishes and does it extremely well.

British expat in HK. Gallivanting the world and living to tell the tale.