It’s half price wine time at Chom Chom on Peel St. Actually, it’s a bucket of Vietnamese fried chicken time. No no, it is $68 Vietnamese beer and banh mi time. Pah, it’s all of these, and it’s 4:00pm – 6:30pm every Wednesday to Sunday. 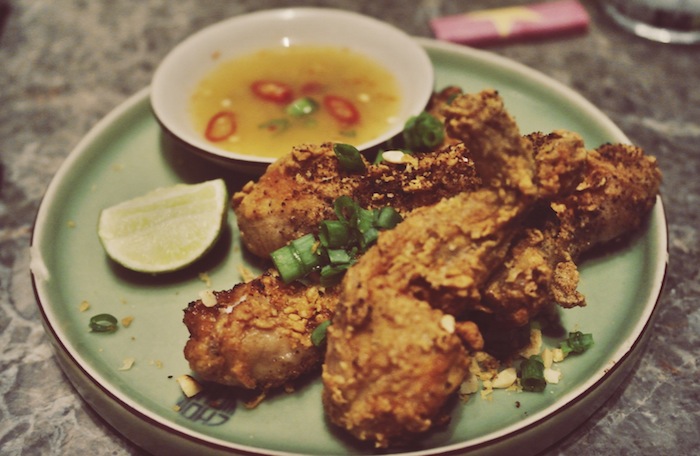 Chom Chom is one of the most happening Vietnamese restaurants about this city at present, and their Hanoi Happy Hour is very good. We highly recommend taking advantage. They use all fresh ingredients and so there are always a heap of specials available too. For example, when we visited, head Chef Peter had found some lily blossom and so he threw them into a stir-fry with red onion and the most savoury of sauces. This is highly characteristic of Vietnam. 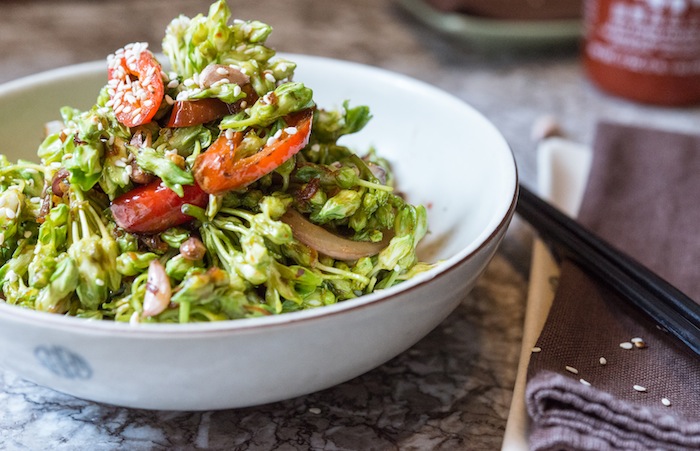 Chef Peter’s story is a great one. Having come from a small village outside of Dalat in central Vietnam, Peter was deeply affected by war. As a teenager, he escaped as a refugee and was adopted by an American family in Chicago. Peter worked hard, and despite his initial lack of English language skills, excelled in school and was accepted to the prestigious Yale University. Peter worked as an investment banker for Morgan Stanley after graduating, but left in 2008 to pursue his passion for the culinary arts at Le Cordon Bleu, which led him to train in some of the best kitchens in the world. Thankfully for us, he is now bringing all that goodness to Peel St! 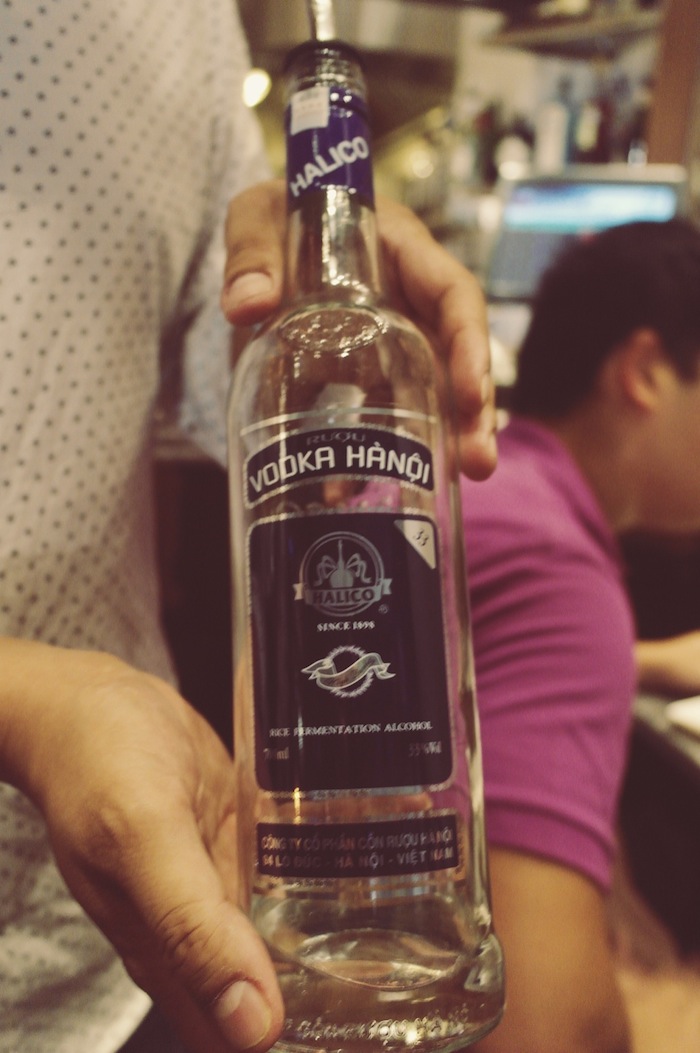 VODKA MADE IN HANOI

Back to the food and wine, from Lebanon, and the cocktails. They stock a great vodka from Hanoi, which is used in some killer cocktails like the Far East Smash which consists of sugarcane-infused vodka, lemon, and mint ($98). Another cocktail favourite was the South China Sea Iced Tea, with rum, Vietnamese tea, brown sugar, and mint ($98). The Chom Chom speciality wine is half price during the happy hour, hours. But the food, the FOOD! It’s absolutely delicious and a real turn away from the classic ‘bar snacks’ you would normally imagine, that are heavy, greasy and usually laden with processed cheese.

With no compromise on smack-you-around-the-head flavour, the menu options are specially crafted to match your drinks, mollycoddle your wallet, and produce an authentic Bia Hoi (a lively Vietnamese tradition of sipping beer on busy street corners) experience. The ever popular VFC (Vietnamese fried chicken) is a must (especially as you only pay $88 for a bucket, which is the cost of a small plate normally), and if there are any crispy frogs legs on special you simply mustn’t let them go by. Frogs legs have a milder flavour than pork but the consistency of chicken, and make for a perfect draught accompaniment! They’re served with a little fresh lime and nuoc cham for that added kick, but coated in a simple yet flavourful salt and pepper batter that allows the taste of the frog to sit pretty on the palate. 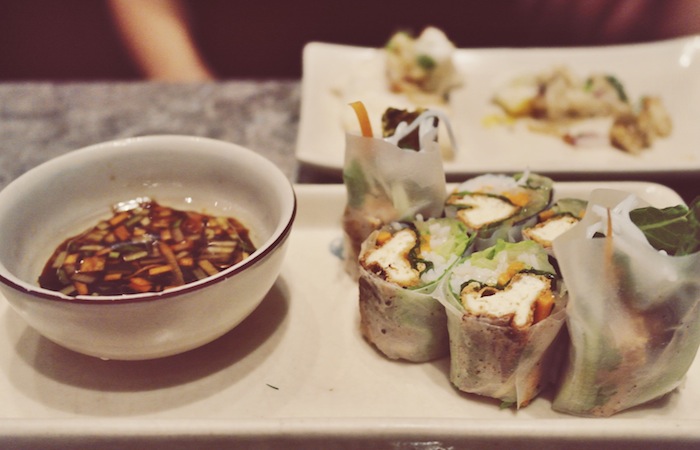 Vegetarians fear not! You will be well looked after also, with fare that has been passed down through the dynasties. Their rolls are fresh and interesting, filled with fresh vegetables and proteins. Our personal favourite was the tofu rice paper roll, which held within its tightly wrapped translucent skins seasonal vegetables, tofu, nori seaweed, vermicelli, and shiso ($78) with an overly dippable soy and onion sauce. The show stopper came in the form of corn though. Not just any corn however, Sriracha grilled corn, with sesame, spring onion, and Sriracha herb butter ($48). You can feel really good about yourself when you eat this, because look, vegetables! 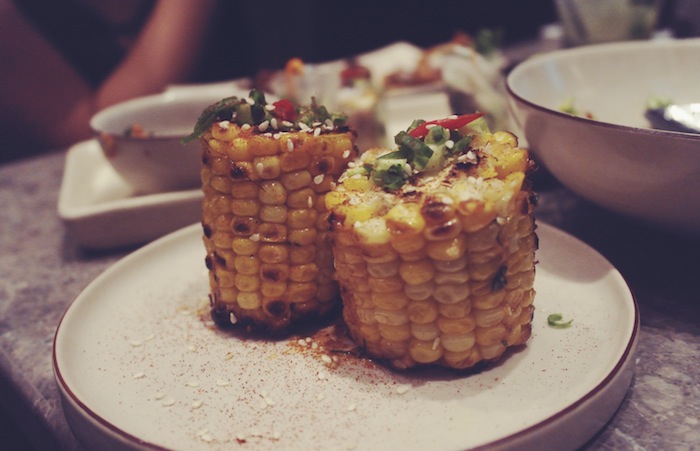