Walking into Le Pan is a truly a one-of-a-kind experience. The reason for this is the stark contrast between the actual restaurant and the neighbourhood in which it is situated: a low-rise, industrial area about a 10-minute walk from Kowloon Bay's Telford Plaza. As the sun sets and offices are emptied, the area becomes something like a ghost town. Compared to the tireless bustle of Central and Wanchai, the lack of people is refreshing.

Goldin Financial Global Centre – the home of Le Pan, as well as several other restaurants – is easy enough to locate: the height of the building and its gleaming lobby differentiate it from its barely lit neighbours. Le Pan's white marble interior, decked out with crystal chandeliers and floor-to-ceiling windows, makes the 10,000-square-foot space look more like the inside of a Beverly Hills mansion than a restaurant.

As we sat down, we silently prayed that the food would taste as good as the restaurant looked. Spoiler alert – we were not disappointed. 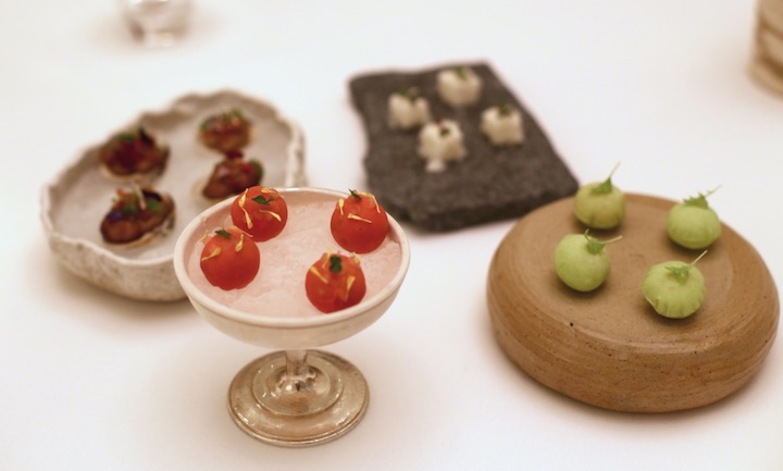 The canapés were the fruits of Chef Edward Voon's bold experimentation with contemporary French cuisine. Each came with an unexpected texture or flavour: a spherical shell made out of tomato purée, for example, cracked like chocolate in our mouths to reveal a cold tomato soup. What looked like mini lamingtons were actually spongy squares of Parmesan cheese. 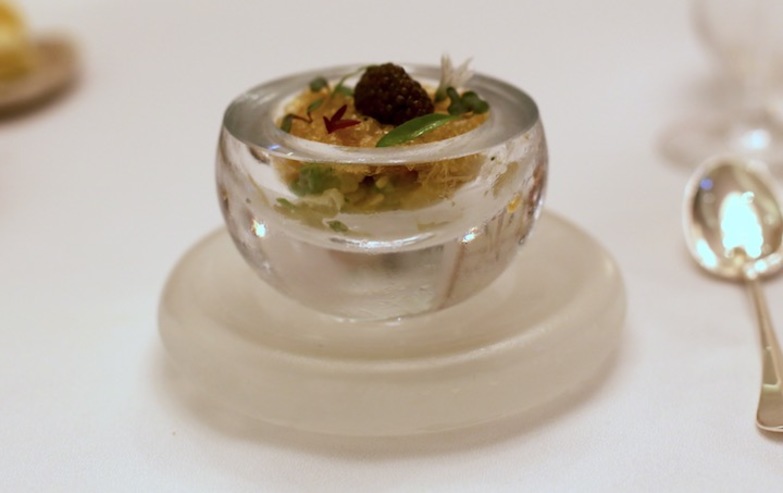 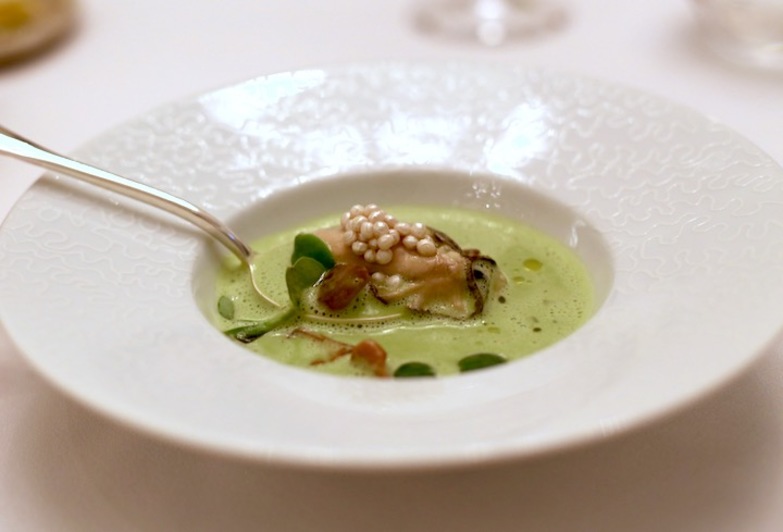 An unexpected crunch at the bottom of the velouté of watercress and Gillardeau oyster topped with silver tapioca pearls caught us a little off guard. Was this deliberate? 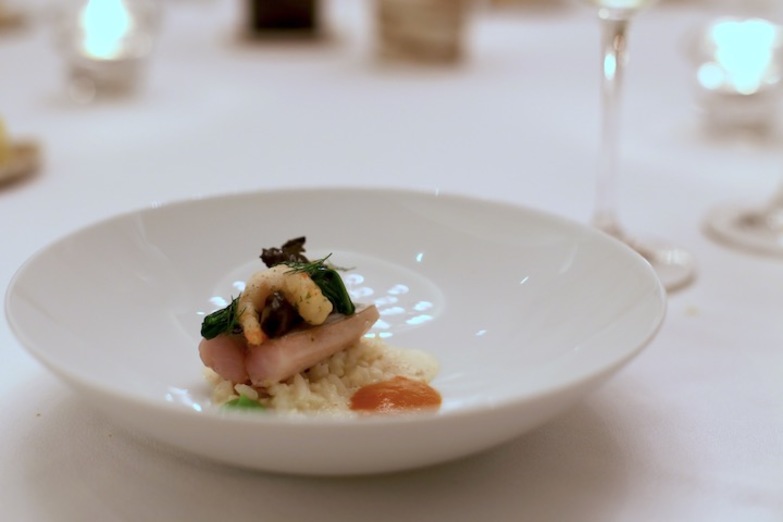 The Atlantic mackerel in brine with Nordic shrimp and black trumpet on cauliflower risotto was tasty. 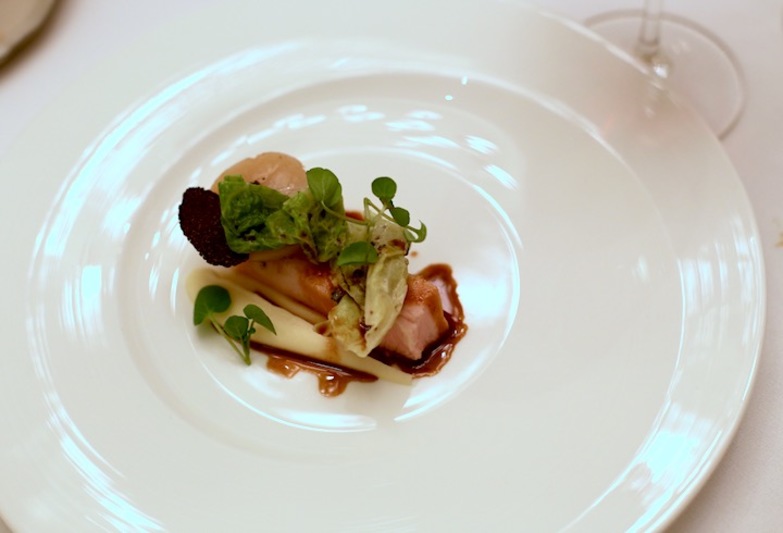 The supreme of Bresse chicken, perfectly tender, was topped with Hokkaido scallop and black truffle cabbage. We especially enjoyed the harmonising flavour of the parsnip pureé and the drizzle of shellfish poultry jus. This was one of my favourites of the night. 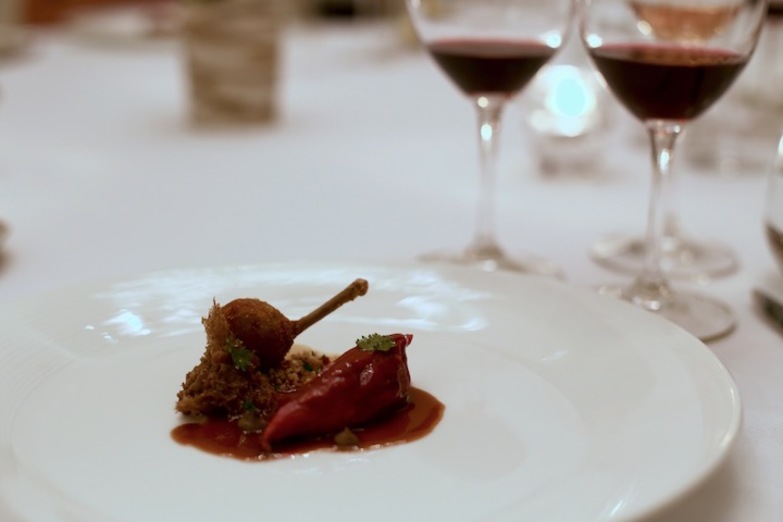 The royal pigeon au sang paired with fragrant quinoa, haddock mash and duxelles ably locked in all the flavour of the deliciously gamy meat. 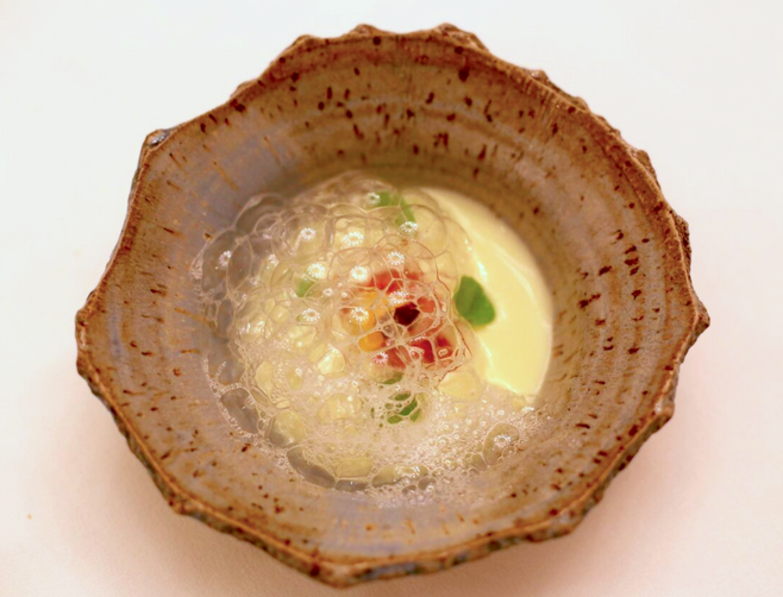 We're still trying to wrap our heads around what this sweet treat was. Ideas? 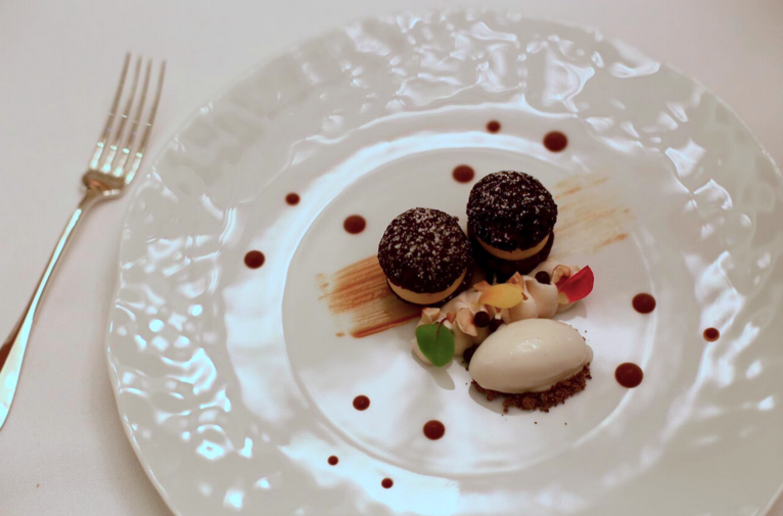 Thankfully, our dessert – Paris-Brest with tonka been ice cream – was much easier to identify (and delicious!).