"Where Rice Is The Hero" ArroZeria in Manila

We were craving for some rice.

There's often very little that we can use to connect culture through means of cuisine between Europe and Asia. We obsess about very different things with very different flavour profiles but there's one thing that connects the Philippines and its Spanish roots, and that thing would be rice. Filipinos, like the rest of Asia, live on rice as the main source of starch and what better represents the ties between Spain and the Philippines but the humble Paella that not only comes in so many different varieties but is also so well loved in the former colony.

Paella has been done here in there in many different variations within the country, but there was never one restaurant that really focused on making paella as their main star until recently. ArroZeria, the brainchild of the people behind Vask, which is known for being one of the innovative restaurants cooking up Spanish Cuisine in Metro Manila. The concept revolves around Paella that would be broken down into 5 different types such as the classic Paella, Caldoso, Risottos, Meloso, Fideua. The restaurant is headed by Chef Paco Bermudez of Valencia, Spain. They have worked with the International Rice Research Institute and was able to find local heirloom rice that was similar to the Spanish Arroz Bomba. 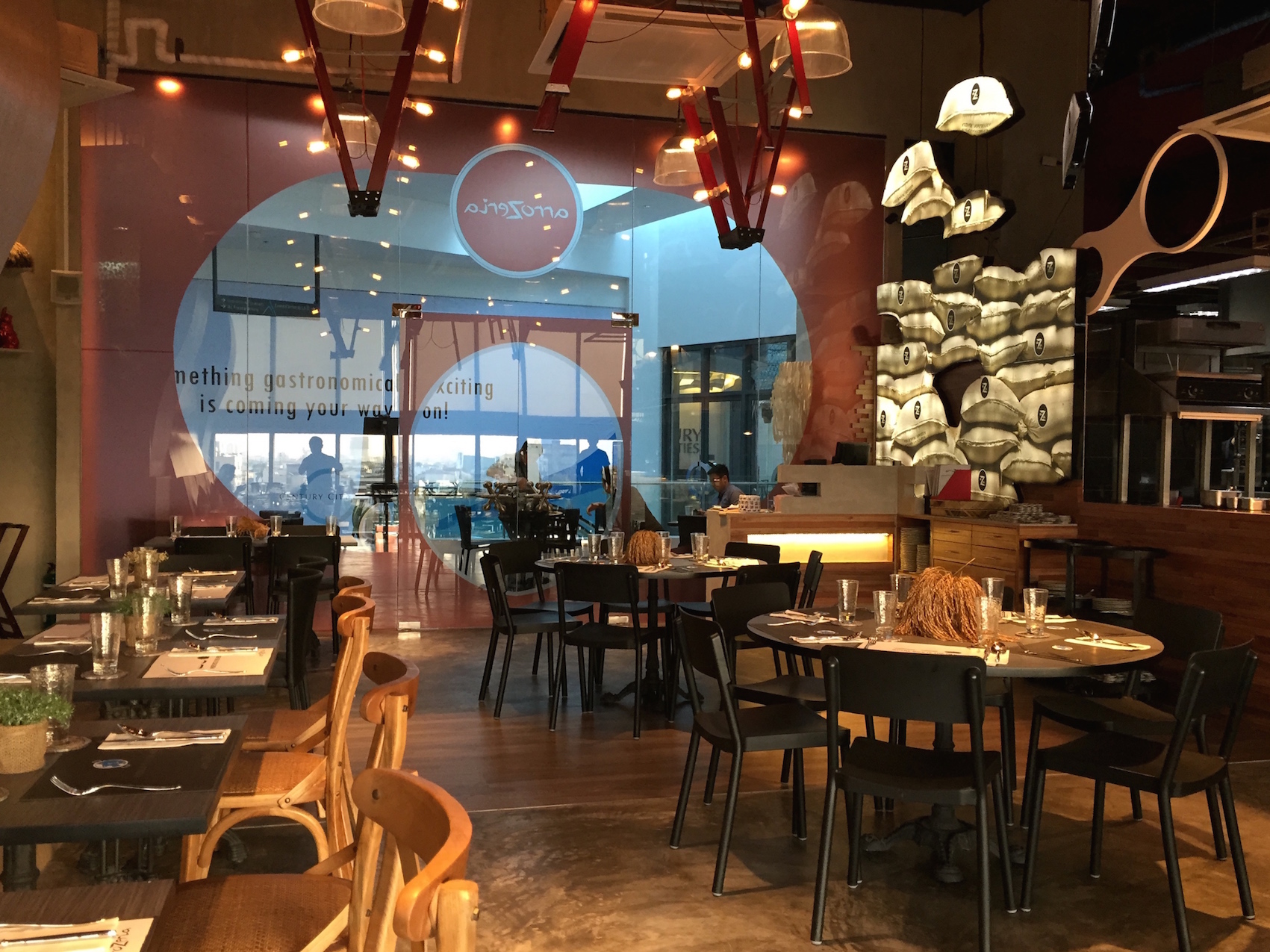 The restaurant has the whole industrial look going for it with hanging step ladders also serving as lamps and pictures of sacks of rice to further emphasize the concept. 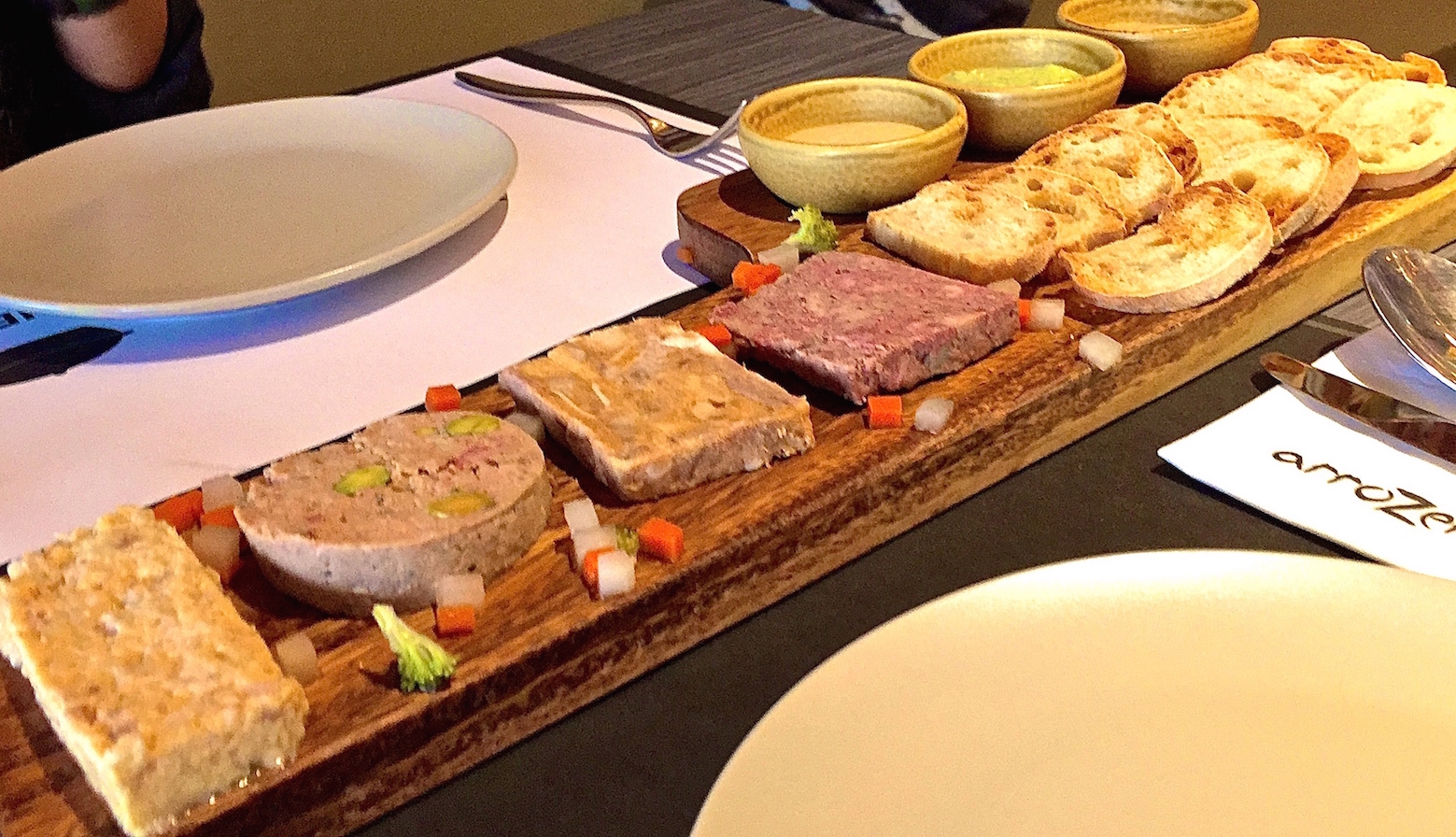 During our meal we spotted certain inconsistency with both food and service staff, This could possibly be due to being a new restaurant but i hope they get this sorted out soon. For our meal we had the Table de Pates - 395.00Php, which was just a delight to eat. It comes with four different pates with its corresponding sauces, this was a great way to start the meal as each pate was packed full of flavour. We also had Cochinillo - 650.00Php, it was served on a bed of garlic mash potatoes, to be honest you need not to experience this dish and continue on with the paella! 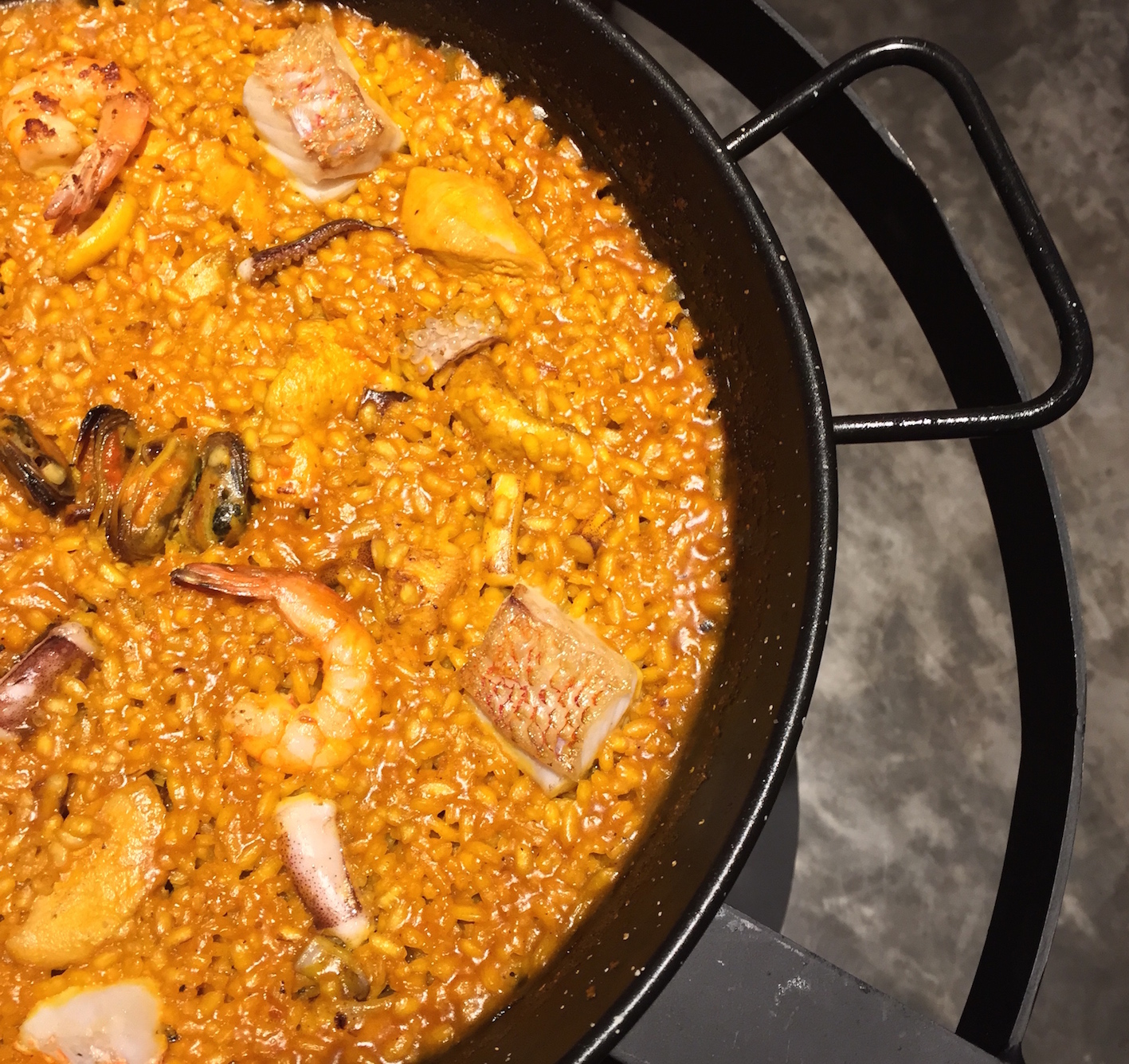 Now for the main event! We came for paella and we ordered two! First we tried the Abanda - 395.00Php, which had a variety of peeled seafood and i definitely recommend this dish! This paella had a nice clean flavour, which worked in harmony with all the seafood that was in it. Next we also had Pato y Setas - 375.00Php, this was paella cooked with duck and mushroom. This duck paella was a disappointment unfortunately with the really dry and overly salty duck, i wish i had foregone this order. 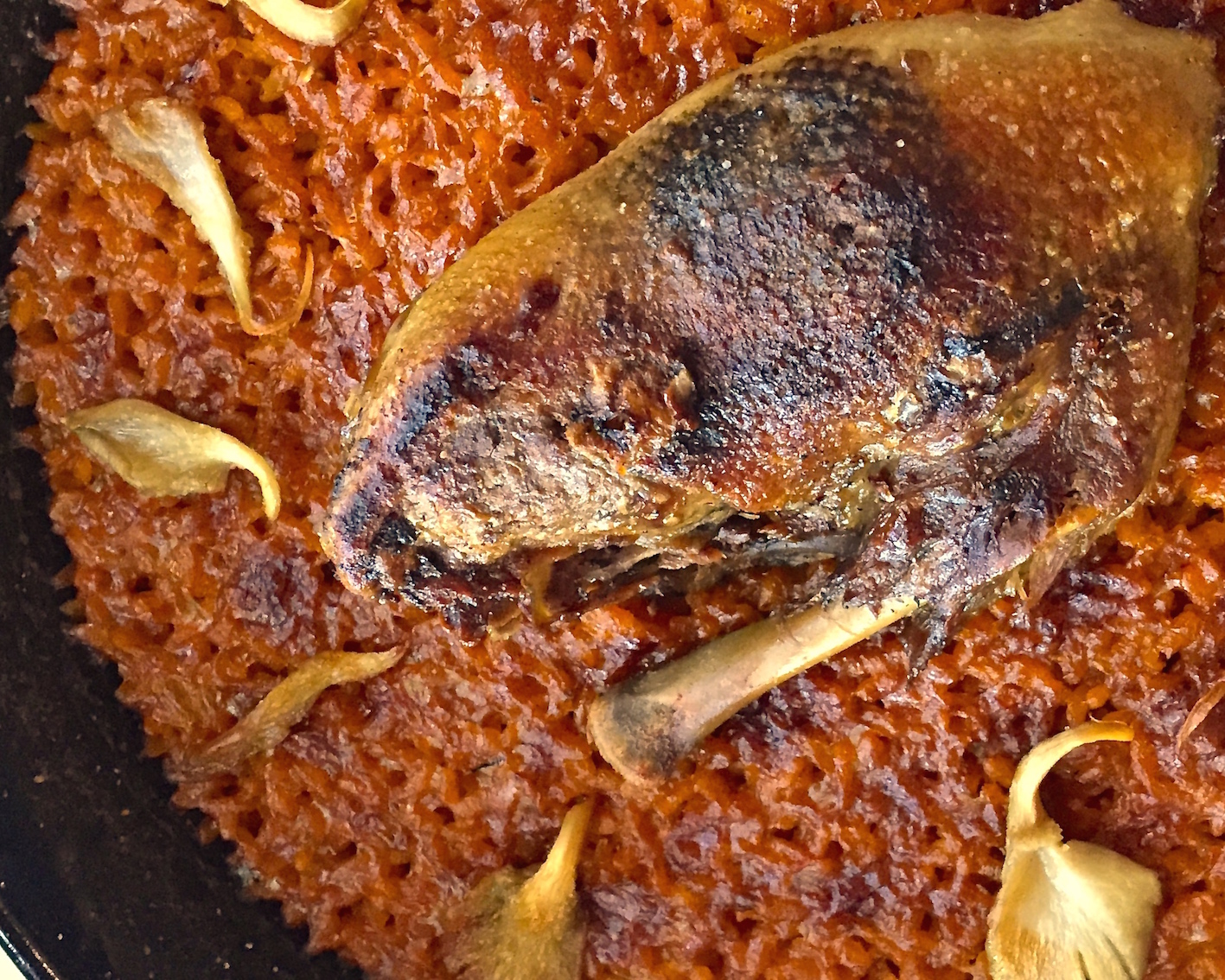 ArroZeria is a nice new concept in a sense that no one has tried to open a restaurant that focused mainly on making paella. Unfortunately there are times that it falls short with certain things such as service, which was quite slow and unattentive; and the food can be quite inconsistent with some dishes being too salty based on my experience. Although let it be said that the restaurant is still quite new so any form of improvement may not be that far from reality.

ArroZeria - "Where Rice is The Hero"

Culinary Student at Alain Ducasse Institute Philippines! Always lookin' for something to eat!