But how’s the food? Recently, I had the opportunity to try out the five-course degustation menu ($1,388) under Chef Olivier Bellin. 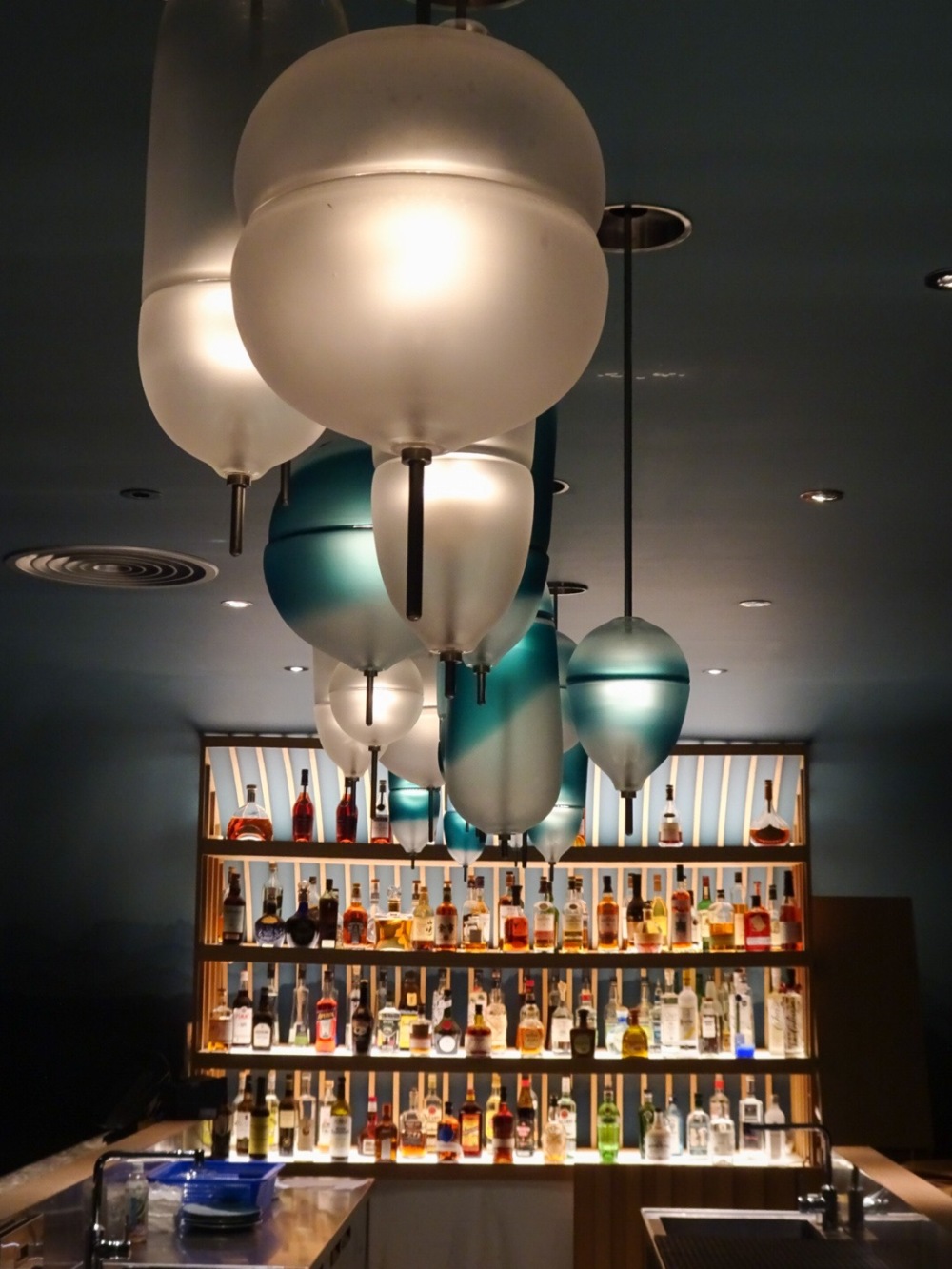 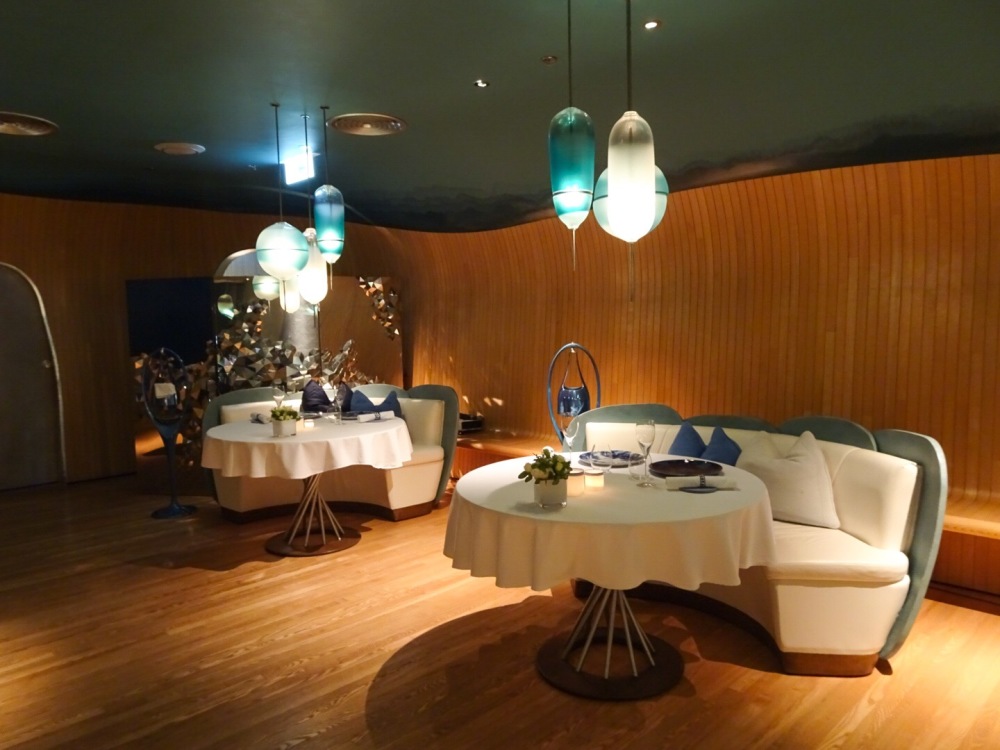 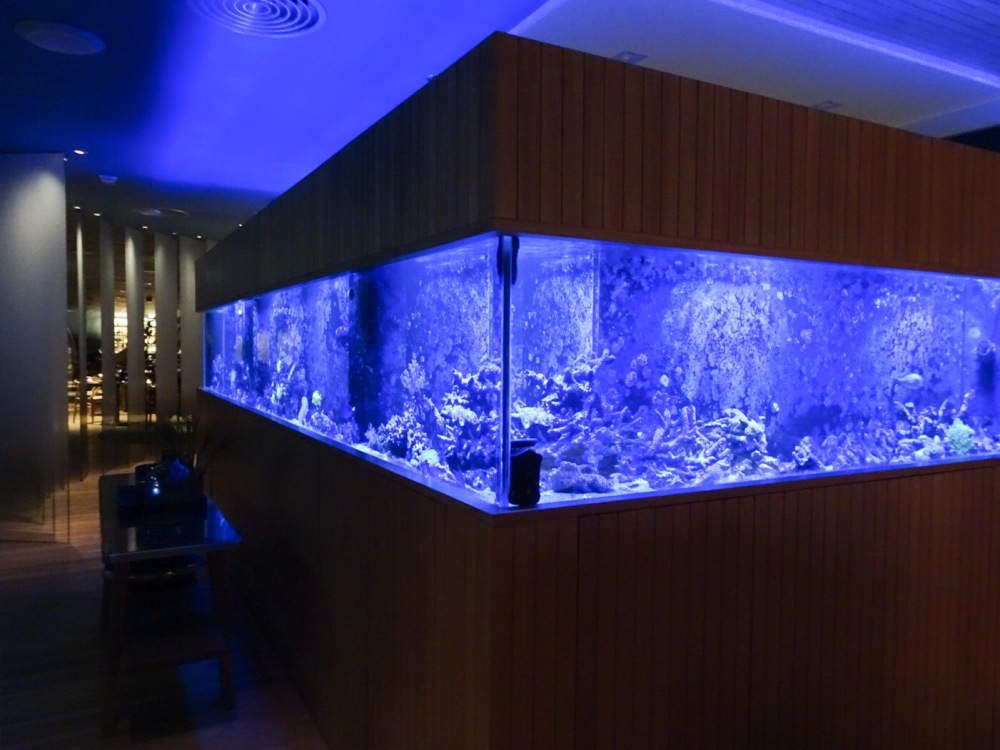 I’d been to The Ocean once before, then under the previous chef. The food had been well executed, but the taste was a bit forgettable. Maybe it’s because I enjoy richer flavours and the dishes had been too light and delicate for my taste. But things have changed. 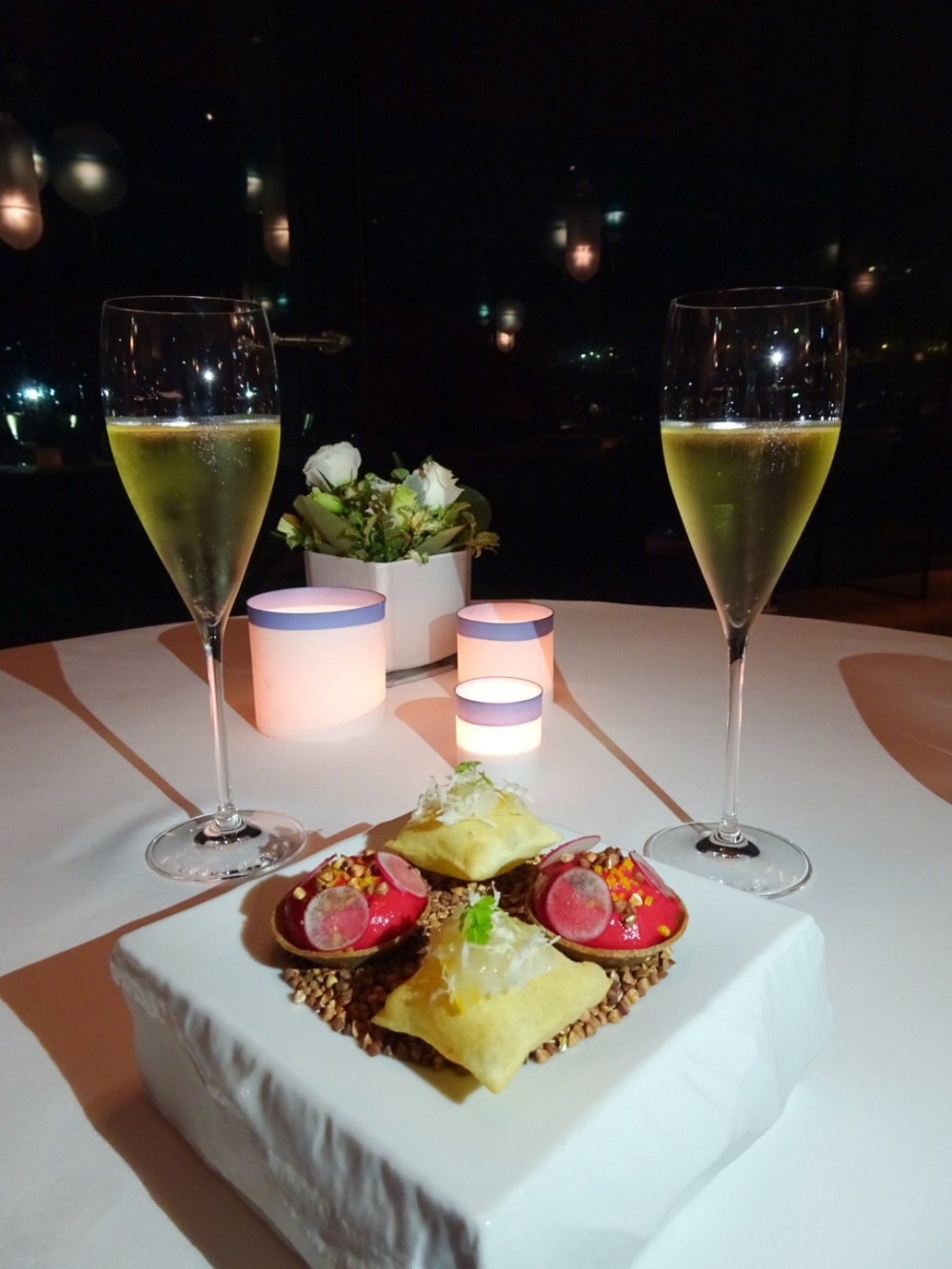 We tried an oyster puff, a beetroot tart and a potato-fish puff. The pastry was perfect, and the fillings were a nice balance of fresh yet rich. 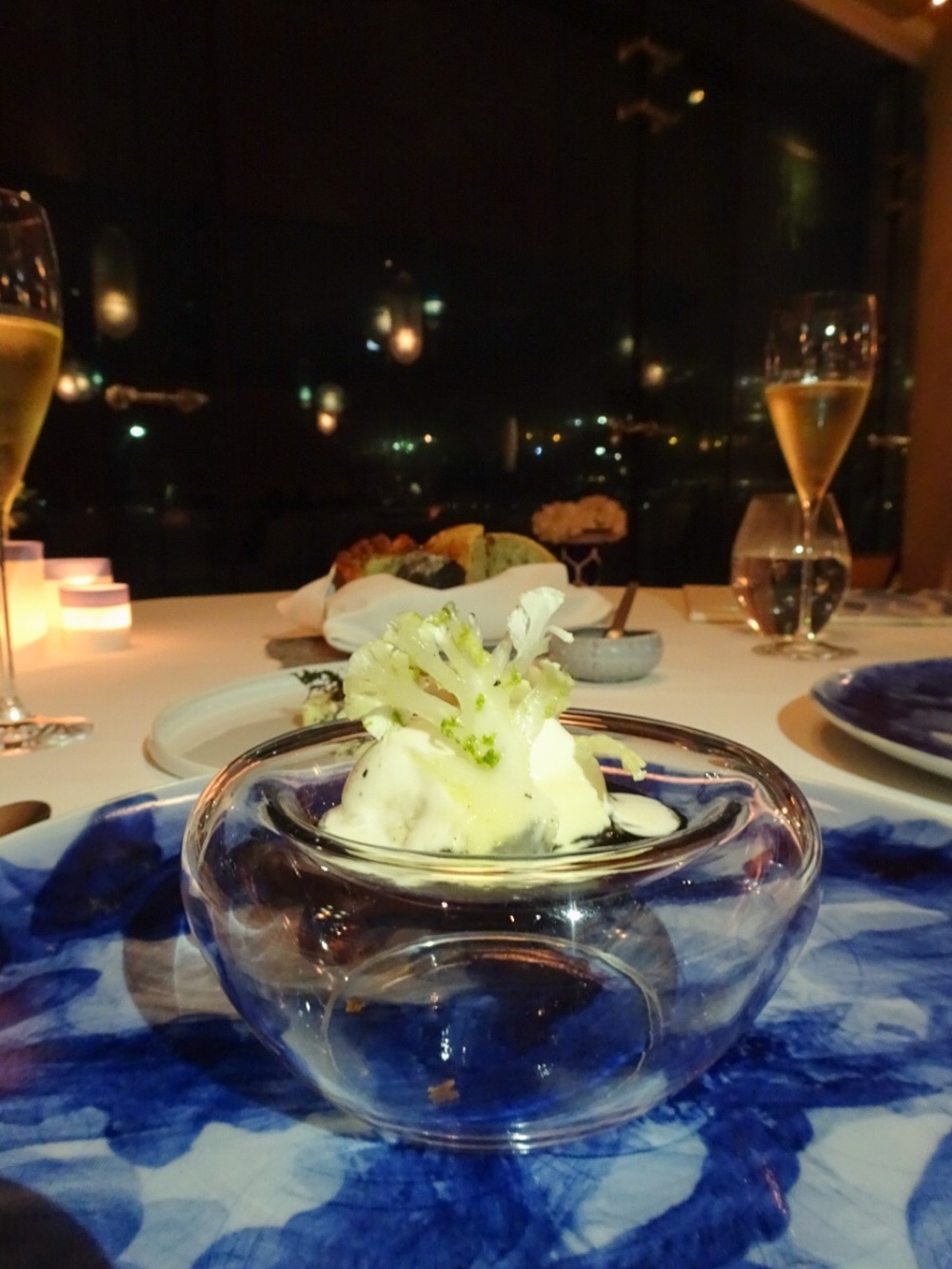 The Ocean Breeze dish sounded very unusual: cauliflower and Parmesan ice cream with hot squid ink. Salty ice cream might not be for everyone, but I found it quite enjoyable. It was kind of like a cold chowder. 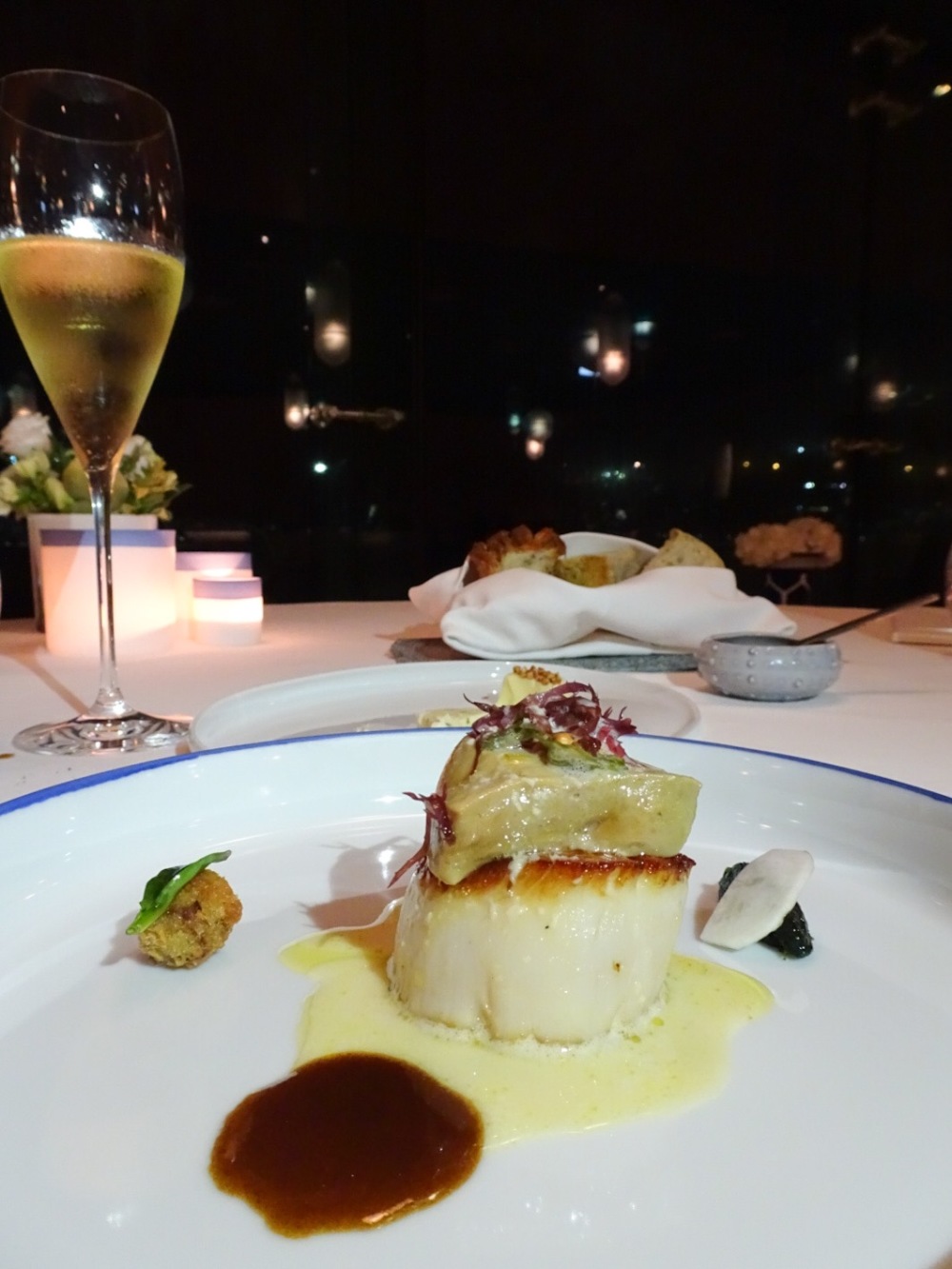 The Sea Anchor dish was perfectly suited to those who love rich flavours. Poached fatty duck liver against the natural sweetness of a seared scallop would have been delicious enough, but the flavours were further accented by salty seaweed paste and a crispy nub of pork.

For our mains, we had langoustine and then blue lobster from Brittany. That might seem strange to some as their textures are similar, but the dishes were quite different. I really enjoyed the langoustine – it was sat atop a round of gooey black pudding, with beetroot salad on the side. This was an earthy and moreish dish. 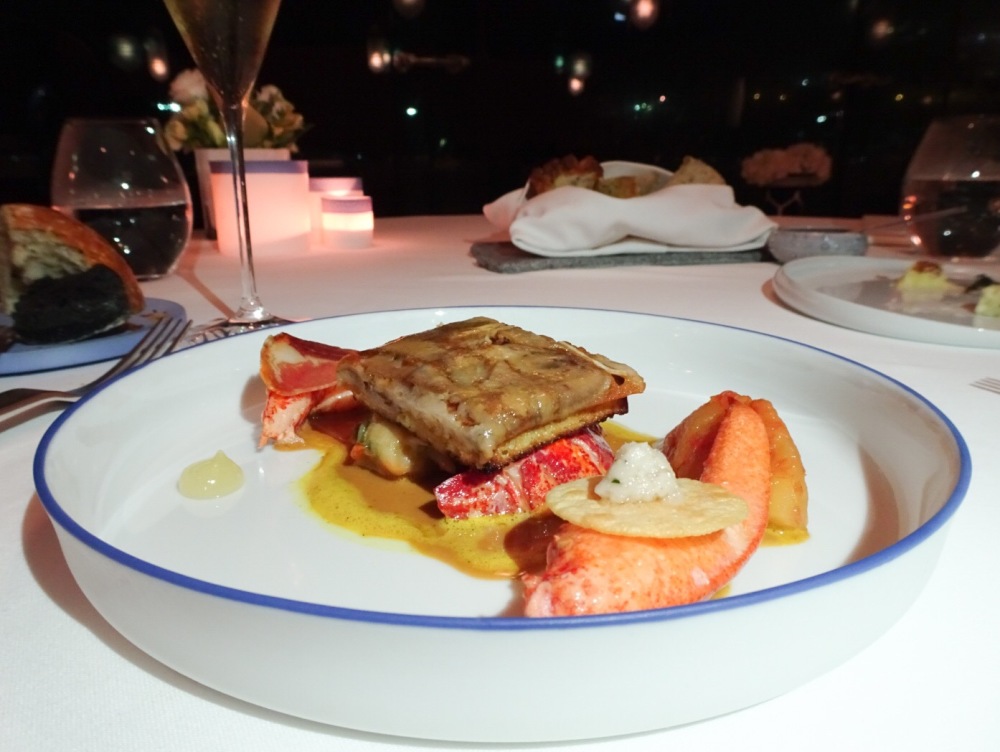 The blue lobster was perfectly cooked and served with pork-head veil. It also came with a number of sauces and accompaniments such as curry sauce, a tangy lobster bisque-esque sauce and an apple and grapefruit compote. The tangy, citrus elements in this dish were unusual but enjoyable. 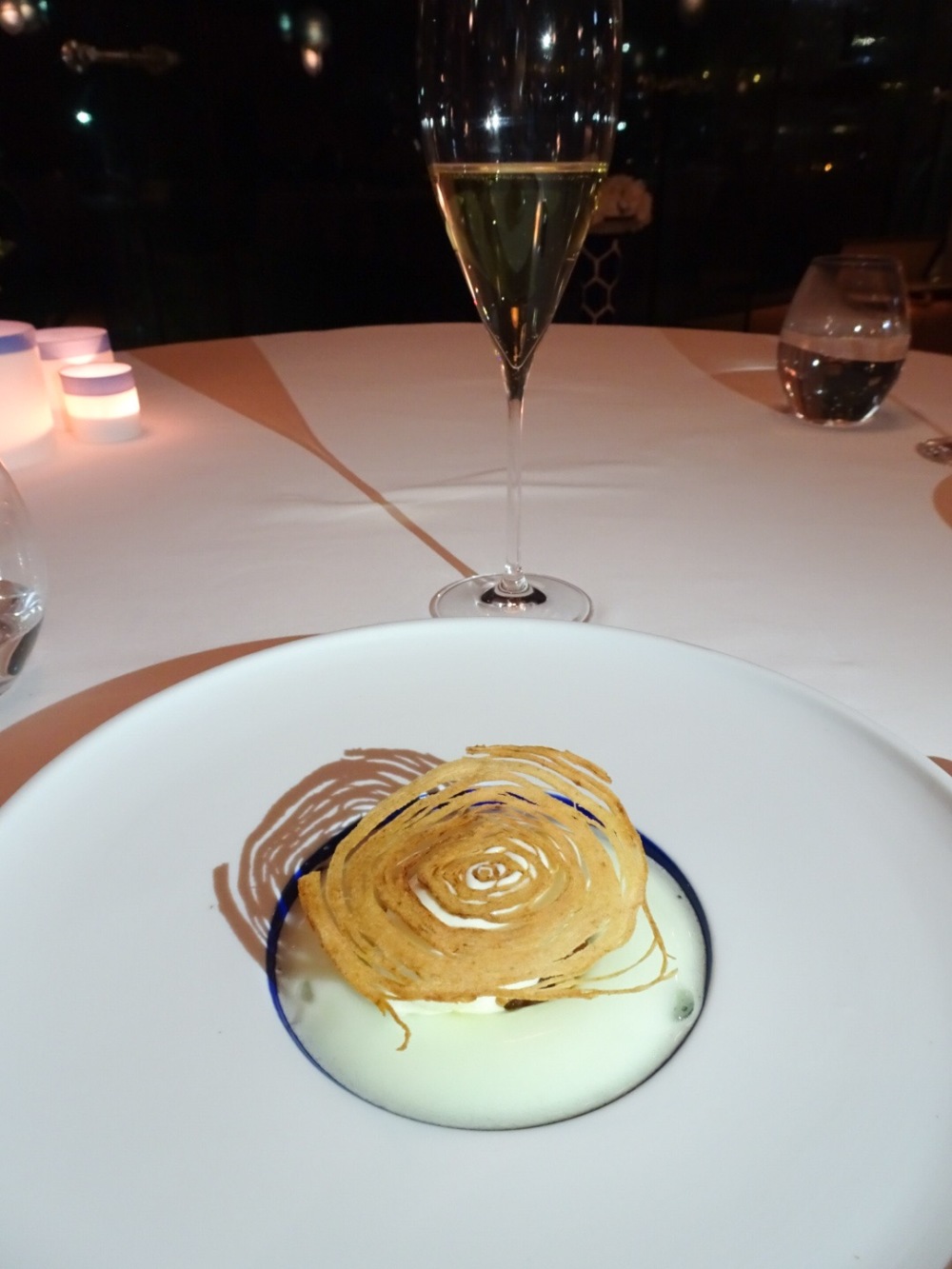 We decompressed with a deconstructed apple pie that looked interesting but tasted like classic apple tart with ice cream. 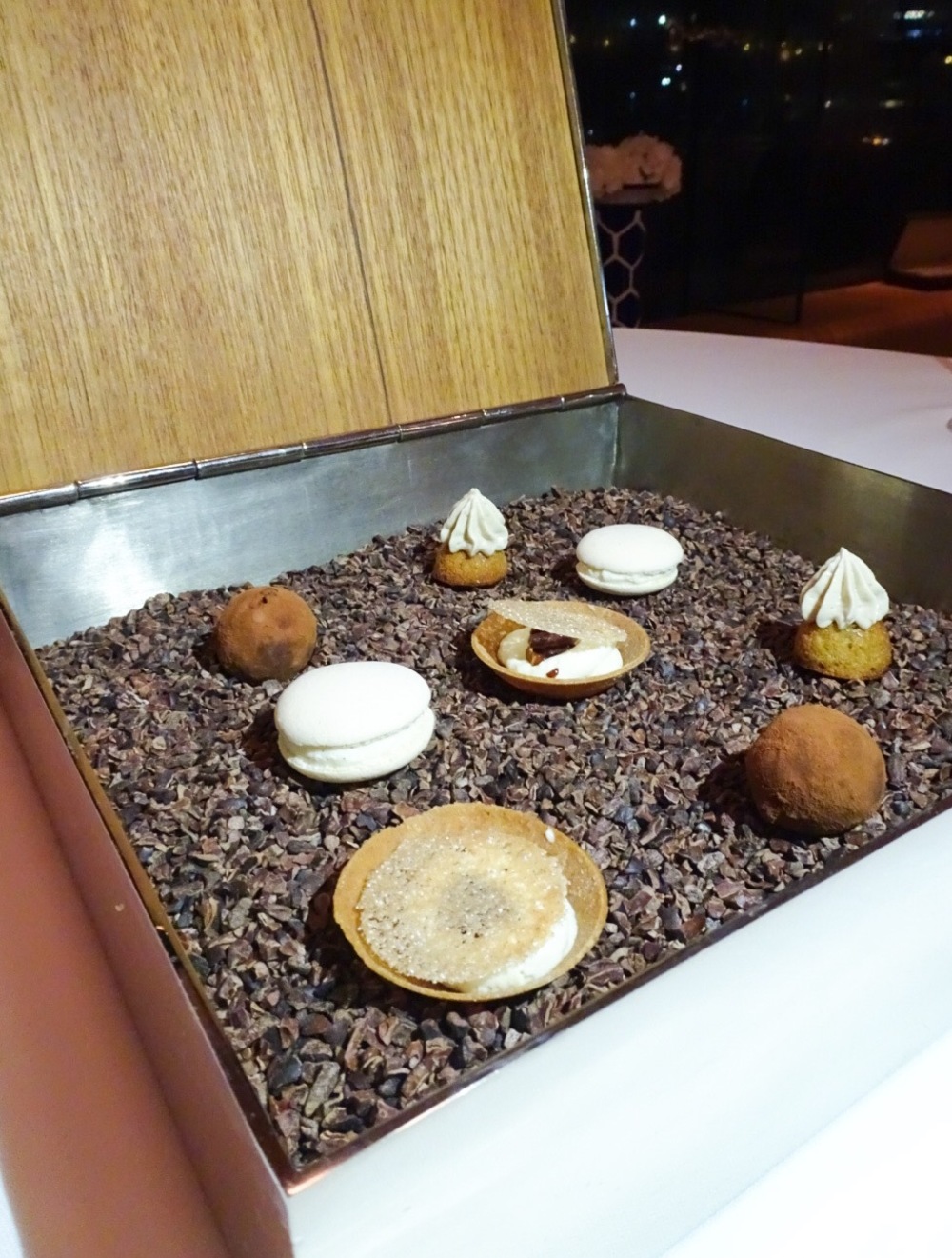 The box of petit fours was unnecessary (because we were extremely full by that point) but very welcome nonetheless.

The Ocean is a fancy French restaurant and does its thing very well. All the dishes were very creative and delicious. Personally, I really liked that the dishes were fresh yet fatty. A special shout-out goes to the bread, especially the squid-ink with prawn flavour. It was so fragrant that I want to go back to The Ocean just to eat that! The service, interior design and view of Repulse Bay (during the day) are also top notch. In addition to the set menus, the restaurant has six new specials available until stocks run out, including oven-baked pigeon in puff pastry with buckwheat grain ($718) and slow-cooked, pan-fried monkfish with jam paste ($628).

Tiffany Wei | about 8 hours ago

Located at stunning Rosewood Hong Kong, Bayfare Social is the perfect spot for get-togethers with friends