There are many beautiful restaurants in Hong Kong. Ones with a sleek yet unstuffy atmosphere are popular at the moment. The food at these places, however, which should be a restaurant’s main draw, can underwhelm.

Walking into Cassio, it was hard not to be taken in by the lovely, textured space. Think vintage-inspired wallpaper and lush carpet in the entryway. A space that perfectly mixes muted neutrals and jewel tones, with bamboo, velvet, onyx, brass, lacquer and marble touches throughout.

Taking up the second floor of LKF Tower, the space is split into three sections: dining room, lounge and al fresco terrace. The transition into each space flows easily, thanks to the talents of Paris-based Italian architect Fabrizio Casiraghi. No matter which section of the space you’re in, you’ll hear great music. Tunes from a variety of genres – R&B, disco, house, 80s, Latin and more – are played. What you’ll hear will depend on the night and time you visit. The variety aims to keep the atmosphere convivial and interesting.

With the ambience and vibe in check, we had high hopes for the food, especially since the menu was created in partnership with London’s famed one-Michelin-starred Barrafina. Cassio’s kitchen team trained there. Similar to the dishes on Barrafina’s menu, Cassio focuses on contemporary Spanish tapas using the best ingredients with simple presentation – all the better to let the food shine. There is a regular menu, along with daily specials written on small blackboards. 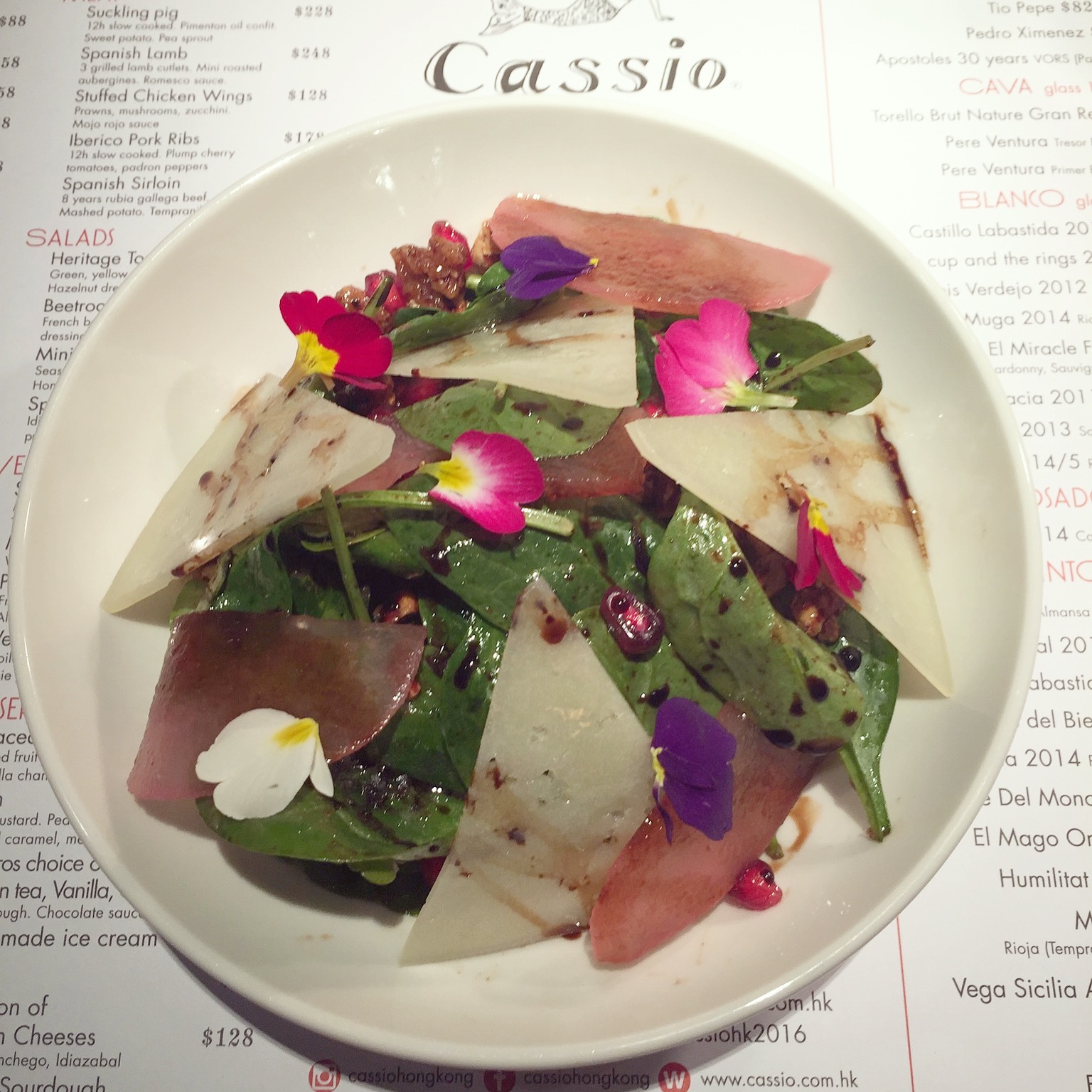 We started with the spinach and pear salad ($88), a classic dish with a twist. Atop a bed of spinach were slices of beetroot-juice-soaked pear, pomegranate seeds, Idiazabal cheese, pecans and edible flowers, with the ingredients accented by aged balsamic vinegar. The portion size was healthy, plenty for two. 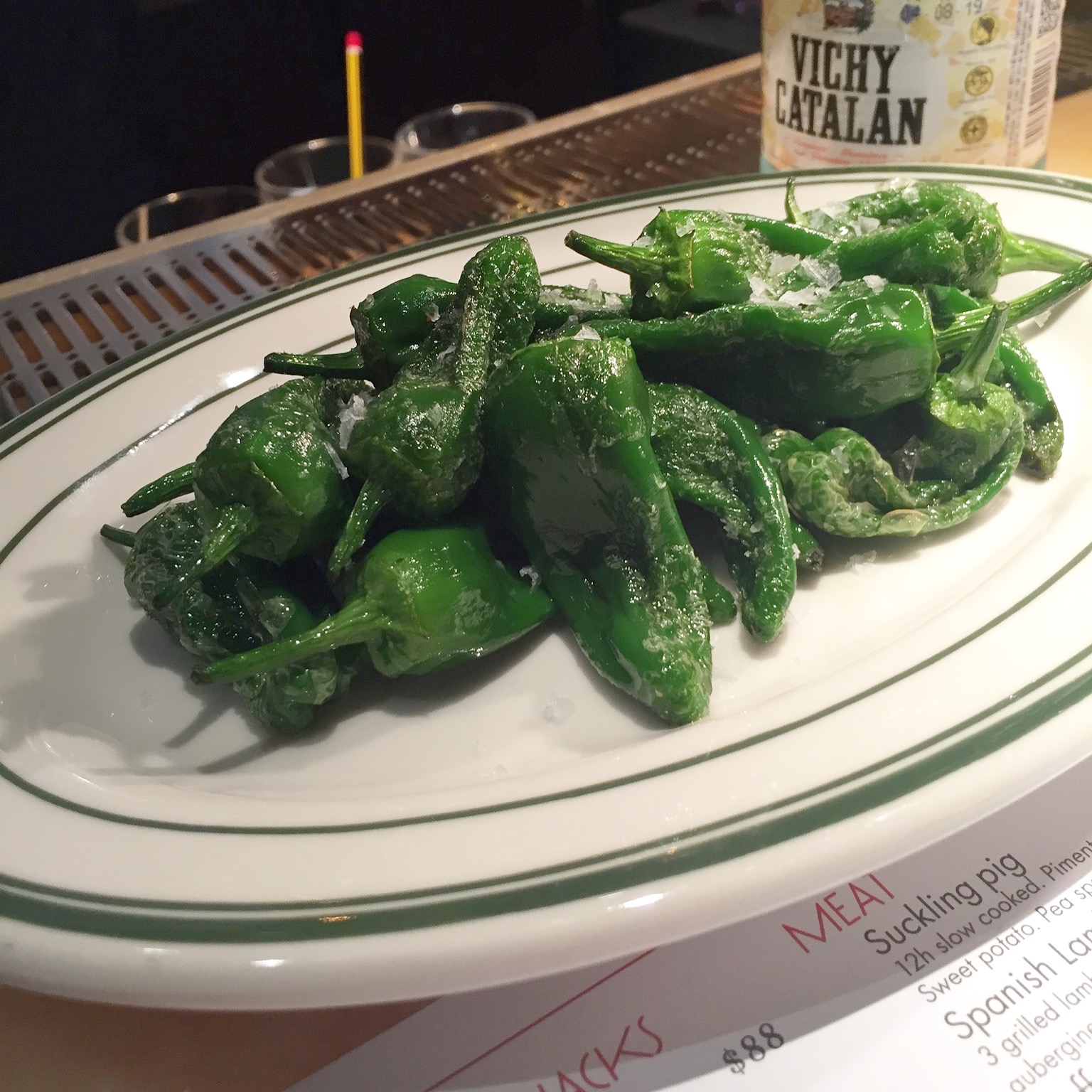 Then came the padron peppers ($88). We’d bet these turn out to be a Cassio staple: flavourful, juicy bites from Galicia (north-western Spain) that were not at all spicy, though they look like they might be. A simple dish, served with flakes of Maldon sea salt to enhance the flavour. 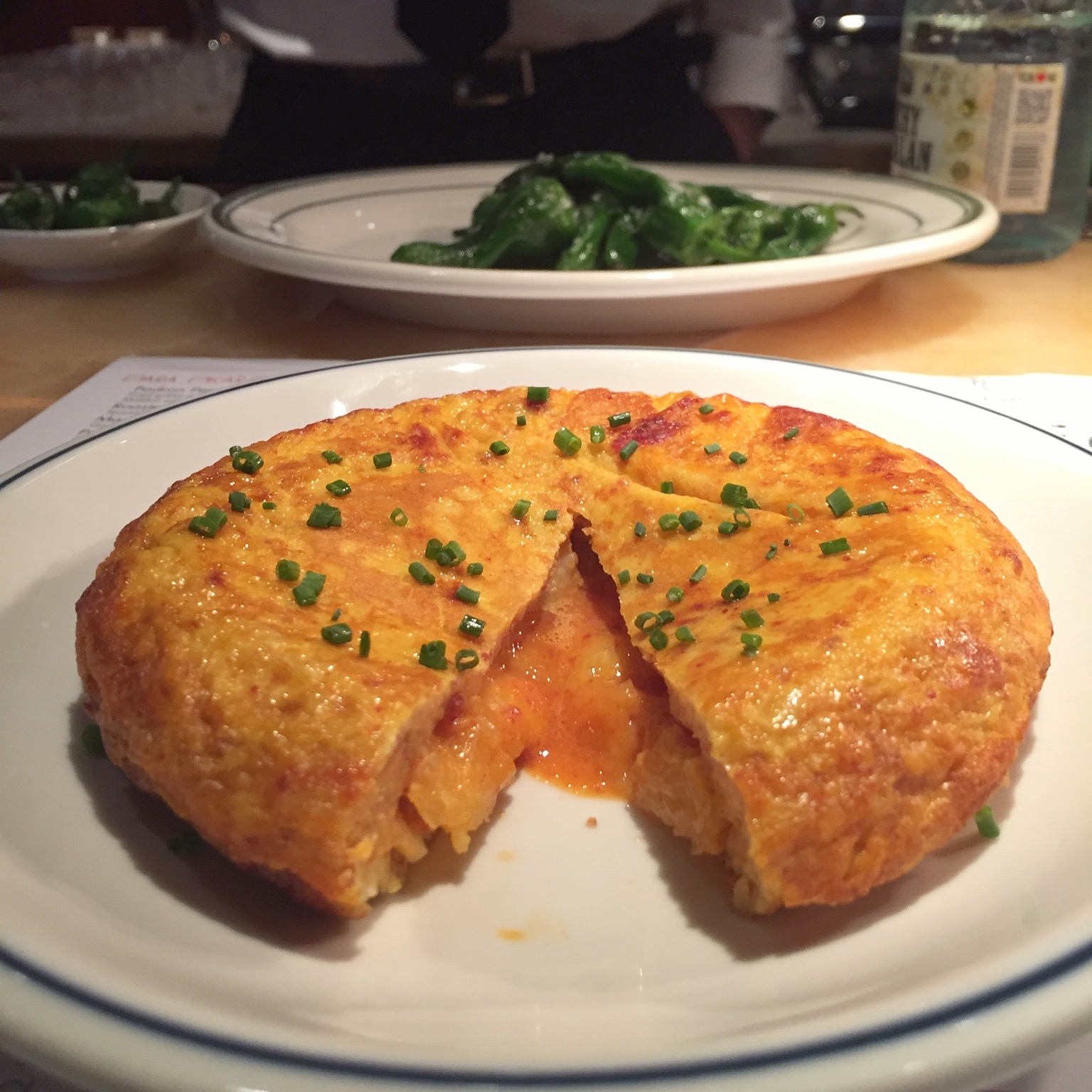 The Ibérico sobrassada tortilla ($98) will excite many familiar with Barrafina as it’s one of the restaurant’s signature dishes as well as a favourite treat for many lovers of Spanish food. Cut it open and let the insides run out: gooey egg and sausage deliciousness. 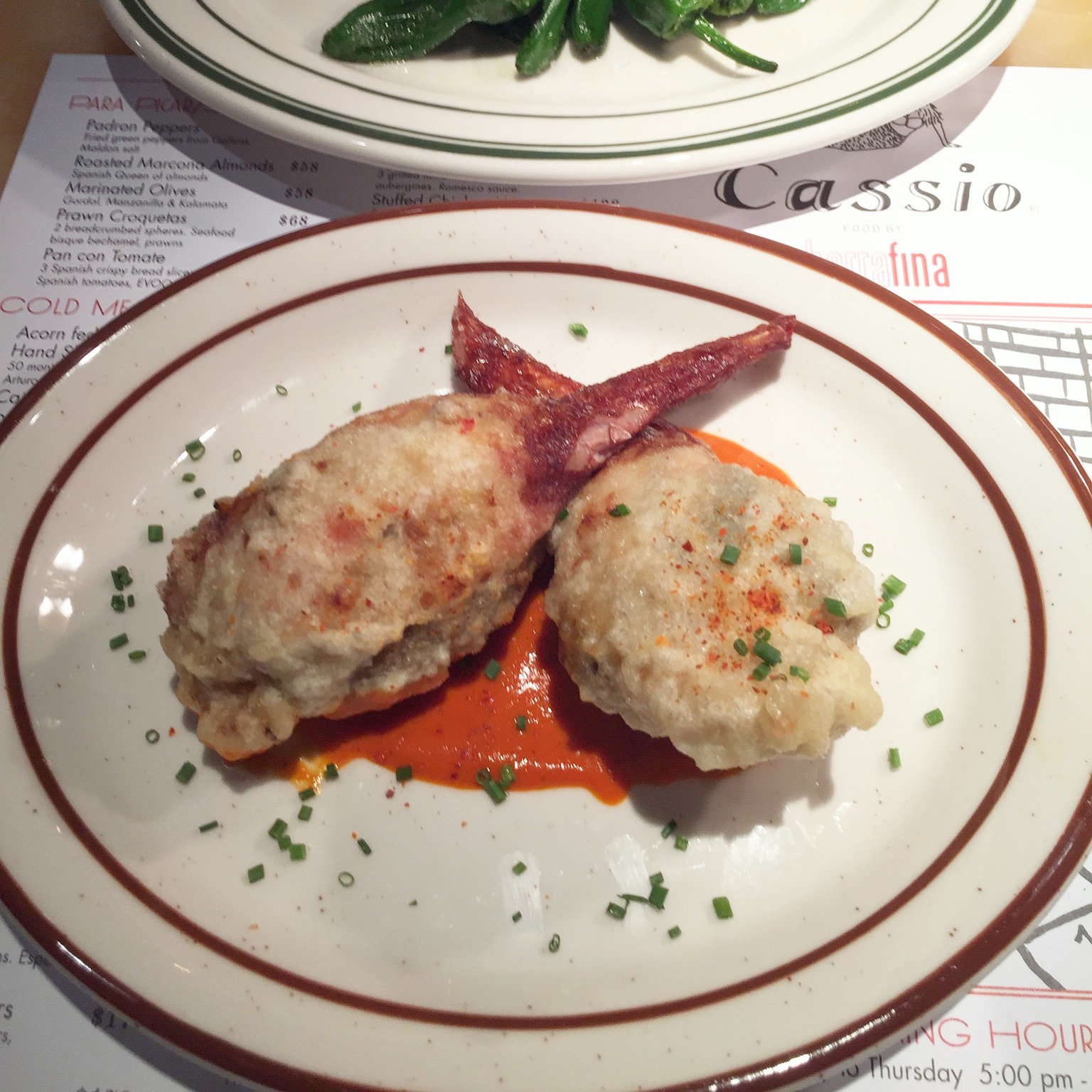 Some say it’s impossible to eat chicken wings with a knife and fork given the many bones. No such issue with Cassio’s stuffed chicken wings ($128) as they come boneless. Two wings are stuffed with prawn, mushroom and courgette, resulting in two crisp, fat treats. The mojo rojo sauce enhanced the dish without adding too much heat. 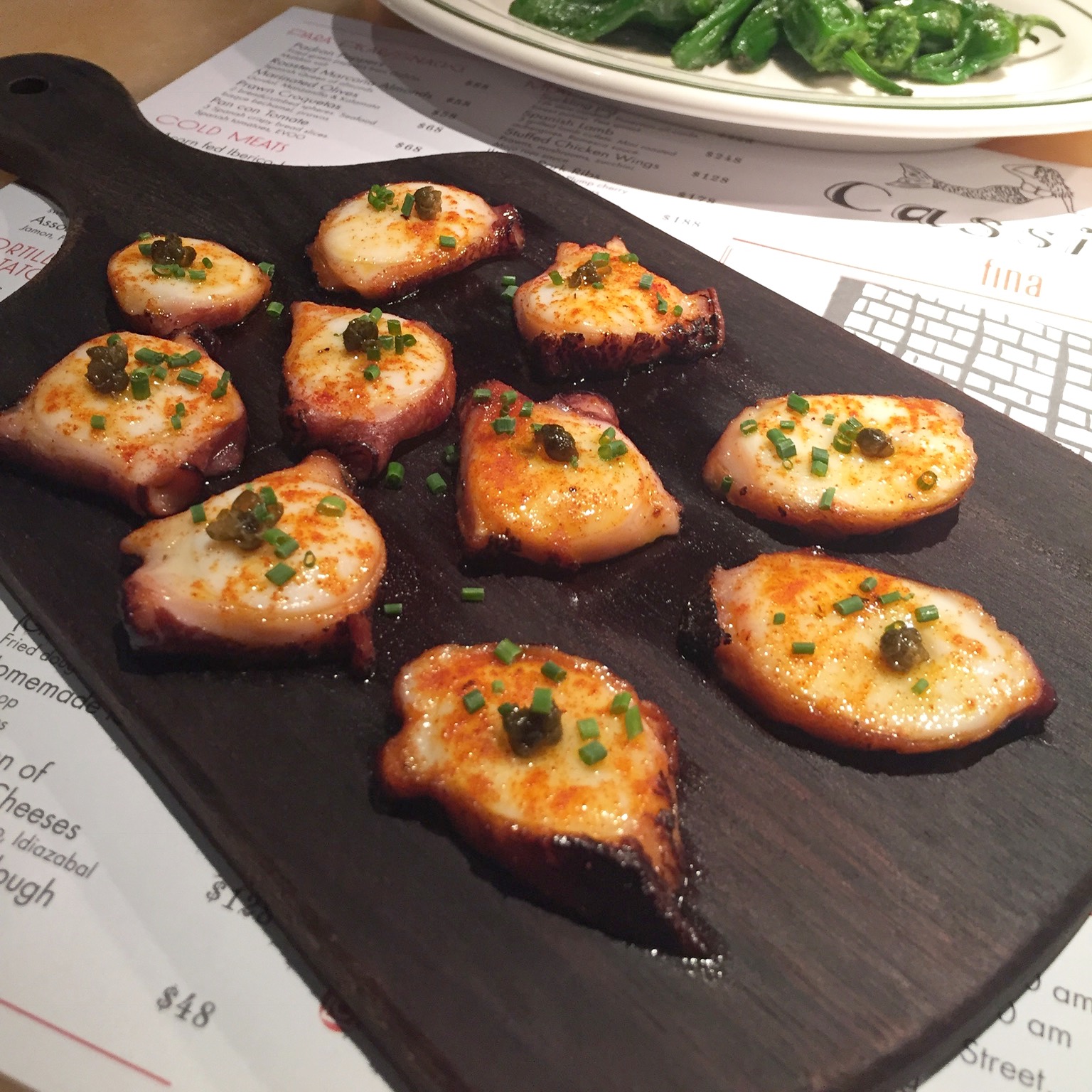 The octopus with capers ($178) is an example of a simple dish that shines owing to the quality of the ingredients. Slices of Galician octopus are grilled with extra-virgin olive oil and topped with salty fried capers and a sprinkling of smoky pimenton (paprika). 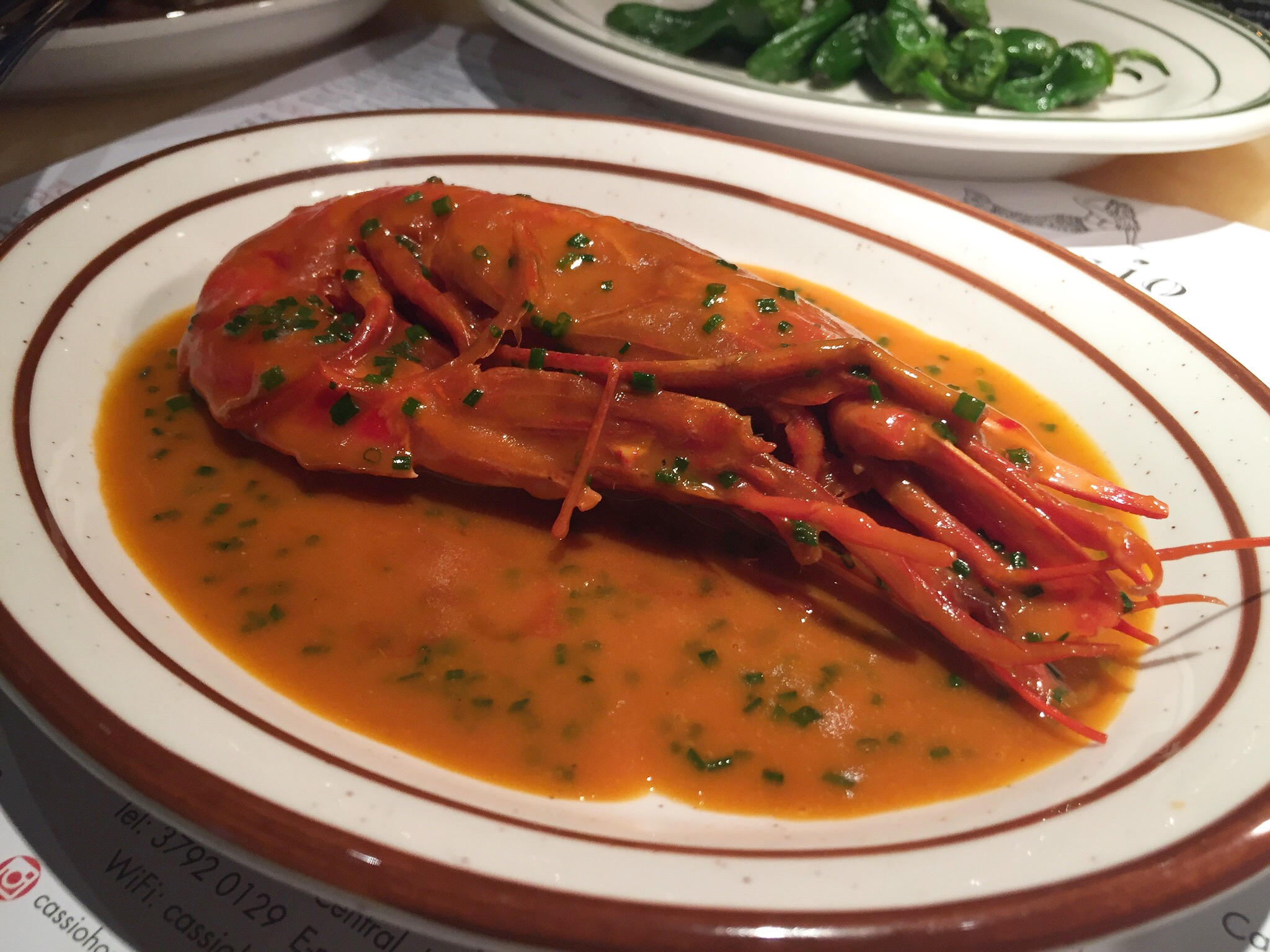 For those who are fans of red prawns, give the Spanish carabinero ($248 for one) a try. It’s quite pricey, but this is perhaps unsurprising as the carabinero is one of the world’s most coveted prawns. Use the bread cubes provided to soak up the bisque underneath. 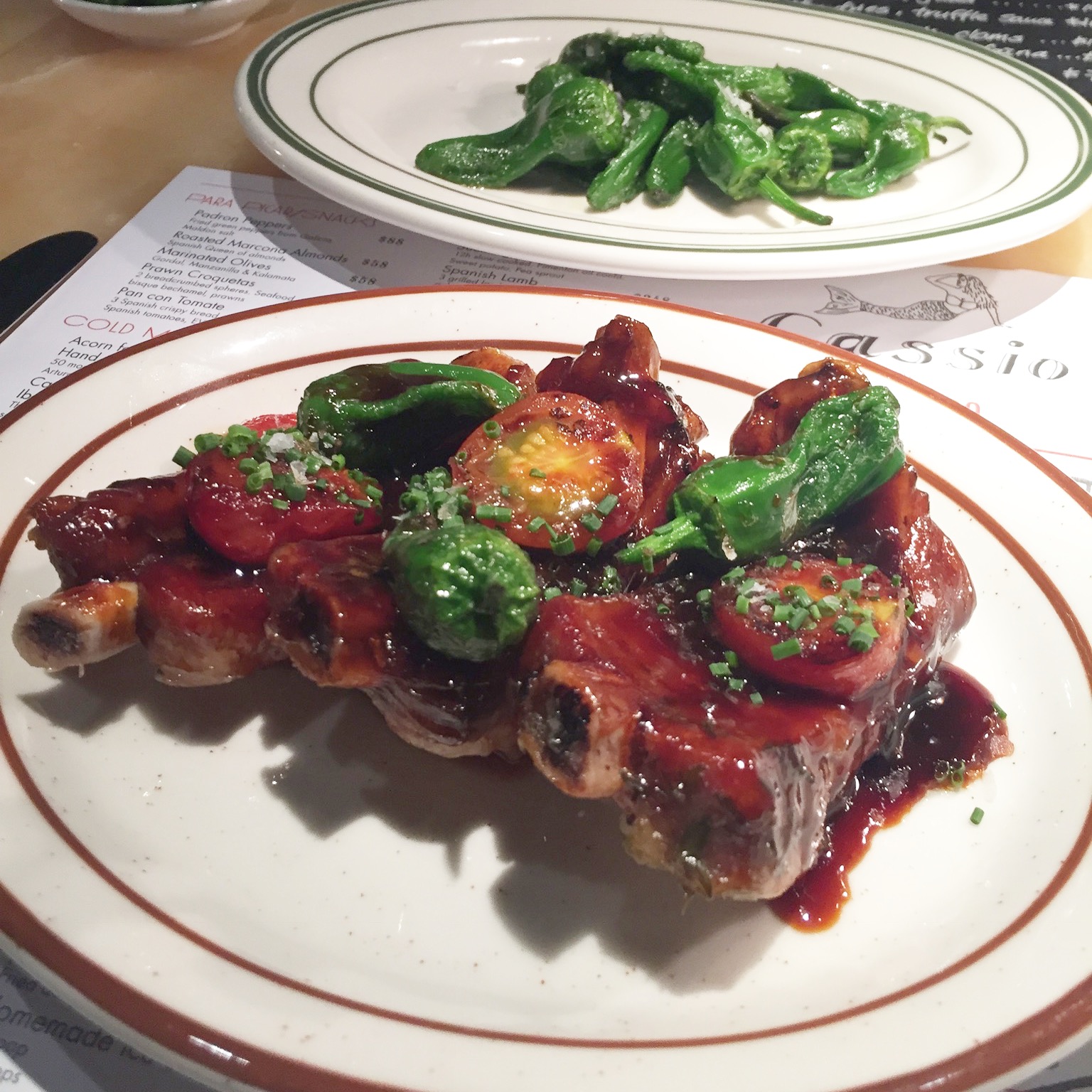 Our favourite dish of the night had to be the Ibérico pork ribs ($178), which were cooked for 12 hours and served alongside plump cherry tomatoes and padron peppers. Melt in your mouth. Sticky. Fall off the bone. Luscious. Insert your favourite way to describe ribs, and it would probably accurately describe this dish. It was that good. 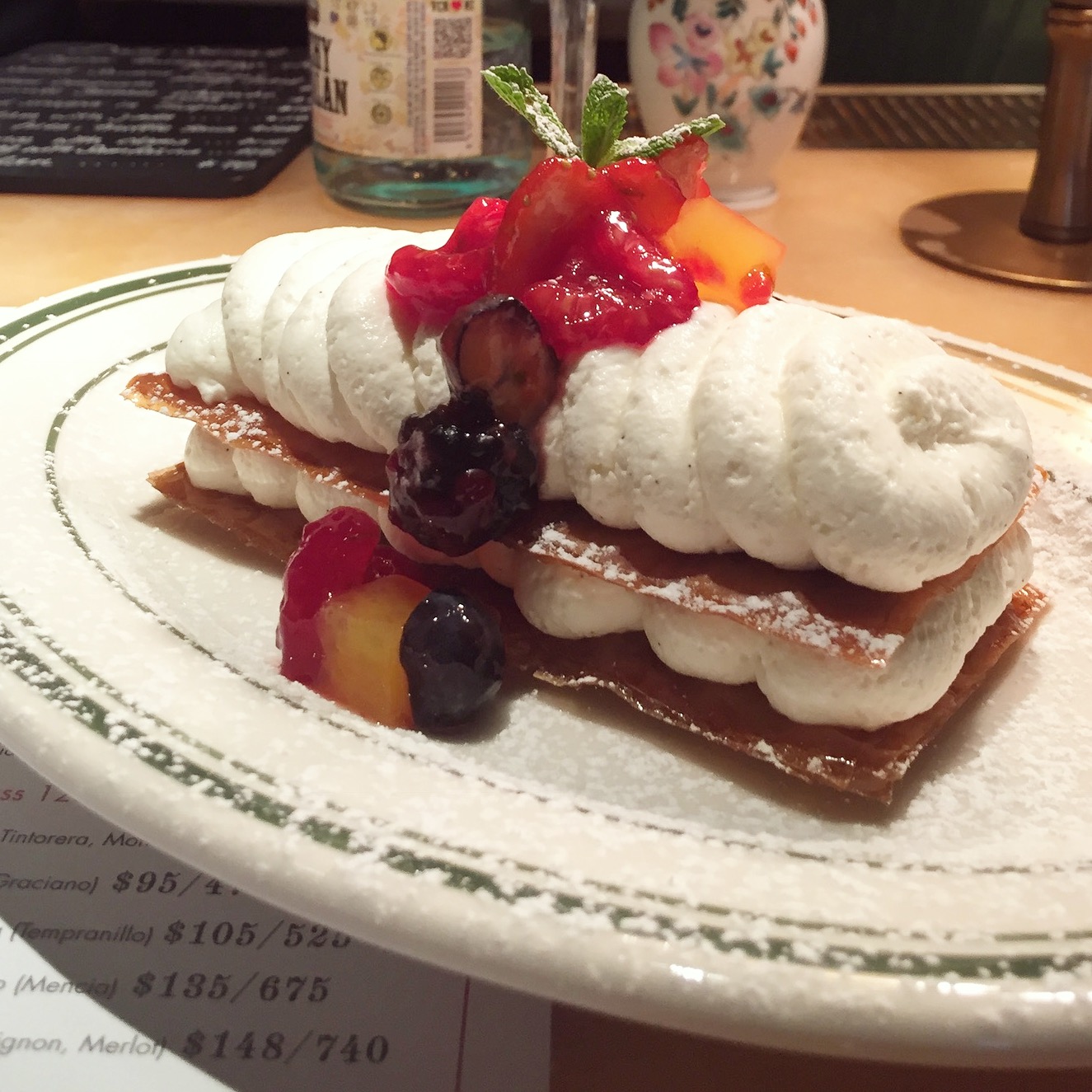 While absolutely stuffed by the end of the meal, the Macedonia ($98) was too delicious to leave any crumbs. Vanilla Chantilly cream was layered amongst filo pastry, and a selection of diced fruit kept the dessert from feeling too rich.

Cassio has pulled off both sophistication and substance. The space itself is stunning, a great place to impress a date (tip: grab a seat at the bar and watch your food being prepared) or enjoy a night with friends. The tapas are delicious, simple yet sophisticated, made with ingredients that shine. Bonus: the staff are trained to really know the menu. Oh, and maybe you’re looking for a place to go after dinner and drinks? Dragon-i, Cassio’s wilder big sister, is just across the road.