Thirty minutes can feel like ages when the post-work hunger kicks in, but we’re willing to travel far for good food. By the time we arrived at Alzina – a new, lively and colourful Spanish spot in TST – from our office in Wanchai, we had quite the appetite. 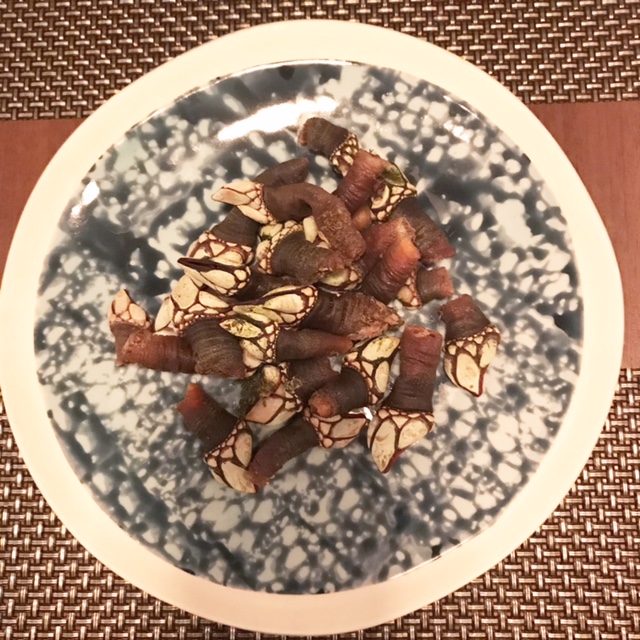 We started with some tapas. The Spanish barnacles from Galicia ($248) were a rare treat. If you aren’t familiar with them (we weren’t), barnacles are members of the crustacean family, a coveted Spanish delicacy with a lobster-like flesh. Alzina’s version was cooked simply, poached in Cantábrico seawater, which allowed the barnacles’ natural flavour to take centre stage. 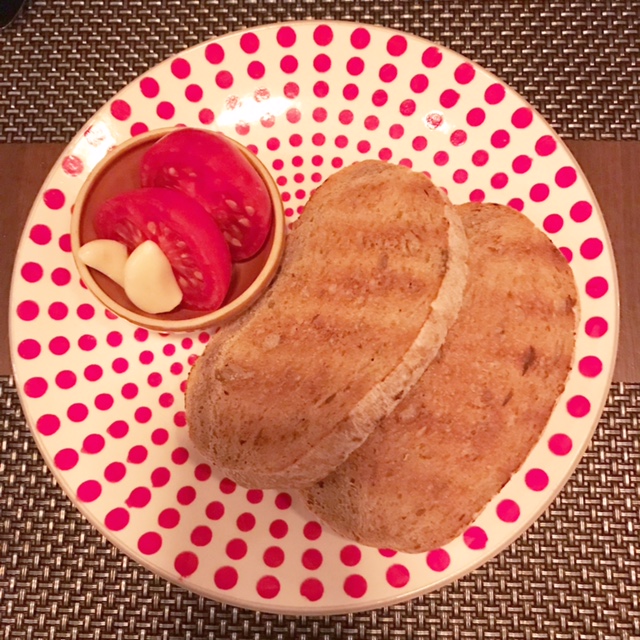 When the toasted bread with Spanish tomato, garlic and olive oil ($45) came out, we were rather perplexed as the tomato and garlic cloves were raw. Following the instructions, we rubbed a raw clove and halved tomato on the toasted bread and poured some olive oil on top. It was a bit of a mess to eat, with the garlic clove not melting into the bread, and tasted bland. Not worth the money. 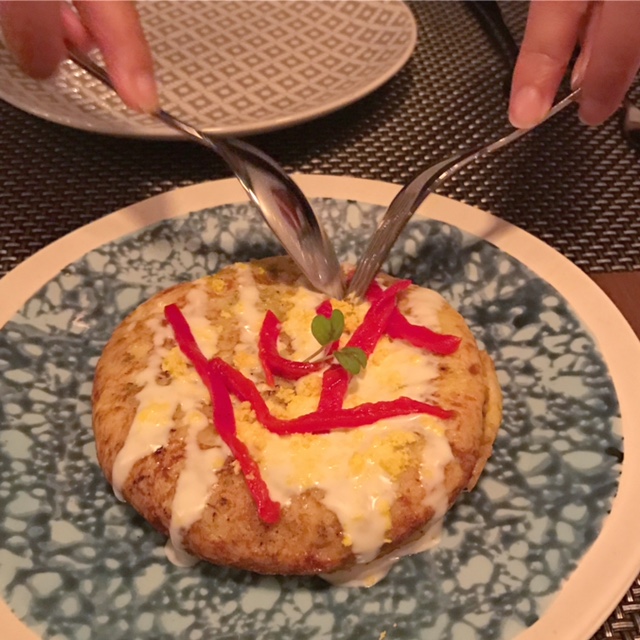 The Donostia tortilla ($68) was better. This version swapped potato for codfish, which resulted in a flaky patty. It was tasty enough and good value for the price. 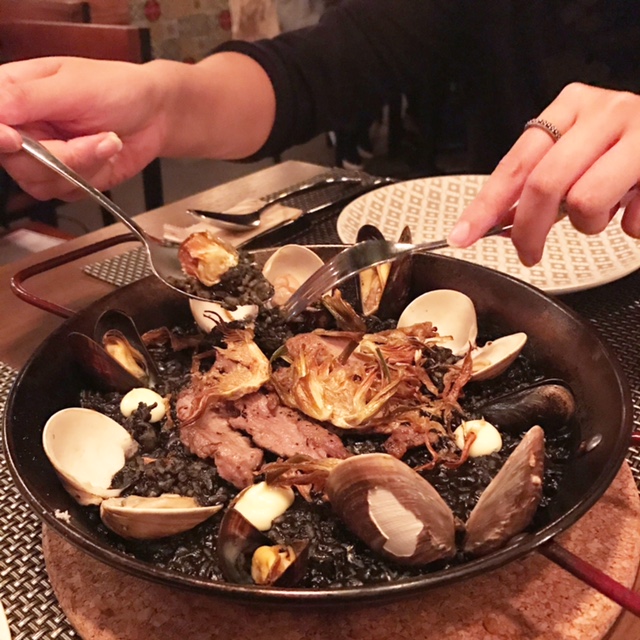 A trip to a Spanish restaurant is not complete without paella, and we sampled The Black One ($178), named for the colour of the squid-ink rice. The rice was nice and charred, a good base for the rich toppings of cuttlefish, clams, Ibérico pork and fried onions. 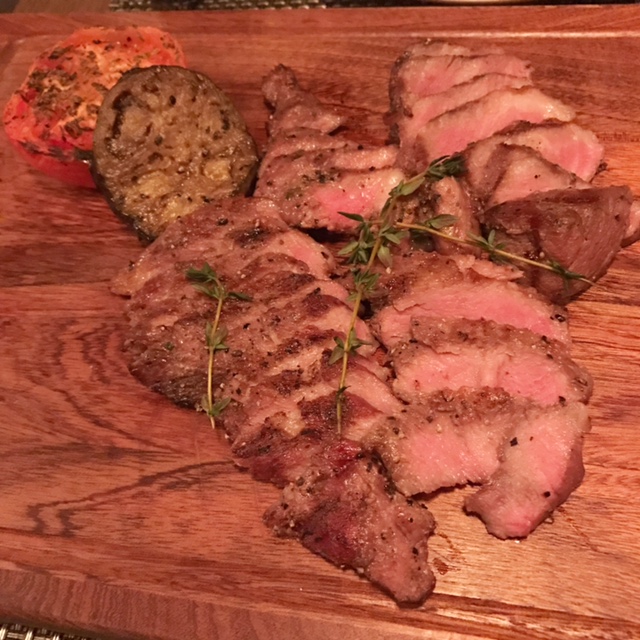 Being great fans of tender pork, our mouths were agape when the Ibérico pork parrillada ($238) came out. This platter allowed us to sample the three most popular cuts of Ibérico pork in Spain: pluma (lean), secreto (more marbled) and presa (highly marbled). While all three cuts were pleasing enough, none had the rich pork flavour or melt-in-your-mouth texture we were hoping for. 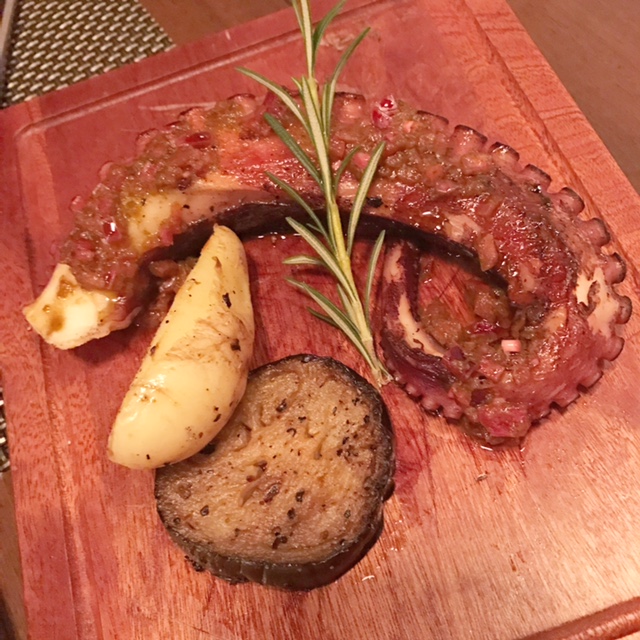 As for the grilled octopus leg ($238), it was boiled, then grilled, resulting in a perfect, bouncy texture. Served with chimichurri sauce, we enjoyed this simple, classic rendition. 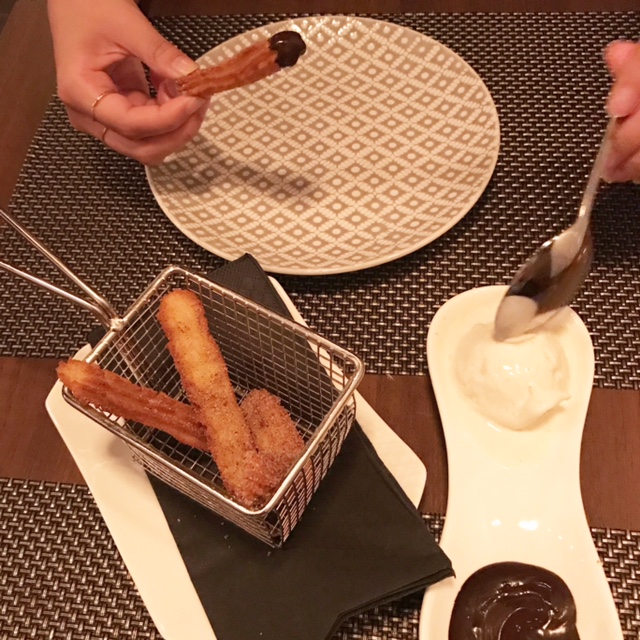 We ended our meal with – what else? – churros ($52). The crisp pastries were served alongside vanilla ice cream and chocolate sauce. Unfortunately, we found these dry and bland.

There were some hits and misses during our meal at Alzina. The quality of the ingredients was good, but the execution of the dishes was uneven. While the service was attentive and friendly, we waited a long time between dishes and a number of them arrived lukewarm. Our meal for two, including two drinks, came to over $1,300. For the price, there are better Spanish restaurants in the city.

What’s new on our culinary radar this month?