For the unaware (admittedly including myself until a few weeks ago), Kimberley Road and Kimberley Street in TST form a Little Korea. There are many Korean grocery stores, speciality shops and restaurants, including the cutely named GaGaHoHo. 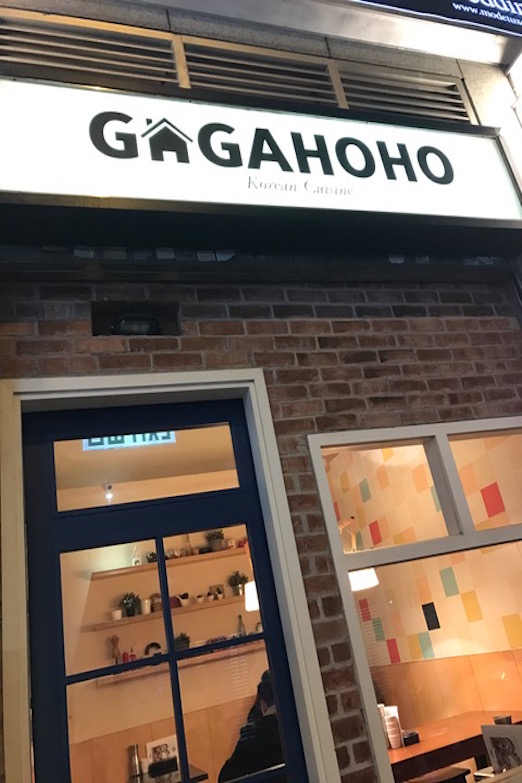 GaGaHoHo translates roughly as 'all the families', and simple, homestyle cooking is what you’ll find at this cosy restaurant. Mrs Kim So Seob (interesting fact: she’s the mother of the Momojein founders) started the restaurant eight years ago and continues to prepare all the side dishes fresh daily and without any MSG. With that in mind, my dining companions and I felt no guilt indulging in the egg rolls, fish cake slices, marinated cucumbers, diced potatoes and bean sprouts.

While the restaurant has been around for awhile, the menu has been revamped for 2017 with 40 main courses. Excitingly ambitious for a small restaurant! Each main course can be ordered à la carte or as a set, with the latter option served on a wooden tray with personal servings of the (refillable) side dishes. 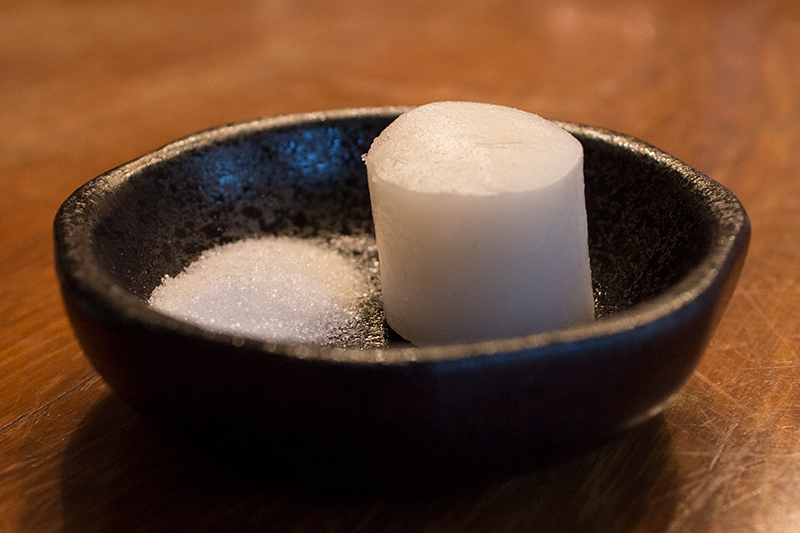 We started our meal with complimentary rice cake fritters. These little treats are free with every order until 28 February, in celebration of the Lunar New Year, and made in house (not a factory as is often the case nowadays) by Mrs Kim. The result is quite a fragrant flavour, not at all plastic-y. 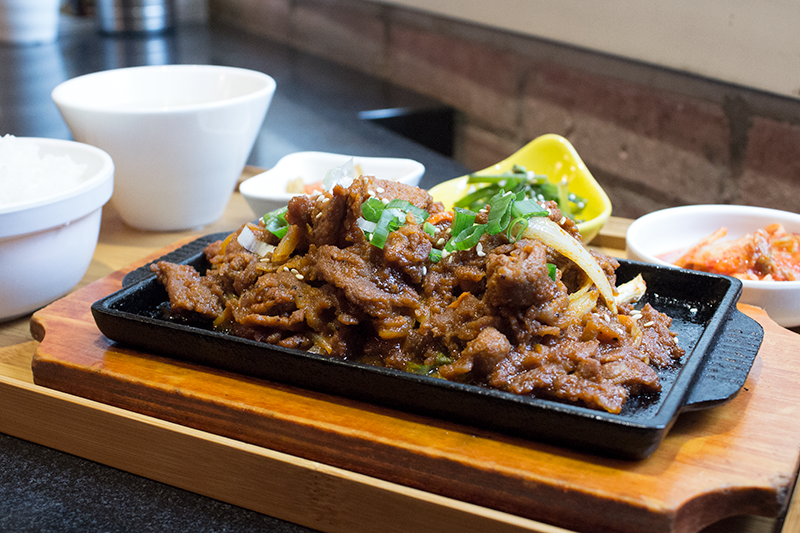 The first main dish out, the spicy pork ($73 à la carte; $88 with the set), was one of our favourites of the night. The marinade was spicy, not overly sweet and fragrant with sesame oil. It was so delicious, it had me scraping and eating even the charred bits of caramelised meat stuck to the hot plate. 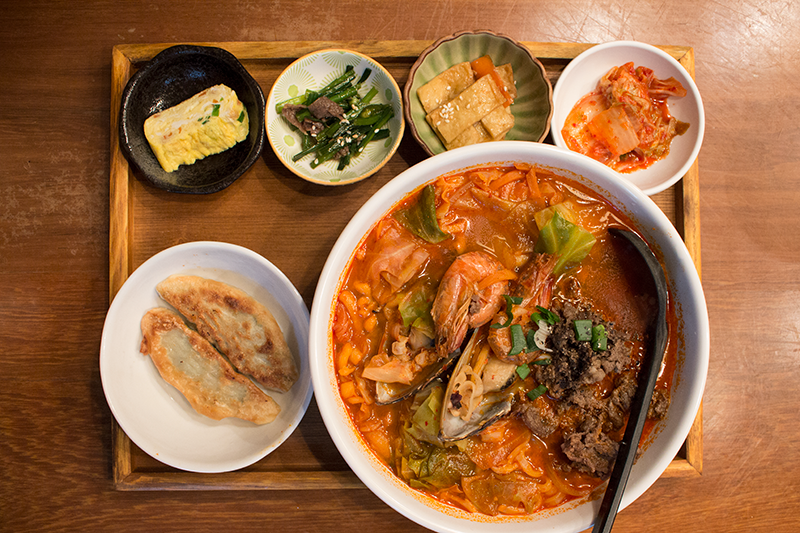 A steaming bowl of hot soup on a cold winter’s evening is so comforting, even more so when it’s spicy. We really enjoyed the freshness of the spicy seafood jjambbong ($74 à la carte; $82 with the set) and learned the chilli oil and the anchovy stock are made in house. The prawns, mussels and squid were fresh, and their flavours seeped well into the soup. I especially liked the soft but not too mushy cabbage. 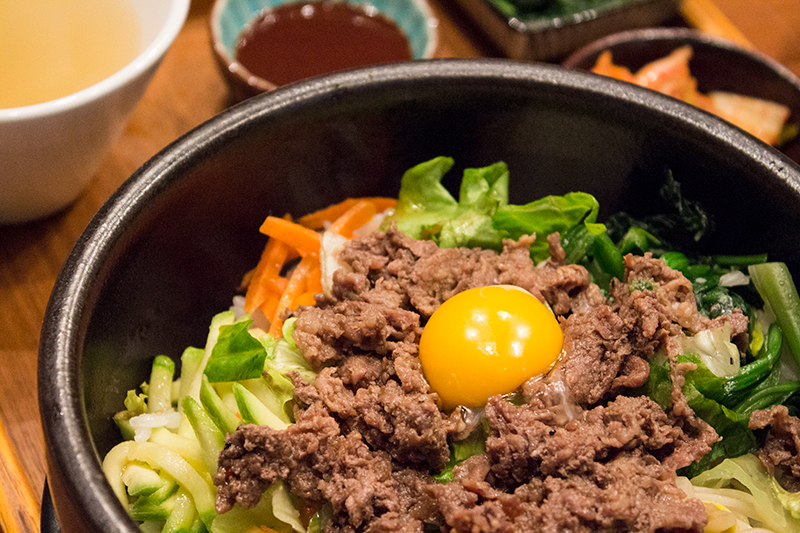 To be honest, we were a bit dismayed at the presentation of the bulgogi hot pot rice ($72 à la carte; $82 with the set) as it looked messy with the colourful vegetables covered with wilted lettuce. That said, the flavours were all there in this dish. The meat was flavourful, the veggies were fresh and the rice became appropriately charred and crispy. 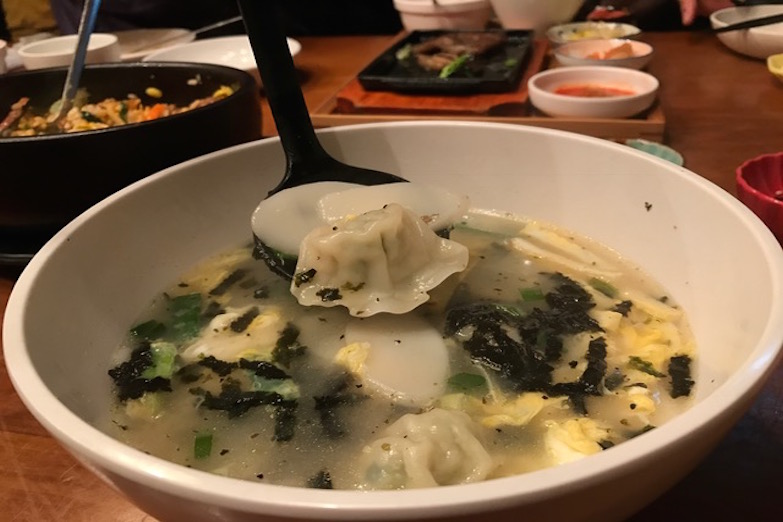 Those in the know about Korean Lunar New Year traditions will probably cheer at being able to find Korean rice cake soup with dumplings ($67 à la carte; $77 with the set), the traditional new year's meal, all year-round. It’s a simple, broth-based soup filled with egg, springy rice cakes and dumplings – and a healthy serving of pepper. A very simple, soothing dish. 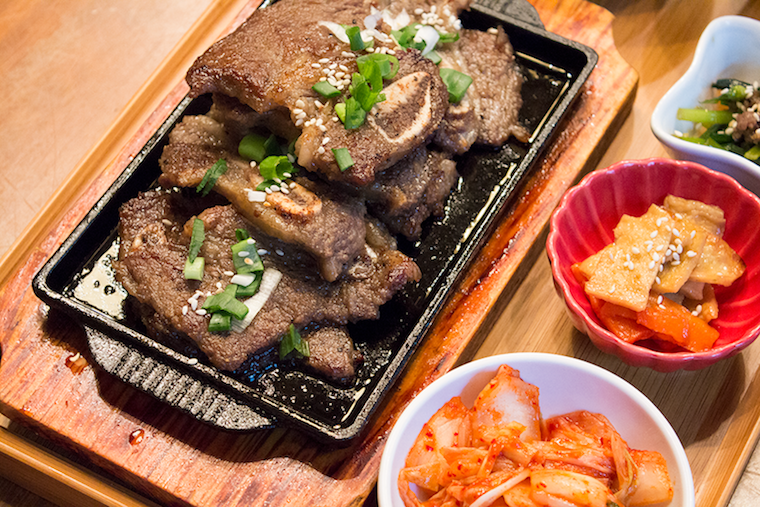 Our meal ended on a high with the LA prime ribs ($110 à la carte; $125 with the set). The meat was of good quality, with plenty of fat dripping out, and came as a healthy portion. The marinade was lovely, slightly sweet and included pear in addition to the standard ingredients of soy sauce, garlic paste and sesame oil.

GaGaHoHo is a good value-for-money option next time you’re craving simple, homestyle Korean food. We recommend topping up for the set as it’s a small price to pay for all-you-can-eat flavourful side dishes. We’ll be back for the spicy pork and LA ribs.