Of course we were excited when we heard Stockton, one of Asia’s 50 Best Bars, was launching a new cocktail menu. The sophisticated yet welcoming speakeasy has been widely praised for the quality of its libations, so we couldn’t wait to see what their talented mixologists had come up with.

Their new Minds Undone seriespays tribute to some of the world’s best literary figures. This may come as no surprise given that the bar is named after the legendary father of gonzo journalism, author Hunter S (for Stockton) Thompson, who was known for a boisterous, charismatic, experiential kind of genius. That’s not a bad vibe for a bar.

We were lucky to sample a variety of cocktails from their new menu, including: 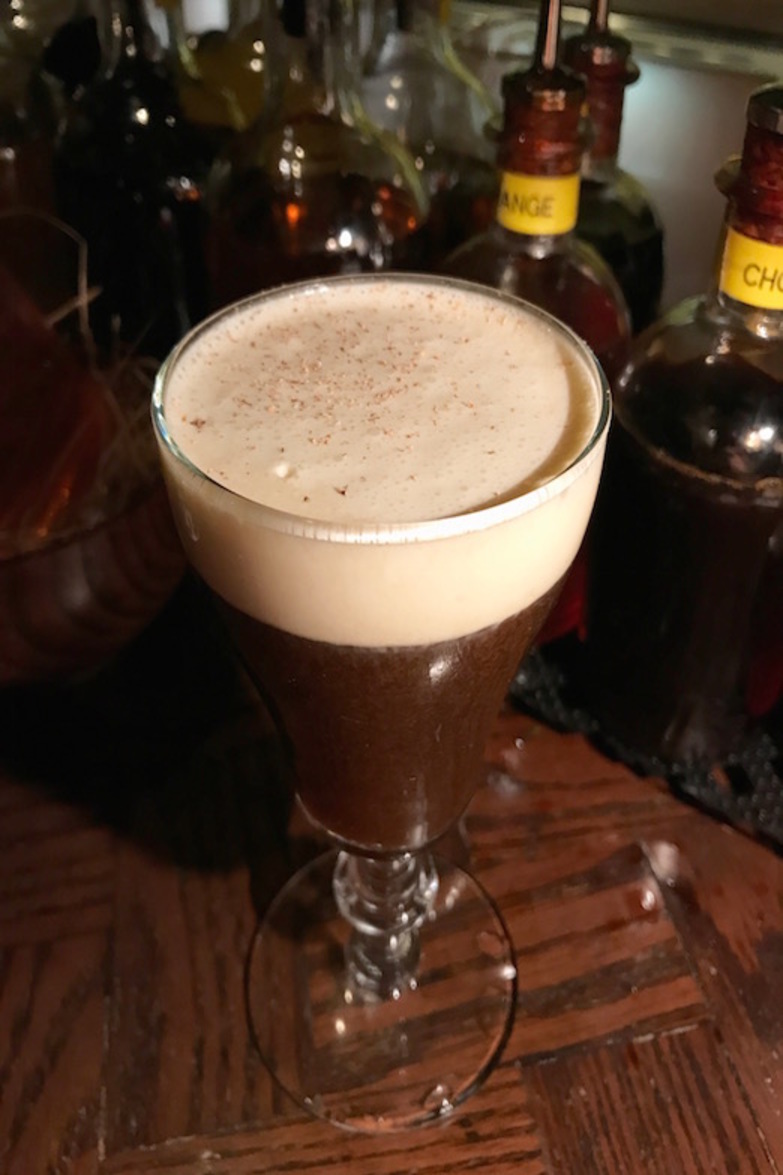 The Hunter S Thompson–inspired cocktail is a wonderfully creamy coffee concoction perhaps best suited for a post-work or post-dinner pick-me-up. Irish whisky and Gosling's Rum are mixed with notes of blackcurrant, pistachio and cardamom. It’s served warm, with a sweet, eggy foam on top. 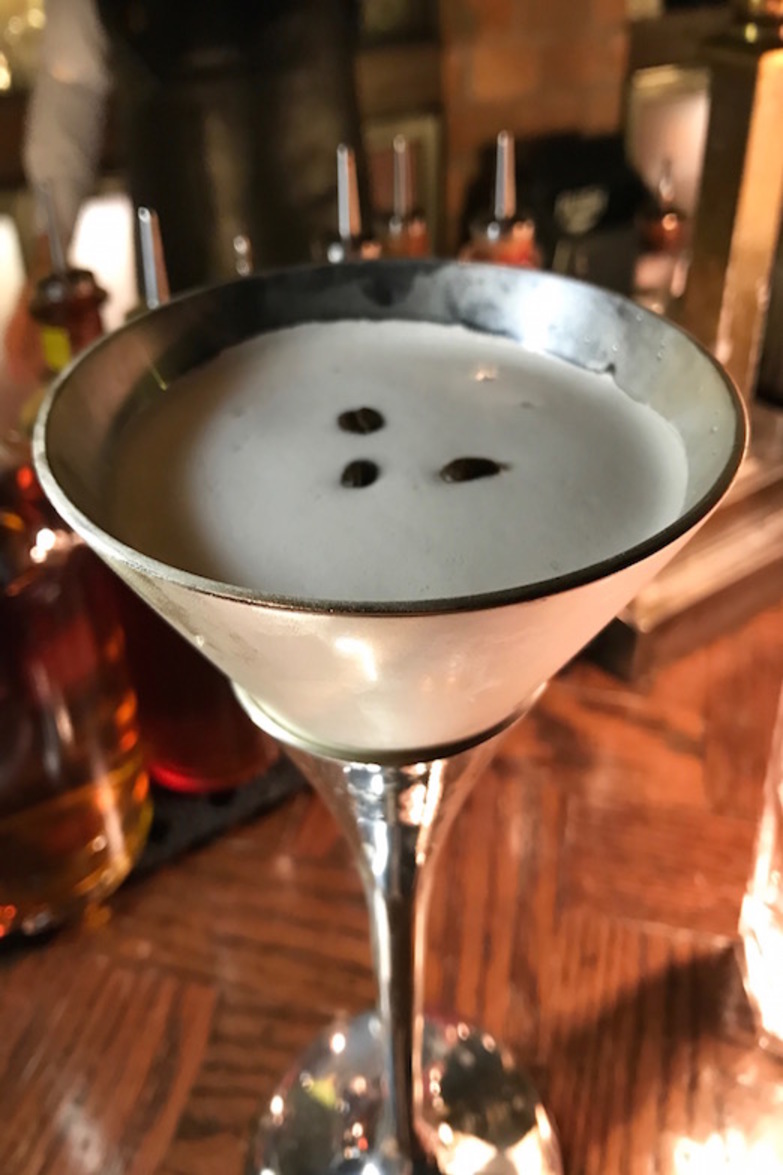 In contrast to the creaminess of Bat Country, Tender Addict – inspired by sensitive heartthrob F Scott Fitzgerald – is a refreshing coffee-based cocktail. This one uses Tanqueray gin and Islay whisky and has notes of lime, lemon, verbena, elderflower, orange bitters and, our favourite, egg white for frothiness. 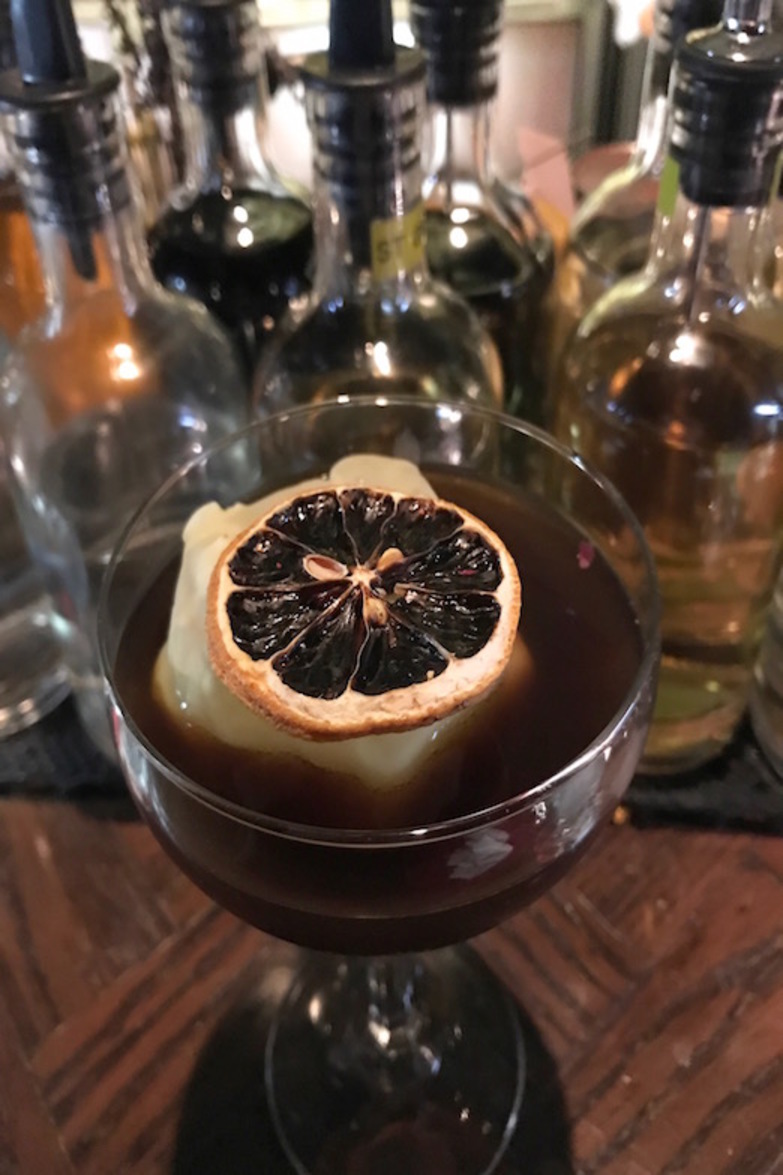 Legend has it that Zelda Fitzgerald made her husband so insecure about his manhood that he asked his friend Ernest Hemingway for a second opinion (!). A house rum blend, Irish whisky and Pedro Ximénez sherry are enhanced by malted banana, lime, cane syrup and mace. This is a strong one but is mellowed by the hunk of cocoa-butter-dipped ice in the middle. 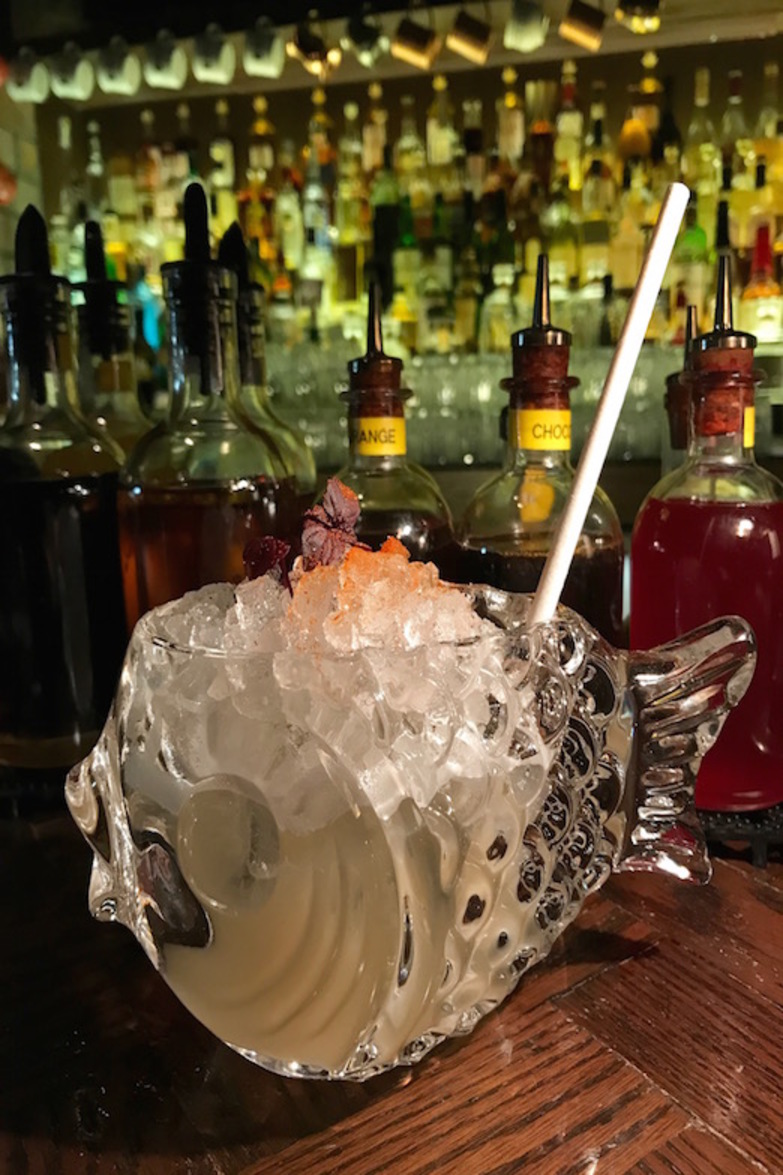 The sentiment behind this drink is that it’s never too late to change your life. After being fired as an oil company executive, Raymond Chandler reinvented himself as a crime novelist at the age of 44. This is one of the most impressively sized drinks on the menu. With two types of rum, fino sherry, coconut oil, egg white and marshmallow, it resembles a high-browed pina colada. 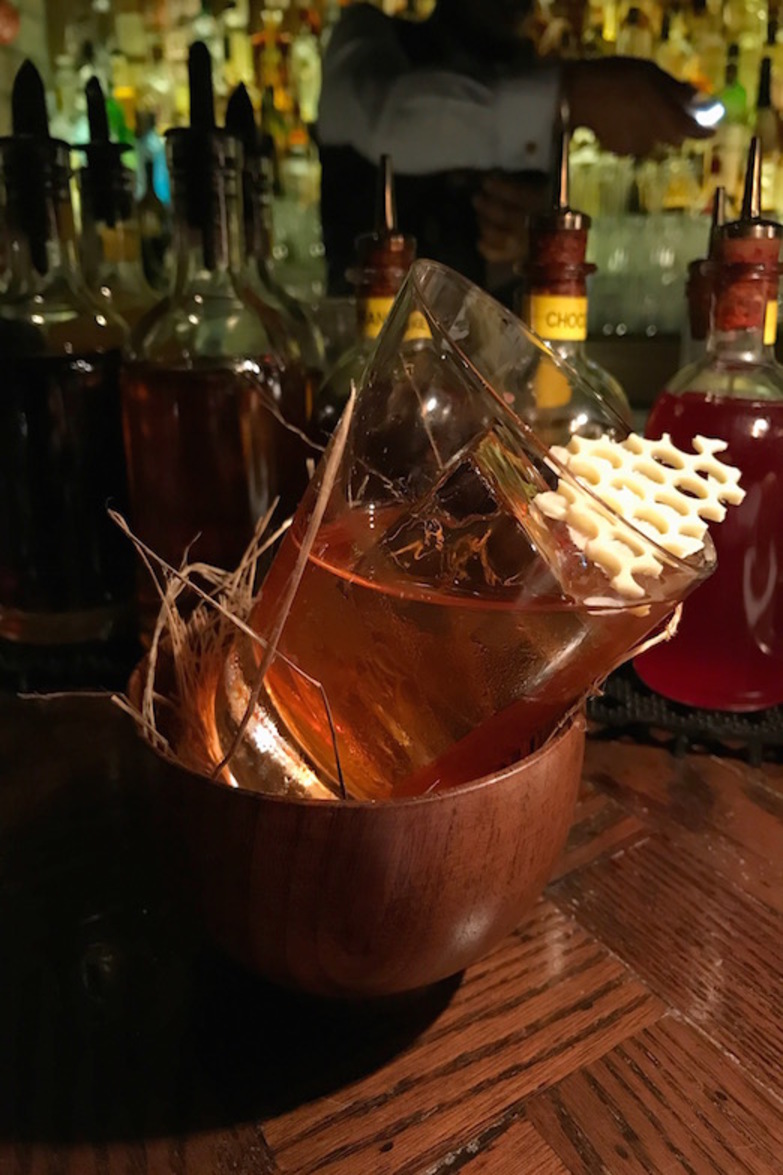 Knowing this cocktail is named after Edgar Allan Poe, it should come as no surprise that it’s one of the darker options. You could say that if a story contains blood, gore and death, it's a macabre work. Stockton’s mixologists have interpreted this as Martell Cognac with tonka beans, demerara, absinthe and two types of bitters. Beeswax is also melted in to give the flavour of honey without the sweetness. 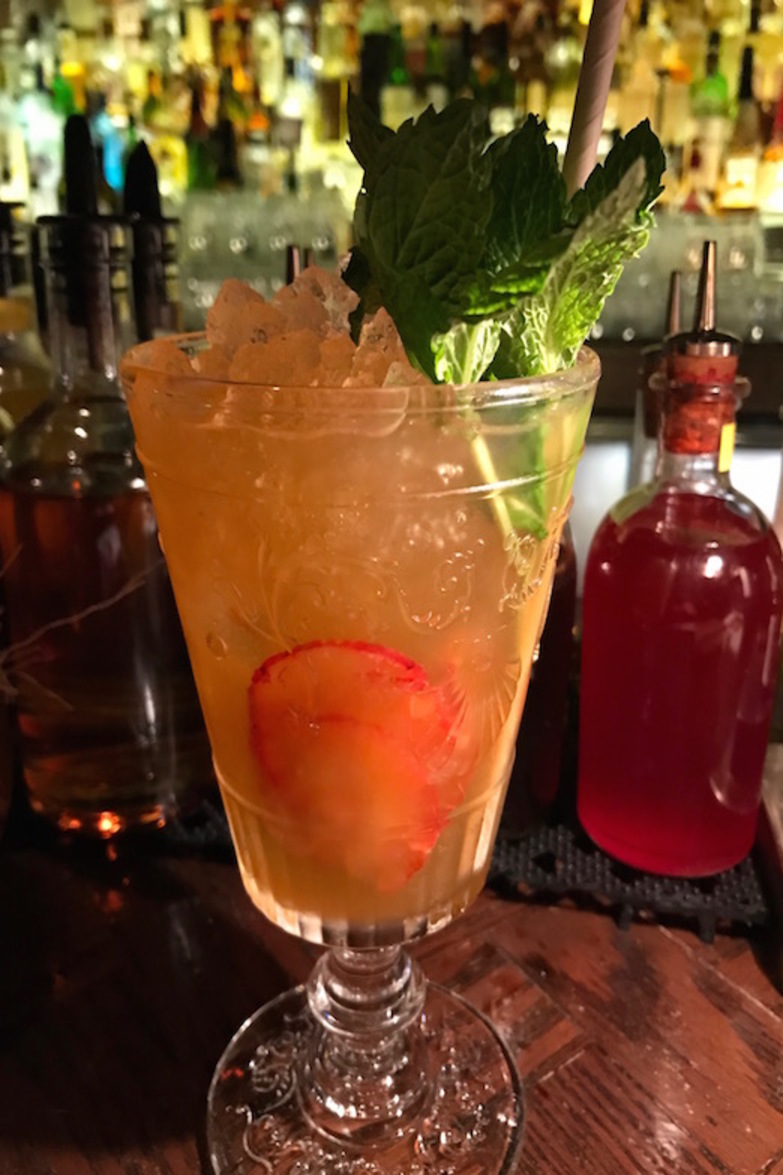 The last cocktail we tried was named after none other than the witty Oscar Wilde. This decadent, summery cocktail had Martell Cognac, absinthe and champagne along with mint, lime, strawberry and falernum. It was light, refreshing and layered without being too sweet.

Alcohol has long been a social lubricant and many a creative’s vice of choice, and Stockton serves it up in the best of ways. While they’ll continue to offer a wide assortment of quality whisky, champagne and gin, we think it’ll be hard to say no to trying one of their 13 new creations. Every cocktail we tried was thoughtfully executed, interesting and ever so smooth.