If you asked a group of Hong Kongers about their favourite restaurant in Kennedy Town, chances are a good number would say Catch. The bright, open, Melbourne-style restaurant has been offering up great food to happy diners for a few years now (and was our Readers' Choice winner for Best Brunch in this year's Foodie Forks Awards). What people may not realise is that the restaurant was opened by Alex Malouf, the nephew of award-winning Lebanese-Australian chef Greg Malouf. Building on the success of his first restaurant, Alex decided to open Mama Malouf, an eatery focusing on his mum’s Lebanese recipes, last year.

For eight months now, Mama Malouf – located right beside Catch – has been serving up homestyle dishes to city diners increasingly interested in Middle Eastern cuisine. And "homestyle" isn’t just a marketing gimmick – these really are many of the dishes Alex’s family grew up eating. After taking in feedback from guests, it was time to add some new items to the menu, which is now nearly double in size. Recently, we had the opportunity to try a couple of the new dishes and revisit some of our old favourites. 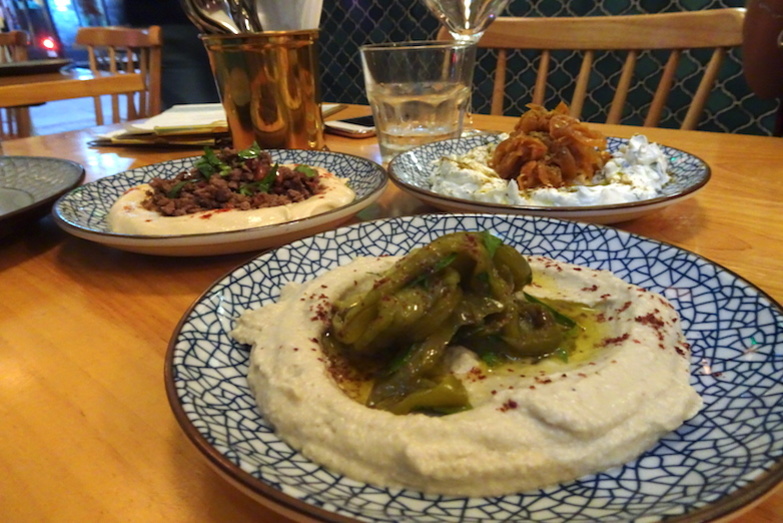 We started with a trio of dips. There was a delicious amount of tahini in the baba ganoush ($68), which was smoky with a hint of mint and topped with roasted green chillies. We also enjoyed the smooth hummus ($78), with lean minced lamb and mealy pine nuts. The cucumber labneh ($68) was very refreshing, sweetened by honey and tarragon and topped with caramelised onions. 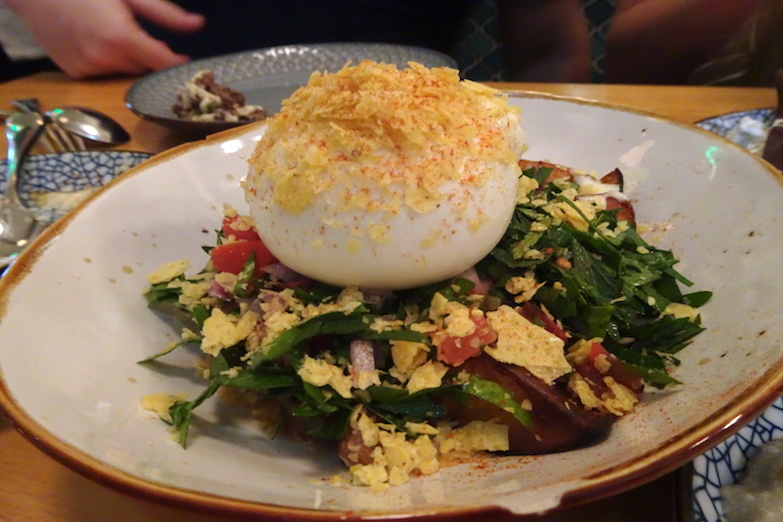 When we cut into the burrata ($128), it oozed pleasingly over the salad. The mild, creamy cheese mixed with the tahini, aubergine, tomato and parsley was light yet full of flavour – a perfect summertime dish. 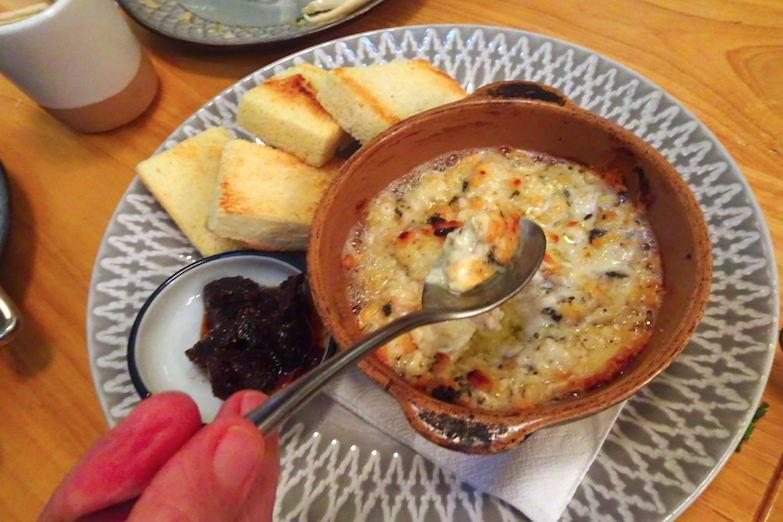 During our first visit to Mama Malouf, we’d loved the halloumi and fontina cheese fondue with fig jam on brioche ($118). It was just as delicious the second time around. The cheese wasn't stringy but scooped out and spread easily. A scoop of the fig jam with each bite helped to keep the salty cheese from feeling too overwhelming and oily. 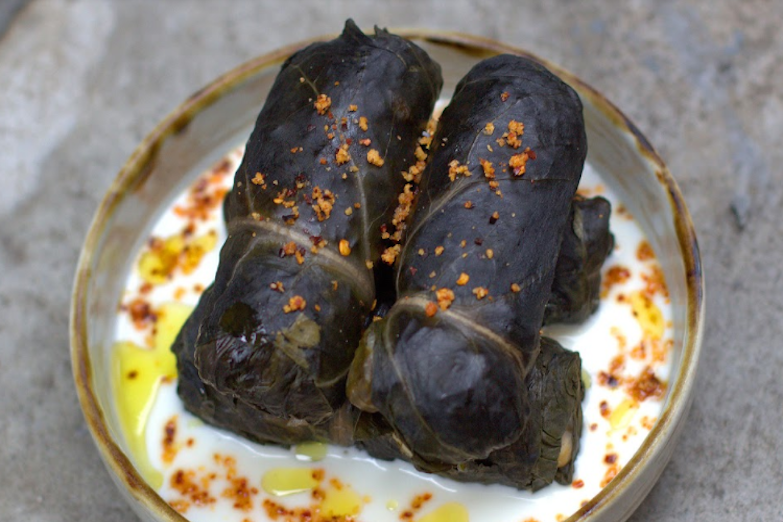 It was our first time eating selak ($108), a silver beet roll with a chickpea, rice and tomato filling. Mama Malouf's version is served with a mild yoghurt sauce made with Turkish chilli salt. This is a special-occasion dish in Lebanese households, as it’s so time-consuming to make (Alex told us up to 30 per cent of the rolls break while they’re being made). The silver beet tasted slightly earthy in a pleasant way, but overall this dish was a bit too bland for our palates. 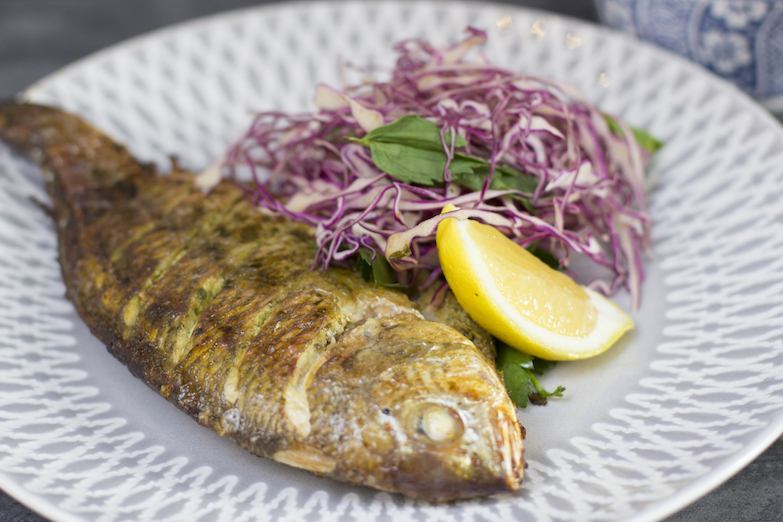 Each of the three beef kofta skewers ($178) were generous in size. While the seasoning was good, we found these to be on the dry side. The whole roasted baby snapper ($168) was much better, cooked to perfection and seasoned lightly to allow the natural flavours to shine through. We don't usually eat cabbage with our fish, but it turns out to be a common side for fish in Lebanese cooking, and we can see why. The crunch of the cabbage was a nice texture to have with the soft fish. On the side, we were also served perfectly crisp potato cubes in a cup.

We have only good things to say about the new desserts. The Turkish delight fondue ($68) was pleasingly simple. A cup filled with rose and vanilla Turkish delight was served with a cup of melted chocolate and another cup of crushed pistachios for dipping. There's nothing fancy about this, just quality ingredients for a satisfying end to a meal. 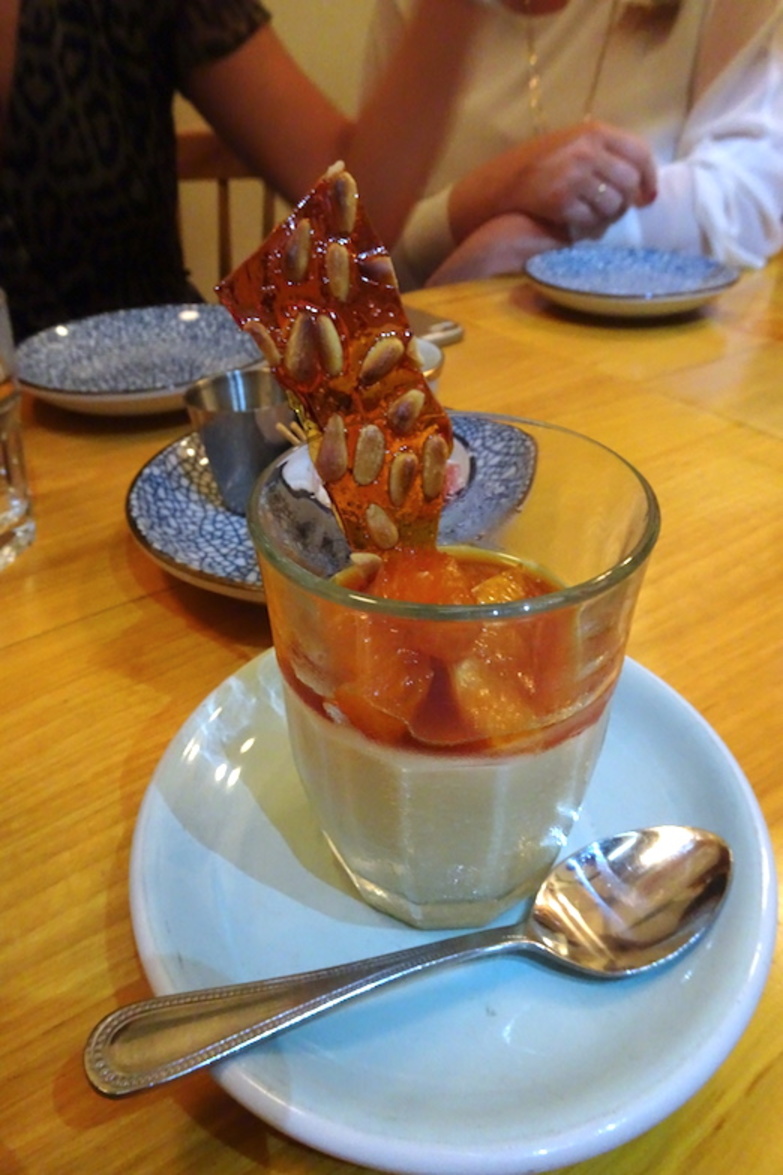 It was a tough call, but we liked our second dessert even more. The burnt honey with yoghurt panna cotta ($68) had such interesting depth of flavour, with the bitterness of the burnt honey contrasting with notes of orange blossom and mandarin. At the same time, the yoghurt base was so refreshing we wanted to lick the glass clean.

Mama Malouf doesn’t serve up fancy, complicated food, but this is its strength. When our schedules are packed and we’re overloading our bodies with toxins from too many meals out, it’s nice to eat a well-cooked meal that isn’t overly complex. Here, guests are served homestyle food where the portions are generous for the price. We’ll definitely be back to try more dishes on the new menu.