A new French spot in Central to satisfy your cravings for meat, cheese, butter, cream and much more

There‘s no shortage of French restaurants in Hong Kong, but one of the newest comes with an interesting backstory. Rumours of three-Michelin-starred chef Yannick Alleno opening a restaurant in Hong Kong started back in 2006. But Michelin-starred chefs demand excellence, and it took some time to find the right partner, location and timing. But that’s all sorted now and his casual bistro, Terroir Parisien (part of Epicurean Group), has just opened in the LANDMARK Prince’s Building.

Hong Kong has a thing for F&B spots in shopping malls, and Terroir Parisien joins top-ranked restaurants such as Joël Robuchon and bars like Dr Fern’s Gin Parlour in the LANDMARK complex. You’ll recognise it from the cute Paris Metro–like front. 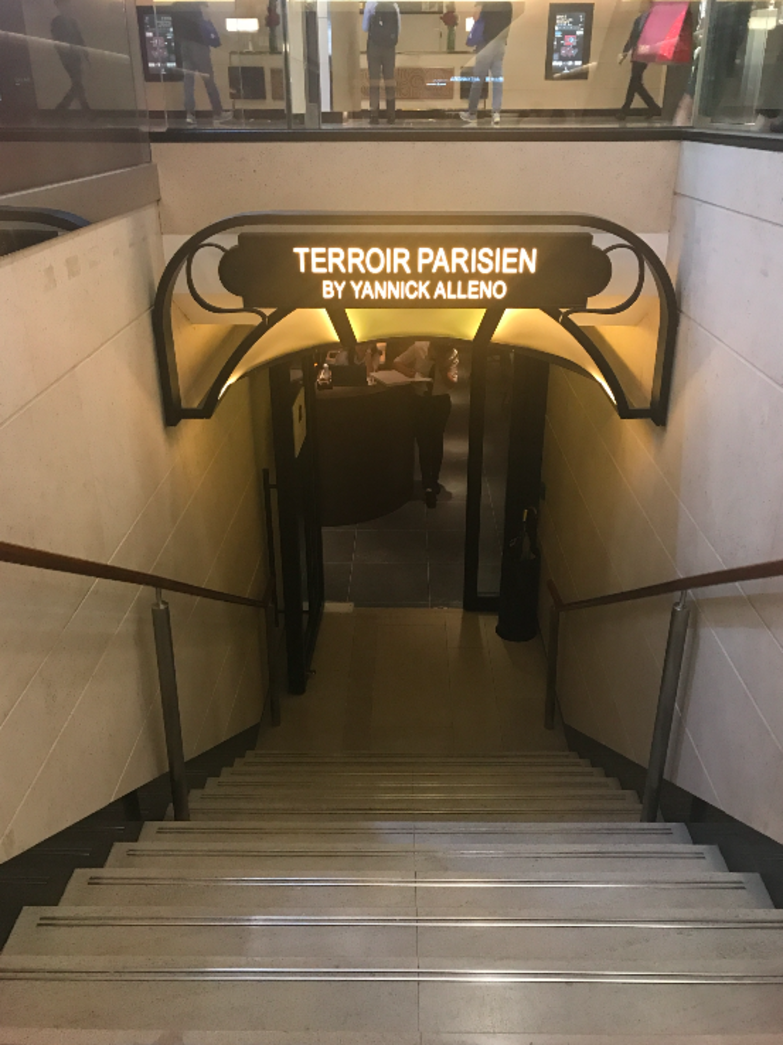 But first things first, how does one correctly pronounce Terroir?

After some research, it turns out that terroir is a French word (obviously) but one that has been adopted into the English language as is. There is no direct translation, but it means “the environmental conditions, especially soil and climate, in which grapes are grown and that give a wine its unique flavour and aroma” (www.dictionary.com). Basically, Terroir Parisien aims to capture the unique essence of Paris and bring it to Hong Kong via a new bistro.

To understand why a Michelin-starred chef would want to open a casual, 130-seat French bistro, take a look at his background. Chef Alleno grew up humbly and started working in bistros when he was just 15. What he appreciated about them were that they were neutral places where people from all walks of life could enjoy the same food. Now armed with accolades, he remains down to earth and wants to spread French bistro culture around the world.

Recently, we had the opportunity to sample a few dishes from Terroir Parisien’s menu.

The charcuteries artisanales platter ($248) is great for sharing. It presents a variety of the restaurant’s terrines and pâtés. The pork and chicken liver pâté with morels and pig-snout jelly terrine with shallots were our favourites for their fresh, rich and fatty (in a good way!) flavours. 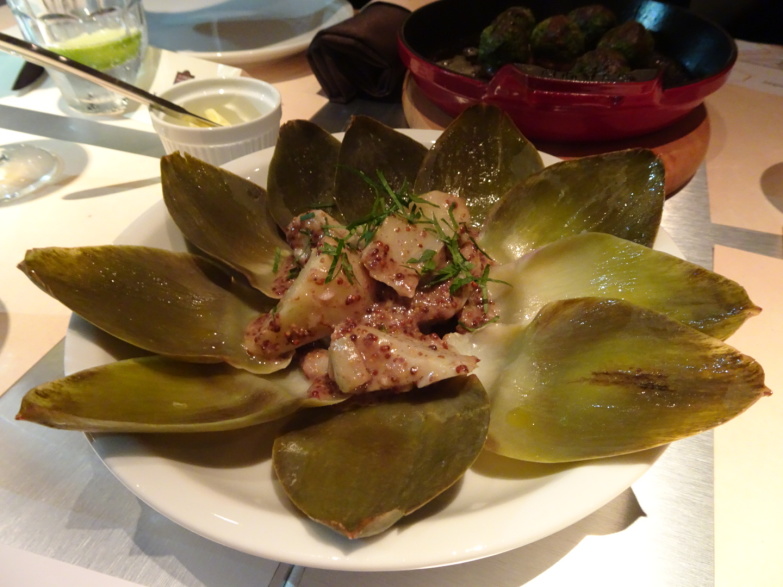 Wholegrain mustard is one of my favourite condiments. Usually I eat it with grilled meat or French fries, but it was also a wonderful accompaniment to the warm artichoke salad ($135). The dressing wasn’t too strong and the artichokes were melt-in-your-mouth delicious. 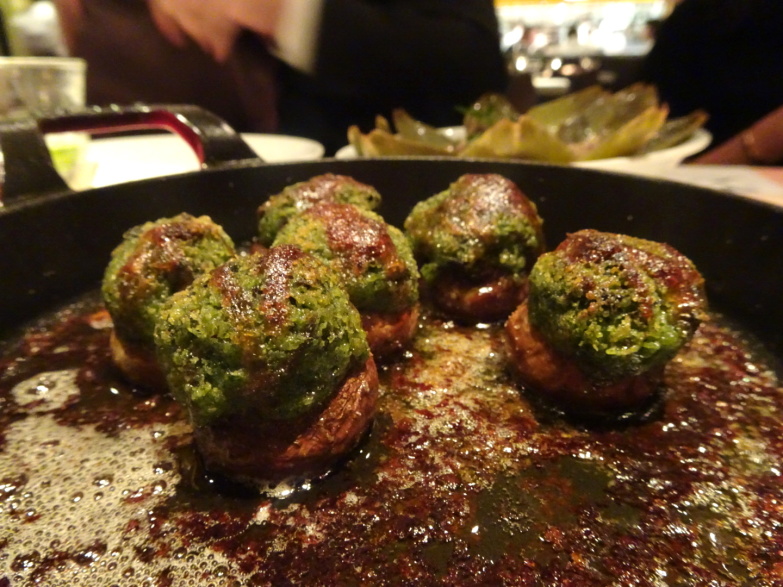 Escargots with garlic and butter ($158) are a French staple. At Terroir Parisien, they come baked in mushroom caps, a nice twist on the classic. The sauce disappeared a bit too quickly, which was unfortunate; we would have liked a lot more of it to mop up with our bread. 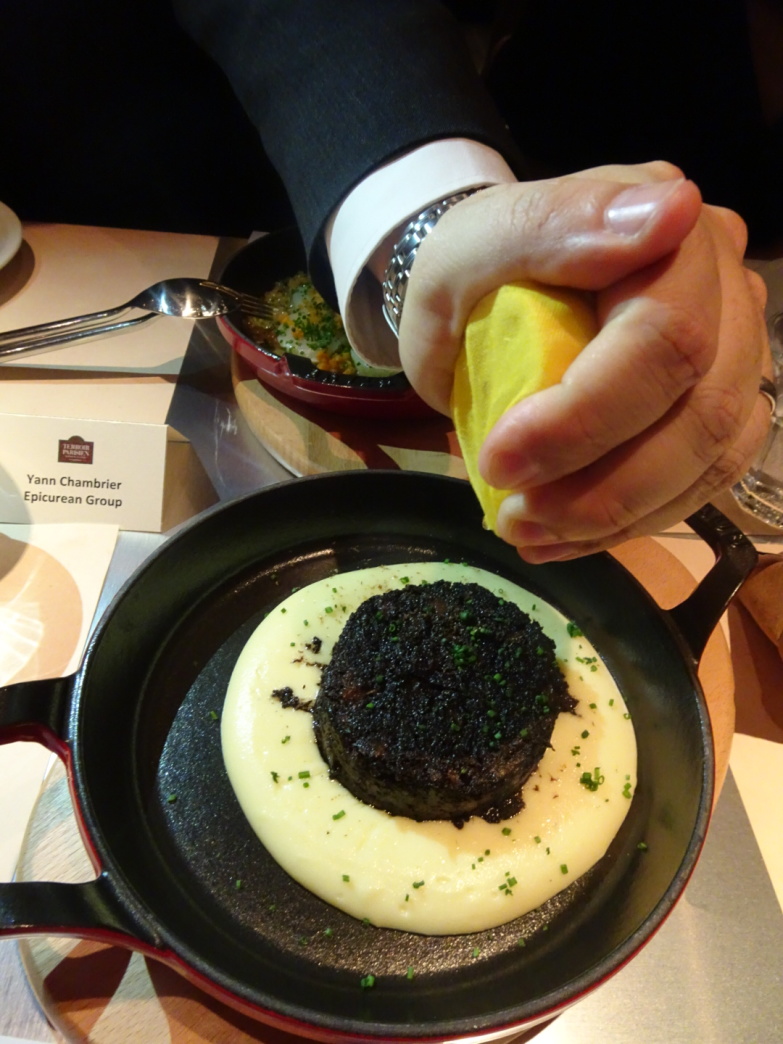 The mains were all done really nicely. While the black pudding ($248) was served atop butter-laden mashed potato, the whole dish managed to be rich and savoury without being overwhelming – comfort food at its finest. 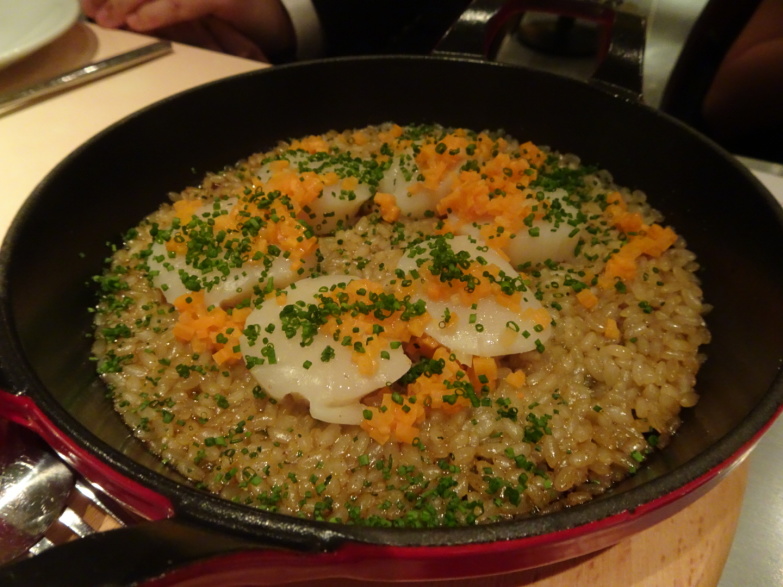 Another comforting dish was the pilafaela ($288), a pilaf/paella-style dish that has been exclusively created for the Hong Kong market. It was light yet very fragrant; the Japanese rice was cooked to a perfect chew, infused with a gingery broth and topped with a generous serving of fresh sea scallops.

There are a whopping seven desserts on the menu, ranging from a refreshing lemon sorbet and cream served inside a halved lemon to a flourless tarte au chocolat. All the desserts we tried were good, but our favourites were the Saint-Honoré ($88), made with the freshest cream and custard, and the brioche Nanterre ($98), with the bread soaked in vanilla-flavoured milk and the outer layer brûléed. 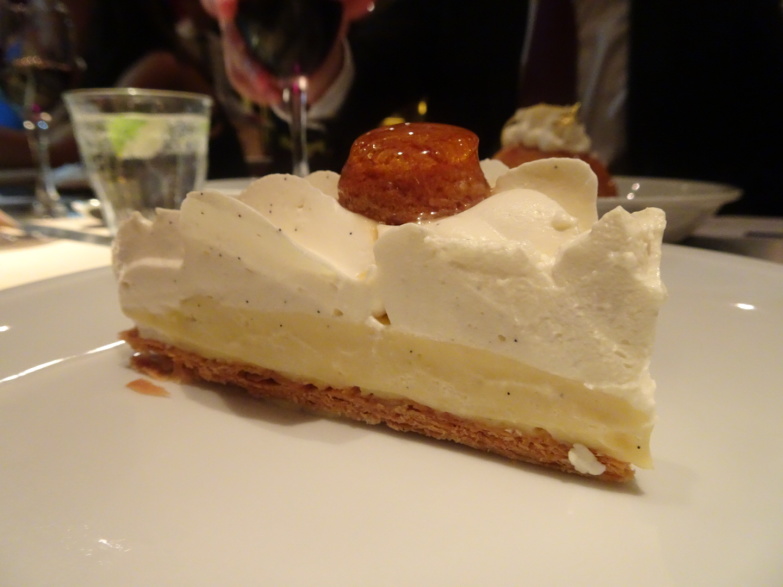 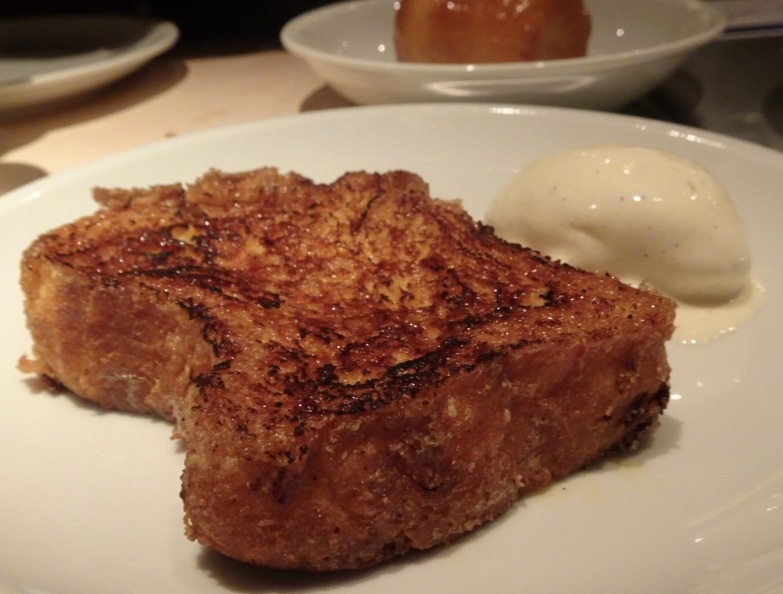 Terroir Parisien is now open for lunch, dinner and happy hour, and afternoon tea will follow shortly. It succeeds at being a welcoming spot for everyone, though with its location in Prince’s Building, it’s sure to draw a heavy office crowd, at least during the week. The vibe is unpretentious (though not romantic) and prices are reasonable given the quality of the food.