Modena, a small town in northern Italy with a population of less than 200,000, has had a lot to celebrate lately. Not only has it become known worldwide for three-Michelin-starred Osteria Francescana (thanks Chef’s Table on Netflix for spreading the joys of its existence even further! #dreamfoodiedestination), but it’s also celebrating its 2,200th birthday this year. Perhaps less well known is that Modena has a long history of producing balsamic vinegar.

To celebrate this milestone birthday, Cucina, the Italian restaurant at the Marco Polo Hongkong Hotel in TST, and Cottage Vineyards, a wine and balsamic vinegar specialist, put on two decadent six-course balsamic-vinegar-focused dinners in January (with ample wine pairings, of course). For those who missed the dinners but are curious to sample some delicious aged vinegars from Modena, Cucina is keeping on two dishes from the dinners as seasonal specials. Get them while you can; they’re available until 15 February 2018.

For those who haven’t been to Cucina, it’s a cosy, romantic spot with great views of the harbour. The decor is charmingly classic in an old-school way. It could be a quiet spot to celebrate a special occasion or even Valentine’s Day (less than two weeks to go!). 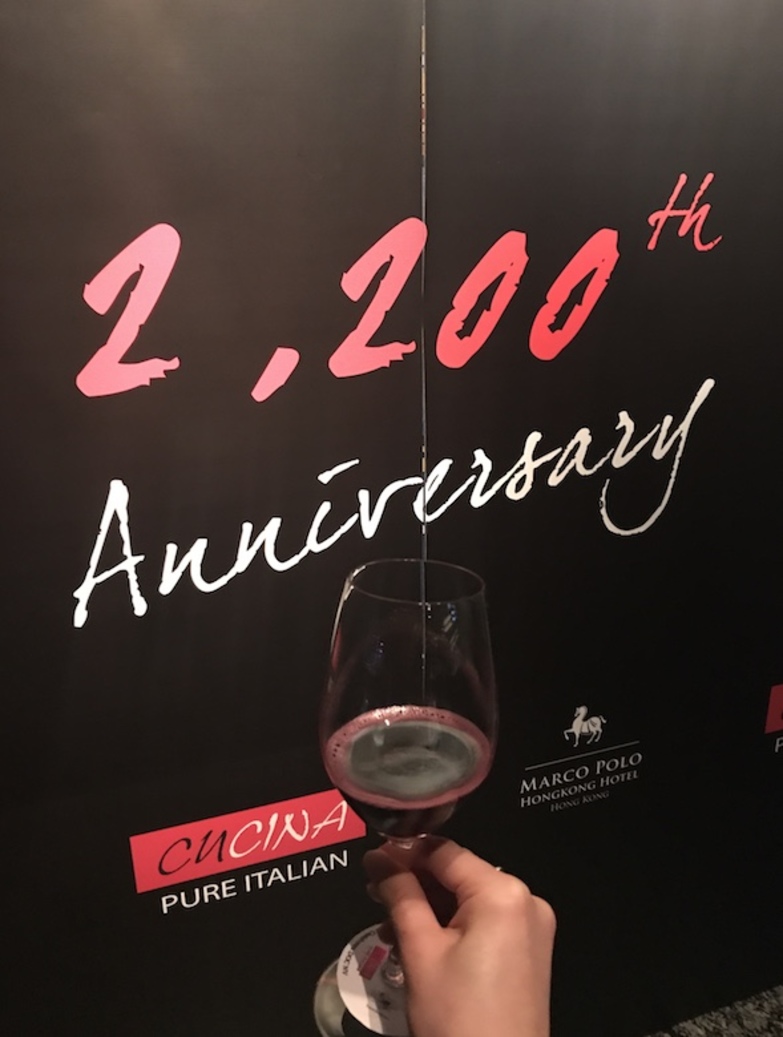 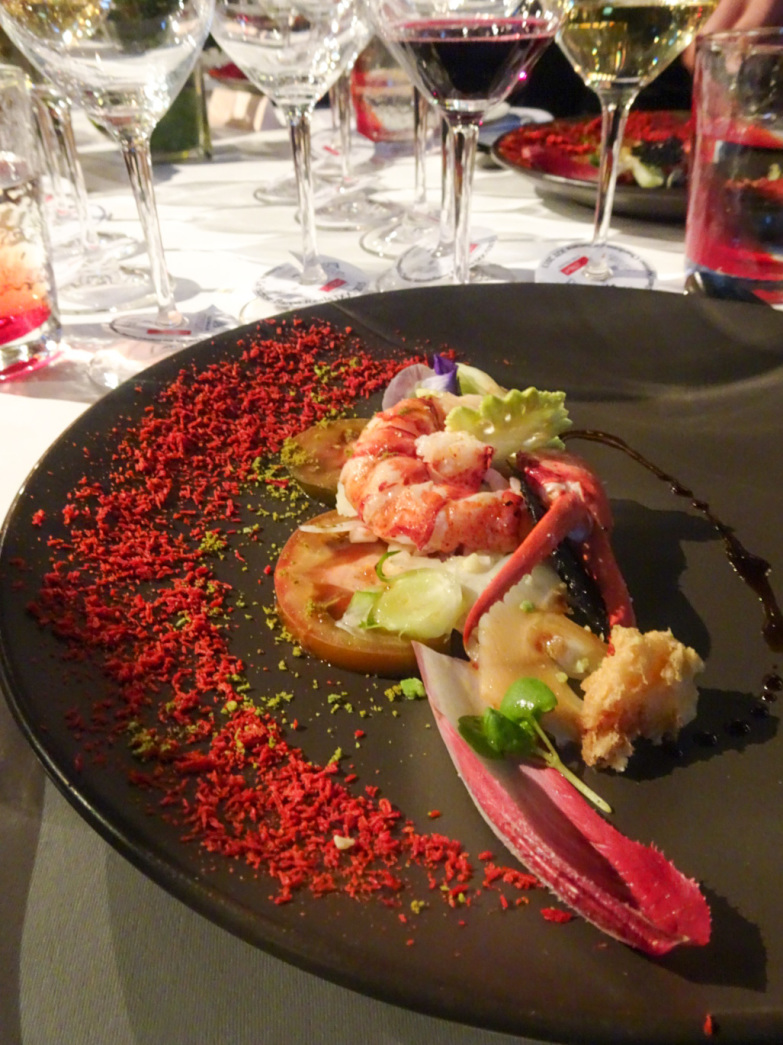 Most people probably think of soups and stews as winter foods (especially in Asia), but this winter salad ($308) was worth eating outside the box. The portion of lobster was generous, and its sweet flesh went well with the bitter endive, juicy tomatoes and oily crackers. On the evening we tried this dish, all six courses contained some balsamic vinegar, so the tiny drizzle here made sense. However, if this is the only balsamic-laced dish you’re ordering, it might be worth asking for some extra. The six-year-old Nerone is made with Trebbiano grape juice and aged in wooden barrels; this results in a slightly sharp vinegar that paired well with the freshness of the salad. 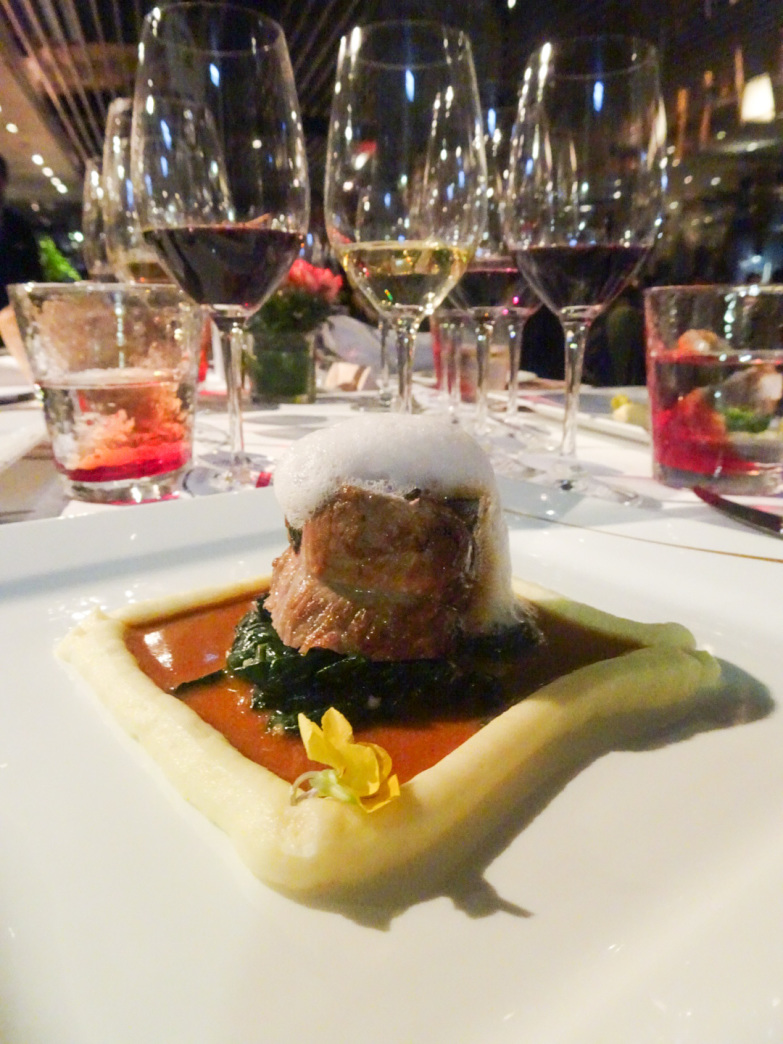 A medium-sized portion of roast veal loin ($458) was sat atop a bed of garlic spinach, surrounded by a whipped potato moat and accented with a sweetly sour balsamic-based sauce. While the overall dish didn’t knock our socks off (perhaps the pork could have been more tender, the portion more generous), we enjoyed trying the pairing of a sweeter balsamic vinegar with the oiliness of the pork. The 12-year-old vinegar used for the sauce was quite dense and fruity; they let us sample it by the spoonful as well.

High-quality, aged balsamic vinegars are hard to come by in Hong Kong. If you’re looking to impress the foodie in your life with an unusual meal, check out one or both of these dishes at Cucina while you can.