Get your truffle fix at four locations around town

Recently, DiVino Group held a media dinner to showcase one of the winter season’s most prized ingredients: the black truffle. They’ve brought in a number from Norcia, a town in the centre of Italy that is known for growing ”tartufo” truffles; the ones they brought out to show us were nearly as large as the Italian dessert. The group has four restaurants: DiVino Wine Bar & Restaurant in Central, Divino Patio in Wanchai, Spasso in TST East and Carpaccio in TST. Each will be serving three special truffle-enhanced dishes until the end of March 2018. 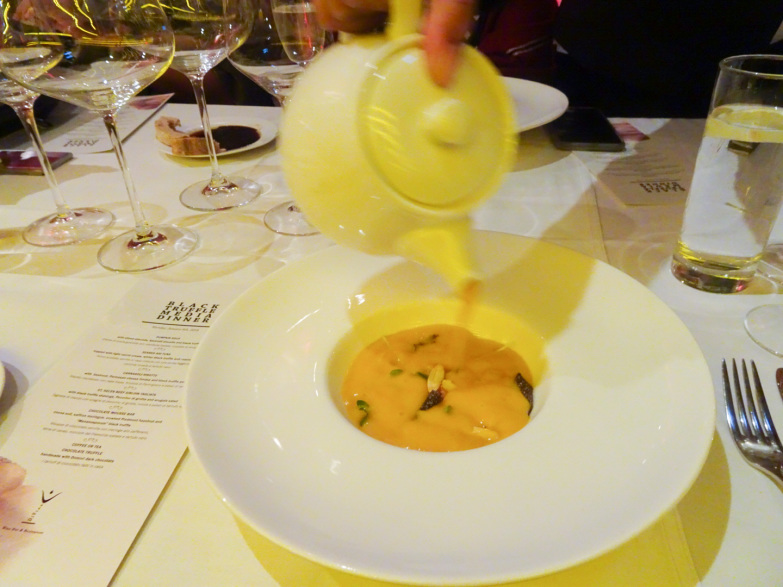 Off the dishes we tried, the ones from Carpaccio were my favourites. First up was this pumpkin soup ($198). I like my pumpkin soups thick and sweet, rather than broth-like and savoury. This version was lush, almost like dessert, with sliced almonds and little chunks of amaretti biscuits. It could have stood on its own, but of course the black truffle shavings added a layer of hearty, nutty fragrance. My only complaint is that the portion was on the smaller size; four or five spoonfuls and it was gone. 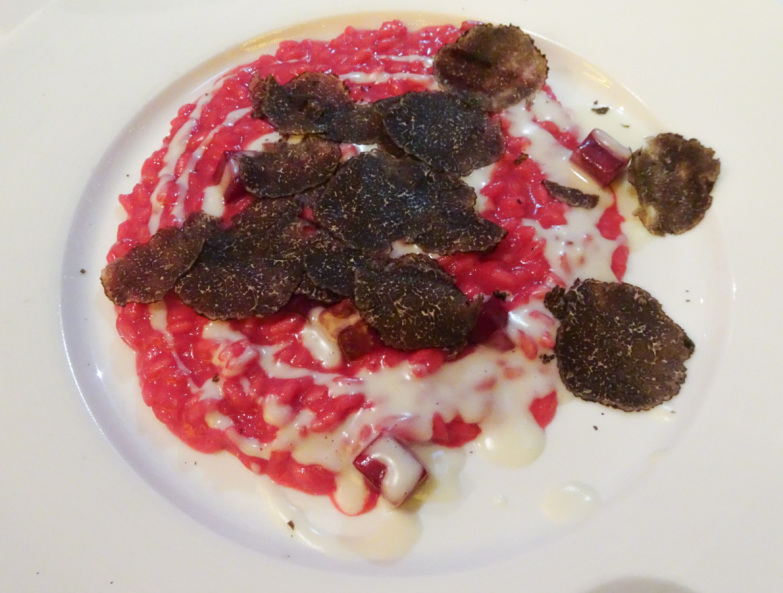 The beetroot risotto with Parmesan cheese fondue ($238) was also worth the calories. Nothing too out of the ordinary here, just al dente rice grains coated in a thick, creamy, salty, sweet sauce before being topped with black truffle shavings. If you’re looking for something rich and comforting on a cold night, this would do the trick. 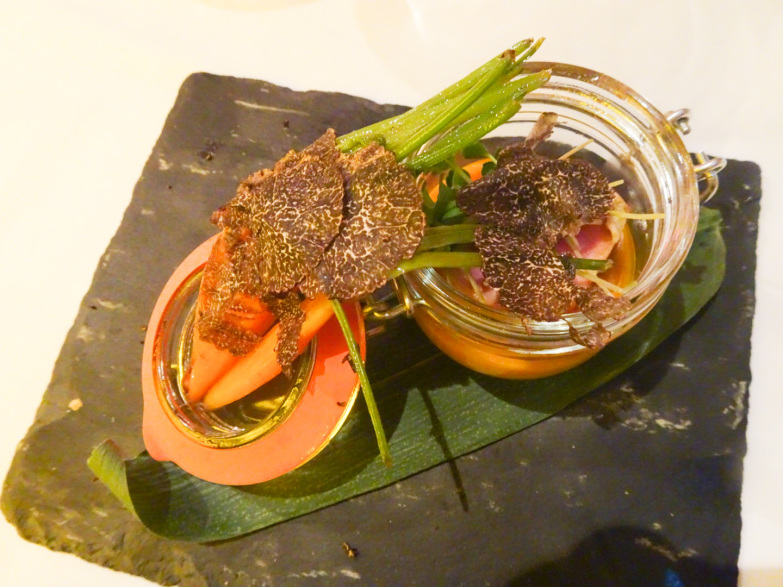 We didn’t get to try the third dish on Carpaccio’s menu (a homemade vegetarian tagliatelle carbonara) since we were offered dishes from the other restaurants. The carrot cream in the seared ahi tuna ($198) from DiVino was awesome – salty, nutty and absolutely addictive, perhaps even more so than the pumpkin soup. However, the tuna itself was more lean and cooked through than I like, and while beautifully presented, this dish was a bit difficult to eat. Our table wasn’t really sure whether to poke at the tuna in the tiny jar or dig it out and eat it on the rimless serving platter; it ended up being 50/50.

The only dish I would skip would be the beef sirloin tagliata, also from DiVino, since the meat was quite tough.

If you’re looking to get your truffle fix this winter, take a look at DiVino Group’s offerings and see if anything piques your interest. If not, you can also add shaved truffles to any dish on the restaurants’ menus. The group have also introduced  a lovely dessert wine named Gocce di Passito; this made for a satisfyingly sweet, syrupy end to our meal.