Now with a new location on SoHo’s Old Bailey Street

Tai Kwun’s much-anticipated opening has re-established SoHo as a culinary hotbed filled with vigorous foot traffic, and The Sultan’s Table has snapped up a new spot on Old Bailey Street, a stone’s throw away from the site, to wisely cash in on this renewed interest. A new location means a makeover, and although traditional Mediterranean and Turkish cuisine are still the focus, the lunch and brunch offerings have had quite the overhaul.

We were greeted by an open and low-ceilinged room that’s able to seat about 50–60 people, with a dimly lit mural spanning the length of a handful of tables and sofa seats accented by intricate woodwork panels mixed with modern minimalism.

A large spread of starters was set out upon our arrival as part of the restaurant’s semi-buffet lunch. We could smell the tantalising spices wafting off the buffet spread and quickly got down to business. 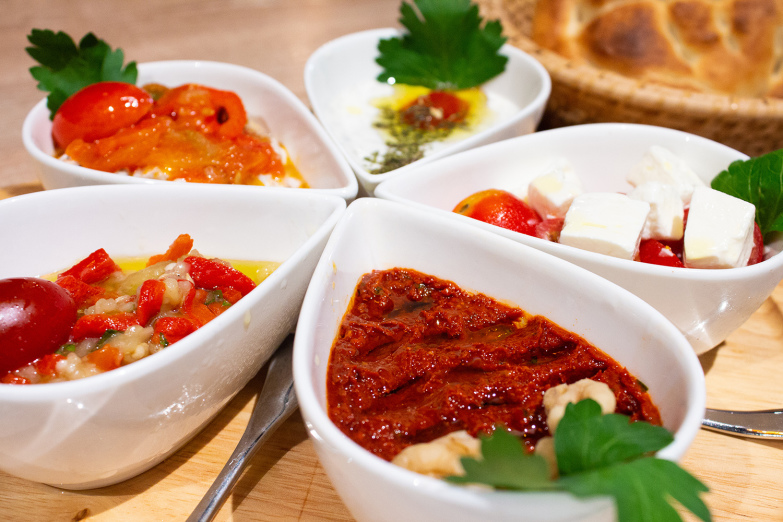 The only proper way to begin a Mediterranean/Middle Eastern meal is with mezze, and we eagerly tucked into Little Little in the Middle ($198), which should be renamed Lots Lots in the Middle, because, holy hummus, there was nothing little about this starter. A mixed mezze advertised for two people, it could easily have fed 3–4, a portion trend that we would notice throughout the rest of our lunch. 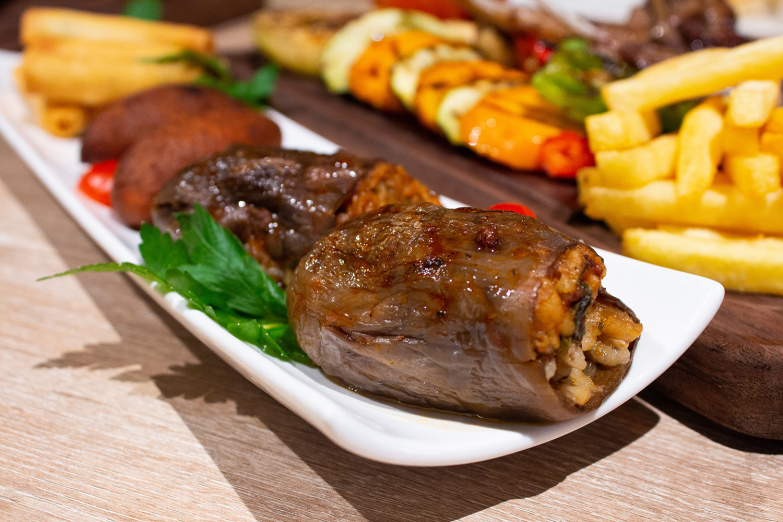 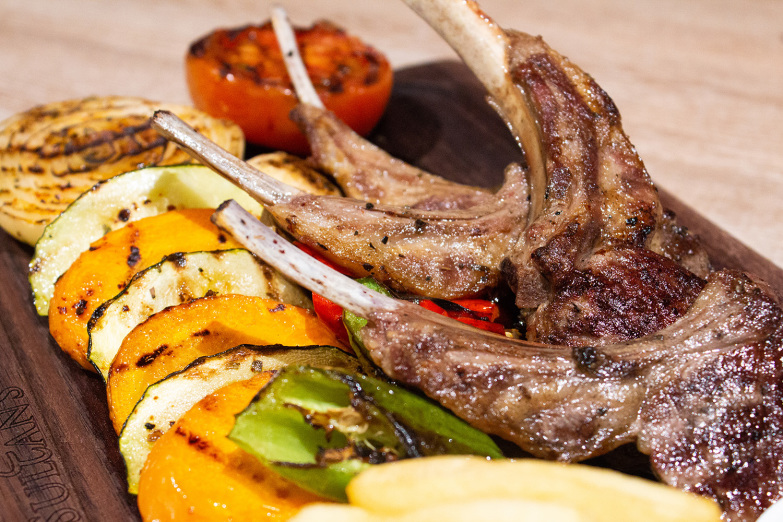 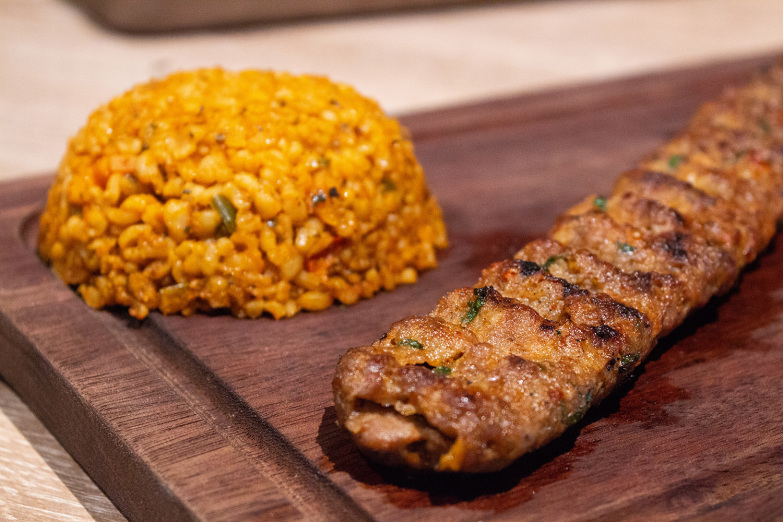 Lamb is the name of the game at The Sultan’s Table – from the aromatic dolma ($128), a hollowed-out, sun-dried aubergine stuffed with spiced rice and minced lamb, to the kibbeh ($128), a Turkish-style croquette filled with minced lamb, beef, cracked wheat and walnut, to the oversized Adana kebab ($288), a skewer of minced lamb jazzed up with chilli pepper and bulgar wheat, served with spiced rice and a tangy yoghurt sauce, to the whole rack of lamb ($258). Expertly grilled, served with bowls of tossed salads, a medley of grilled vegetables and fries, we feasted pell-mell, reaching across the table in a frenzy of limbs, getting our hands dirty and paying our respects to the kitchen in a way that only a juicy and ambrosial lamb rack demands.

The Adana kebab deserves a standing ovation of its own; it was perfectly spiced and cooked and served with a mound of fragrant, flavourful rice and homemade yoghurt. Quite simply, a trifecta of dreaminess and one for the books.

The only part of our lunch that fell flat was the serving of fried rolls with cheese ($128), a trio of handmade Turkish yufka pastry stuffed with feta and parsley. As skilled as we considered both its execution and the flakiness of the pastry, the flavours of the filling didn’t stand out or leave an impression amongst the distinctive depth of the other dishes. 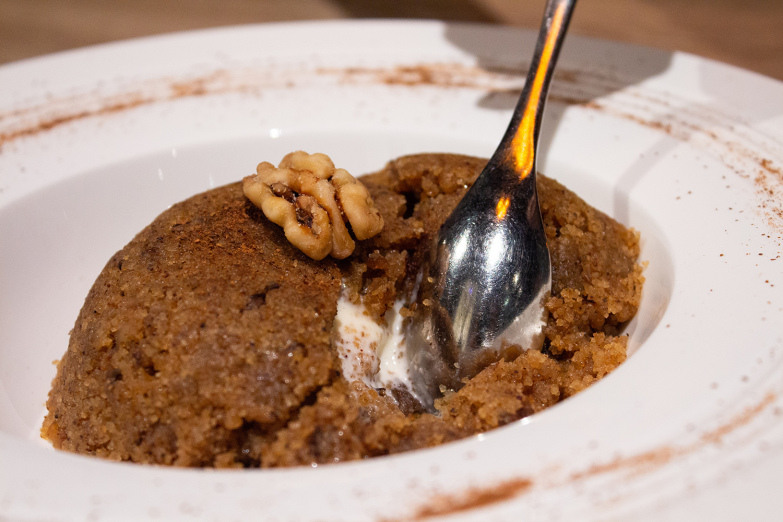 Though it was tough finding stomach space for any more food, the dondurmali irmik ($98) came with a fascinating Arabic history that kept us entertained as we coaxed our bellies to accept more. This aromatic walnut cake made with semolina and milk is widely served during fasting periods. Gritty and moist, with a dollop of vanilla ice cream in the middle, this unique dessert left us with a sweet finish.

Overall, we had a lovely, flavourful and well-executed meal accompanied by fine, attentive service. The Adana kebab was a standout and, without a doubt, the highlight that makes a revisit worthwhile. Portions were more than generous for two people, in our opinion, and we had plenty of leftovers to take home. Come September, after rounds of recipe testing, diners can look forward to a revamped brunch menu and an upgrade from a semi-buffet lunch to a full buffet spread that includes mains.