Shanghai Lo at The Tonno in Wan Chai has been very busy this past year, and the results are telling: under the helm of Executive Chef Cheung Kam Wah, there's a new menu on the table. Working with an 'East meets West' theme, this collaboration with The Glenlivet is hot on the heels of Shanghai Lo's recent rebranding as a stylish Shanghainese and Cantonese crab kitchen.

A little bit of background on The Glenlivet: this whisky distillery is located near Ballindalloch in Scotland and is the oldest legal distillery in the parish of Glenlivet, having taken out its licence in 1824 (even though they were already illegally distilling the best whisky of that region way before that, but shh...). All right, history lesson over, let's move on to the stuff you're really here for: 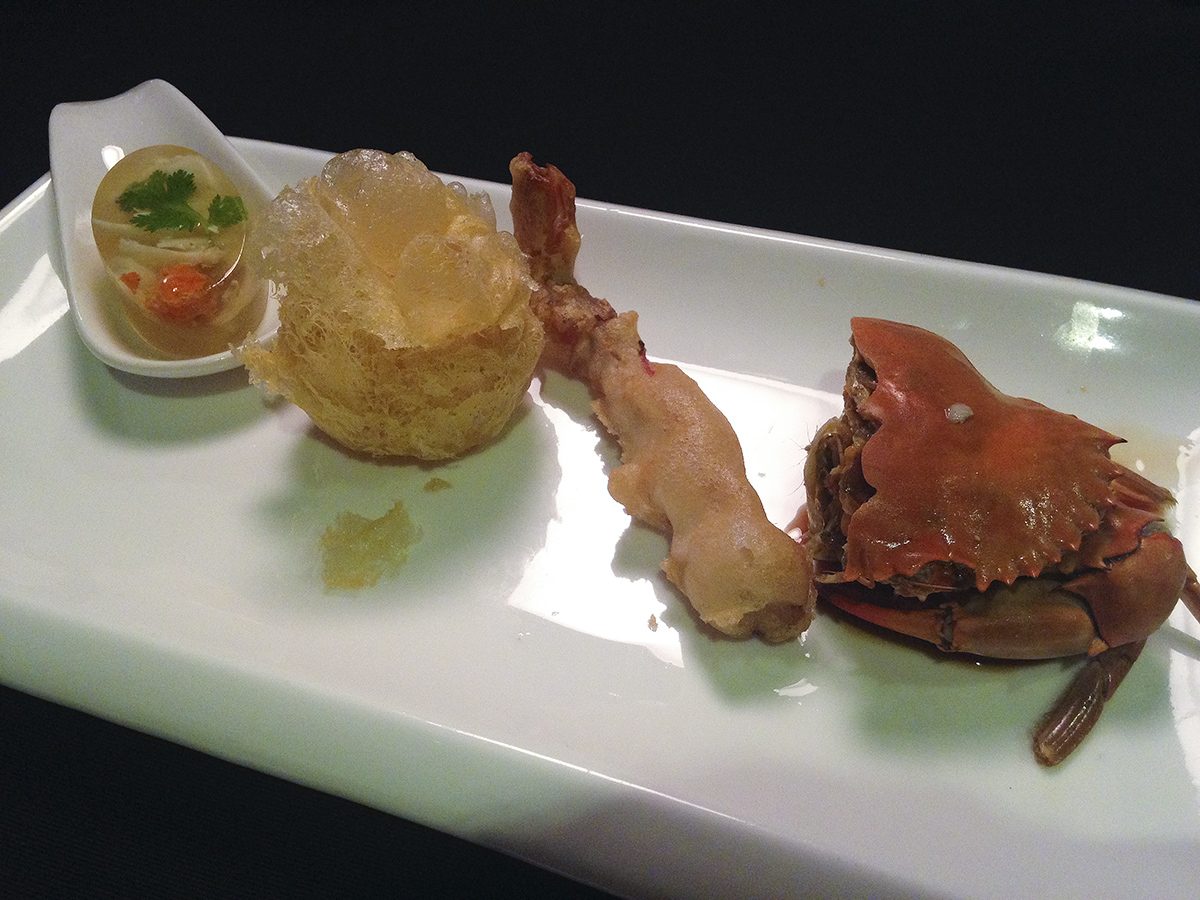 The menu started off with a range of appetisers: chilled crab claw jelly, crispy crab cake with mashed potato, snow crab claws in Sichuan style and marinated crab with Huadiao wine and dried plum. The jelly was firm and smooth, with a saturated, fresh flavour. The crispy crab cake was light and flaky on the exterior, but with the first bite, the dense, creamy filling oozed out, adding a lovely contrast to the crunch of the shell. The crab claw was soft and chewy, and the marinated crab came with a surprisingly strong hit of Huadiao wine that overpowered the crab taste – not my favourite but so far, so good.

The starters were paired with the 12-year-old expression of The Glenlivet; this is a classic Speyside-style single malt with a vanilla and oaky finish and a sweet and fruity, almost orange-y flavour. 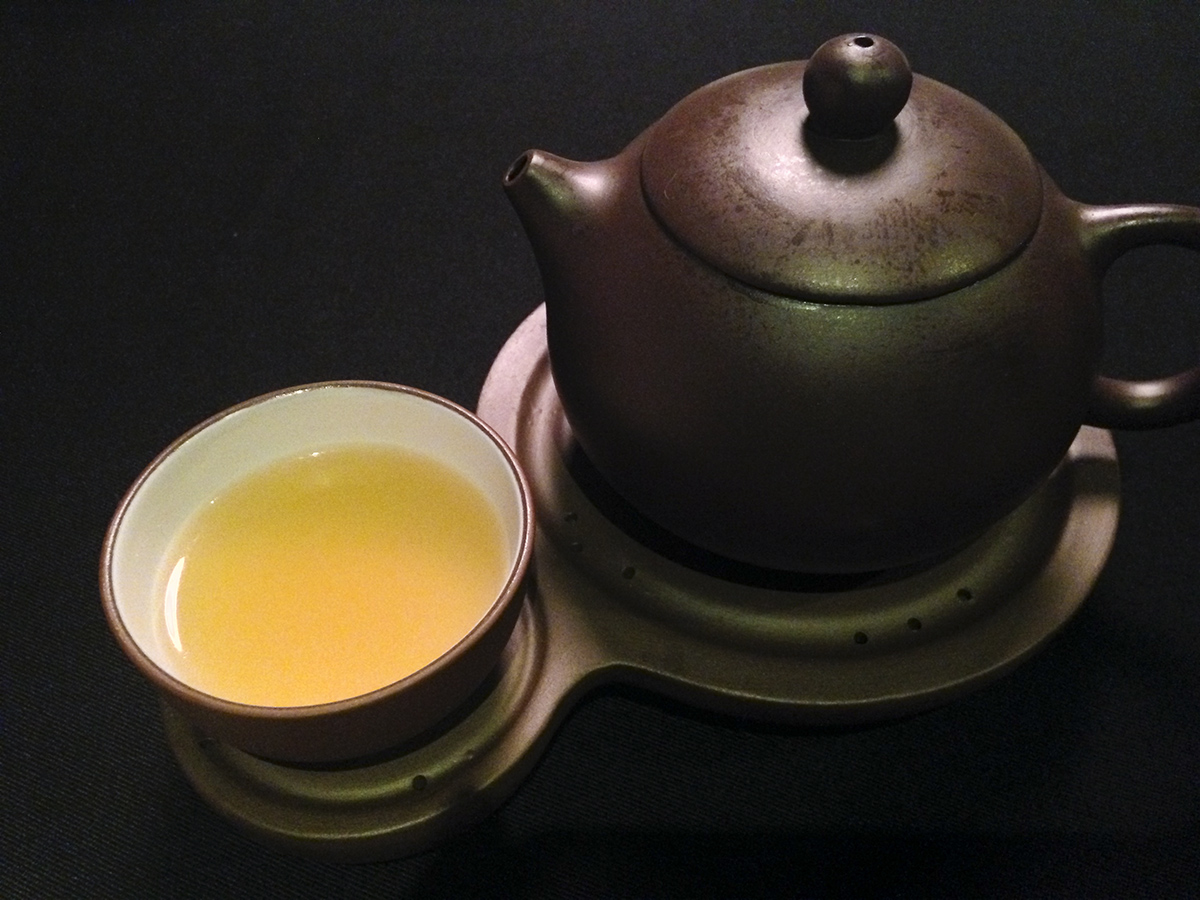 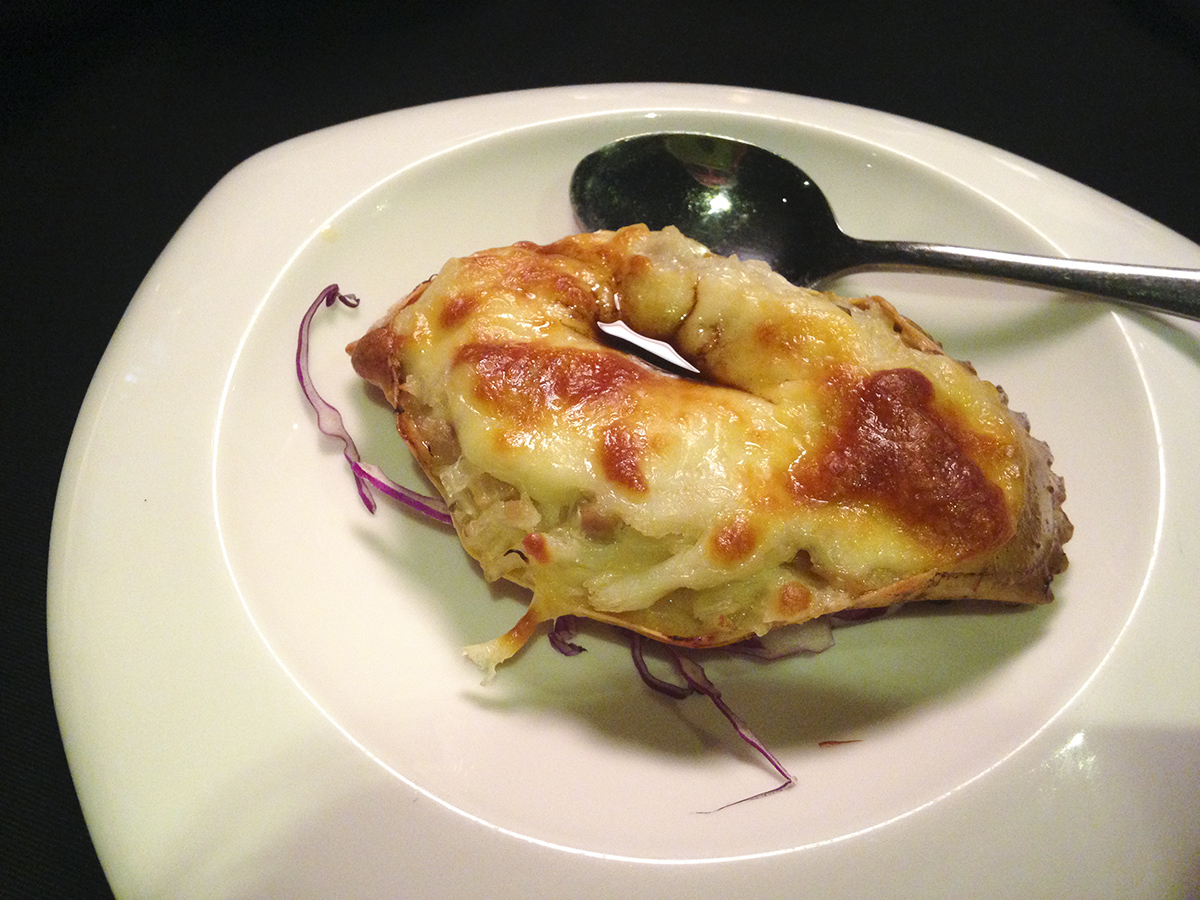 We moved on to the mains, divided into two sections with two different single-malt pairings. The fresh crab soup in a teapot was an instant hit amongst all guests; made from bread crab, a local species, and stewed for two hours before serving, the clear broth was surprisingly full-bodied and flavourful, which was a shocking revelation, as the only ingredients used were bread crab and salt. Who could have guessed?

The heavy cheese crust of the baked crab shell gave way to a light filling and crumbly crab chunks, but I thought the Dutch cheese took away from some of the more delicate components of the dish; it was so strong that it overwhelmed the other flavours.

The 15-year-old expression of The Glenlivet was chosen as a pairing for these two dishes, and the spicy taste lent itself very well to enhancing the concentrated flavours. Even though it had been aged for only another few years, this expression was already decidedly stronger and a good choice to match the intensity of the crab. With a caramel and mild grapefruit flavour, the 15-year-old expression had a rich and chewy texture and a dry aftertaste of clove and cinnamon. 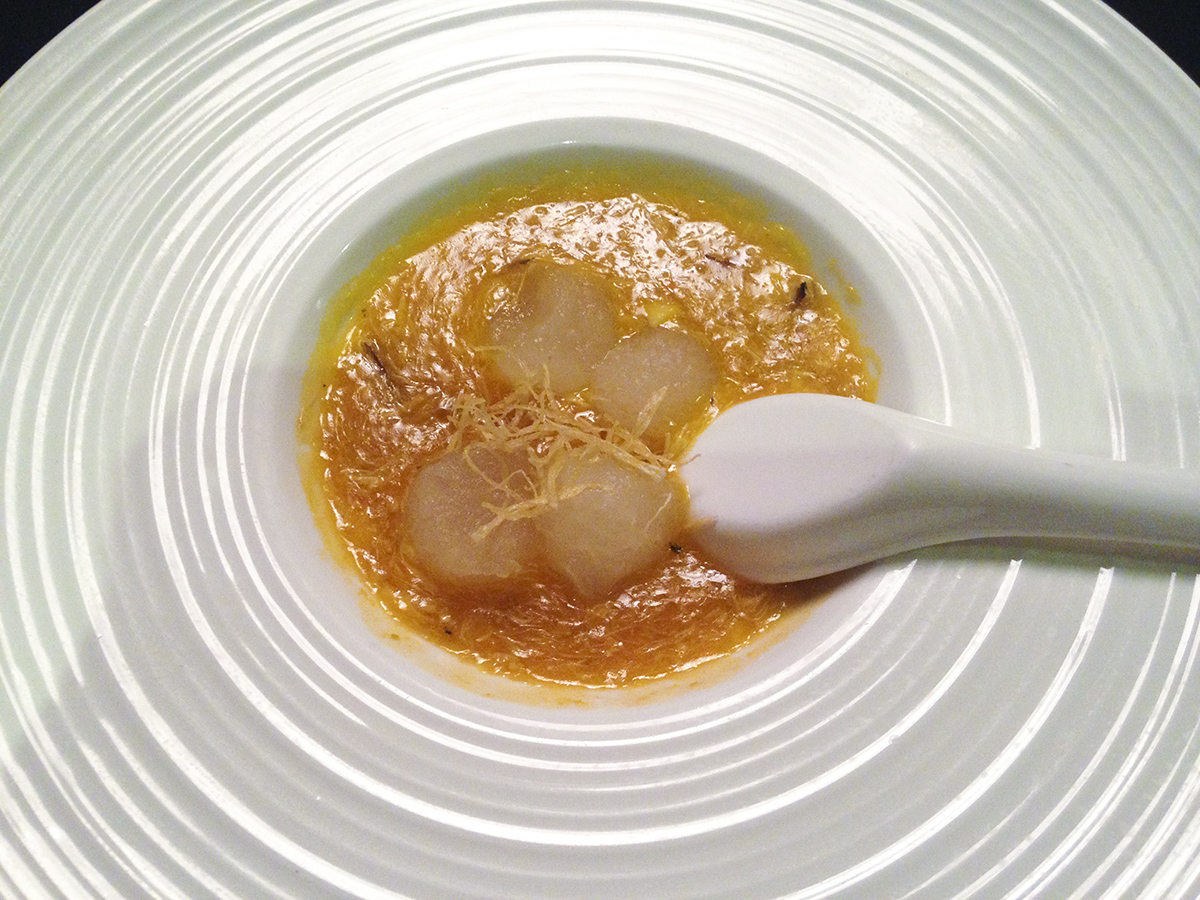 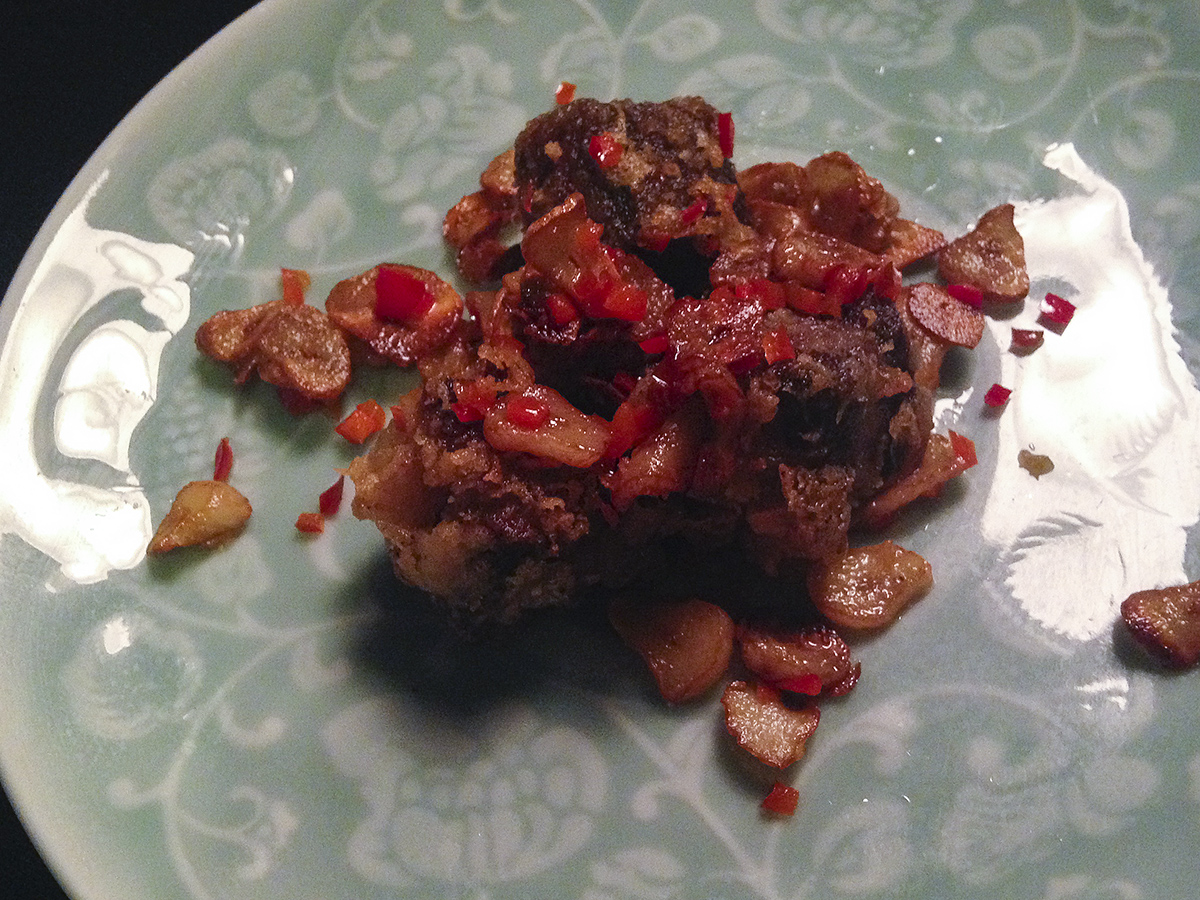 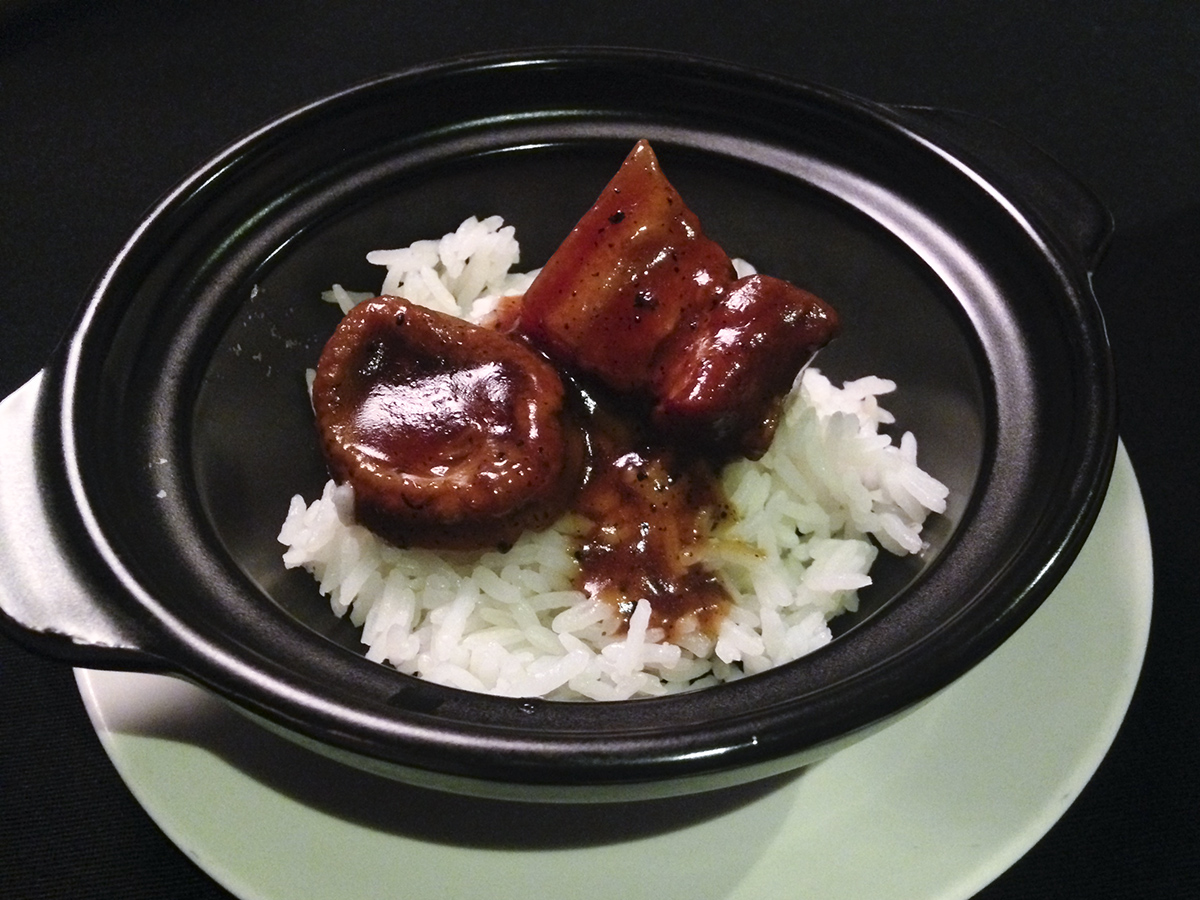 The turnip balls were crunchy and fresh, in stark contrast to the fleecy texture of the glutinous crab roe soup. The addition of ginger was especially prominent and left a long-lingering, spicy aftertaste. The Wagyu beef cheek was fragrant, and a little surprising as a selection, seeing as Shanghai Lo aims to be a dedicated crab kitchen, but the variety in serving meat was quite welcome after so much crustacean. The beef was silky and tender and the garlic crispy, and a good lead-in to the braised rice and pork belly, which had an earthier taste and fattier meat. The abalone added the needed level of saltiness and umami factor, but the rice itself tasted bland and was a bit of a let-down compared to the sauce and toppings.

The above dishes were paired with the 18-year-old expression of The Glenlivet, drier and oakier than the younger whiskies. The minty, gingery aroma added an additional spice kick to the dishes, finishing off with a bitter orange and chocolate-y taste. 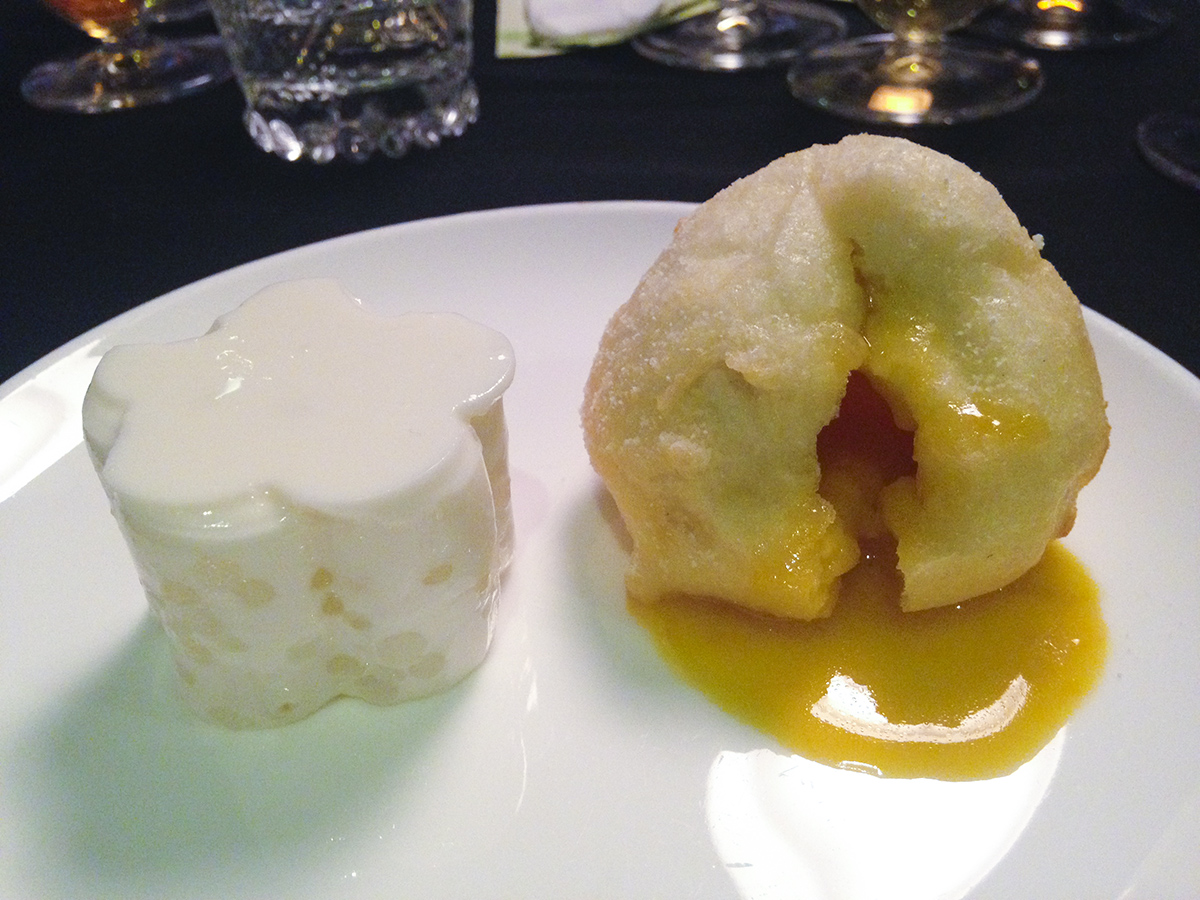 Finally, the dessert. The custard ball looked promising and tasted eggy and rich, with a grainy custard filling leaking out of a pillowy puff. The pastry itself was a bit tasteless, but the more flavourful custard made up for it. Still, I probably wouldn't go back for seconds of this one. The sago, on the other hand, I'd have more of; it was light and refreshing after the previous hearty courses and appropriately sticky and gelatinous.

Naturally, this had to be paired with a sweeter whisky. The Glenlivet Nàdurra Oloroso was chosen for this task. With a rich aftertaste, this tasted of raisin, vanilla and cinnamon and seemed to be the spiciest of all the expressions, with a sweet sherry finish.

Before I wrap up, here are a few fact bombs I want to drop on you:

• Did you know: a longer ageing process does not equal a better-tasting whisky. The wood in lesser-quality casks can rot and deteriorate, affecting the quality of the distillation, effectively ruining the alcohol within. With superior ageing techniques, younger whiskies can taste better than older ones.

• Also: there's a term in the world of distillation called 'angels' share'. This refers to the portion of a whisky spirit's volume that is lost to evaporation during the ageing process. Its name harkens back to the late 17th century, when distillers didn't understand why they were losing shares of whisky when the casks were tightly sealed and unbroken, so they attributed it to the existence of angels living amongst them in the distillery, with very unholy habits of getting inebriated.

Shanghai Lo is offering this tasting menu for a limited time in accordance with the seasonal produce used in the dishes, but we hope it becomes a permanent addition; the food put a contemporary twist on ingredients native to classic Chinese cuisine and, paired with The Glenlivet selection, presented a refreshing outlook on the innovative tastes you can create with whisky and crab. This is surely one of the most extensive crab menus in Hong Kong, so there's definitely something for everyone. This new dinner menu is priced at $668 per person (excluding service charge).