A Lesson in Cheese (and Which Ones You Should Try), Part 2

If you're here, you've probably read part one of this saga, and if you haven't, here you go: A Lesson in Cheese (and Why We Don't Have Any Good Ones in Hong Kong).

The moral of that story is: no matter what the research says about my probably inherent lactose intolerance, I'm still going to eat cheese by the truckload and there's nothing my stomach can do about it.

Award-winning cheese connoisseur and France's official Cheese Ambassador to the World Gérard Poulard set up shop at Scarlett Café and Wine Bar, a trendy French bistro in TST, for a few days with Collection of Fromage de France 2016, his "modest" travelling kit of 100 varieties of fresh cheeses, including the best of France's boutique fromage producers. He not only brought along a ton of cheeses, but also a ton of knowledge, and since I'm a glutton for both knowledge and cheese, this was the place to be.

What goes on inside my mouth every time I eat cheese. GIF credit: GIPHY

Out of the plethora of cheeses that Monsieur Poulard brought with him, I sampled six that he chose especially for our sitting; four goat's milk cheeses, and two cow's milk cheeses. He works with natural, traditional varieties, so the selections we tasted were fresh and unprocessed, and usually a lot less common in Asia, since most of them have to be imported. We here are more accustomed to purchasing hard cheeses due to their flexible shelf life. Monsieur Poulard's choice to include more types of goat's milk cheeses is also noteworthy: since goat's milk boasts a lesser amount of lactose and has a chemical structure akin to breast milk, it's much friendlier towards sensitive stomachs (amen, hallelujah, we hum as we stuffed our faces with cheese).

So if you're sick and tired of gnawing on the same old hard cheeses (hahaha, as if), here's some suggested alternatives to help you broaden your horizons: 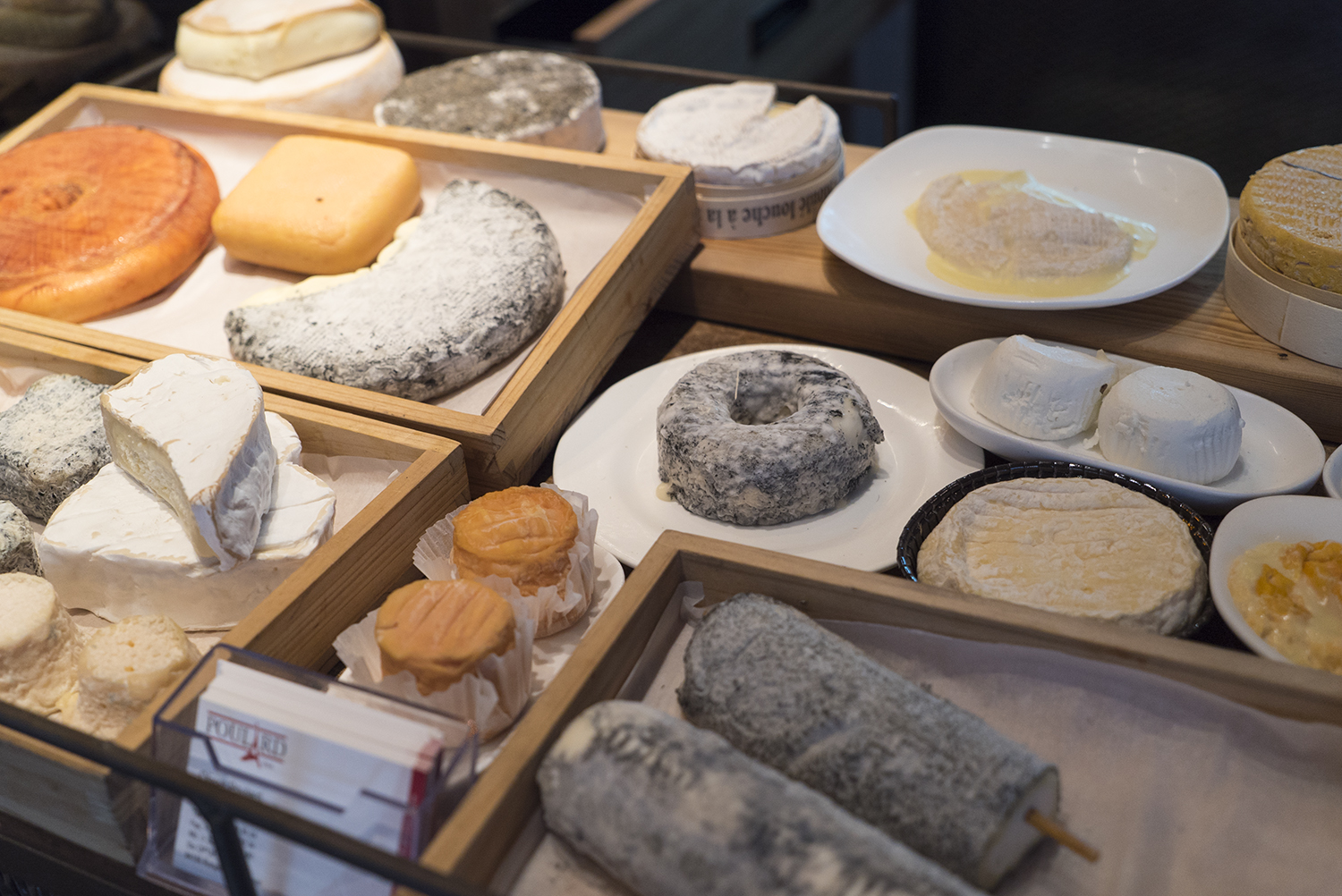 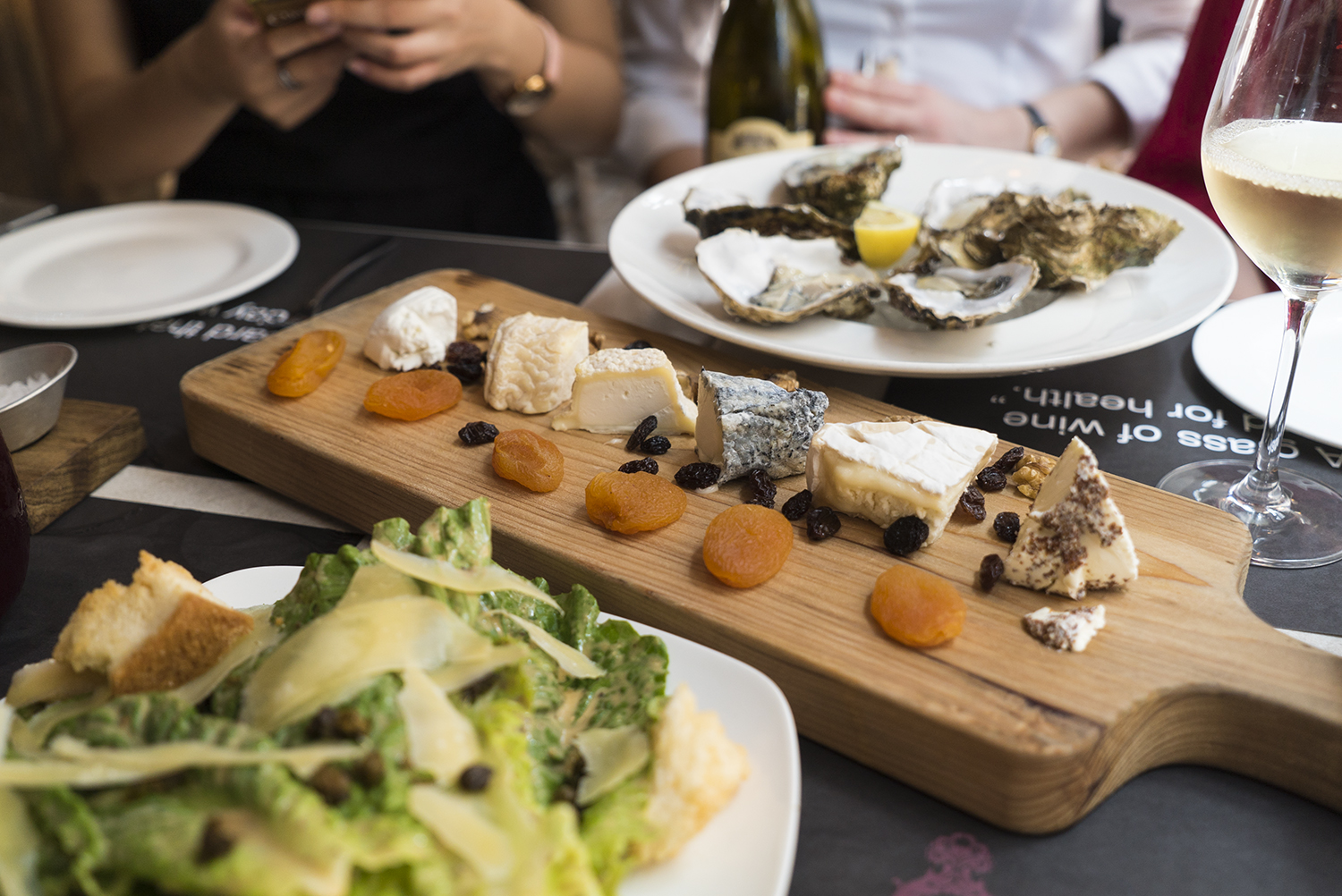 Roves Frais de Guarrigues: A Provencal product, this goat's milk cheese possesses a very dense texture and rich taste. It's made using the milk of a specific family of goats; the Rove is a breed of goat first domesticated in France and they are found in the south, near Montpelier. The peculiarity of this cheese's flavour is dependent on the diet of the goats, as the wild herbs they ingest is specific to the region. The most prevalent herb they nosh on is thyme, giving the cheese a fresh, herbal, and spicy tang. Perfect for anyone who's into close, dense cheeses and looking for a little fiery kick.

Chabichou de Poitou: From Poitou in West-Central France, this goat cheese is similar to the Roves Frais de Guarrigues, but the difference is found in the type of goat that provides the milk; this breed is the Poitevine, an endangered breed from Western France. Chabichou is aged for 10 to 20 days, and the final product bears a white and smooth texture and complex flavour. This cheese is an AOC (appellation d'origine contrôlée in French, which translates as "controlled designation of origin"), so the goat's diets consists of flowers found only in this region. It gets aged longer to develop a more intense flavour and a crumblier rind. It's a great choice for lovers of firmer cheeses.

Maconnais 1/2 Sec: From Burgundy, a goat cheese with a medium flavour and an incredibly viscous texture. It has a lactic taste with sour, citrusy notes. The highlight of this one is the contrast between the goat's milk and the citrus, with the slight acidic taste stemming from the region-specific flowers in the goats' diets. This one's great for a fruitier approach.

Trefle Fermier Lerat: Our final goat cheese selection was mild and smooth; so smooth, in fact, that it leaked all over the cheeseboard once you cut into it. This one had the most interesting appearance; a grey-blue dusty crust that wasn't quite mould, even though it seemed to have been aged more, which explains the smooth, soft texture. Turns out, ash is used to cover it in its ageing process to repel insects and protect and preserve the quality of the cheese. You couldn't really taste it, but hey, it looks pretty cool. Great for anyone who likes soft runny cheeses, like brie.

Coeur de Neufchatel: From Neufchatel in Normandy, this cow's milk cheese was the most pungent of them all, but that's not the only thing that set it apart. The Coeur de Neufchatel is salted only on the inside, not on the outside like other cheeses, and the rind that develops on the surface from the non-salted ageing process is very dry. The cheese mixture is then taken and put into moulds to create a heart shape, hence its name. This is a good choice for those who like camemberts; the two cheeses are quite similar in texture and taste, with a delicate flavour.

Delice de Pommard Moutarde Hess: From Burgundy, this cow's milk cheese is produced by Alain Hess and it's a triple creme cheese dusted and blended with brown mustard seeds. It's extraordinarily creamy in texture and rich in flavour, with a tangy, sour, and lactic taste, a testament to its freshness. This cheese does not go through a drying process, and is kept wet, ensuring the souring of the milk, and thus lending it its signature flavour. Mustard seeds are used to cover the cheese to provide a textural contrast, so this one is a great contender for anyone looking to try a type with a spicy and sour profile and an interesting texture.

All of the above was paired with a Bourgogne Tonnerre 2014, a dry and fruity wine made from Chardonnay grapes. An aromatic wine, it opens on hints of florals, exotic and white fruits, as well as citrus notes. 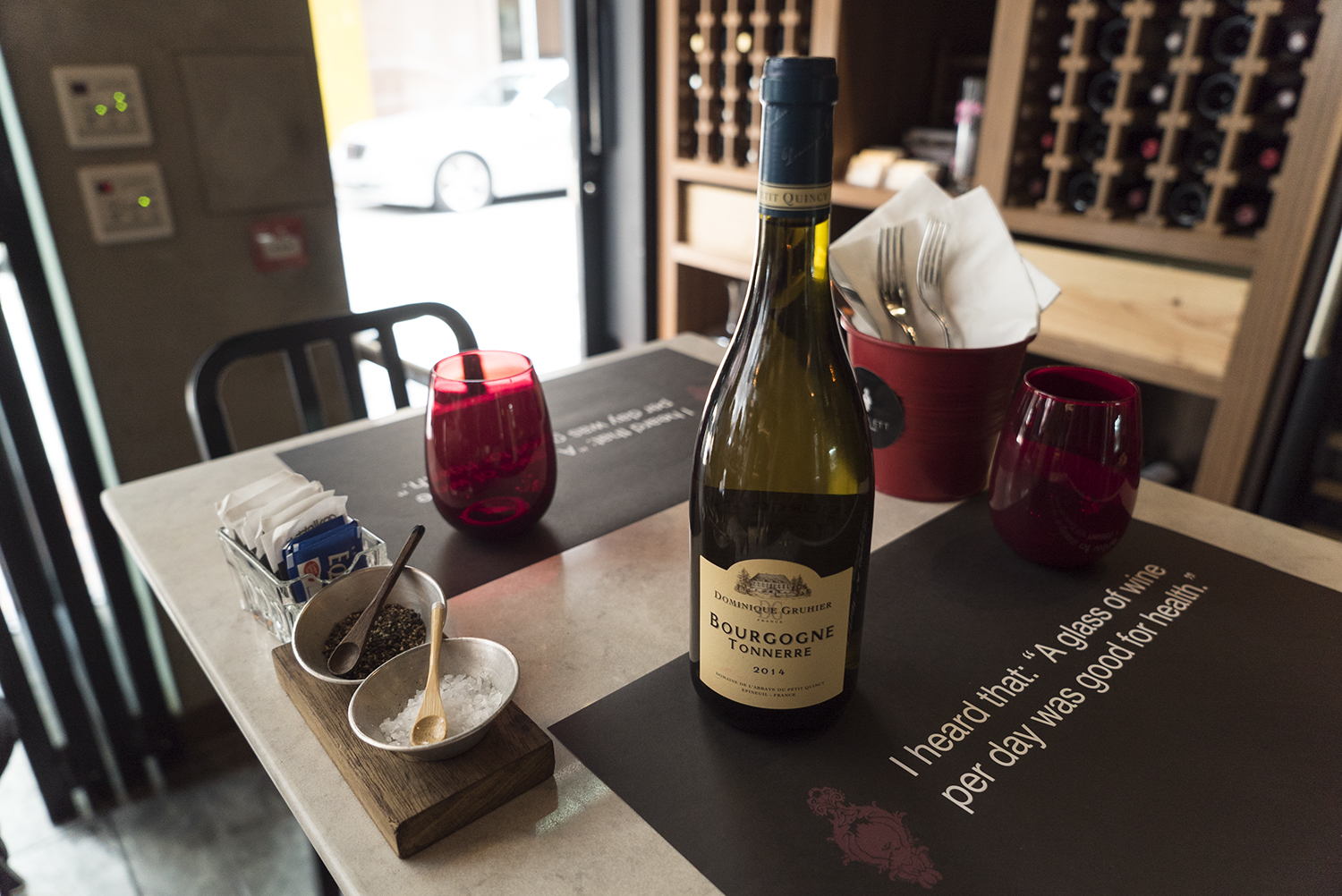 At this point, you're probably rolling your eyes and thinking, "Well, this introduction to boutique French cheeses is great and all, but like you said previously, we don't get good cheeses in Hong Kong, so why are you telling me about these wonderful things that will never touch my taste buds?"

Au contraire, mon frère. As boutique and handcrafted as they may be, this is still 2016, and there's this really cool thing called the worldwide web. Online sites like Fromage.com (so simple, so straightforward) and Terriors deliver the goodies to you, and French gourmet shop Monsieur Chatte has three locations in HK.

We're sure there's more to life than just regular ol' Parmesan and gouda and cheddar, and you deserve to treat yourself to some fresh fromage. Alternatively, you could just opt for impressing your friends with a handful of newly-gained fancy-schmancy knowledge (you're welcome). Still, I suggest maybe taking some time this weekend to clear out the fridge and make space for your new cheesy buddies to sit next to your tried and trusted selection. Or just donate them to me; I'll still eat them all.

Mmmmmmm... this could be you. GIF credit: GIPHY