Chances are that you have encountered the name on your trawl through LKF; in the ever-changing landscape of Central dining, Café Siam is a stellar example of a restaurant that has planted deep- reaching roots and leisurely clung on for almost two decades whilst other establishments in the area have withered away. Seems like things are going so well, in fact, that the Michelin-recognised restaurant has now decided to grow, with a new location in Kennedy Town.

Quiet and unassuming, the new location is conveniently close to the MTR station but otherwise fairly unremarkable, tucked in between a slew of other eateries – until we stepped in, of course, because the tame exterior masked its bustling interior, packed with lunchtime patrons; this is always a good sign for us when gauging a restaurant's reception around the Western District. 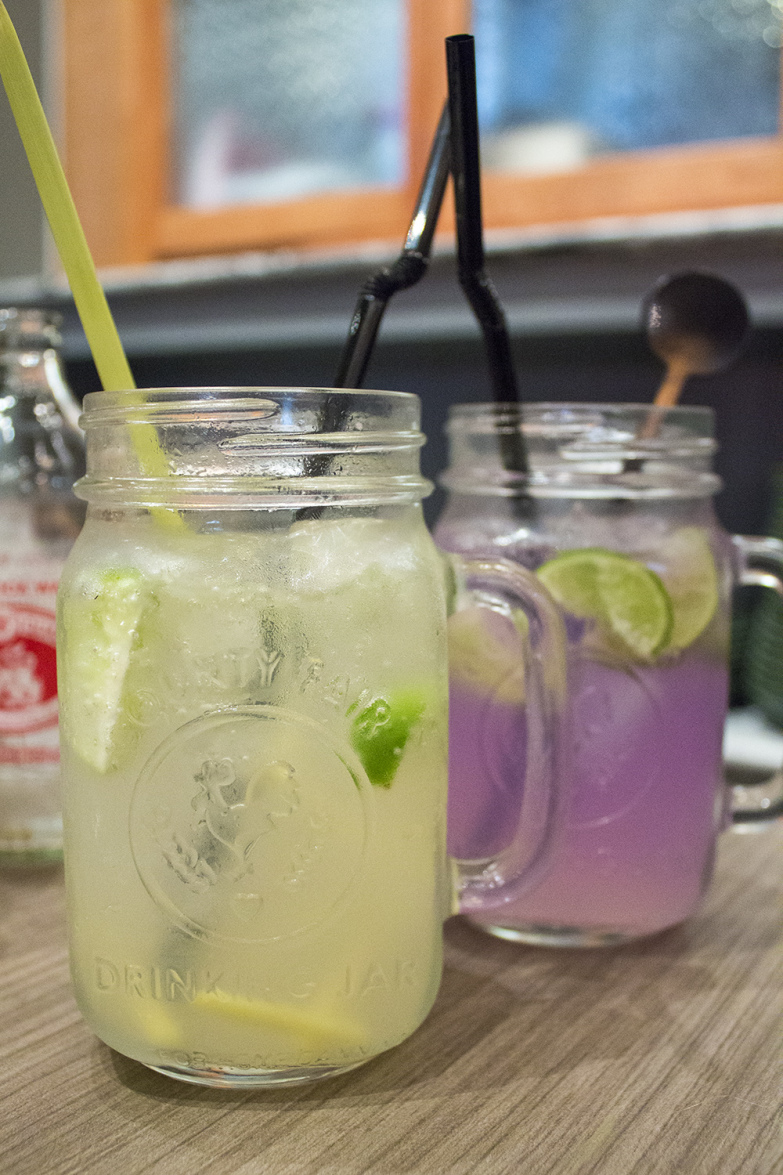 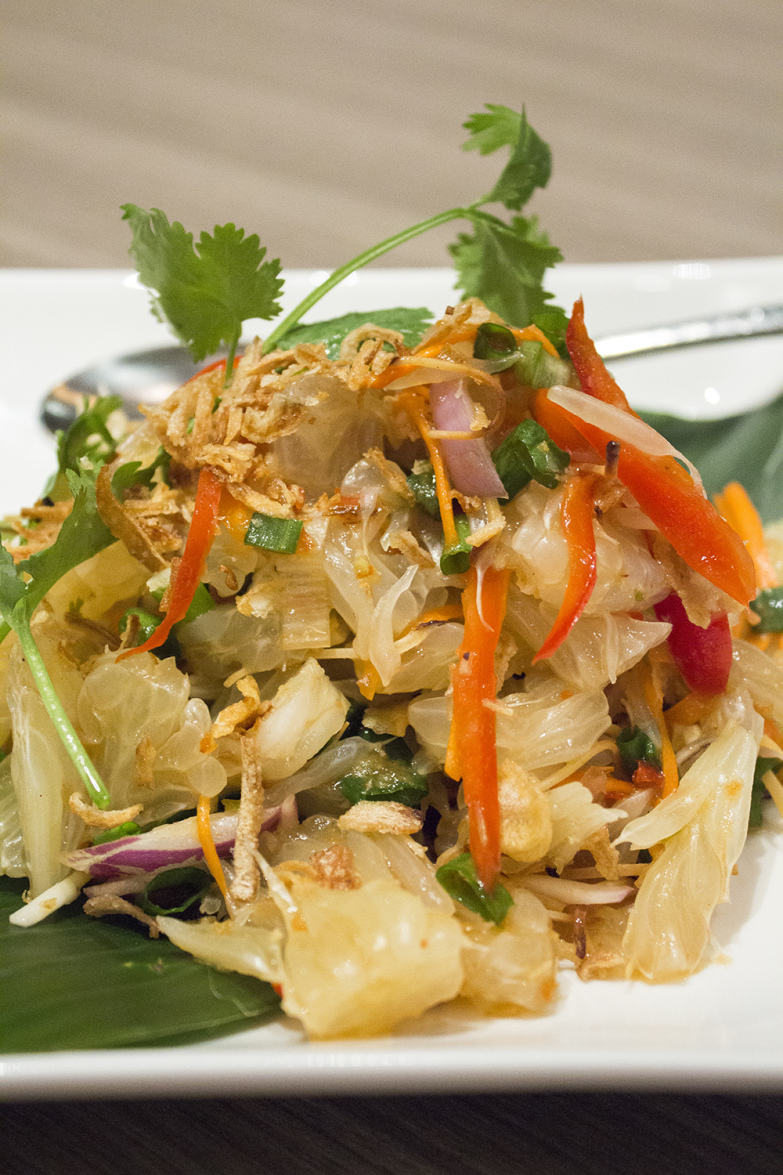 Our meal started off with a new and much-recommended creation, the butterfly pea flower essence and lime soda ($58), a colourful and zingy purple drink, but it was the signature homemade ginger ale with lemongrass and lime ($58) that tickled our fancy. Appropriately peppy, sour and sweet, we preferred the well-balanced flavours of the ginger ale over the intensely sour butterfly pea soda (but we may or may not have forgotten to add the sweetener that was discreetly served with it, so eager were we to have a sip of the bubbly stuff that we may not have experienced the drink in its imagined form...whoopsies! ¯\_(ツ)_/¯ )

We were on our toes after our first inattentive mishap and dug in intently when our yum som-o ($76) arrived. A light and refreshing pomelo salad with sliced shallot and dried coconut, we agreed that this was an impeccable starter with a perfect balance of spicy and sour notes, just tiptoeing the line of going overboard on the flavour intensity. The pairing of crispy shallot and juicy pomelo provided a satisfying textural contrast as well.

Read more: Soul Food, the most interesting and unique Thai opening this year in Hong Kong 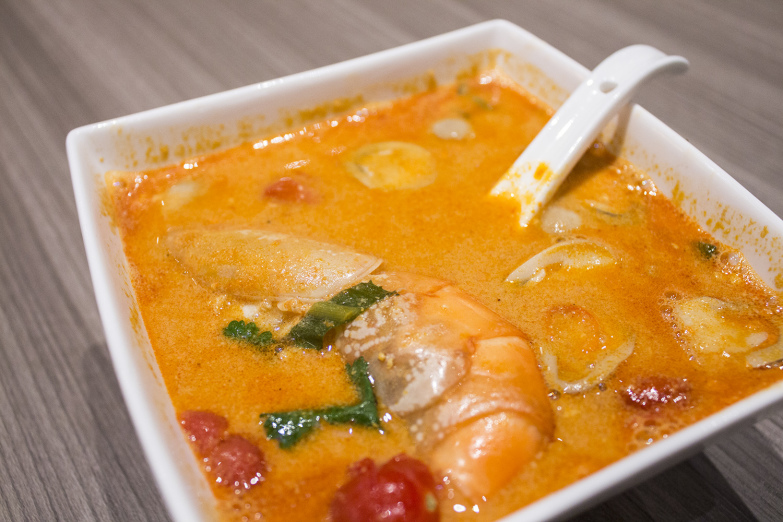 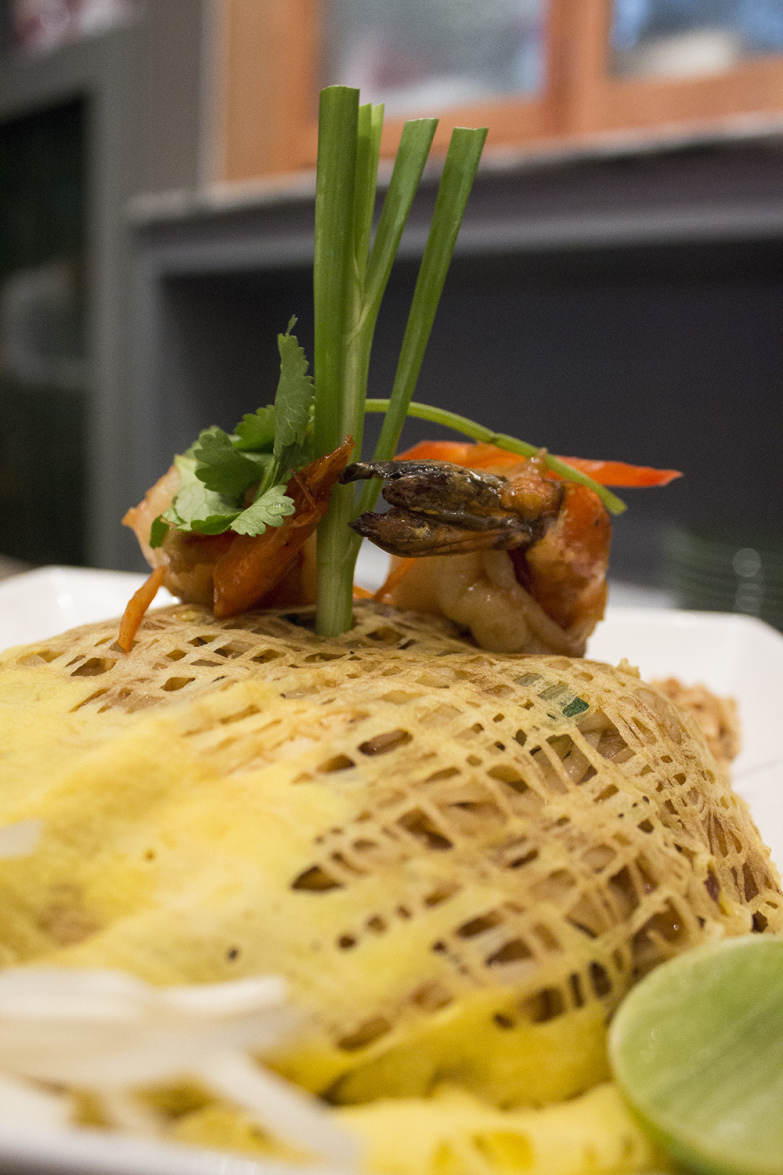 Nothing like some good ol' tom yum goong ($80) to warm our bellies on a windy Tuesday. The classic prawn soup was served with stalks of lemongrass, and the fragrant, mouth-tingling soup went well with the beautifully artistic pad Thai ($88). Wrapped in a crisscrossing web of omelette, our hearts broke when we tore through the delicate eggy envelope, but our lips were smacking in anticipation. It saddens us to say that our hearts broke again with the first bite; the noodles and accompaniments were bland and almost flavourless, even after we had drizzled on generous amounts of lime juice and ground peanuts. For such a doubtlessly popular and frequently ordered staple, it was a bit of a let-down, even with the colourful padding of tofu, shrimp and bean sprouts. It wasn't the worst thing we've ever tasted, but our expectations were dashed; we had hoped for better. 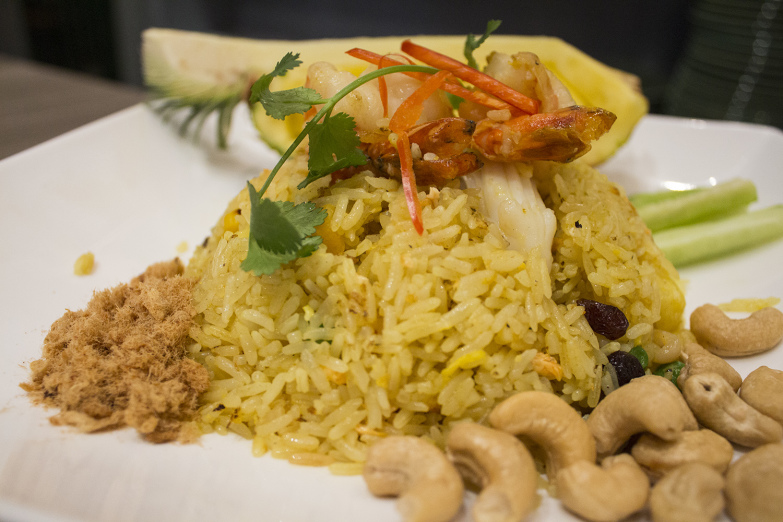 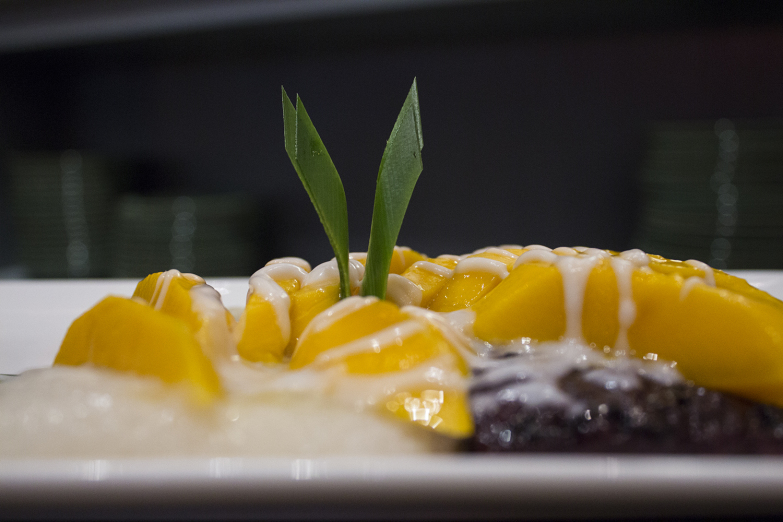 Though not served in a pineapple as advertised on the menu (we really wanted to relish in the gimmicky-ness of the presentation), the khao paad supparod ($98) did not disappoint otherwise. Hidden in the bed of rice were raisins, peas, slivers of scrambled egg and other crunchy delicacies we couldn't decipher, aside from the obvious shrimp, pineapple chunks, Chinese sausage and pork floss. Fine by us; we live to eat adventurously. The fried pineapple rice was a reliable main course to round off our carb cravings and pack out the empty corners of our stomach, of which there were few left; it tasted surprisingly meaty for a meatless dish, and every spoonful brought different flavour profiles to the surface.

But of course we have second stomachs for dessert, and no Thai meal is complete without some form of mango and sticky rice. The khao niew mamuang ($68) is a must: a dish of mango on a bed of sticky black and white Thai rice, warm and sweet with a deliciously nutty undertone from the coconut cream drizzle.

Well, K-Town, it seems like Café Siam has moved in for good and has added some more Thai cuisine to your budding collection. Our experience at this new location was a treat, despite the disappointment of the pad Thai, and our decision to taste a selection of classic Thai dishes to discover the culinary backbone of the kitchen was a sound one. We'll be back for the yum som-o during our weekend trips to the Western District – nothing like strolling along the Praya on a sunny day and walking off our bulging food babies. 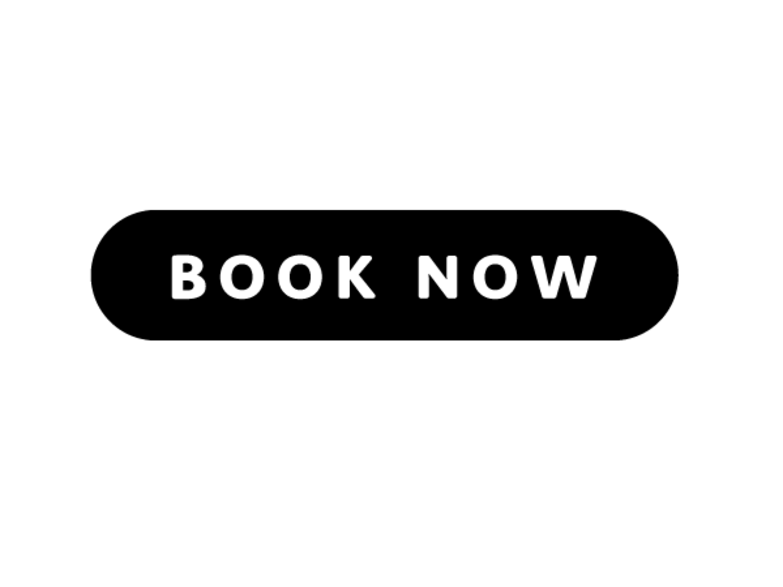 This write-up is based on a complimentary media tasting provided in exchange for an honest review and no monetary compensation. The opinions expressed here represent the author's; she's so stubborn, it's not like you could tell her otherwise anyway.
review