They're calling this veggie burger the Beyond Classic

When you eat food and write about it for a living, it's hard to be picky about what goes into your mouth. Meat, veggies, starch, carbs, grains – we'll take 'em all, because that's what we're served.

But the food industry is rapidly changing, and the dining scene must change with it. We've already covered the arrival of the Beyond Meat burger at Green Common, and its latest appearance on the menu at The Butchers Club Burger chain makes it the first restaurant in HK (outside of distributor Green Common) to serve this wonder food. And we couldn't be more excited.

Read more: Beyond Burger, the Famous Vegan Patty that is Supposed to Taste like Meat 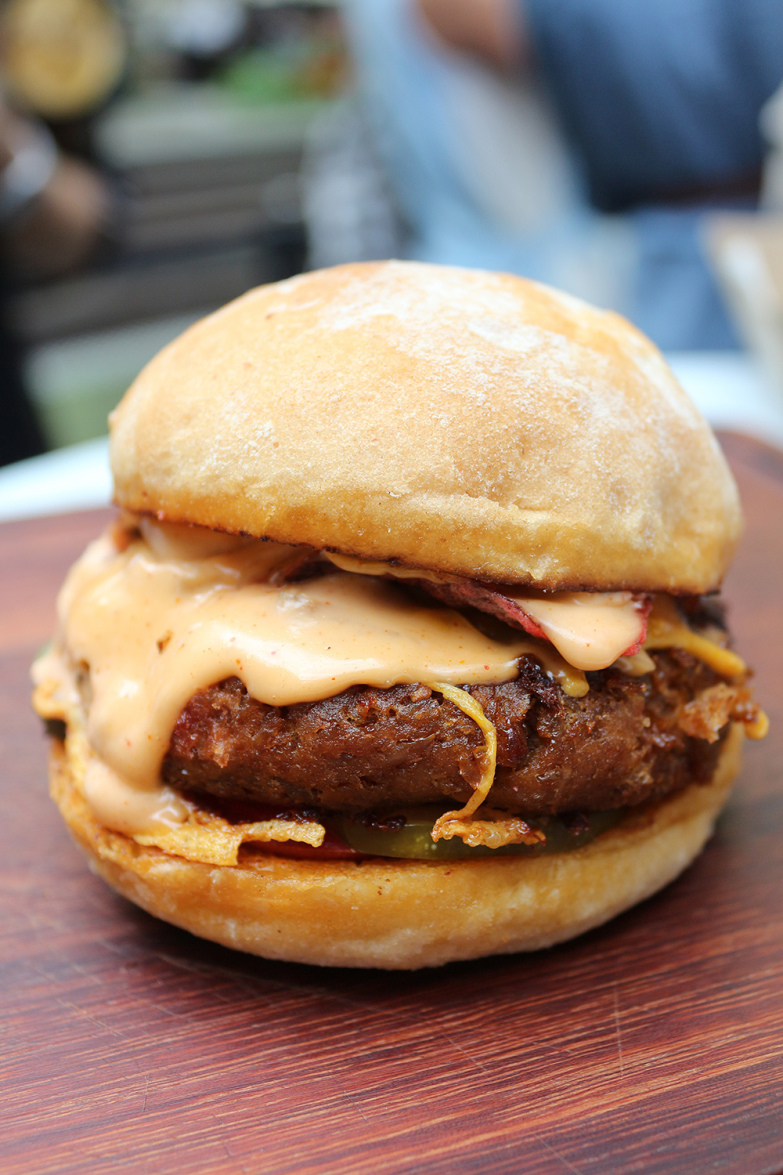 Resplendent with a slice of beetroot in lieu of bacon, vegan Cheddar, tomato, pickles and a juicy Beyond Meat burger patty, the Beyond Classic ($100) is The Butchers Club's vegetarian take on their signature burger, complete with a veg version of their secret sauce made with vegan mayonnaise and caramelised onions. It costs as much as the regular dry-aged meat option, and it actually tastes just as good.

We were taken aback by the wholesomeness of the burger. Though quite alike in texture and appearance, with beautifully charred and crispy edges that could've fooled even the staunchest meat eater, I personally didn't feel like it tasted exactly like meat, but it was flavourful, hearty and similar enough that it didn't matter whether it came from an animal or from peas and beetroot. Slathered in sauce and sandwiched in a toasted bun, the burger masters at The Butchers Club did a fantastic job of repackaging a daunting new product into a less intimidating and approachable option for those who want to explore greener eating.

All four of The Butchers Club Burger outlets are exclusively serving the Beyond Burger until 7 June 2017, so you've got yourself a whole month to see if plant-based eating really is better.

This write-up is based on a complimentary media tasting provided in exchange for an honest review and no monetary compensation. The opinions expressed here represent the author's; she's so stubborn, you couldn't tell her otherwise.
burger green vegetarian