If you‘ve diligently followed our coverage of Yuen Long eats, you‘ll know there‘s a plethora of options to choose from in this (relatively) far-flung district of ours. But when we were busy compiling our first Yuen Long top list, we didn‘t even touch on the staggering maze of restaurants to be found in YOHO Mall. So what better time to do this than with YOHO‘s Phase I expansion? Now equipped with over 50 restaurants, surely even the pickiest of diners will find something to their satisfaction.

Among the new openings (we see you, Crystal Jade and Kanada-Ya), we have to give a special mention to ANA Sushi. Don‘t be fooled by the sushi part of their name; they offer everything from sushi and sashimi, to donburi, yakimono and teishoku, to robatayaki and teppanyaki. Think high-quality Japanese ingredients with modern twists and complex flavours without the stuffy atmosphere. 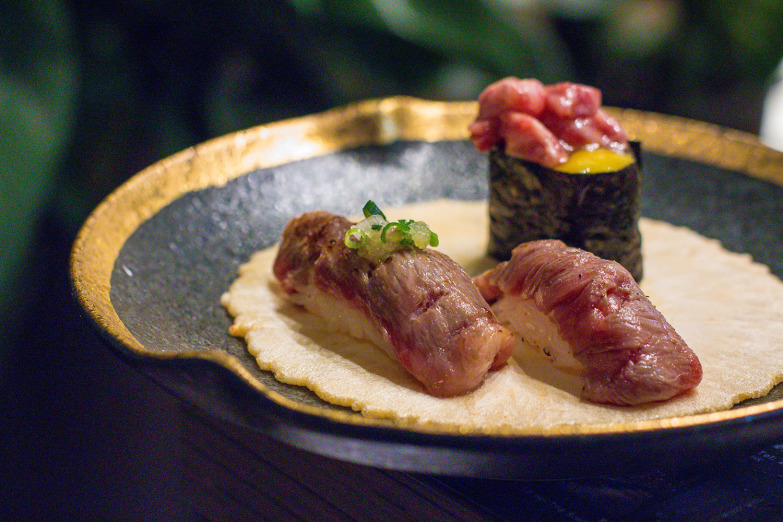 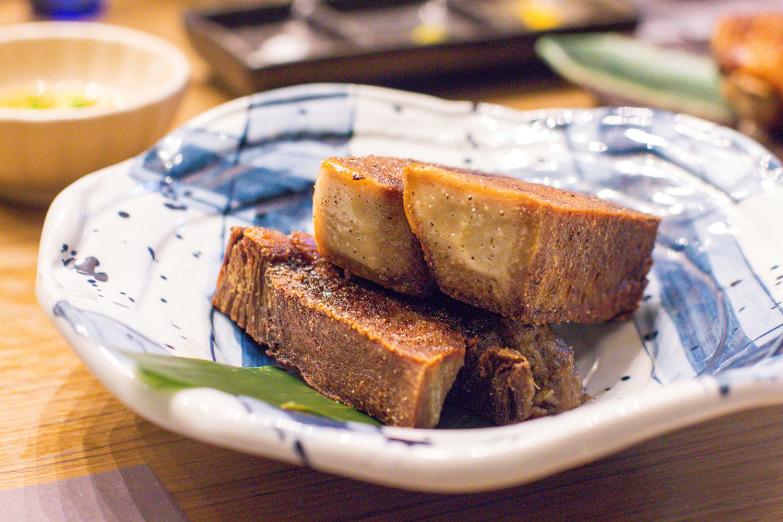 Some of our favourites of the night included the Hida beef sushi on shrimp cracker ($238), where we got treated to a nostalgic childhood staple of crunchy, flat shrimp pancake, as well as the heavenly tender and elusive Hida beef gunkanmaki topped off with a quail‘s egg, and the smorgasbord-like deluxe assorted sashimi platter ($498), heaving with everything from fresh shrimp, scallop and great amberjack to perennial hits like salmon, fatty tuna and uni. We were also quite taken with the ox tongue with bean paste sauce ($88), a slow-cooked cut of surprisingly melt-in-your-mouth meat with an aromatic miso dipping sauce. 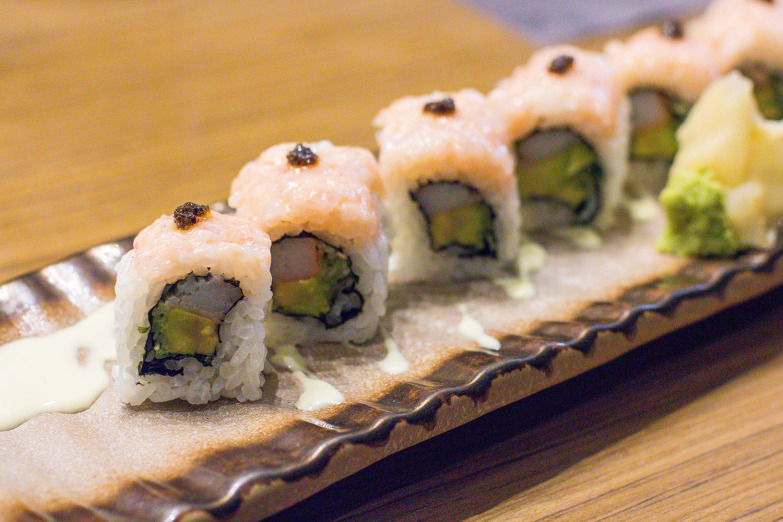 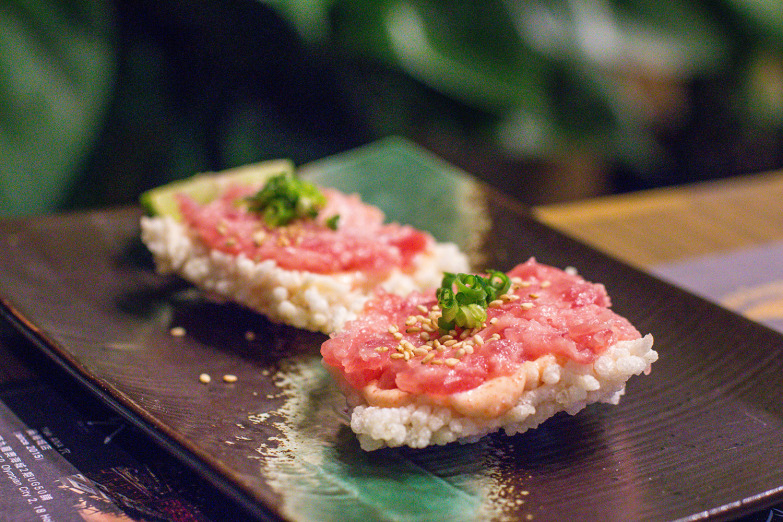 Happy as we were to try Japanese fare of an elevated, creative turn, we still exalted at the sight of something more familiar: sweet shrimp sushi rolls ($88). We could‘ve done without the touch of black truffle (honestly, this is so last year), but the soft, pearly parcels and crunchy, juicy shrimp did the trick. Not to be outdone, the minced fatty tuna on rice crackers ($58) surprised us with its Thai touch and sweet, tangy mayonnaise, making for moreish bites. 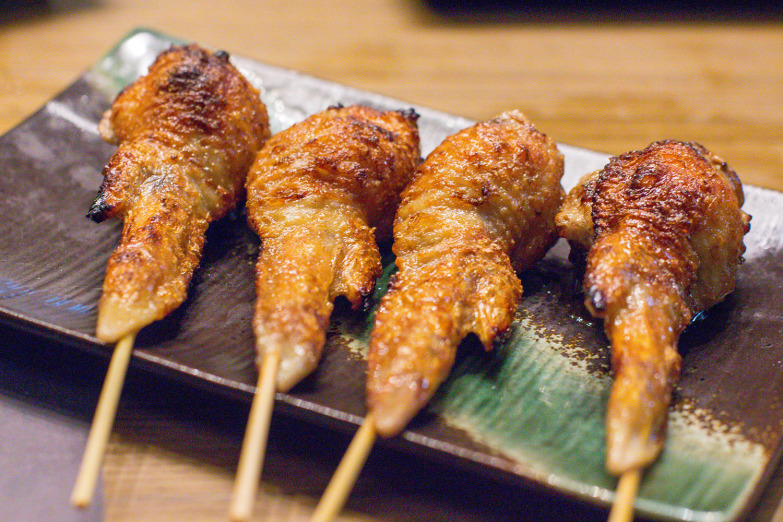 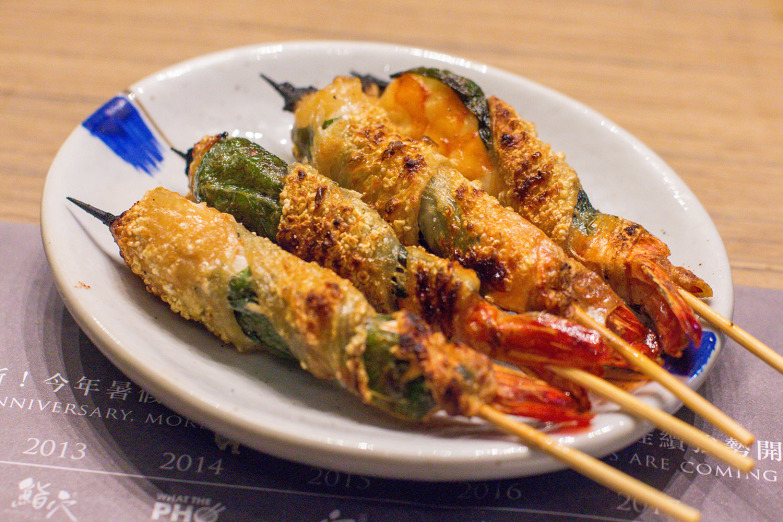 To demonstrate the might of their grill, ANA Sushi offers a selection of seemingly pedestrian stick foods – except they‘re dressed up in unexpectedly decadent accessories. For those looking for a French kick to their dinner, the speed-roasted chicken wing stuffed with foie gras ($68), served with three different salts, is a juicy snack, and the shrimp with shiso leaf skewer ($48) is not for faint-hearted calorie counters. Wrapped in a layer of blistered chicken skin and drizzled in oil, it‘s hard to imagine a heartier, saltier treat that tastes so good and feels so guilty at the same time.

ANA Sushi‘s not one for frugal-minded folk. With premium, high-quality ingredients comes an equally high price tag that may be harder to swallow than the outstanding food itself. If you‘re seeking a quick Japanese food fix, we recommend looking elsewhere, but if you‘re after exemplary flavours and sushi of the freshest degree, this is the place. We also particularly enjoyed the seasonal summer drinks that helped us to shake the heat – the fruit-flavoured black iced teas come highly recommended.

This write-up is based on a complimentary media tasting provided in exchange for an honest review and no monetary compensation. The opinions expressed here represent the author's.
review