Tapagria bring a fiery taste of Spanish culture to Hong Kong with its special menu in tribute to one of Spain’s biggest national festivals, Las Fallas

About Las Fallas: The festival originated as a celebration to San José, the patron saint of carpenters. It is during this season right before spring, Valencia artists build wooden doll statues, Fallas for festival activities, including the float parade. At the end of the festival, one falla is saved for the museum and the rest are set alight, illuminating Valencia with a fiery blaze to signify the burning of winter worries and the welcoming of spring.

Las Fallas in Tapagria: Tapagria’s new Executive Chef Daniel Birkner’s exclusive menu for Las Fallas season captures the essence of the cultural festival with its colourful and fiery dishes-- in the most literal sense. This limited menu only goes on until 5 April.

Aside from their classic Jamon Iberico cold cuts and cheese and seafood paella, here are other menu highlights: 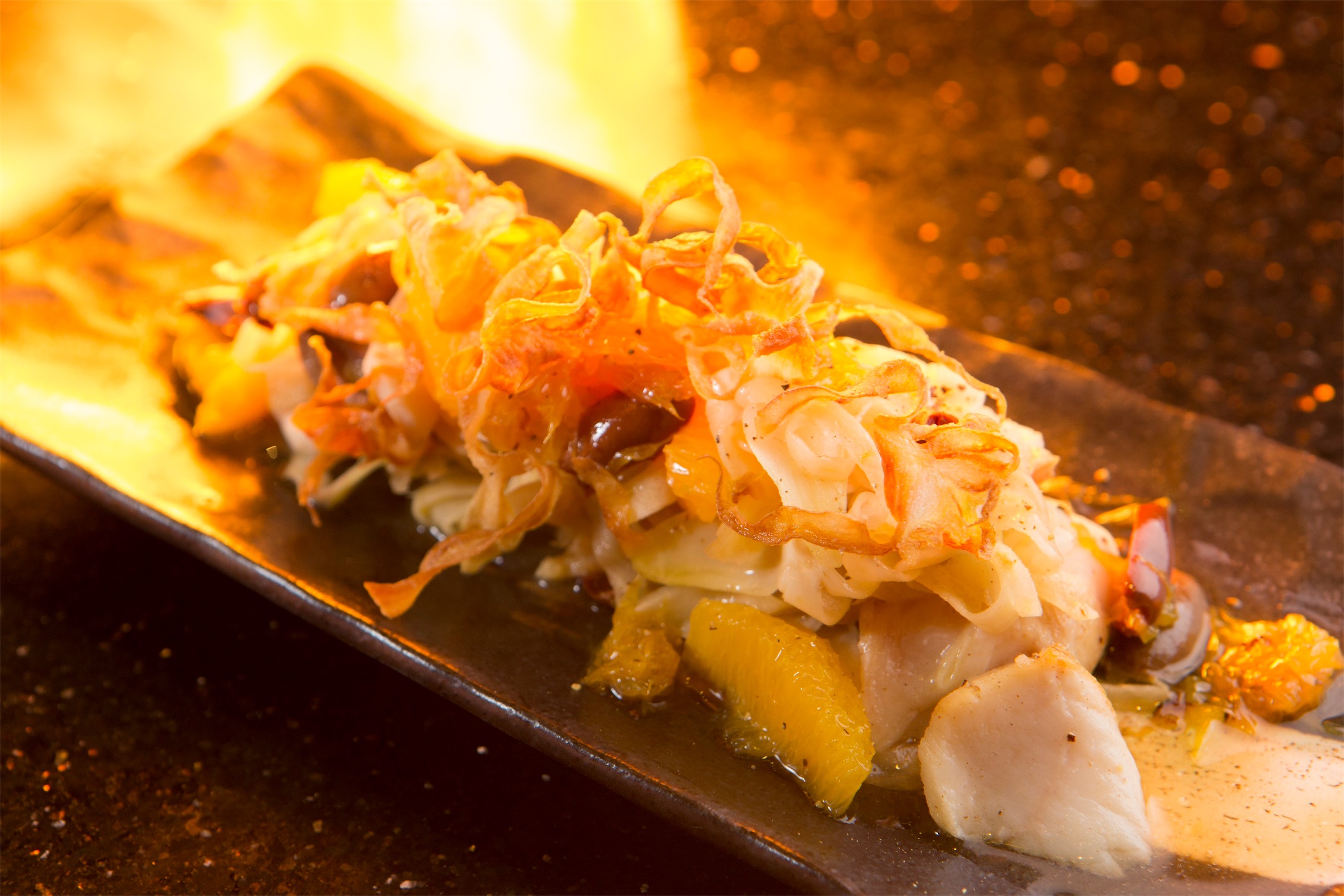 Valencia Orange and Cod Salad (pictured) - Orange segments, peels, and some juice tossed with shallot and fennel shavings, pitted black olives, olive oil, and grilled cod fish then topped with crispy onions; the orange and cod salad was a nice, light and refreshing start to the course. The zesty orange complemented the umami flavour of the codfish, while crispy onions gave the salad a nice crunch.

Garlic Prawns (pictured) - Its name definitely made it sound like your run-of-the-mill garlic prawns and did not give it the amount of hype it deserved. Shellfish can so easily be overcooked when left on the heat for too long, but Tapagria’s garlic prawns on a sizzling plate were cooked to juicy perfection. The fresh flat-leaf parsley and chives further intensified the roasted garlic and slightly charred kick of the prawns. 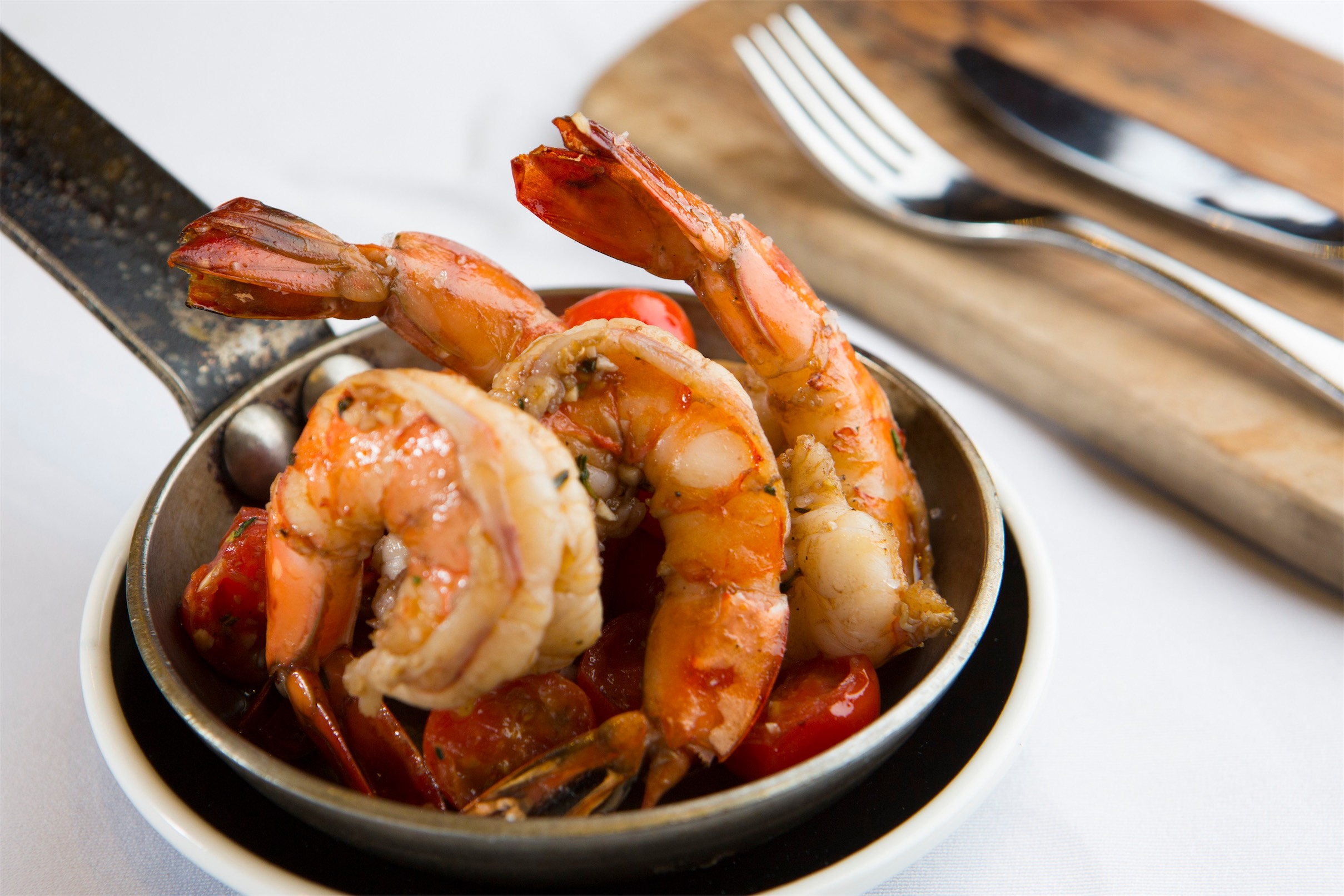 Chorizo from Hell - Bacon-wrapped chorizos held together with metal skewers and served in a flaming pan was inevitably the star of the show, mostly because of the amount of “pizzazz” in the presentation as opposed to its taste.  For the social media savvy, this dish is arguably the most Instagram-able one from the menu-- throw in a #foodie, a couple #nomnoms, and a few fire emojis, then rack up the likes.

Pumpkin Buñuelos - #Basics eat your heart out-- this dish is reminiscent to the Fall favourite, pumpkin spice. Doughnut balls with pumpkin compote, deep-fried and coated with cinnamon sugar-- the buñuelos are served with extra pumpkin compote made with caramalised apples and a hint of cinnamon and nutmeg. 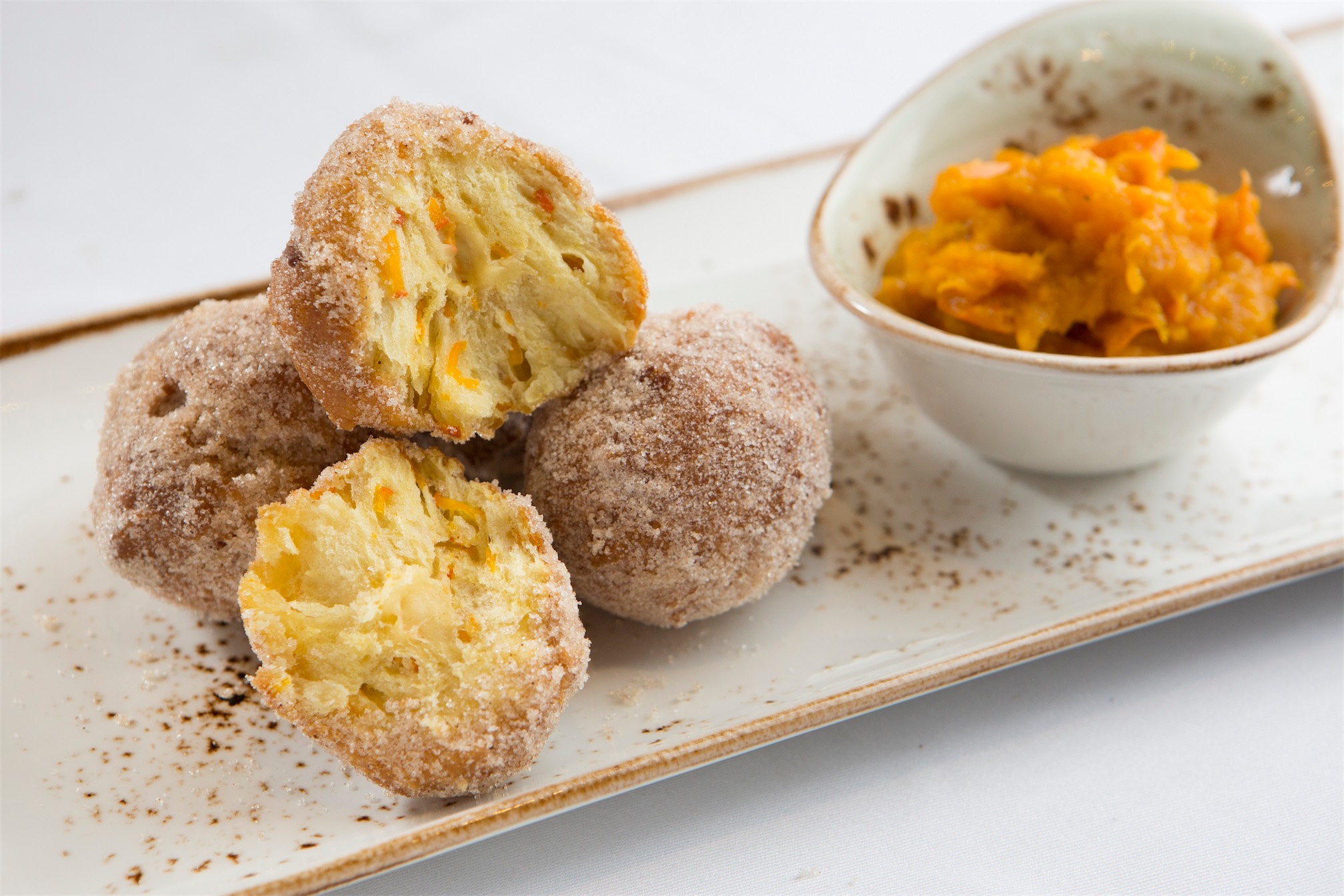 Las Fallas - Straight from the fiery pits of hell comes these devilish shooters: orange peach liquor and green Absinthe set ablaze, Las Fallas perfectly encapsulates the end of the festival and is the best way to burn away all worries from winter and beyond.