We suggest you all go try it

It has always been a favourite, Stone Nullah Tavern. With humble, high quality ingredients served in a manner that shows their full potential, the 70-seat Tavern remains fairly steadfastly full all week long. The cuisine is American, and their flair is taking flavours which are familiar but delivering them with innovation. They take the common and remind us how delicious it can be. Always evolving, the new menu is even better than any we have tried before, and we firmly suggest it is one of the best getting around Hong Kong. 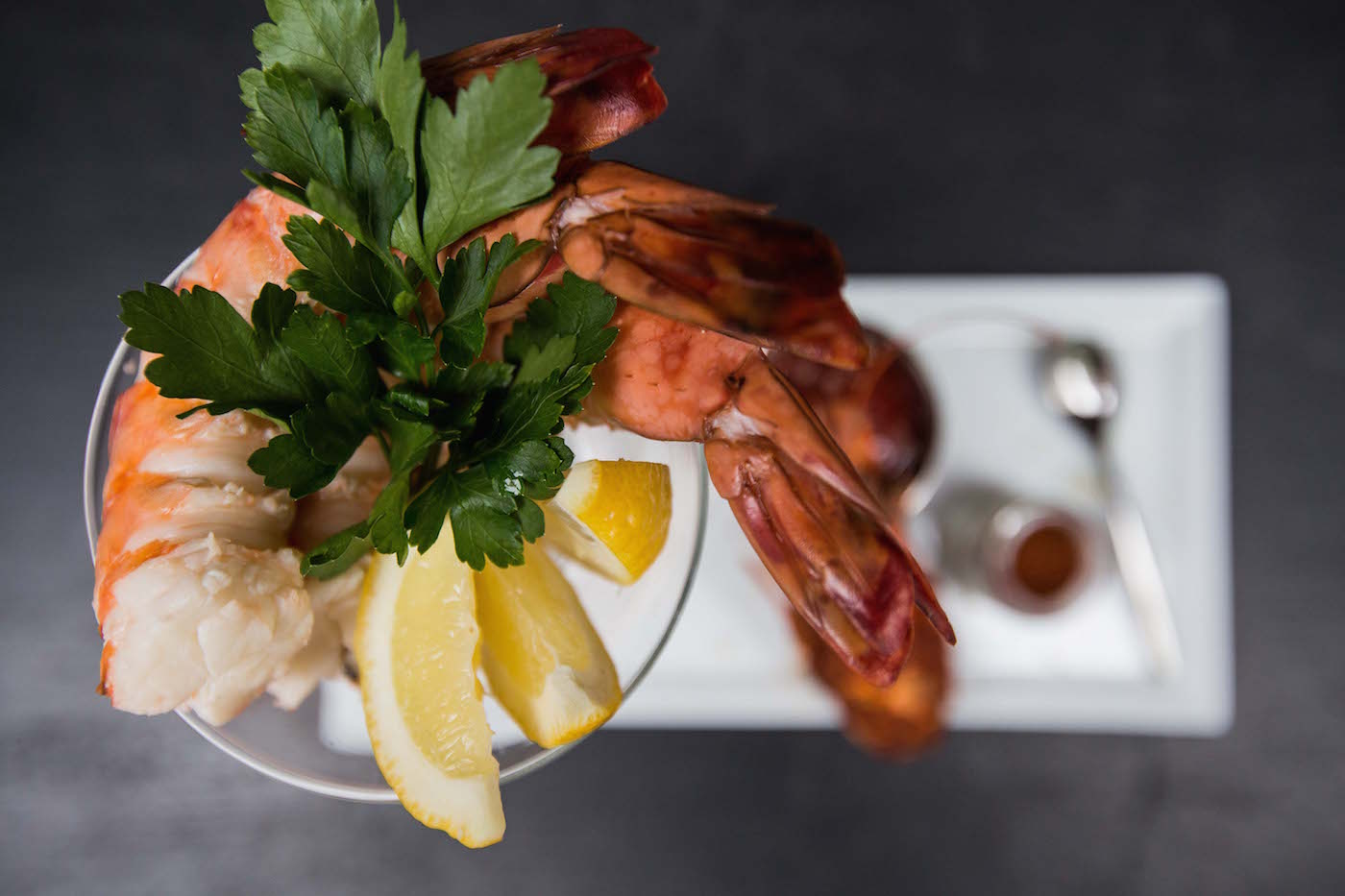 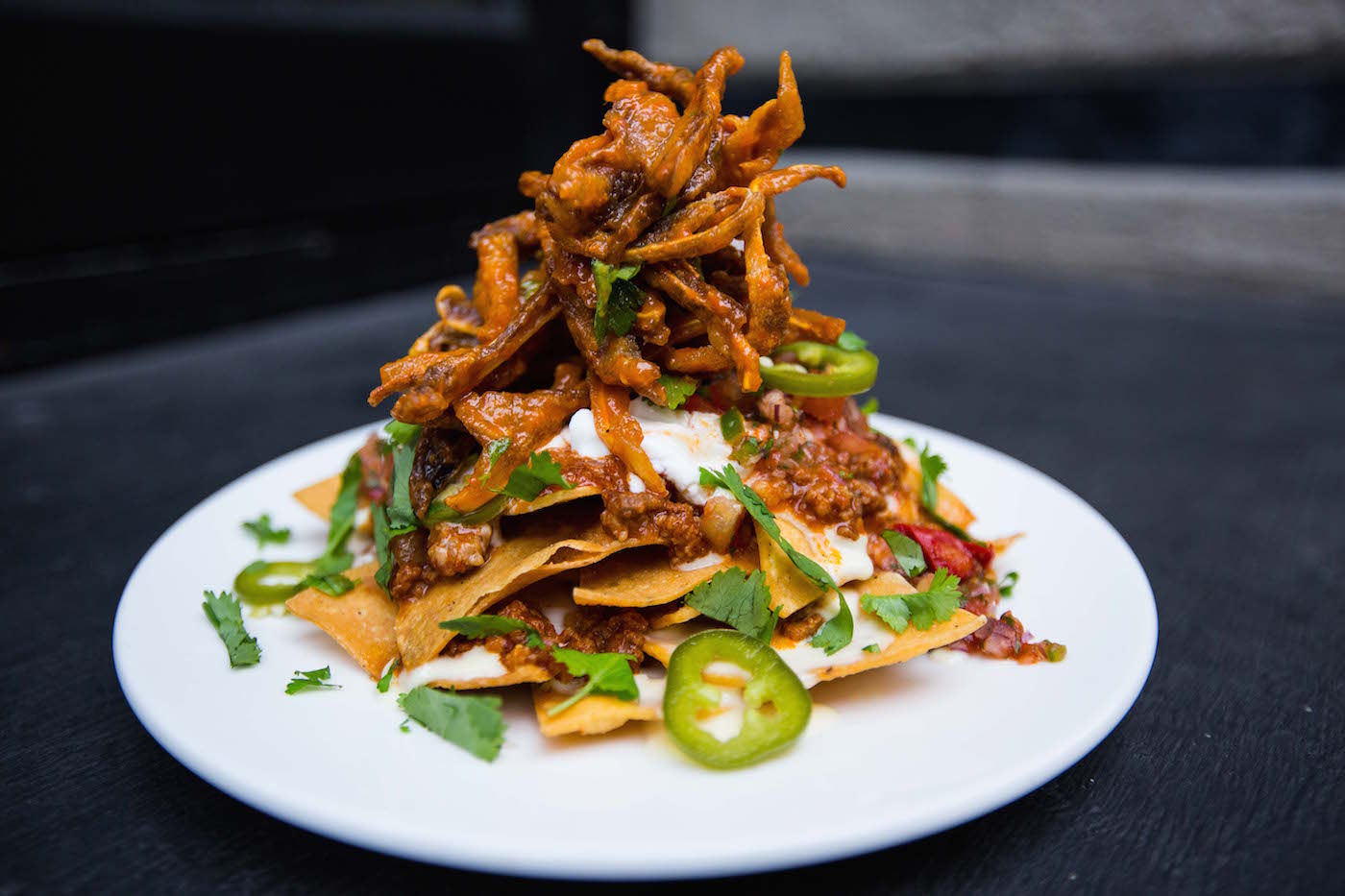 Looking to the past and seeing what works, then taking these essences and carrying them forward to what could be possible is what the new menu encapsulates. You might not have heard of many of the new ingredients being used, but the dishes instantly transport diners to whimsically familiar flavours, like a shrimp cocktail or baby back ribs. Settling down into the warmly wooden dining room, a plate of polenta crumbed New York oysters ($38 per piece) atop a moat of homemade buffalo sauce and smothered in blue cheese dressing. Not usually a fan of cooked oysters, we hesitantly poked around the bivalve, but to our surprised pierced straight through–so tender was our first course. These were fresh and sublimely paired with the sauces, well worthy of being the flashy first act. A martini glass laden with shrimps ($158) as big as our heads (we have small heads) and homemade cocktail sauce were above average, as was the pork cheek chili nachos ($118), which–in a rare display of heedfulness–maintained a perfect ratio of chip-to-topping. Said toppings were far from drab, the likes of the chili, cheddar, sour cream, jalapenos and crispy pig's ears were all piled on top of the tortilla chips. Equally masterful was the maple glazed bacon with gorgonzola slaw ($108), and roasted pork belly with spicy tomato and smoked scamorza. 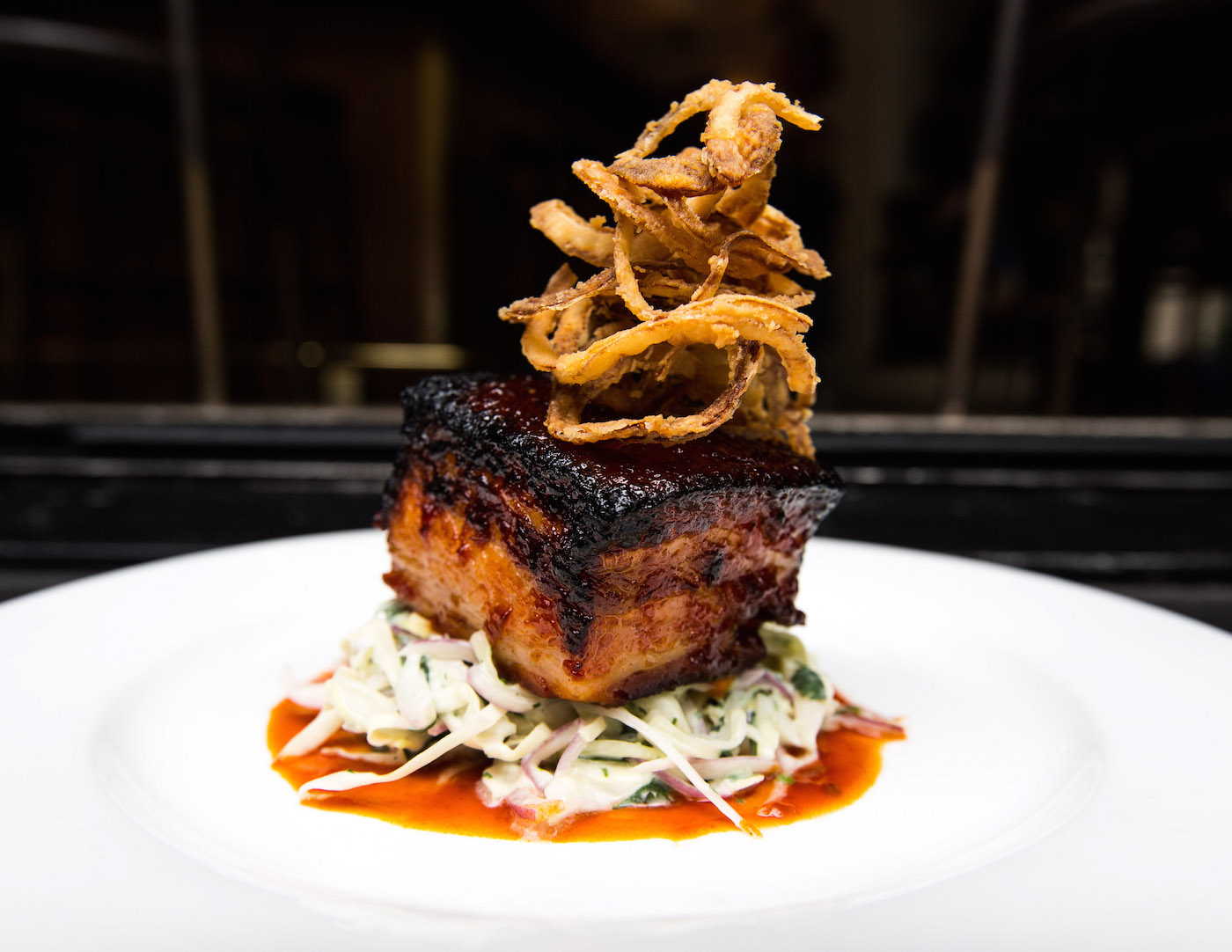 Roasted local organic vegetables ($58) paid a brief nod to healthy living before making way for the southern fried free range local chicken ($158), mac and cheese with an organic egg yolk ($128), a chicken pizza with jalapenos, cheddar, crispy onion and cilantro ($138) and maple barbecue glazed half rack of ribs with gorgonzola slaw ($198). Dangerously tasty, every single item had thoroughness wafting from it as potently as the wood-smoked aromas. 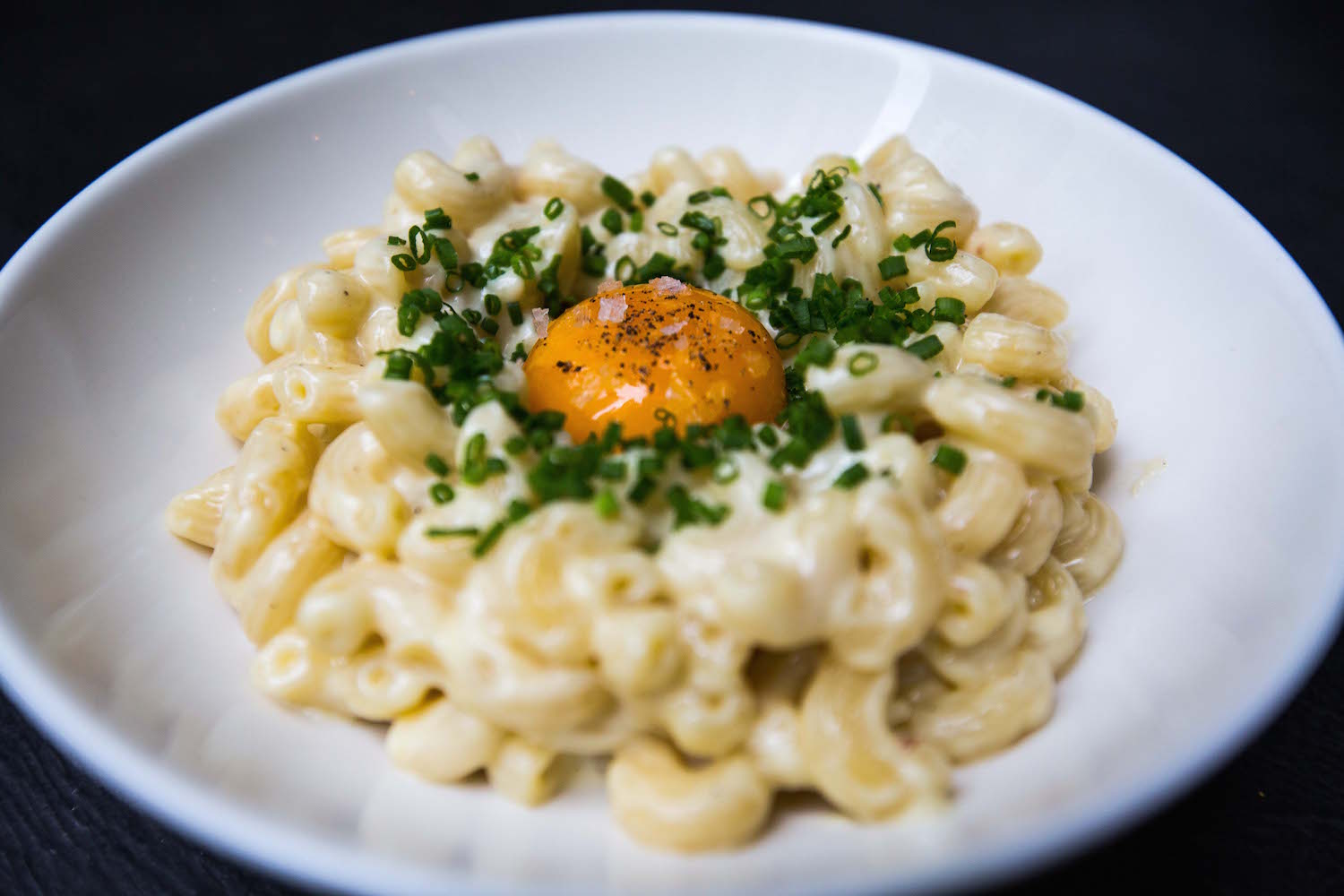 The ribs fell of the bone, the egg yolk mac and cheese was mixed table side, and the chicken, though strangely a little bland in the meat, was crusted with a golden skin even momma would approve of. Our only comment was that we could have done with a more balanced pizza, as the tomato base was too sugary, as is nearly always the case with bbq pizzas. Still damn tasty. 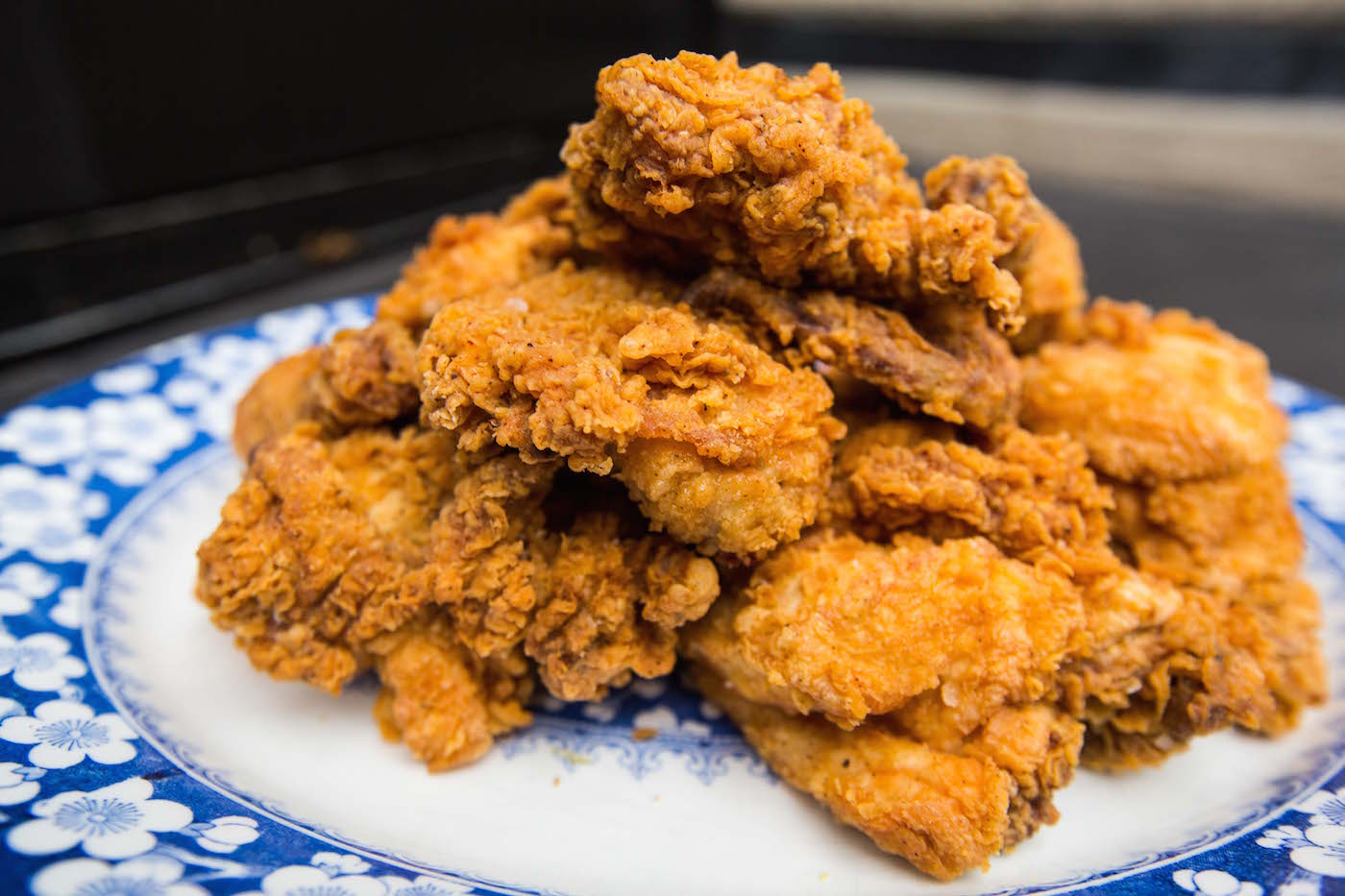 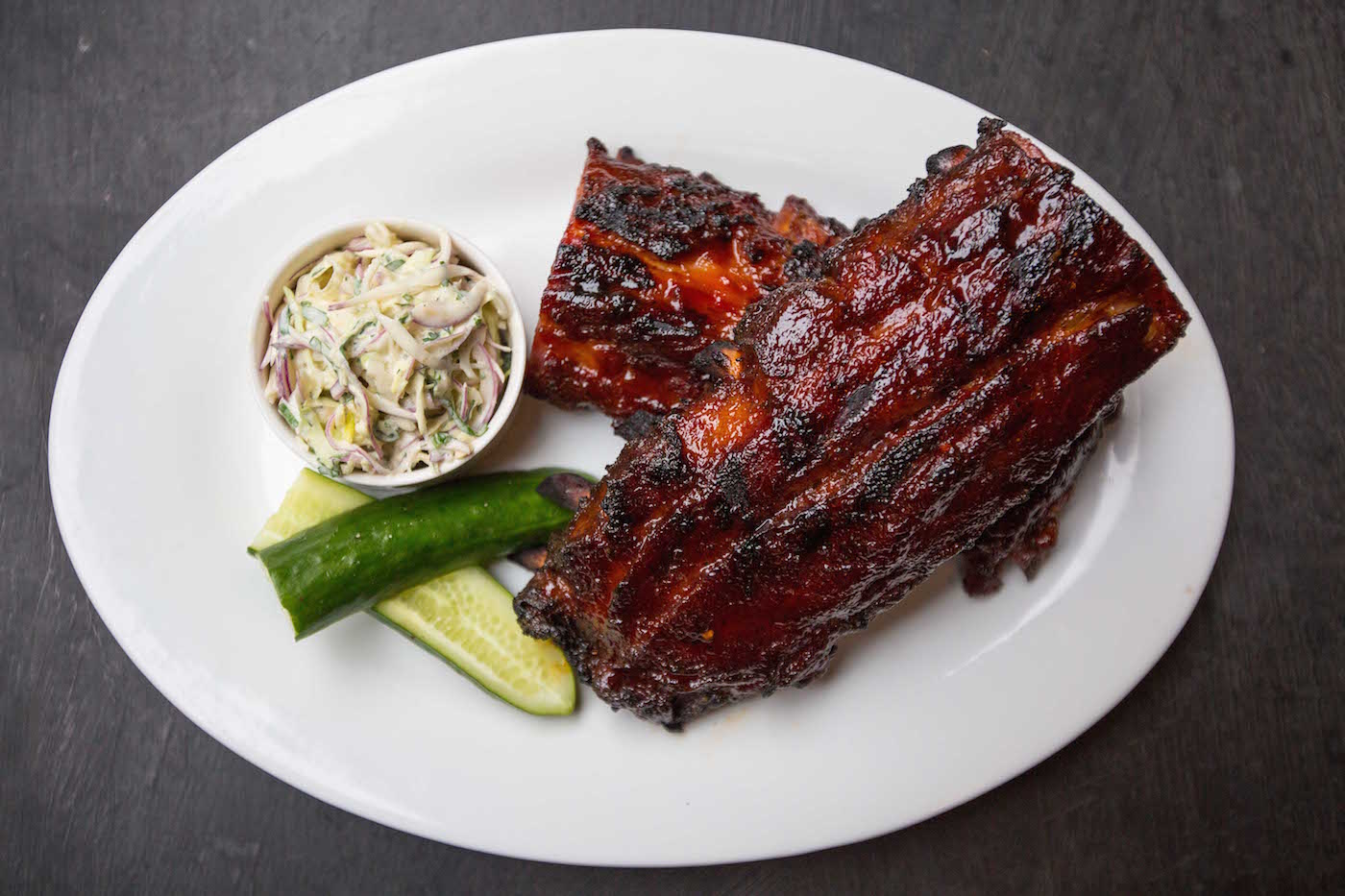 Binging ourselves witless, it seemed a shame to not tuck into a slice of fat kid cake (their name not ours; we speak calm to the politically correct), which for a mere $80, will bring you a slice of cake that appears composed of every dessert ever. Get ready for layers of red velvet cake, cheesecake, dark chocolate mousse, and creme brulee. We then passed out. 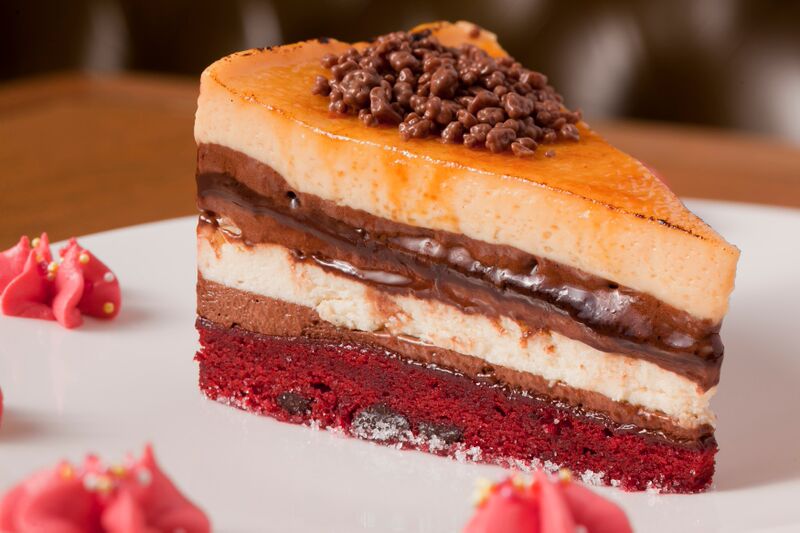 Verdict: Not only does all of the menu showcase the restaurant's affinity for locally sourced food,  their cooking also defines what American food is. Creativity and expertise in the kitchen are what make eyes go wide when meals arrive to table, but it is the careful combination of genial and knowledgeable staff, dramatic playlists from the 90s and American whiskeys that will keep the Tavern a stalwart of Hong Kong's favourite restaurants list.